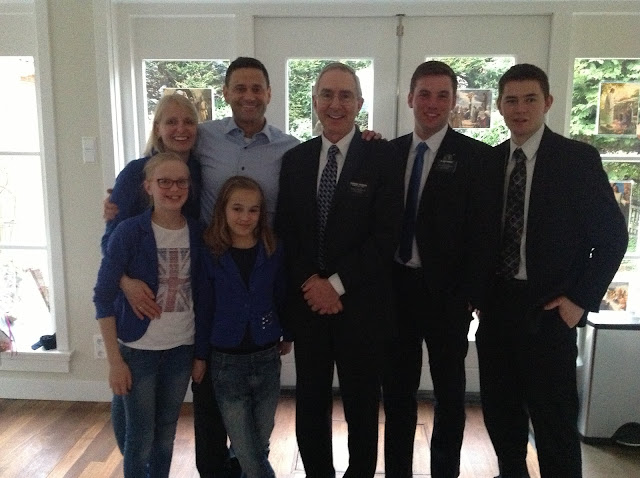 Thanks for a wonderful Indonesia meal Sister Oddens!  Heel lekker!. And thank you President Oddens for your love and support of the missionary efforts in your stake.  The work is definitely 'hastening', both for missionaries and church members. You are inspired and have the vision for your stake.
Posted by Zuster Robinson at 6:00 PM