On October 24 and 25, 2012, it was extremely difficult to say goodbye to so many of our great missionaries. In just four short months, we have grown to love these missionaries and have valued our time serving with them.  They are outstanding.  They will all be very blessed for the job they have done while serving the Lord in the Belgium Netherlands Mission.  We are expecting great things from them! 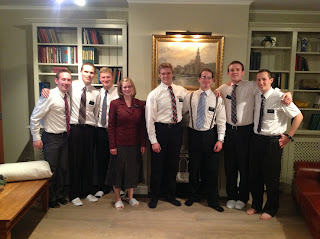 With many helping hands, dinner was served and enjoyed.  Then I was politely removed from dish duty by Elder Jones and Elder Davies.  Again, many hands made clean up fun! 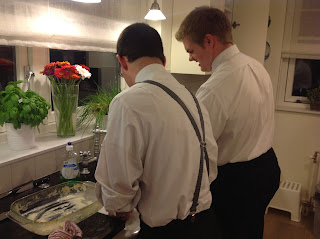 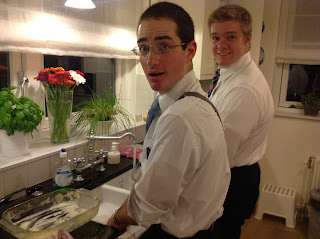 Thanks Elder Jones and Elder Davies

Afterward, we had a wonderful spiritual evening of testimonies and goodbyes. 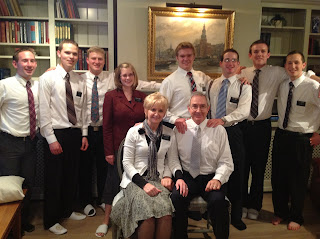 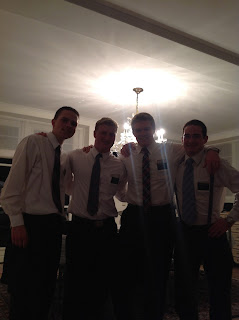 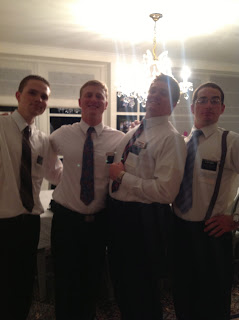 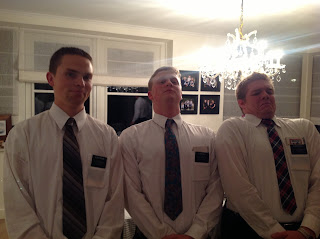 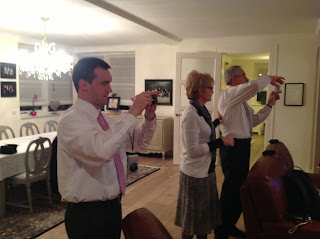 What it looks like behind the scene.
Elder Schulte, Sister Robinson, President Robinson

It was an early morning departure from the mission home.  We left at 6:00 am to get to the airport in time.  After their last train ride from Leiden to Schipol, we started the process of getting them on their way home! 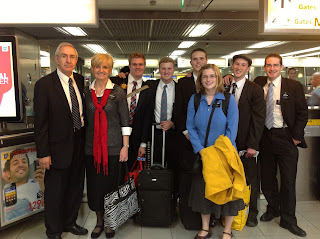 Tot ziens!  God be with you 'til we meet again!

Posted by Zuster Robinson at 8:47 PM