Friday, July 27, 2012, all District Leaders met in the Mission Office in Leiden for training from President and for council with mission issues that involve their districts. These Elders are a fine group of missionaries.  It falls on their shoulders to train their Districts every week, collect reports and forward to Zone Leaders.  These missionaries are the real 'back bone' for getting the 'water to the end of the row'.  Dank ju wel Elders.  You are doing a fantastic job. 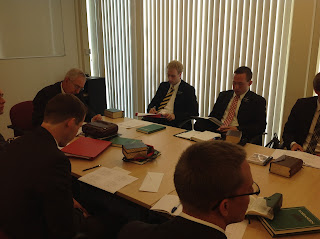 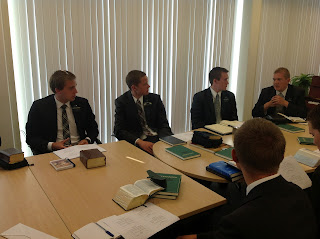 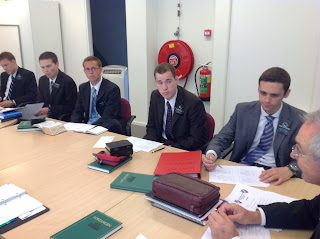 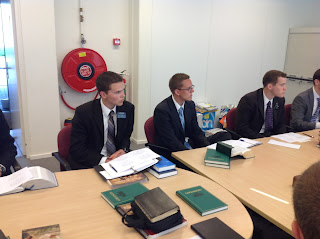 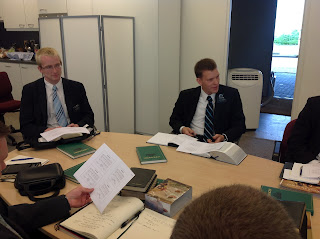 We had a great training day!

Posted by Zuster Robinson at 6:47 PM