On Tuesday, July 17, 2012, President and I traveled to Amsterdam for the Amsterdam and Almere District Trainings.  The AP's Elder van Overbeek and Elder van de Graaff picked us up at Amsterdam Centraal Train Station to take us to the church. (Yes, it was raining again).

We sat in on the Amsterdam District Training with Elder Maughan teaching about why baptism is so important and how to better use the Investigator Teaching Calendar.

Here are the companionships in the Amsterdam District. 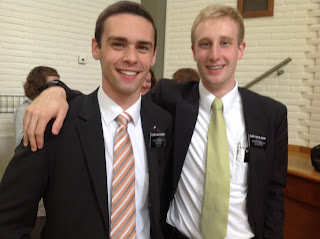 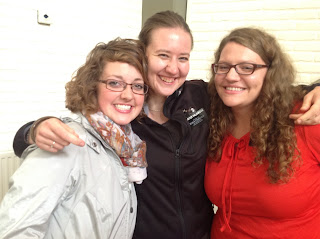 Sister Moses and Sister Palenikova (Sister Stout had to be in the picture with best friends, she is in the Almere District) 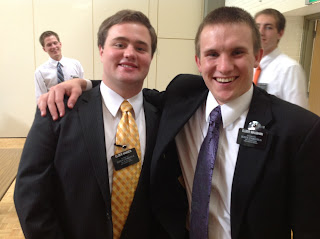 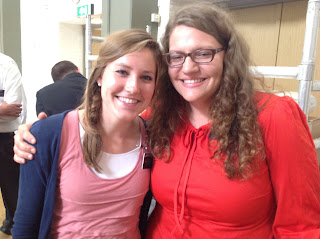 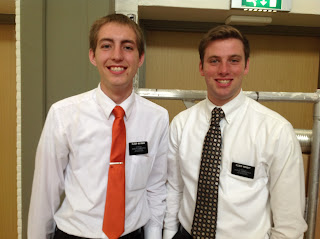 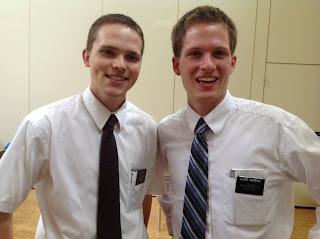 Elder Bjork and Elder Farmer got away too fast. 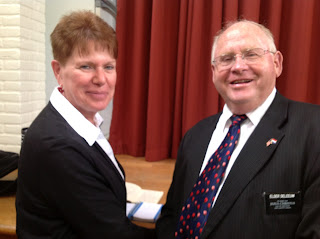 Sister De Leeuw and Elder De Leeuw, our wonderful Senior Couple in Amsterdam.  Thanks for the wonderful lunch! 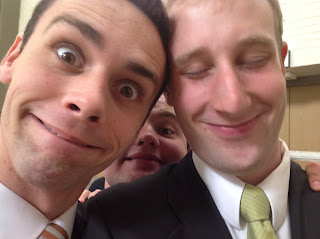 Elder van Overbeek and Elder van de Graaff just have to put a spark of humor in the day, somewhere.  So Elder Hansen decided to add to it!  We love all the Elders in these districts and the Sister are awesome.  Thank you for a terrific day in the Netherlands! 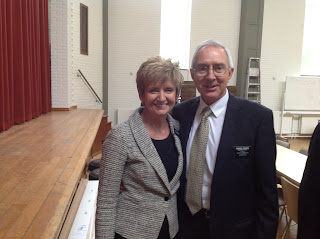 In the end, President and I are the real winners.  We have just spent our morning and early afternoon with some of the greatest missionaries on earth.  How luck and blessed we are to rub shoulders every day with the Lord's choicest servants.  Wij zijn dunkbaar!

Posted by Zuster Robinson at 12:52 PM