June 24, 2014 we welcomed Sister Bradley and Elder Bonner to the Belgium Netherlands Mission.  These are two really great missionaries. 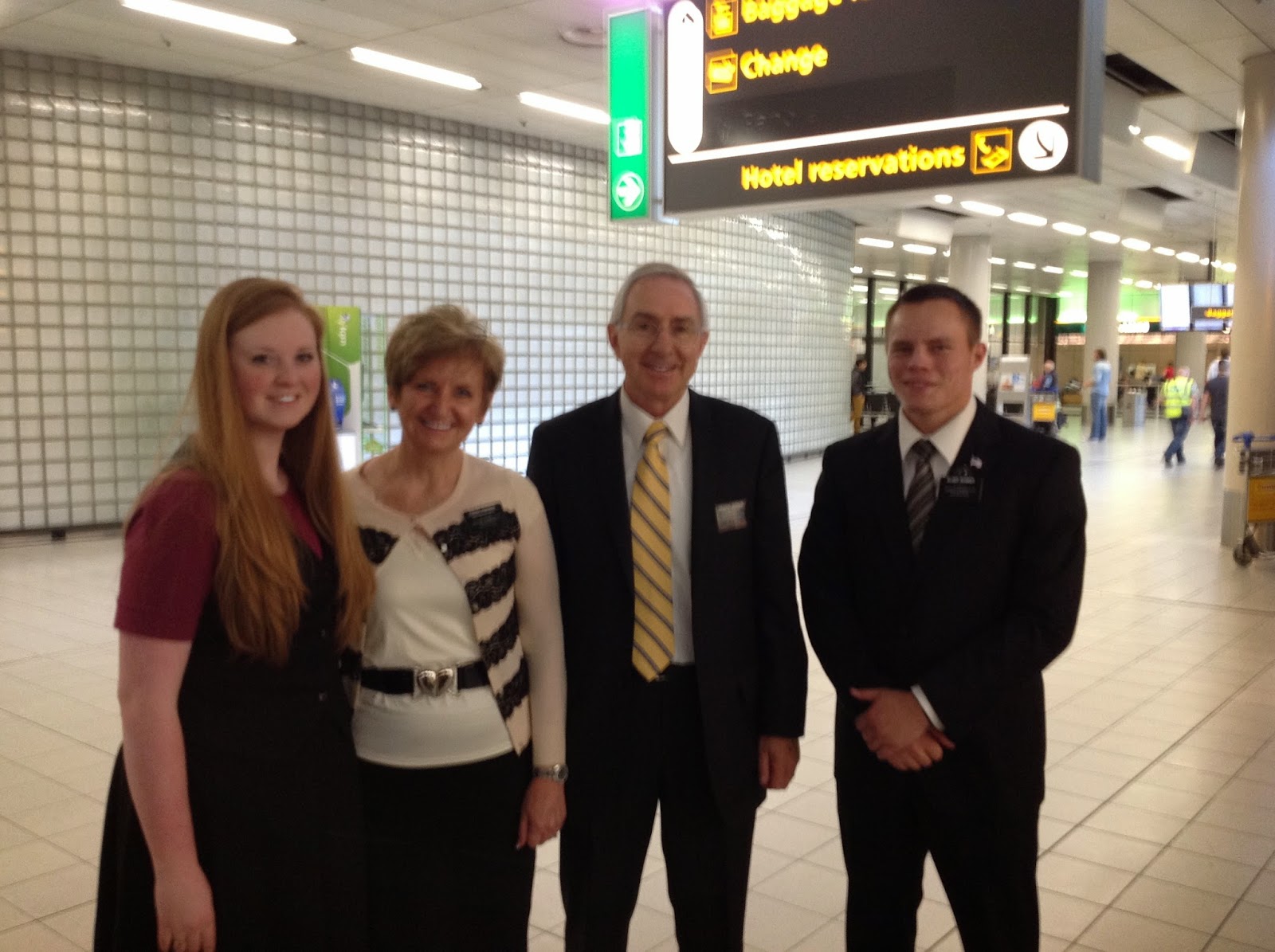 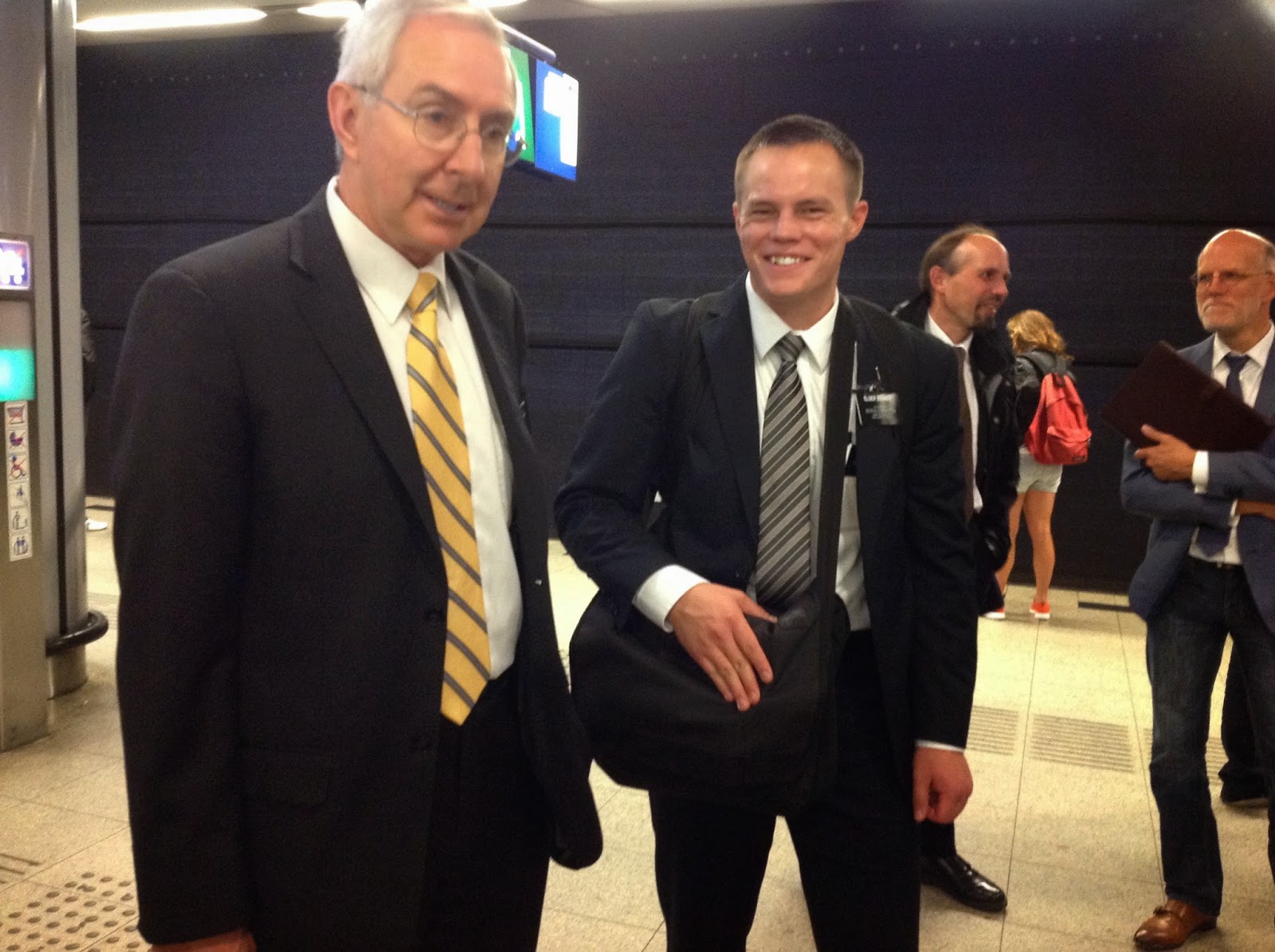 In the train station at Schipol waiting for the train to Leiden Centraal.
President Robinson and Elder Bonner 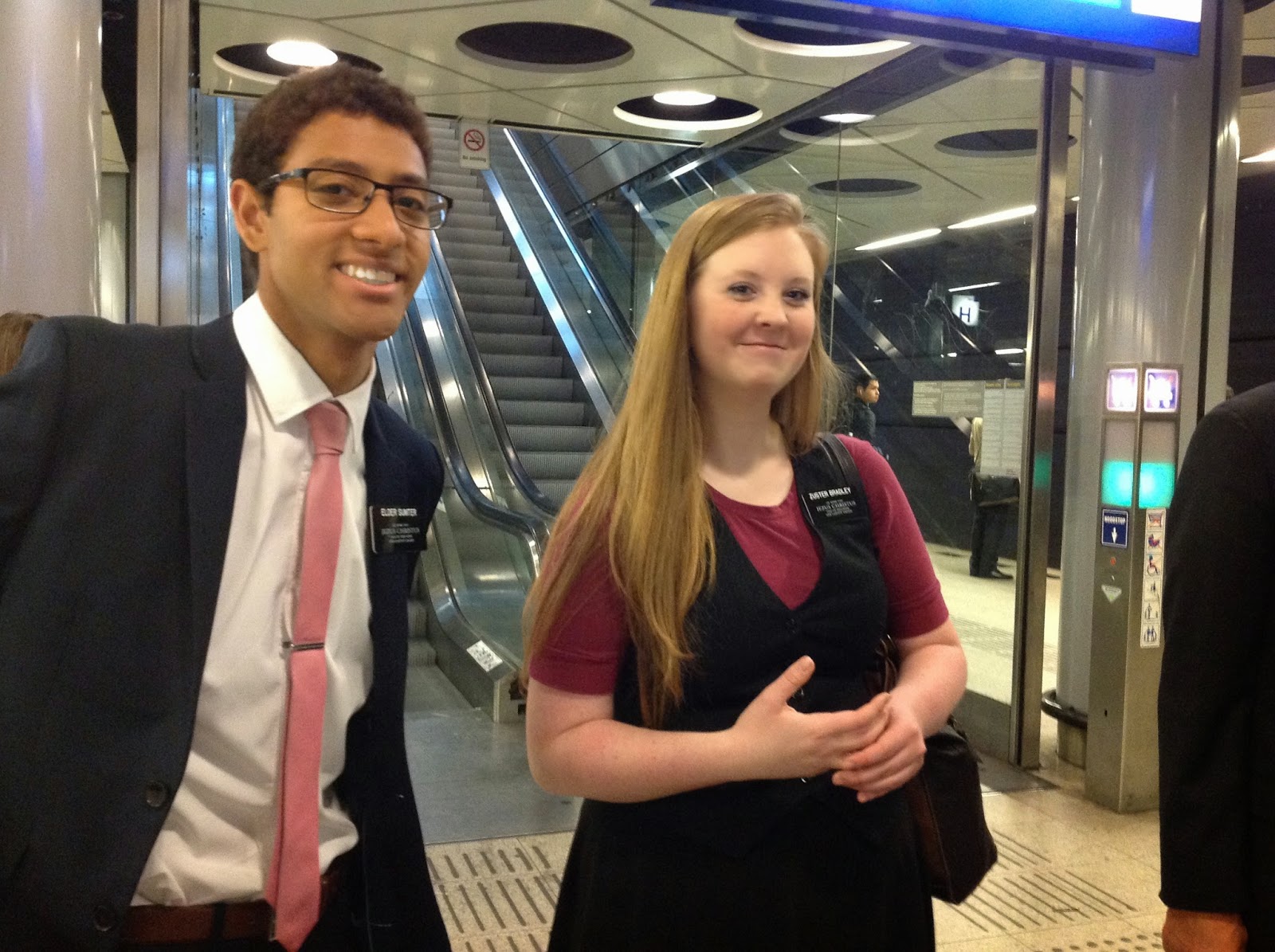 Elder Sumter and Sister Bradley at the train station 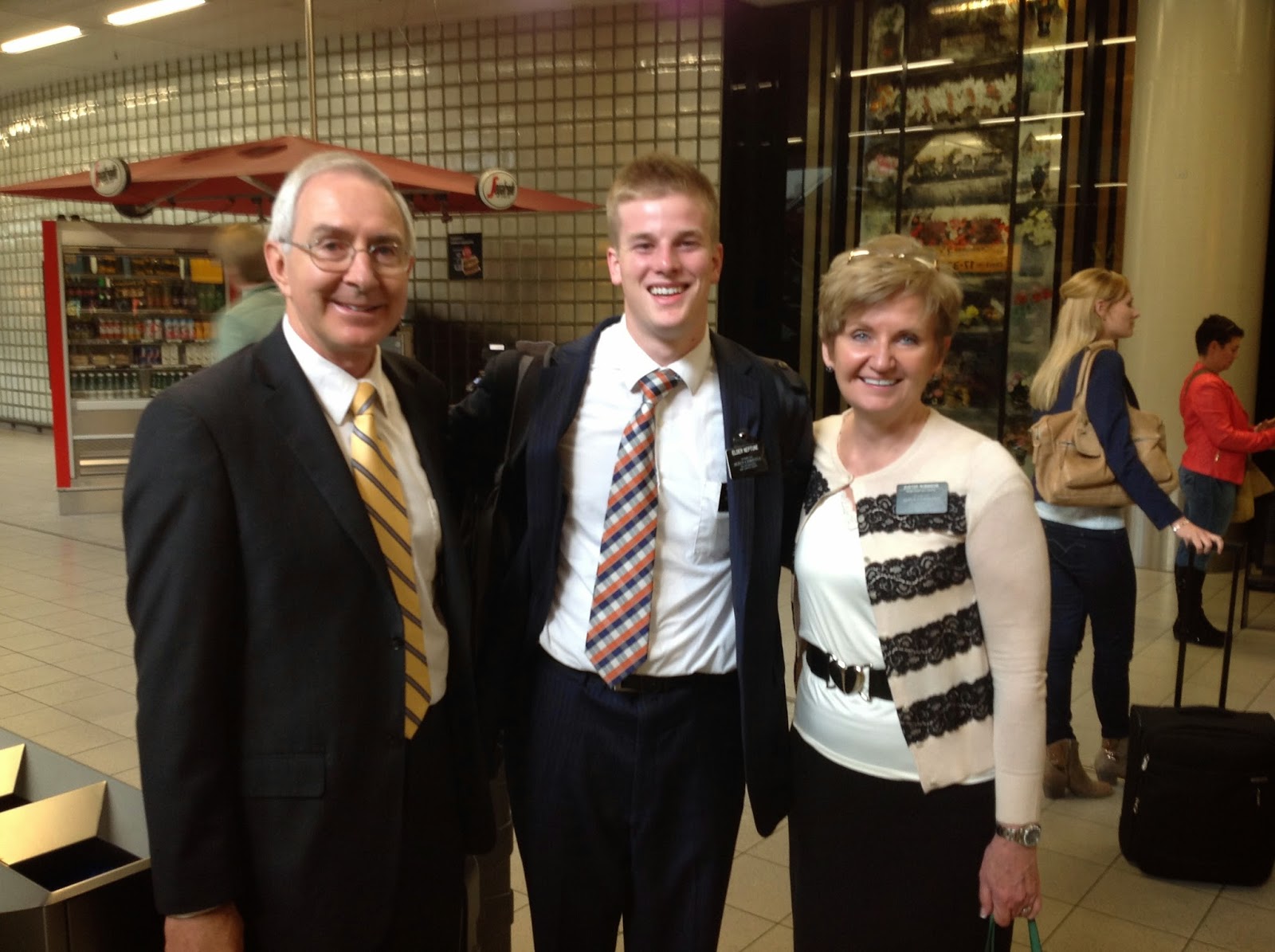 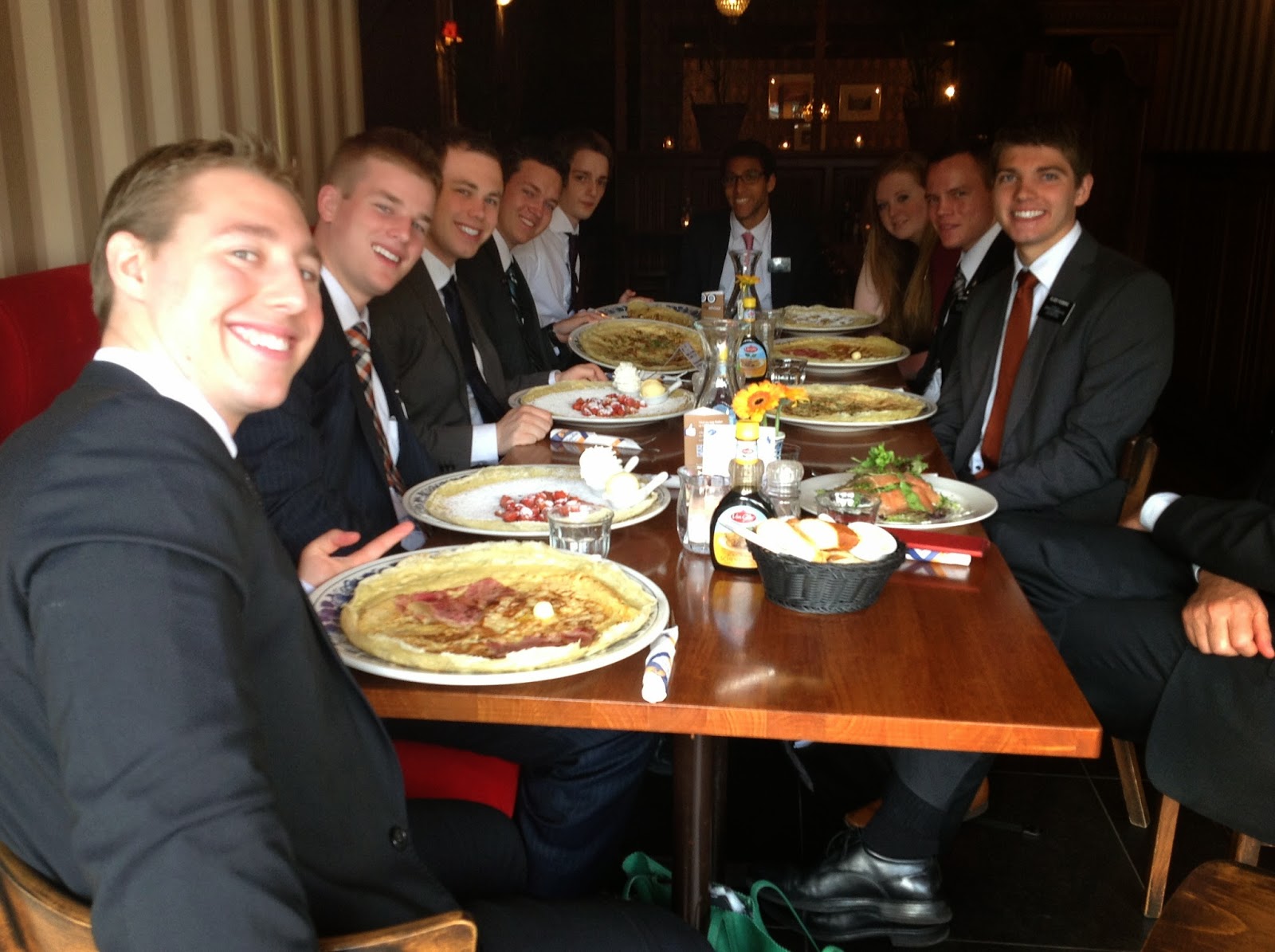 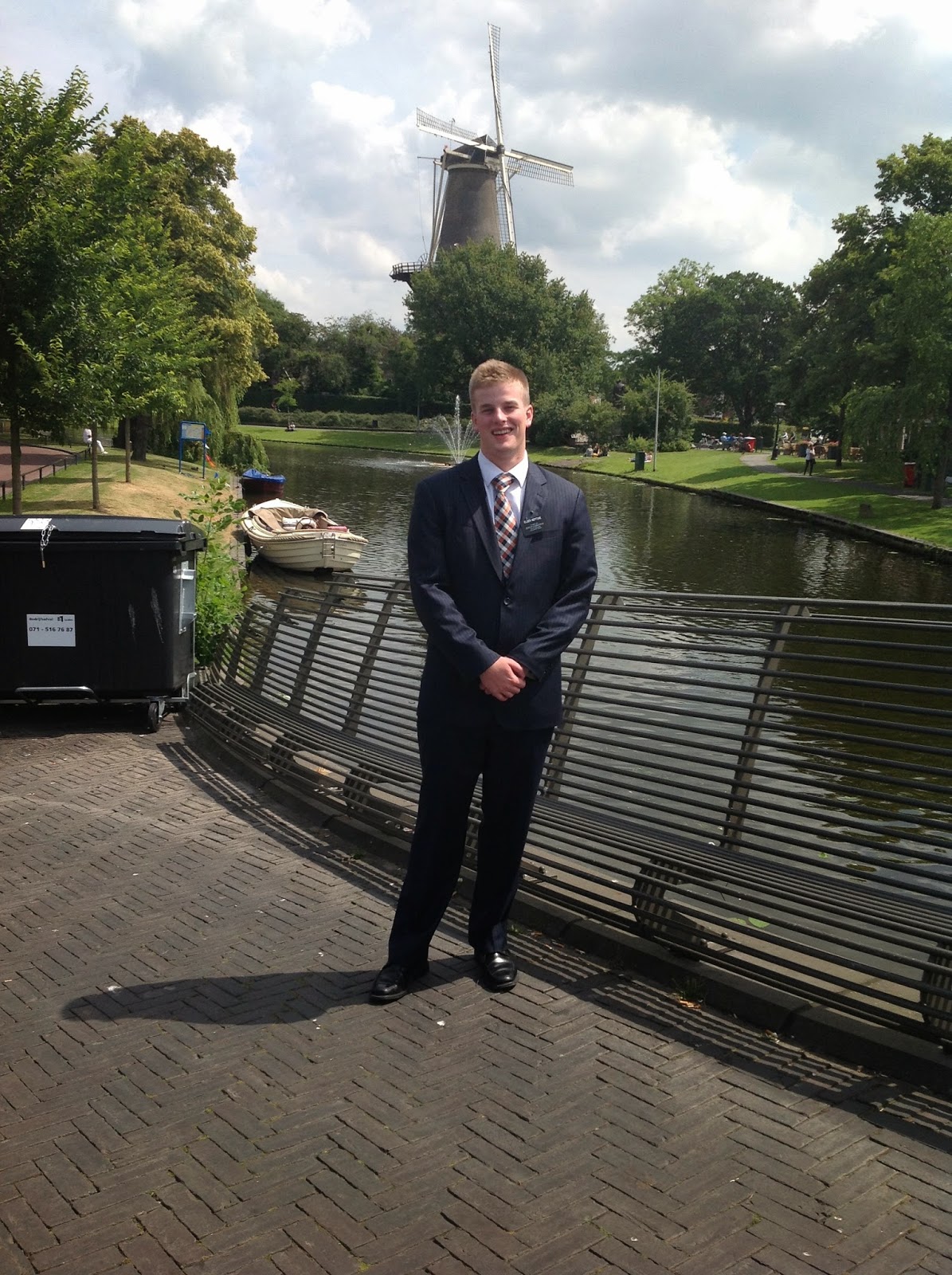 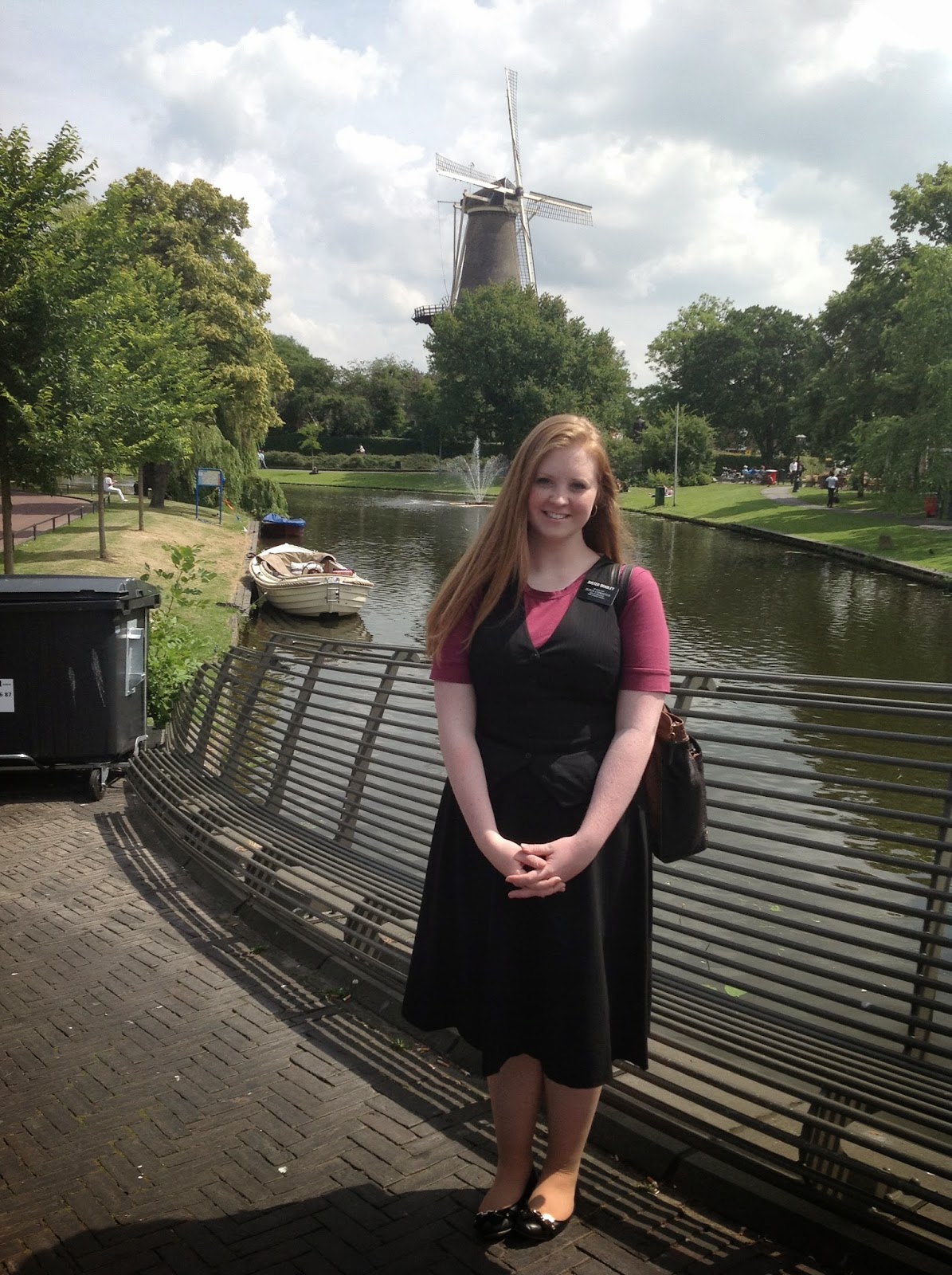 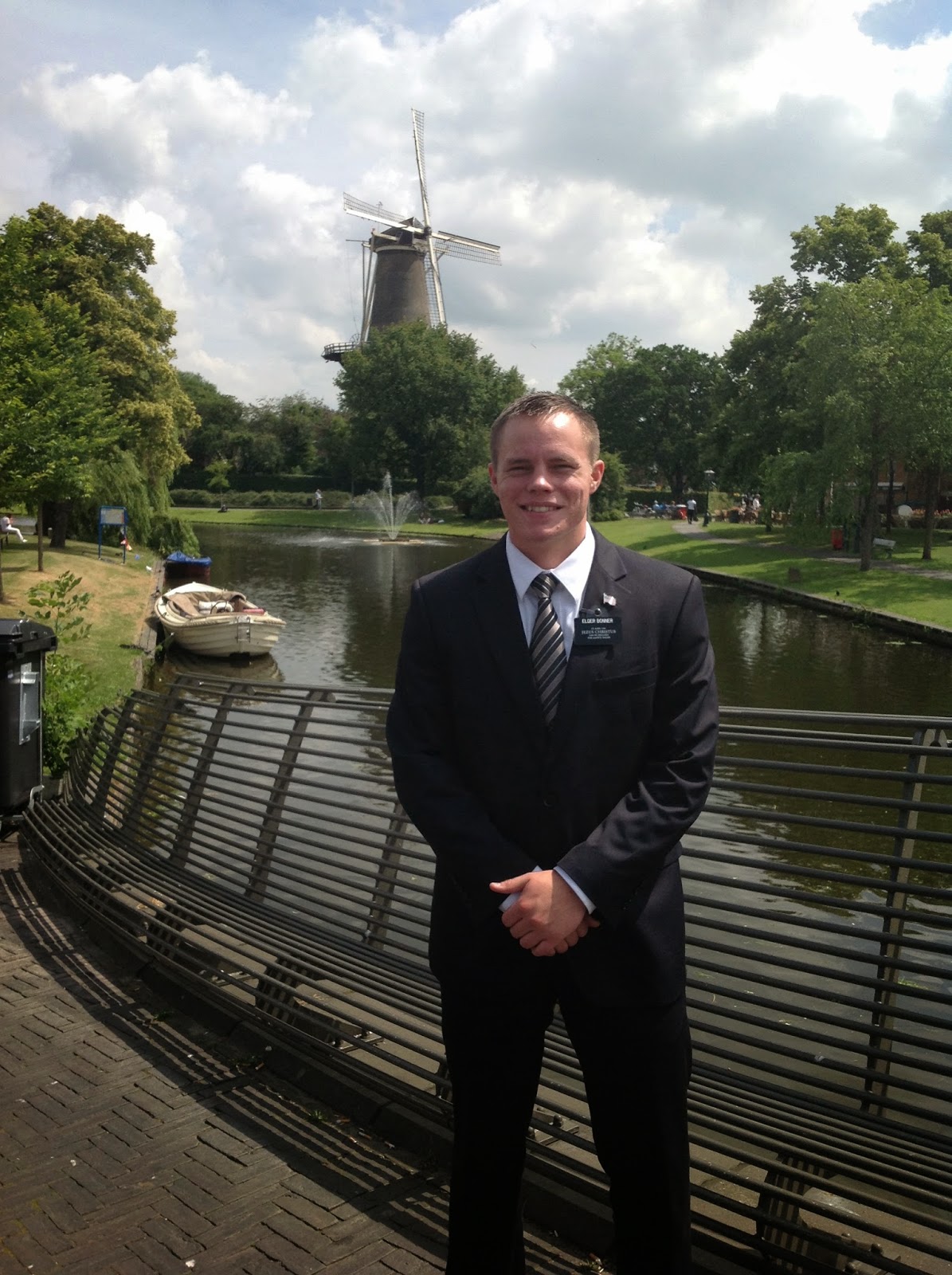 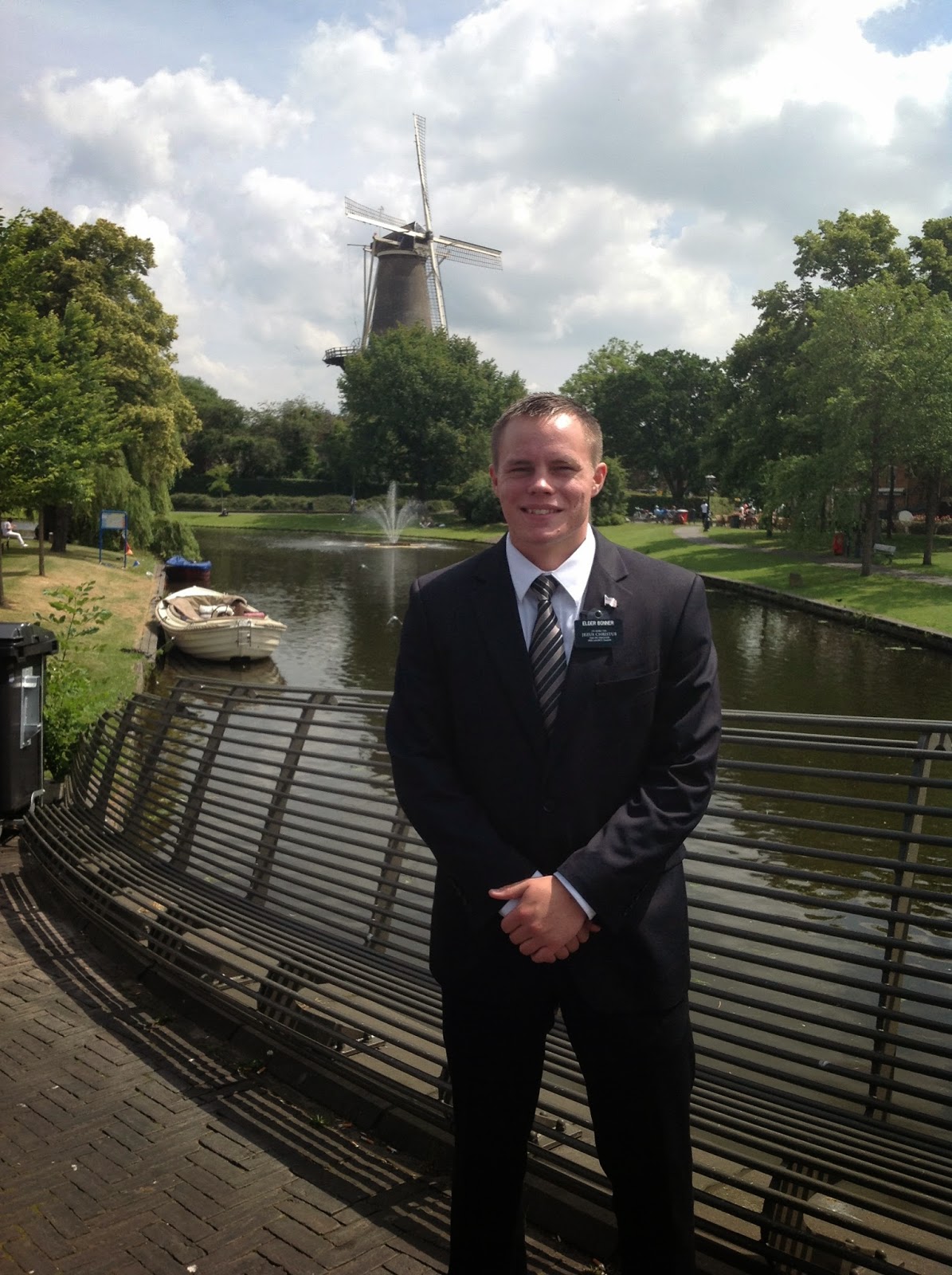 Then to the Mission Home for a nap and dinner.  After dinner we had a short Fireside and testimony meeting before opening their 'first call' letters telling them their new area to serve as well as who their companion and trainer will be for the coming transfer. 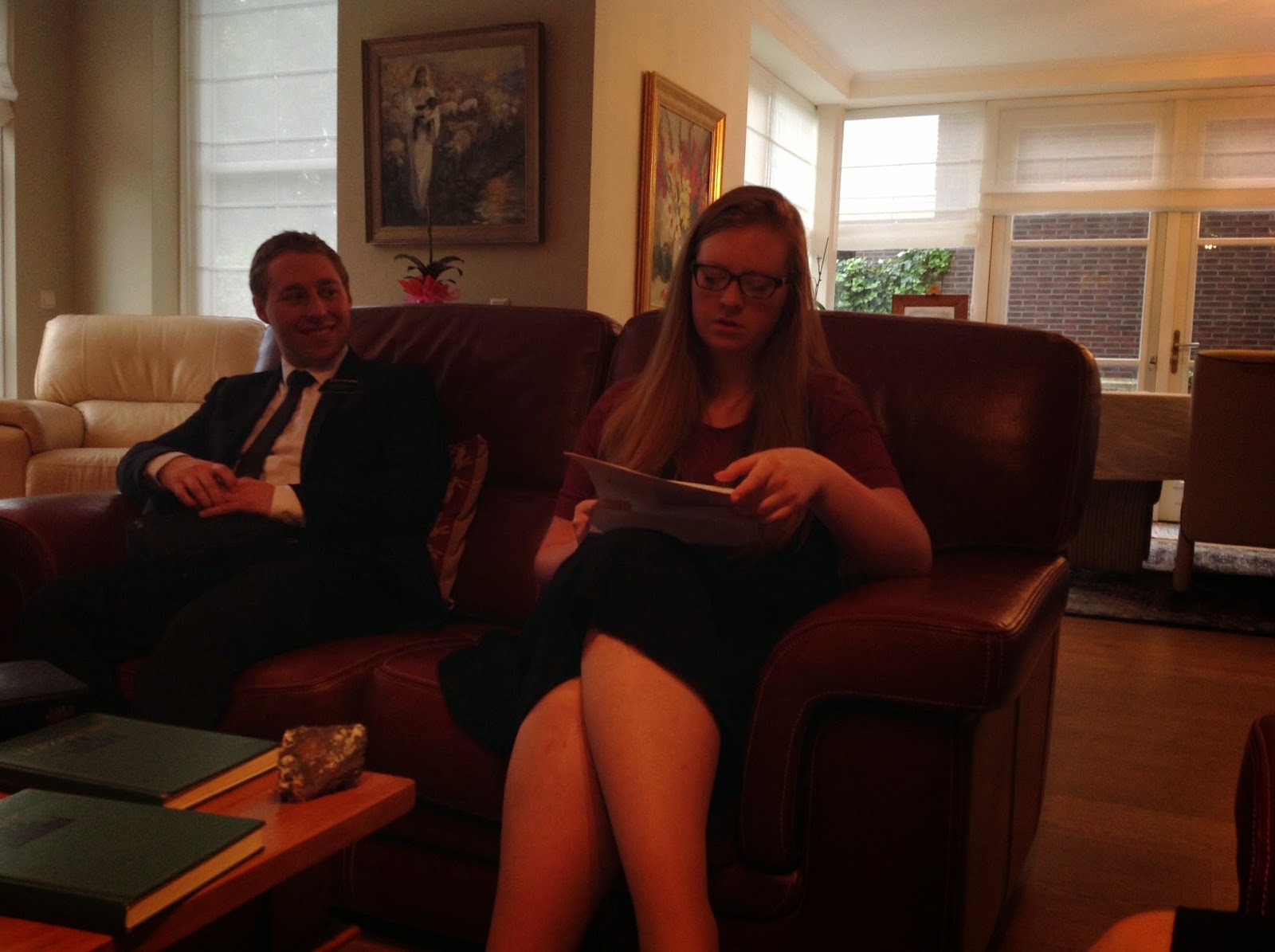 Sister Bradely will be serving in Amsterdam with Sister Aldous as trainer and companion. 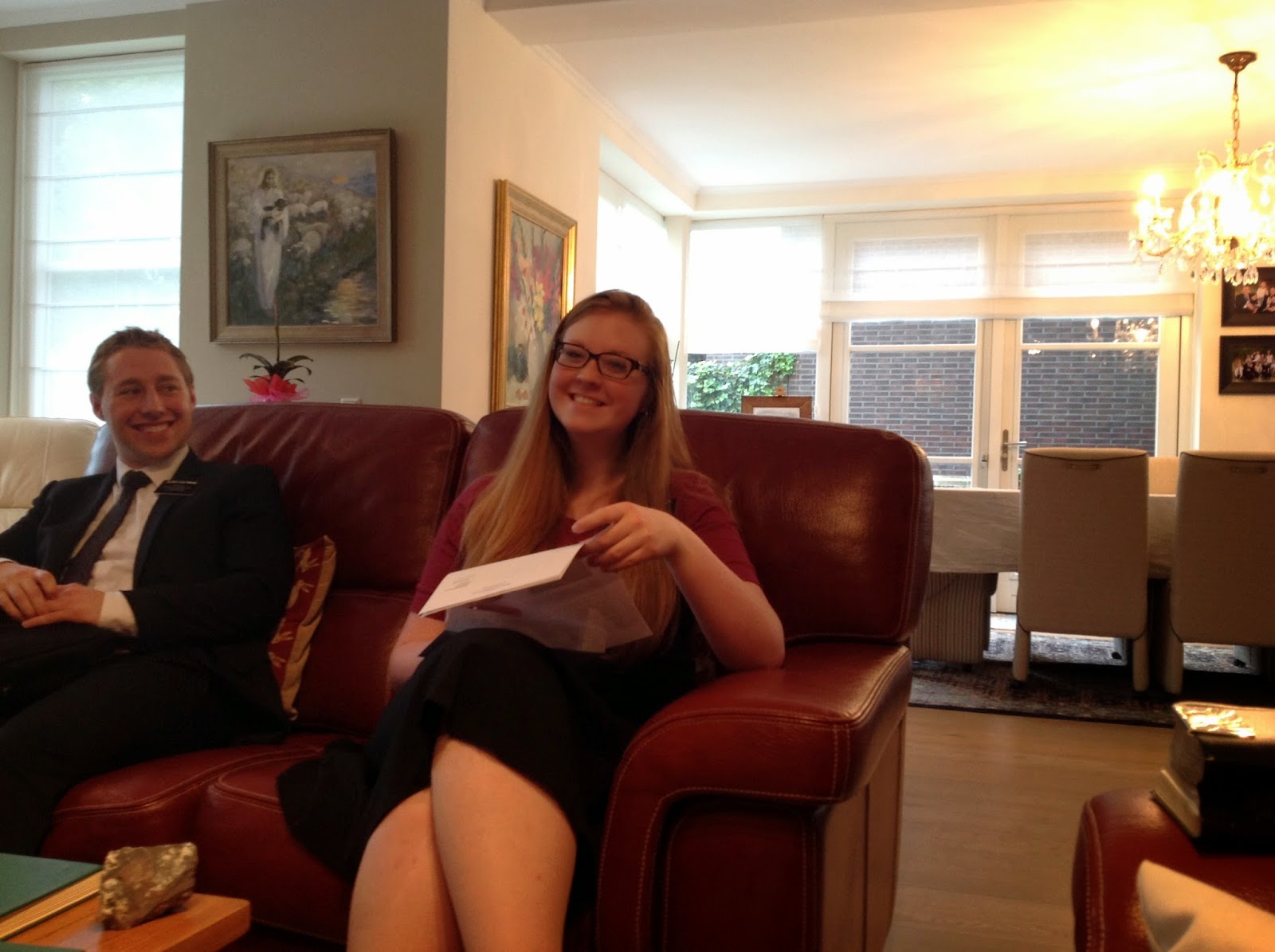 To serve in Amsterdam is a dream of many missionaries! 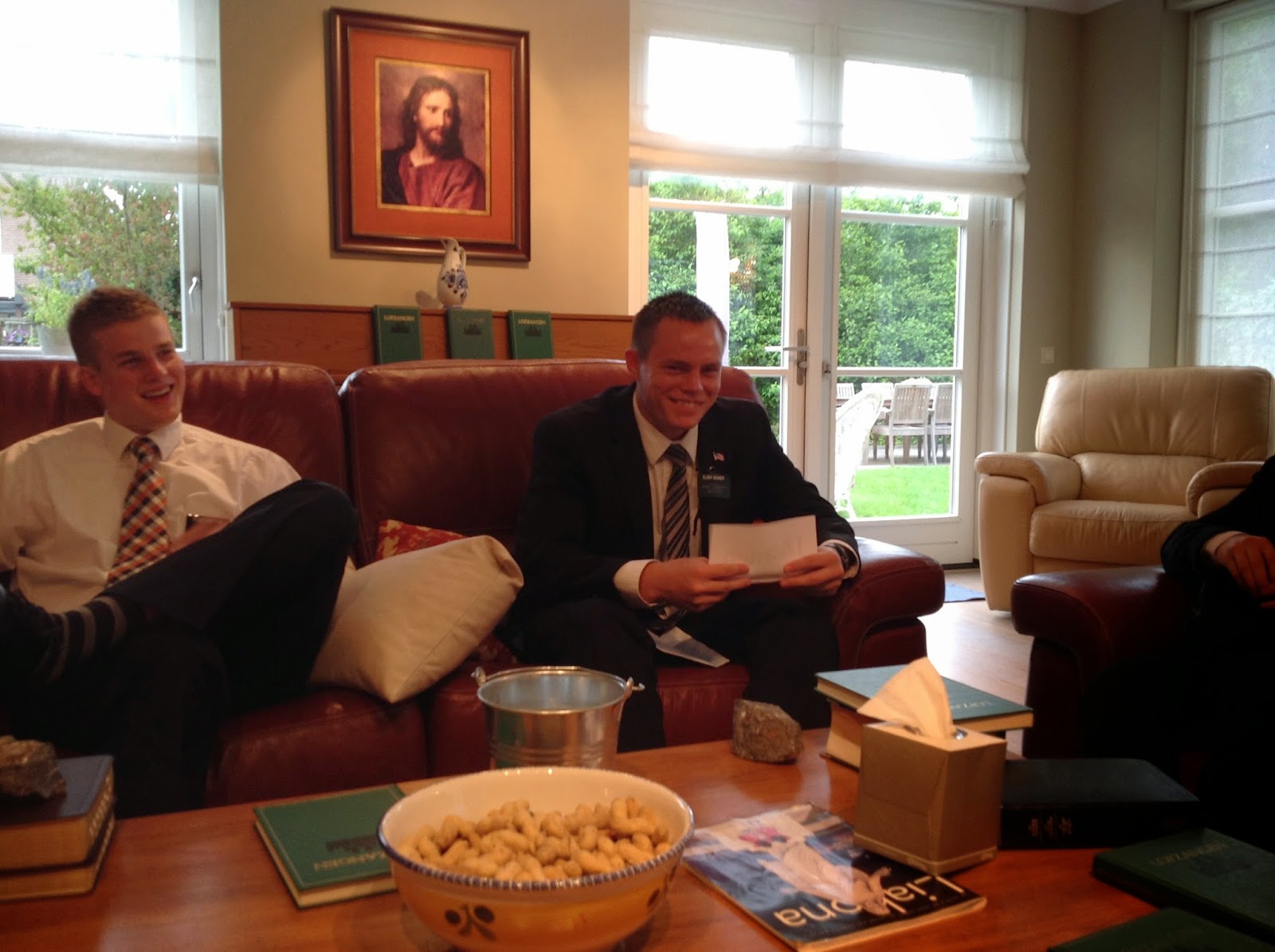 Elder Bonner will be serving in Amsterdam with Elder Larsen as trainer and companion.  Two lucky missionaries serving in the great city of Amsterdam. 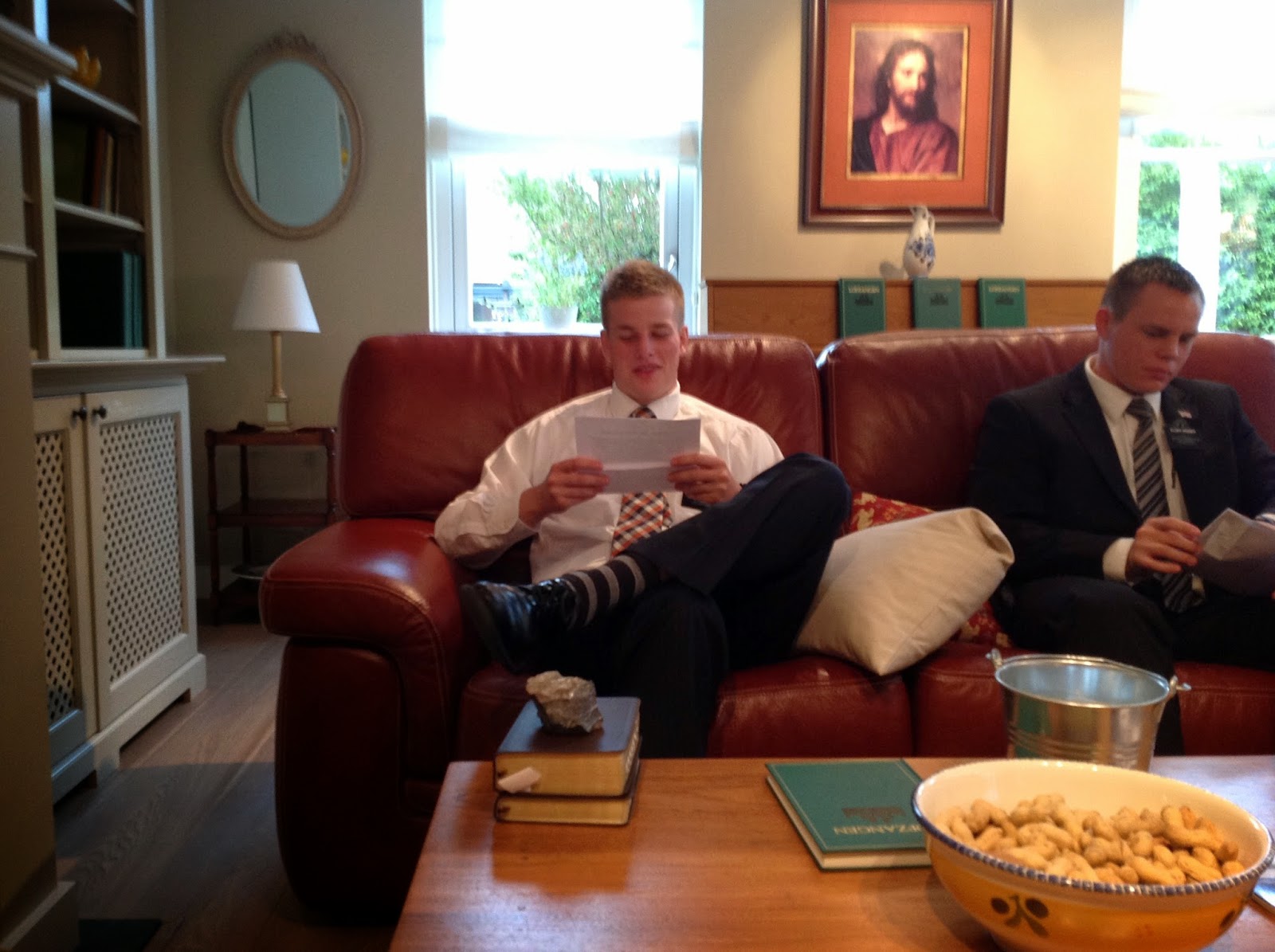 Elder Neptune will be serving in Leiden with Elder Goff as trainer and companion. 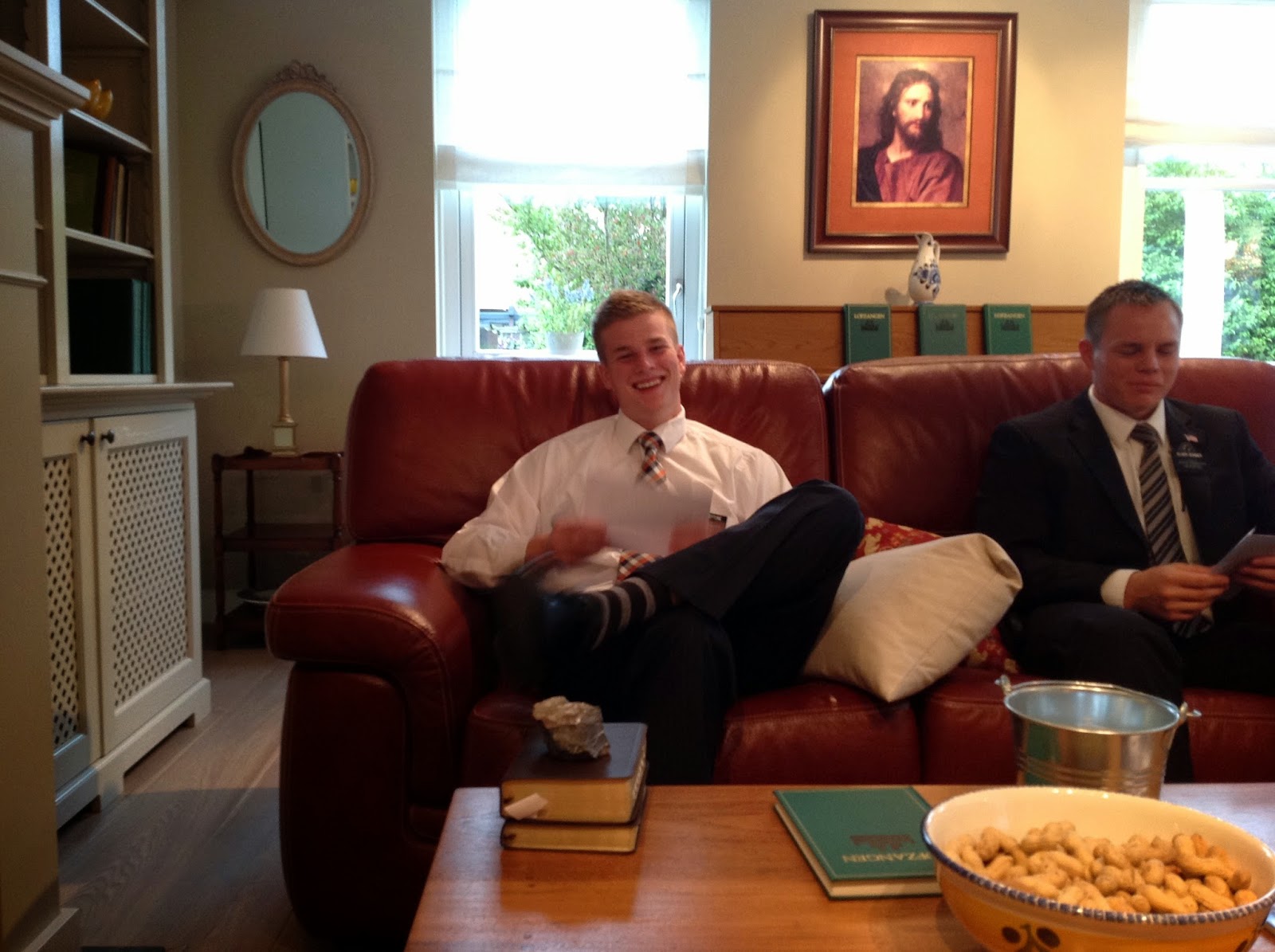 Elder Neptune could not be happier!

The next morning we went to the Mission Office to meet the trainers. 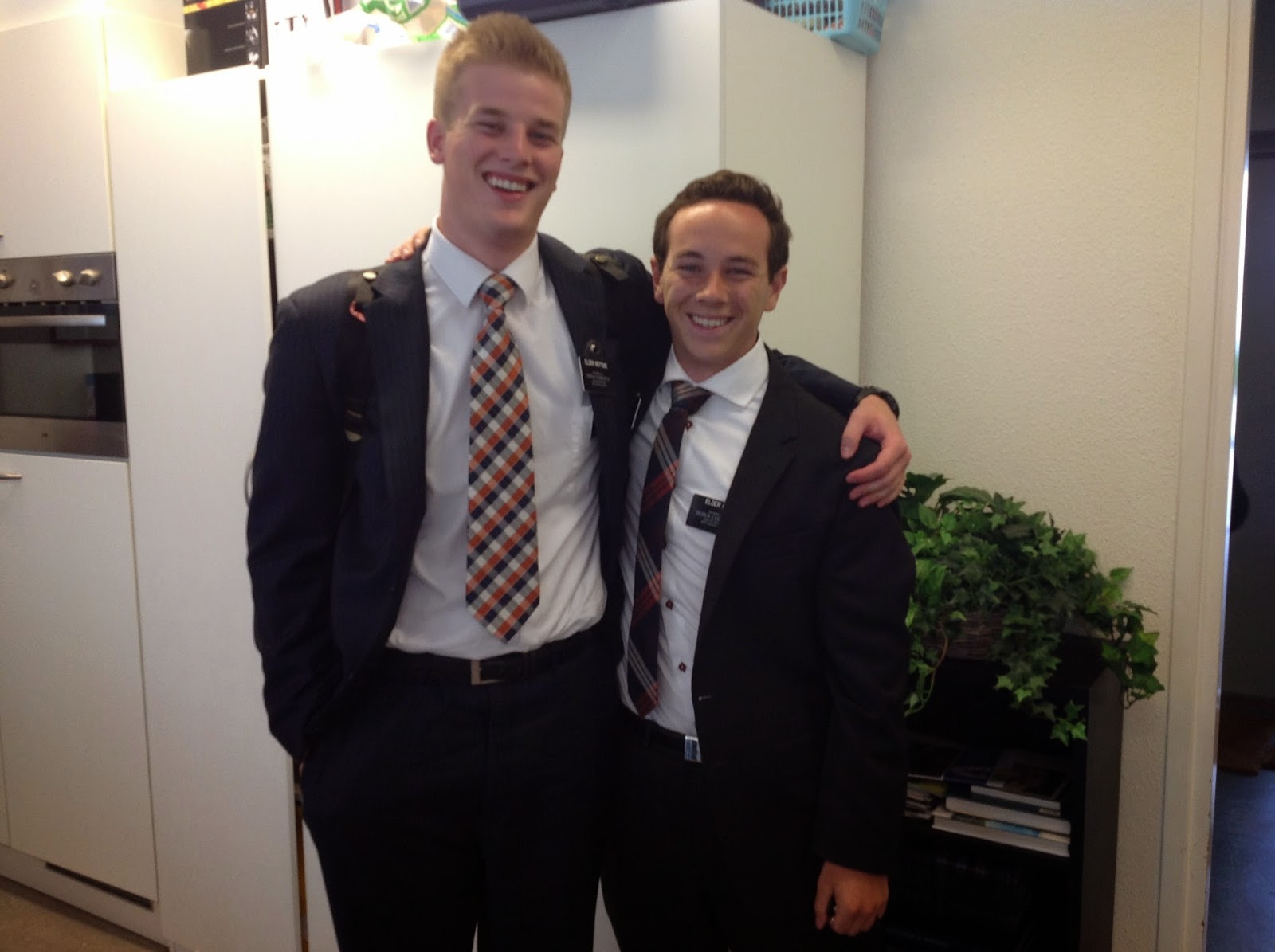 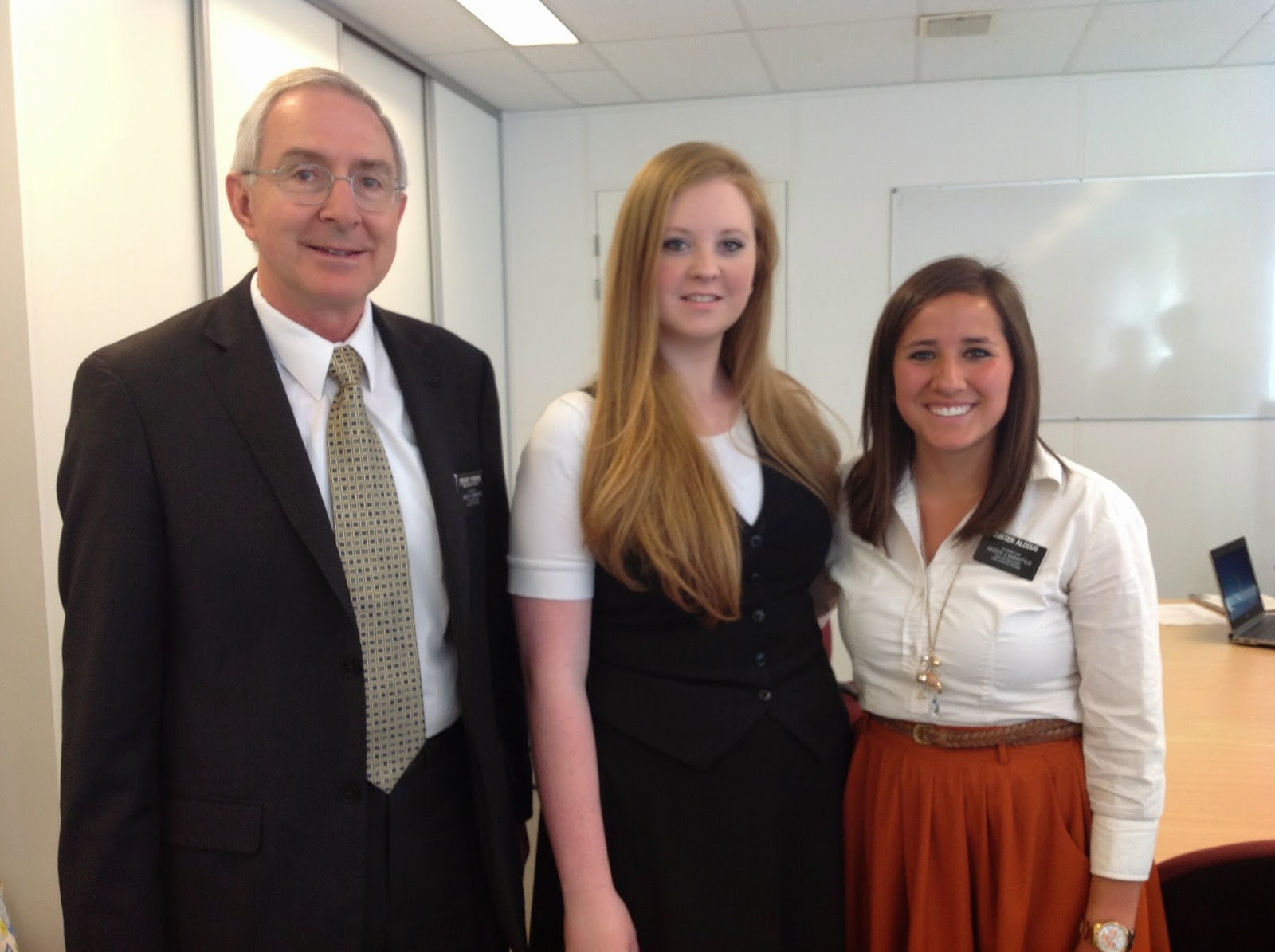 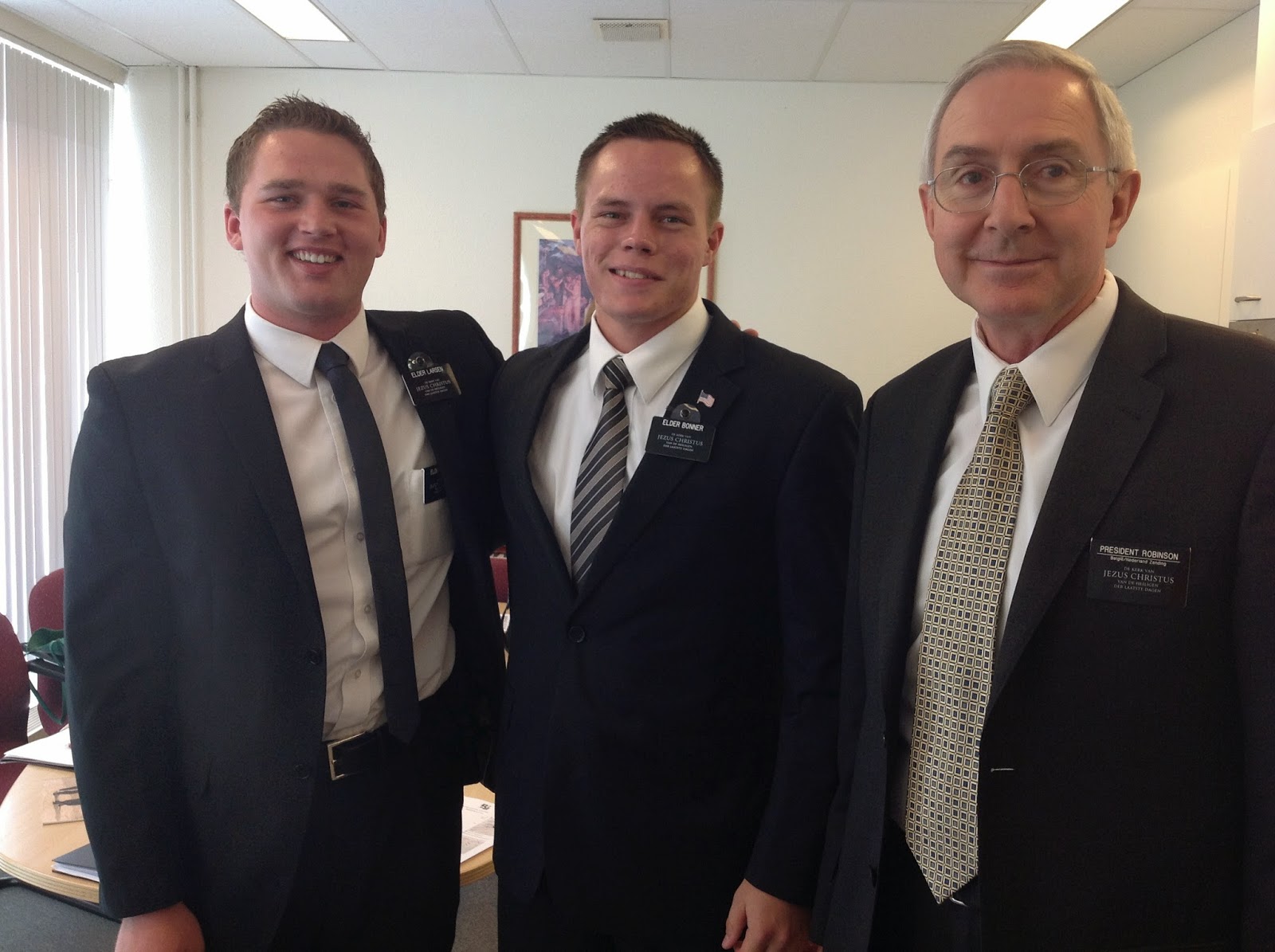 Now the real work begins. Out the door to the train station and missionary work.  The Spirit goes with them and we testify the Lord goes before them and is on their left hand and on their right….We love you missionaries.