Tuesday, December 31, 2013, we were invited to spent the last day of the year with member of the church who have become some of our best and dearest friends.

Tuesday morning, President Oddens invited President and me to a wonderful long walk along Scheveningen Beach.
We walked for about 45 minutes down the beach toward a brown pile on the beach.  The closer we got, President Oddens explained that it was an annual event where shipping palettes are stacked up and at midnight, and a hugh bon fire is lit for New Year's Eve.

Here is the results of 25,000 shipping palettes stacked on the beach. 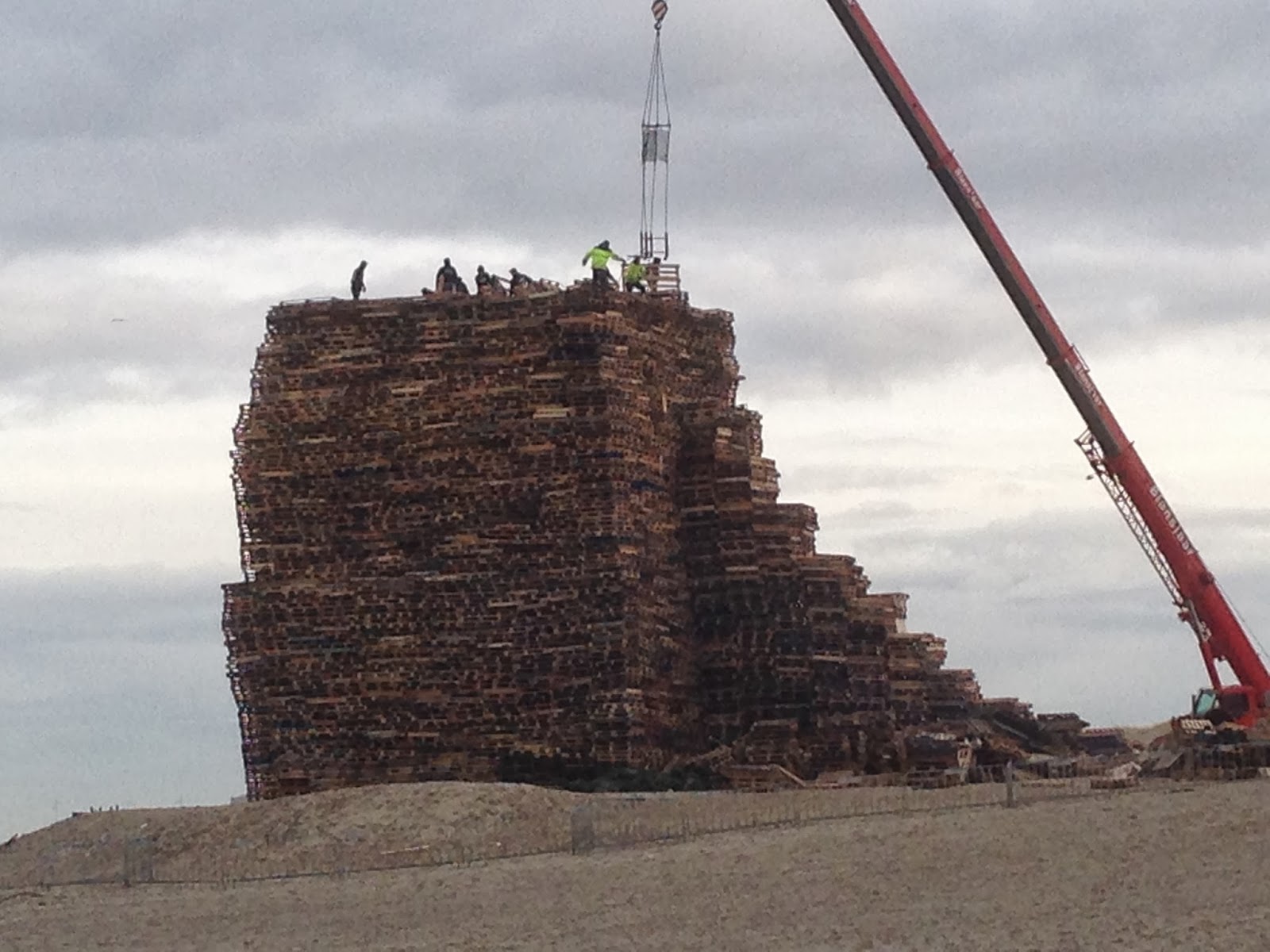 We are still a ways off, but it is looking pretty impressive. 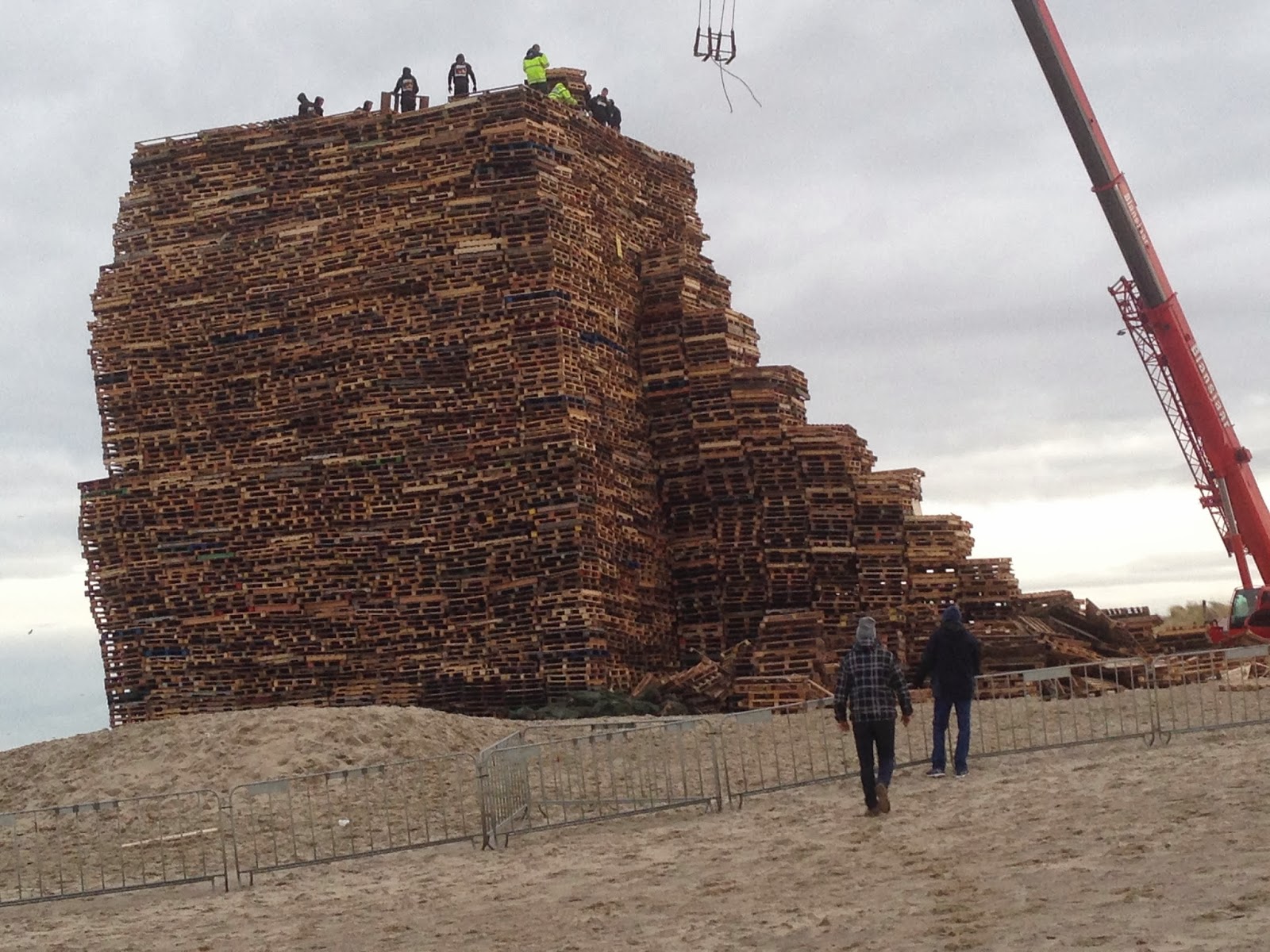 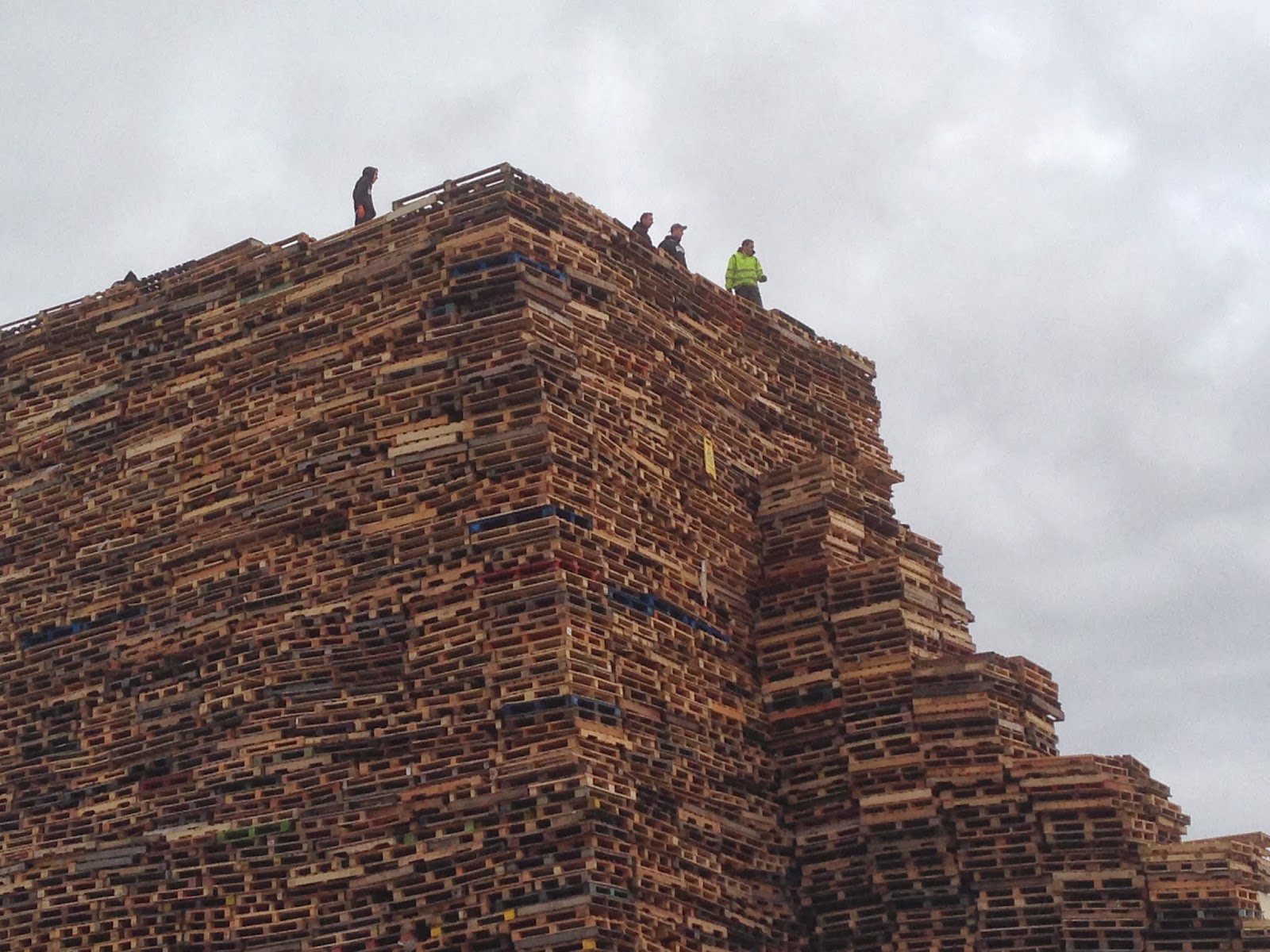 From the fence it looks unbelievable!  It would have been fun to watch it burn.  That being said, watching it burn is definitely
not a 'missionary approved activity'. ;0 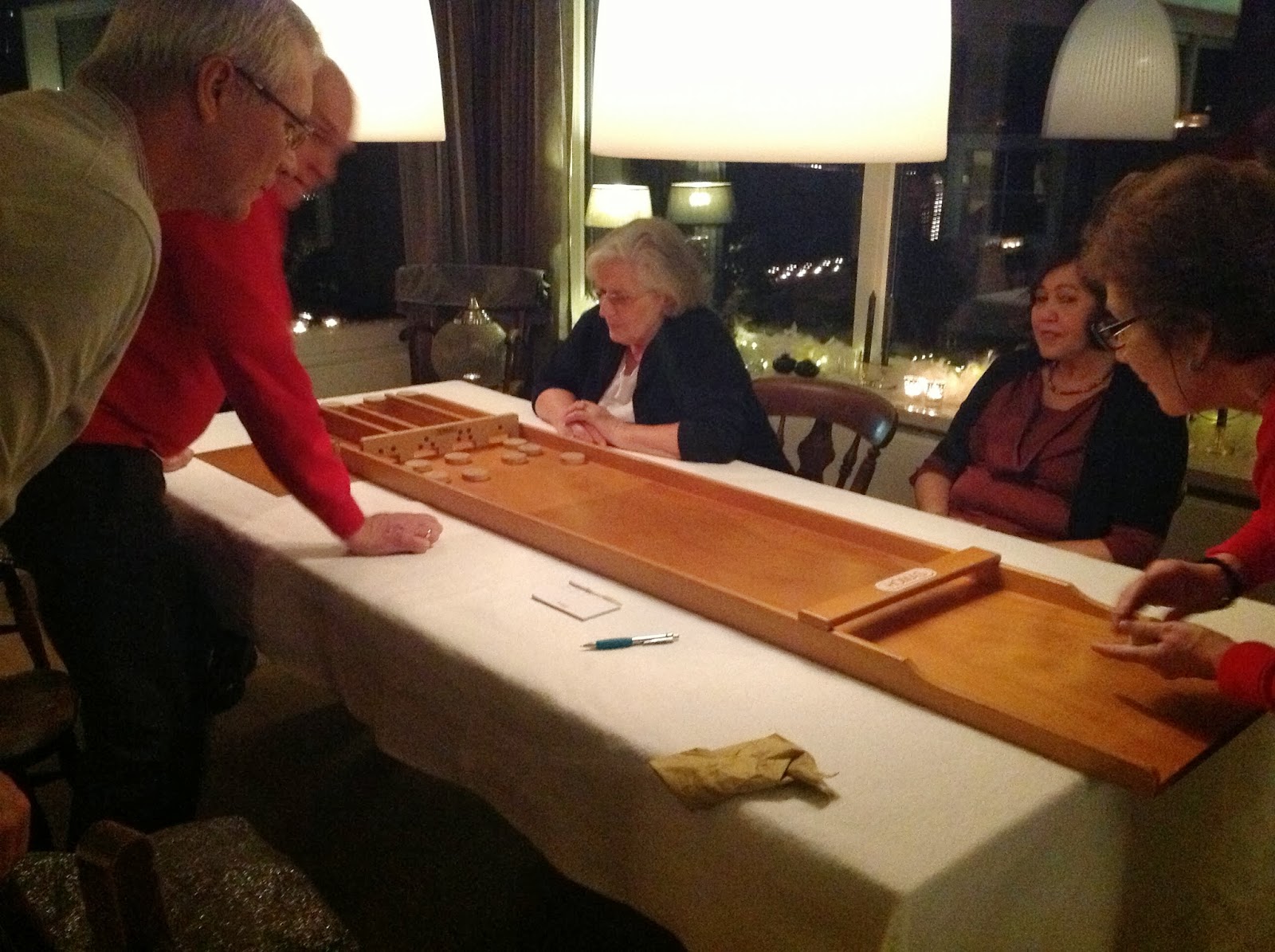 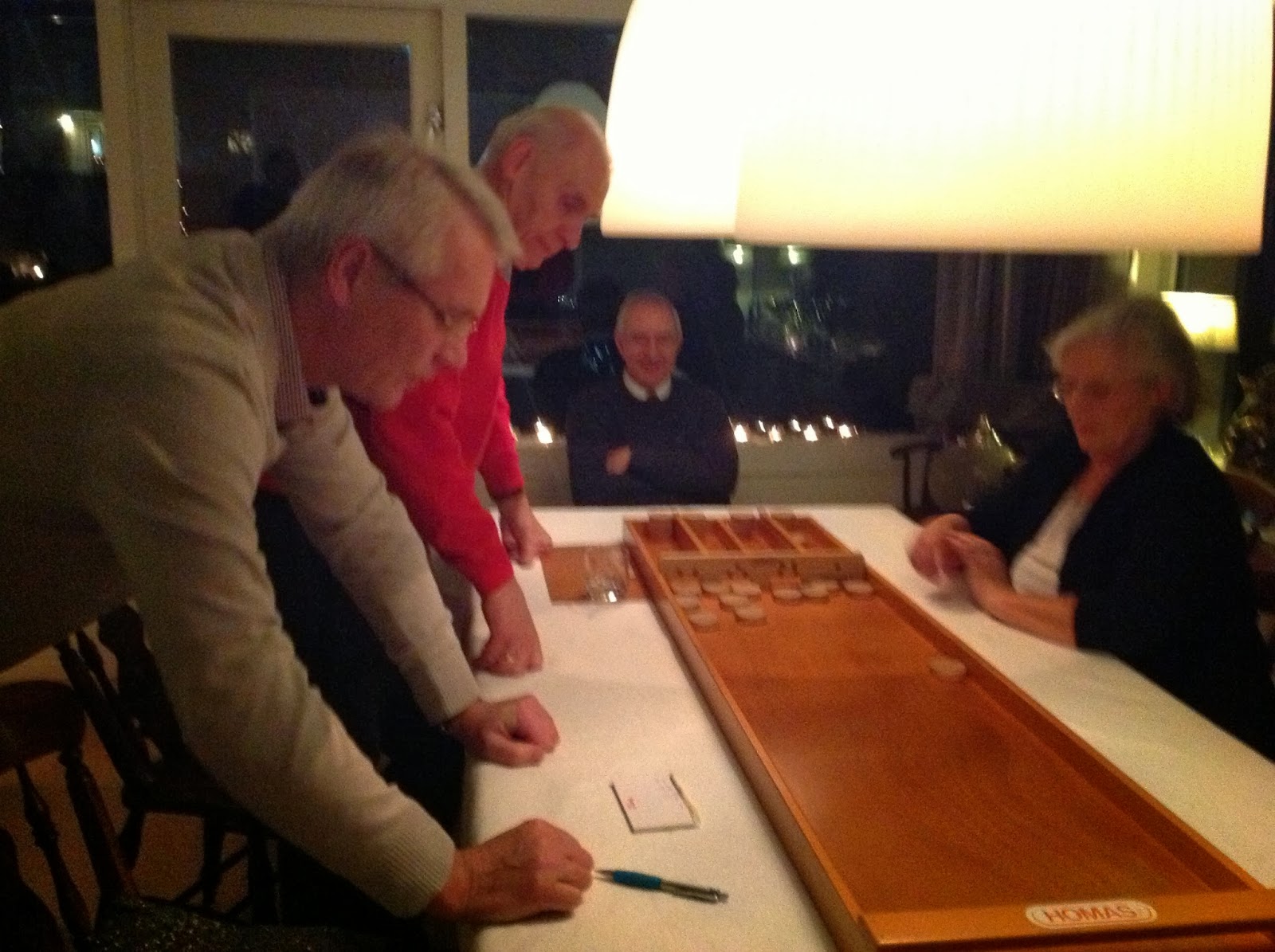 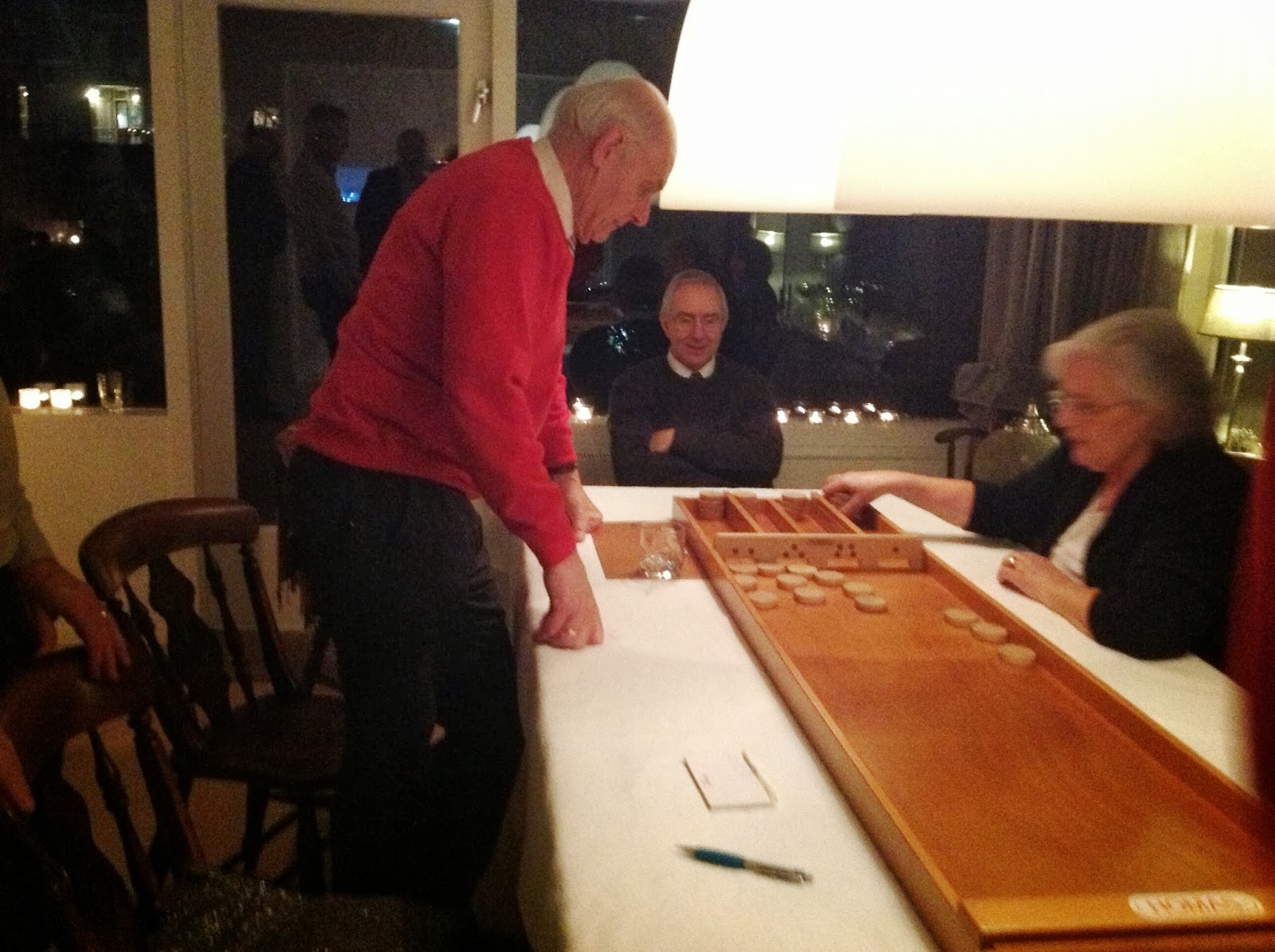 Never did learn how to add up the score--that's OK, I didn't win. 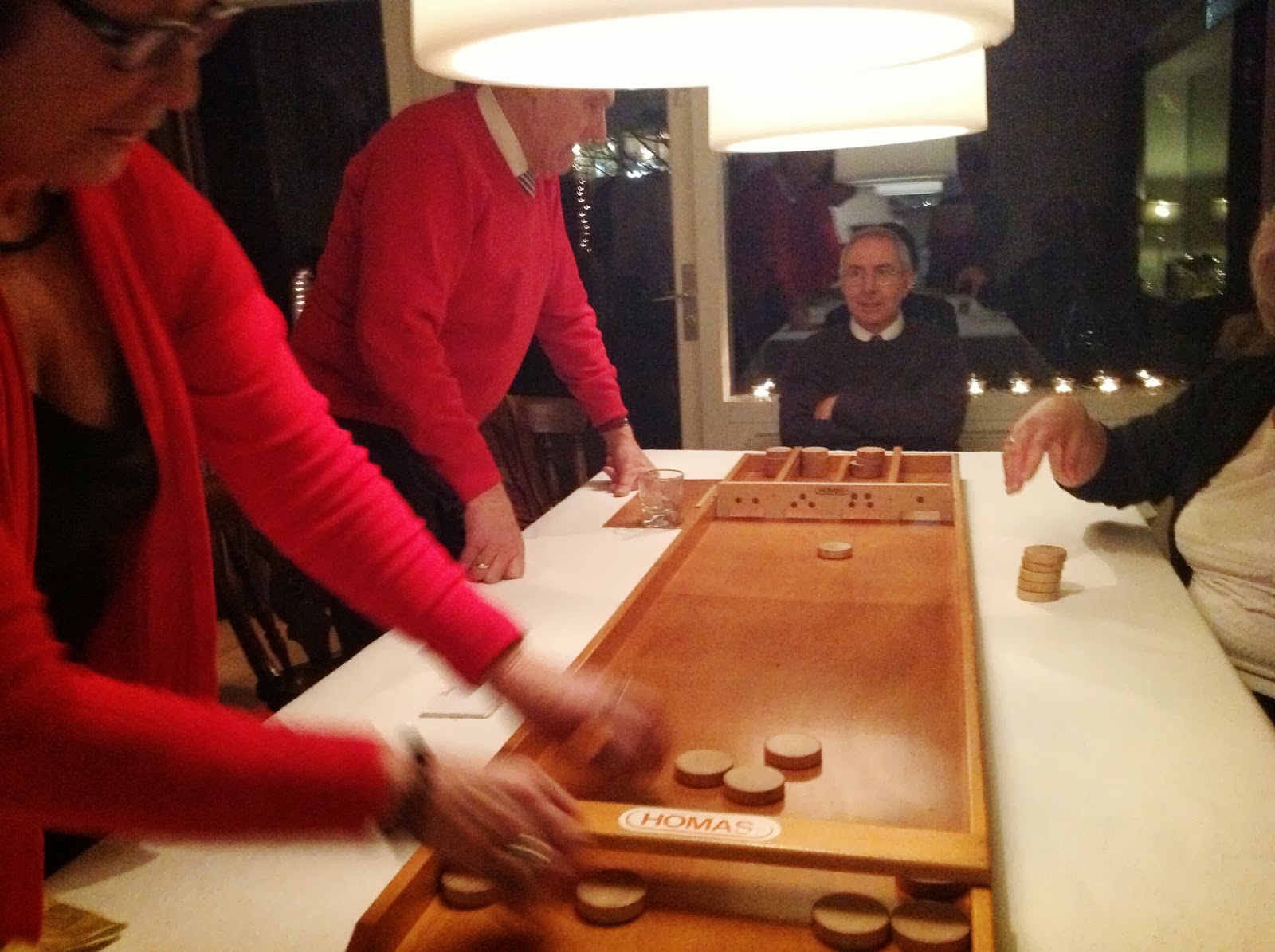 Actually, it was a fun game.  They give instructions how to buy one when we go home to Utah. 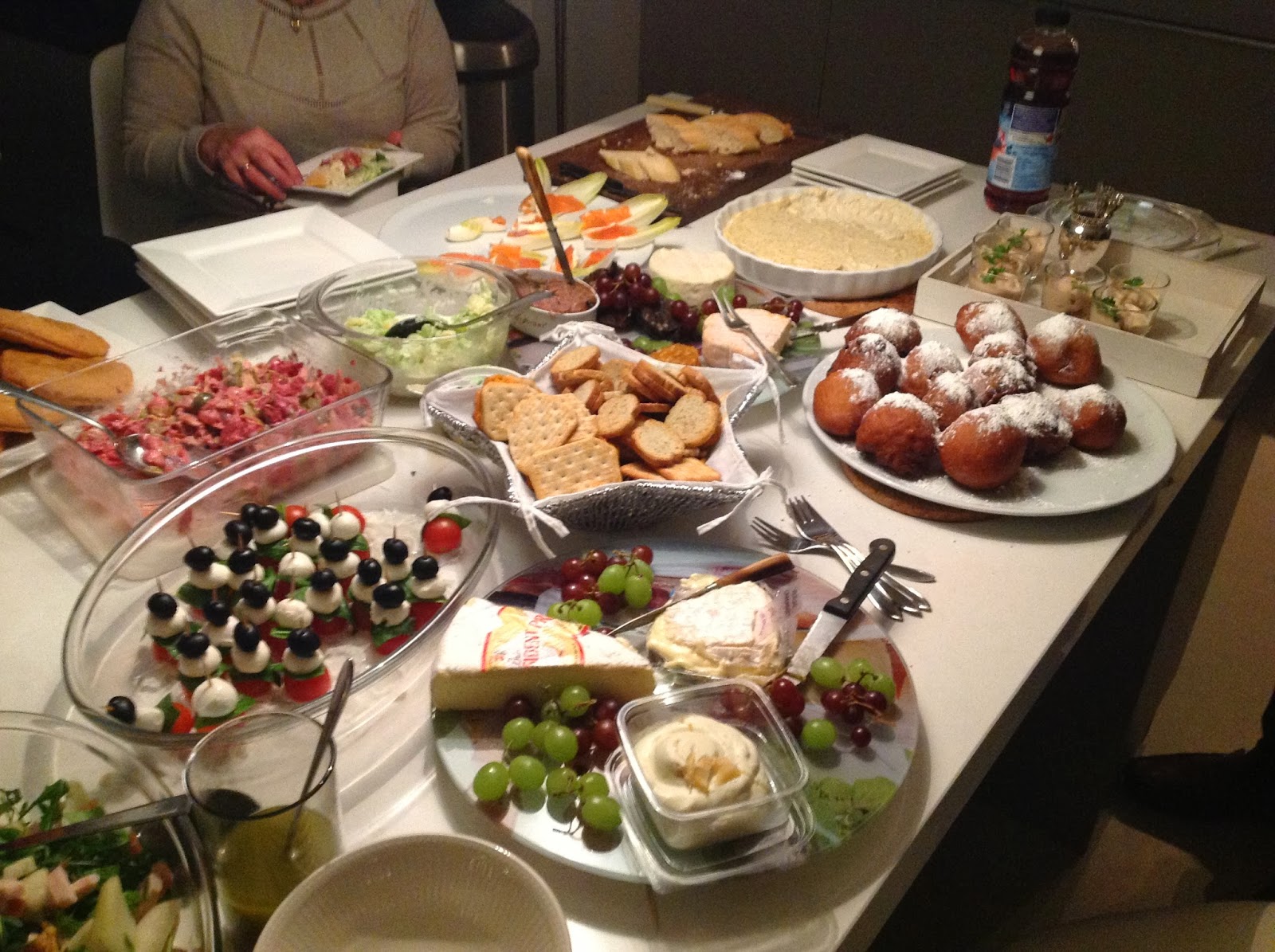 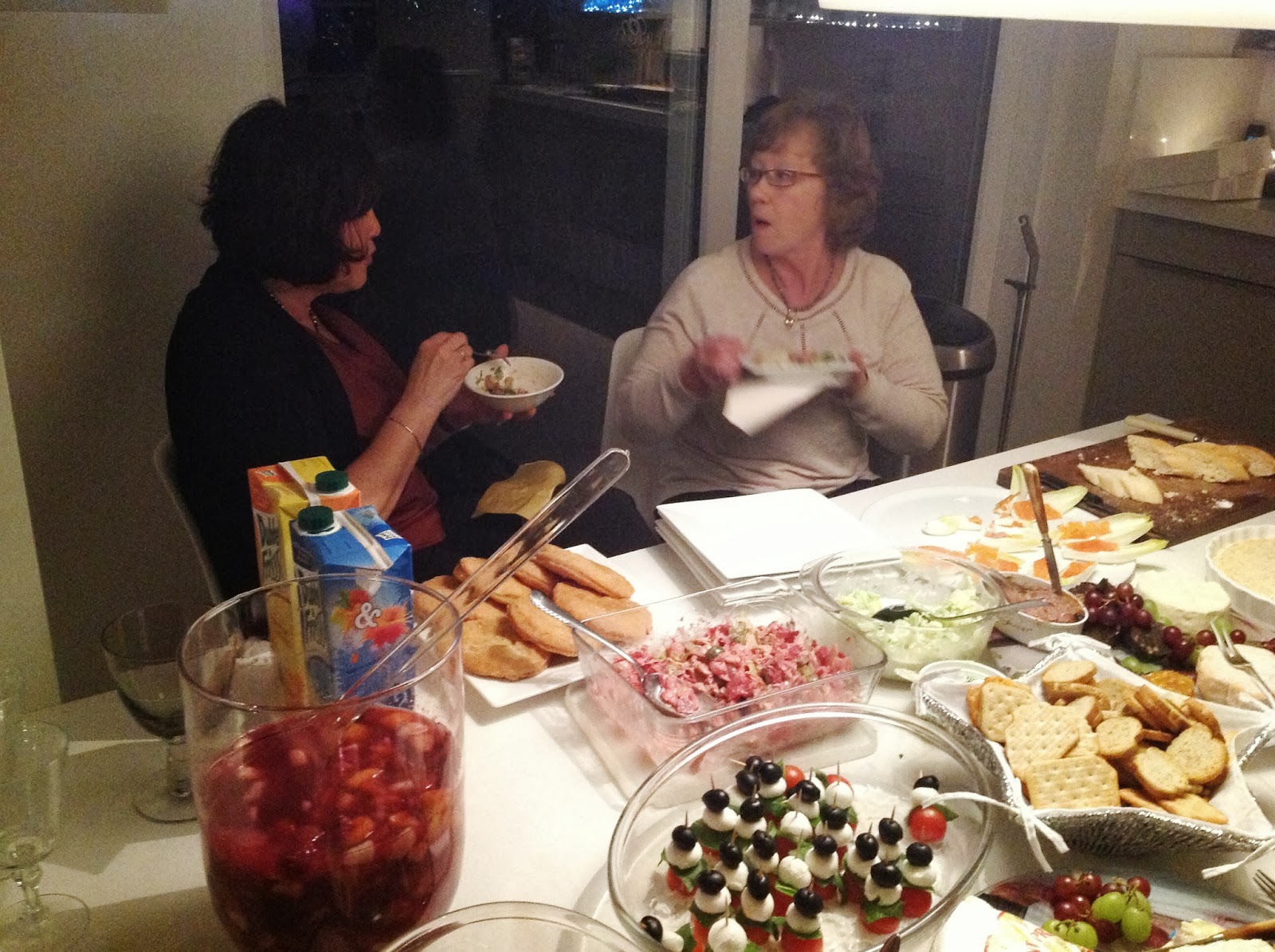 Then comes Midnight--and fireworks have been going off for hours, but at midnight everything breaks loose and it sounds like WWIII.

I realize this is an overload of 'firework' pictures.  It was just unreal to see these kinds of fireworks being set off in neighborhoods by regular people. For Americans this is unbelievable because these kinds of fireworks are only set off by the fire department for the 4th of July. In America, communities buy and set of these kinds of fireworks off for display for an entire community.  Here everybody has them, they set them off in front of their house for the neighborhood to enjoy--and hear!!
For well over an hour it was non stop fireworks in 360 degree circle.  It didn't matter where you looked, there were fireworks going off.  At 3 am we could still hear them going off in random neighborhoods, it's hard to stay asleep.  Good thing a pillow over the head helps. 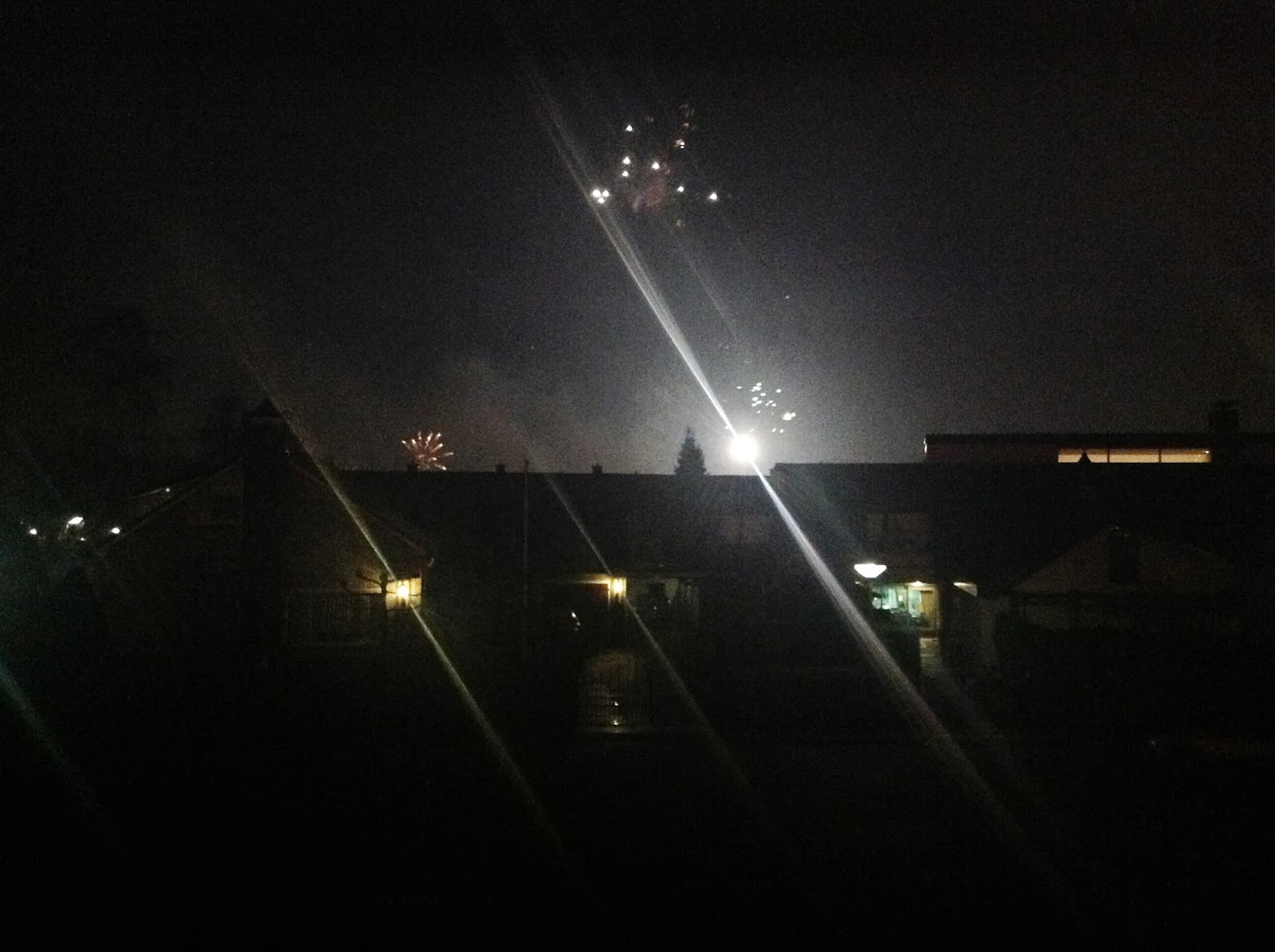 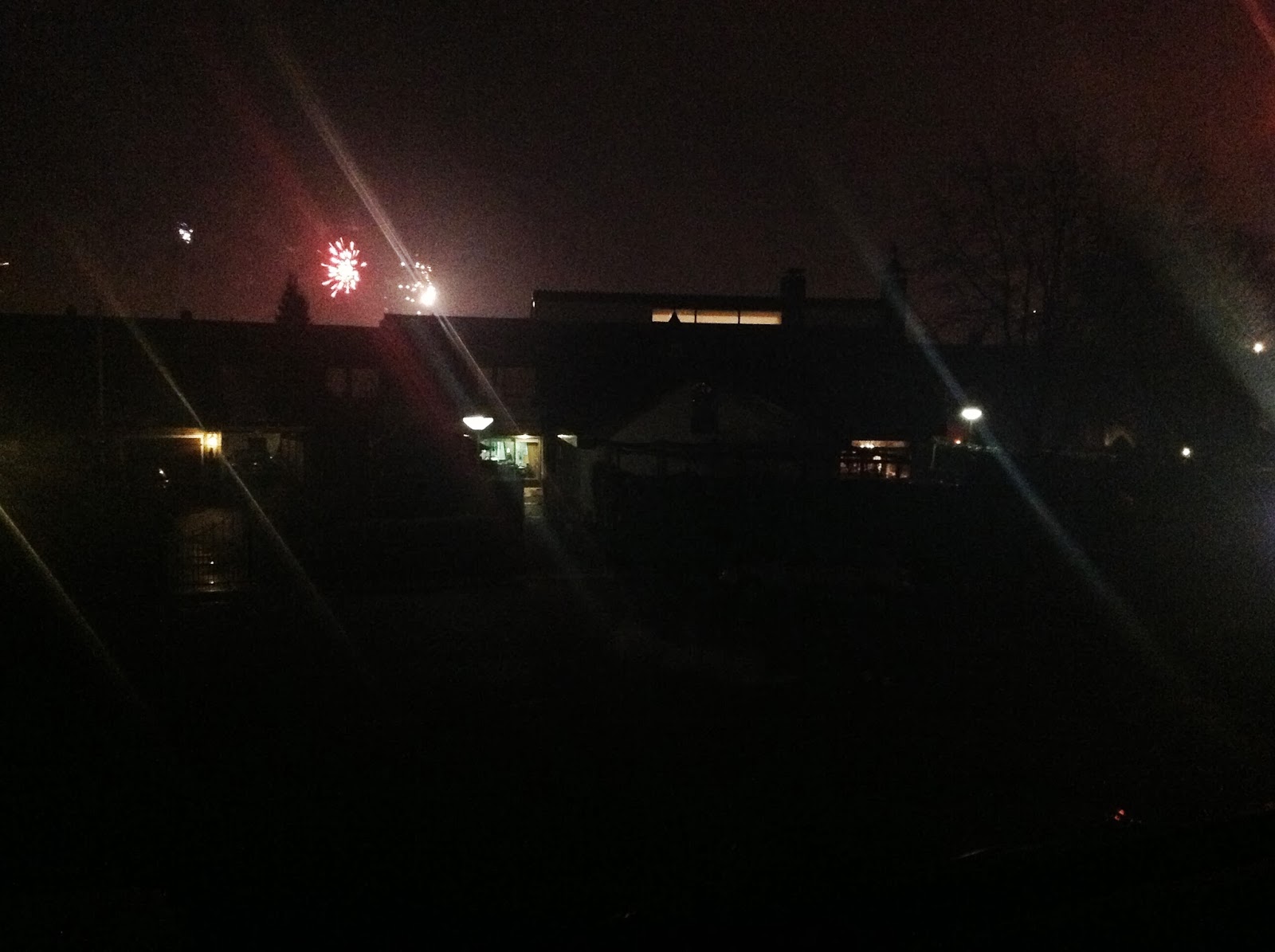 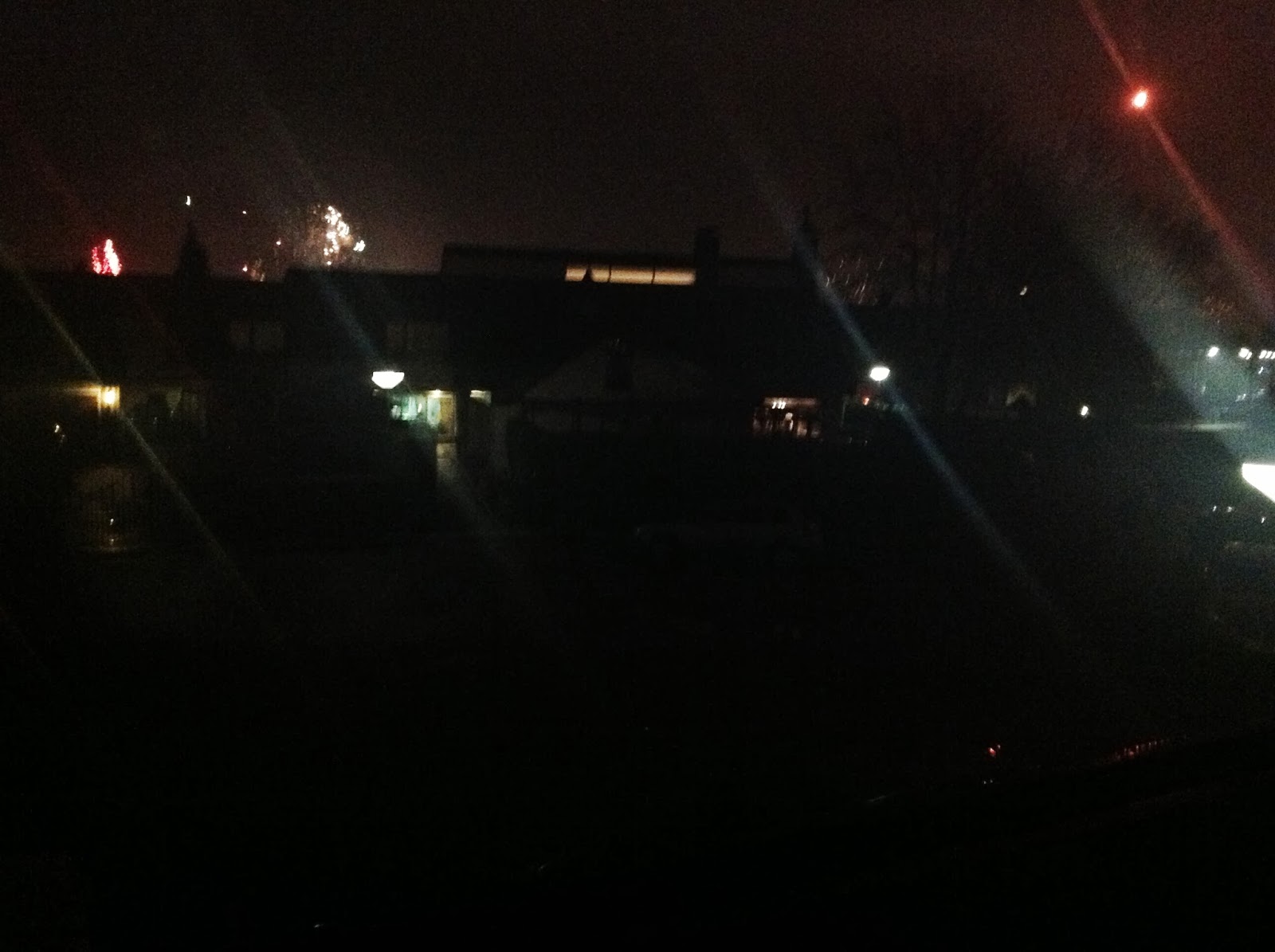 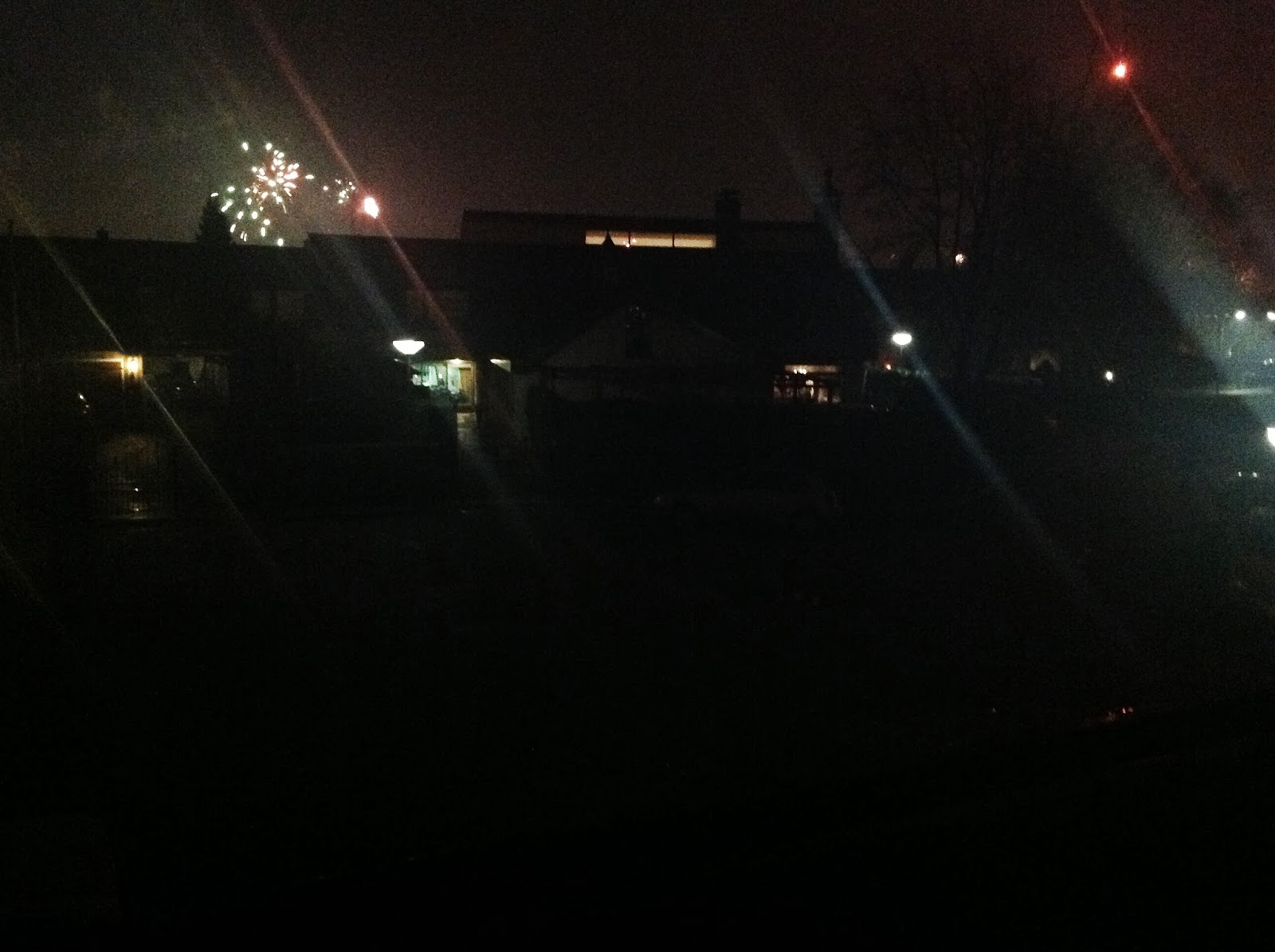 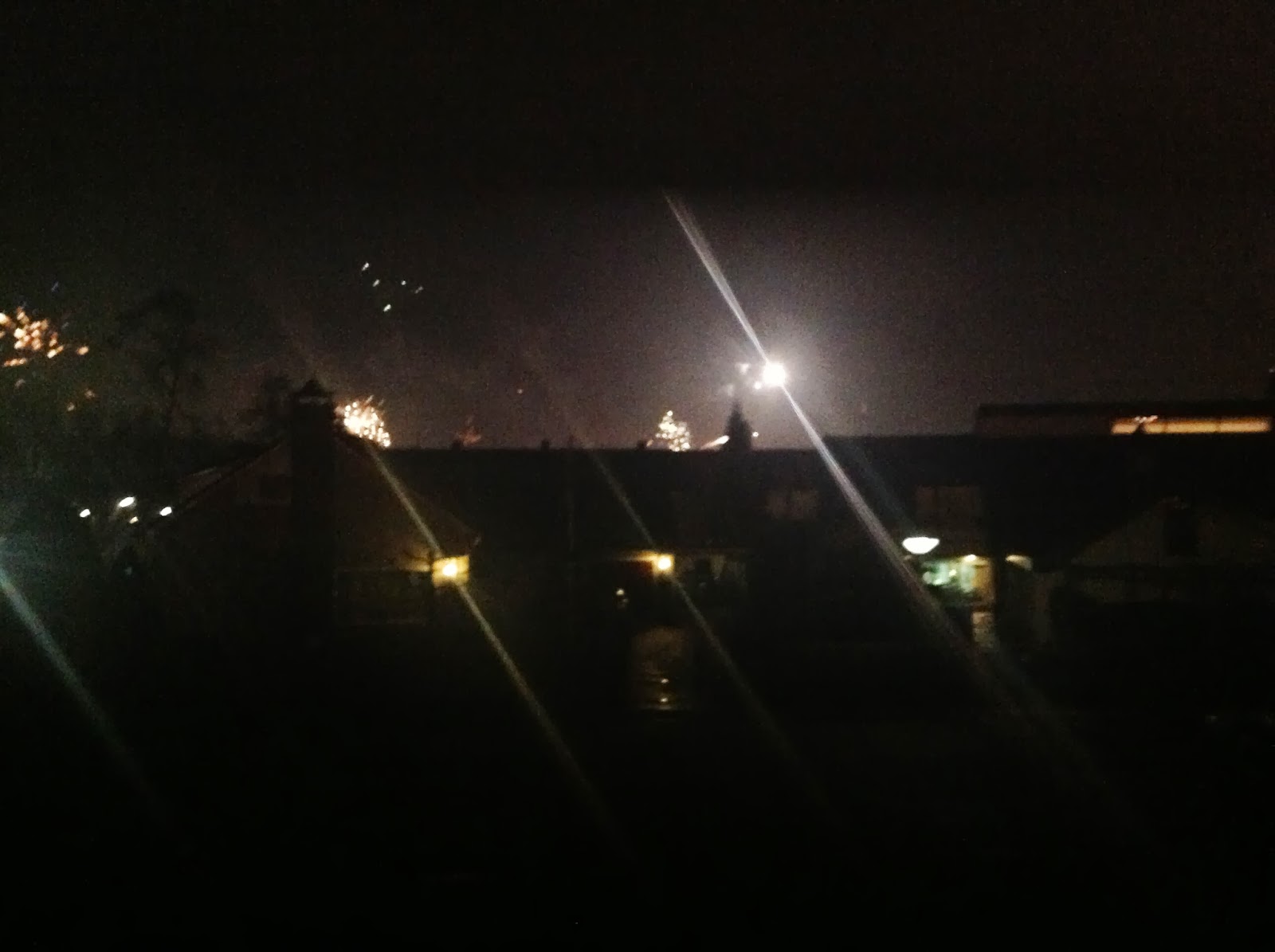 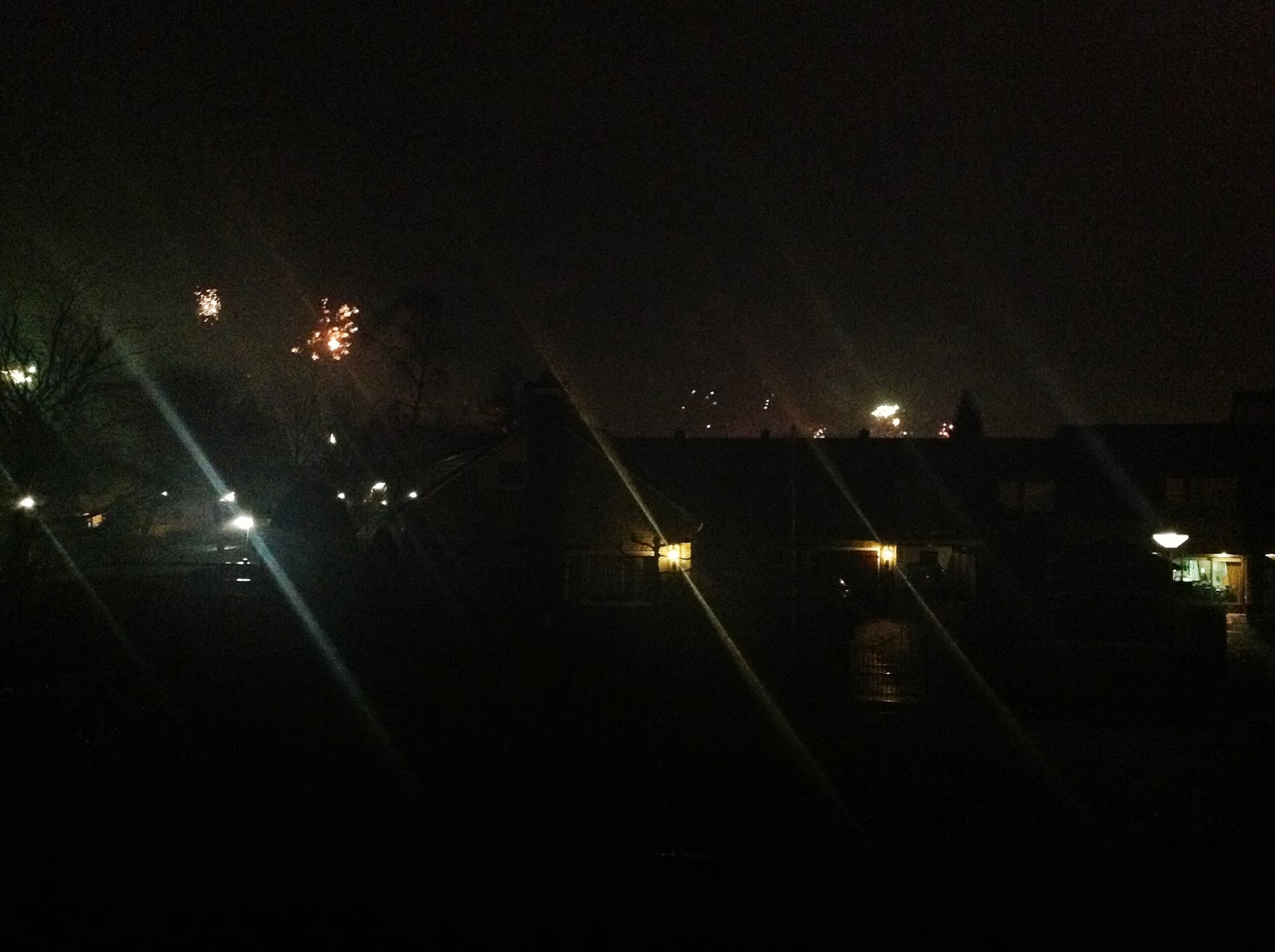 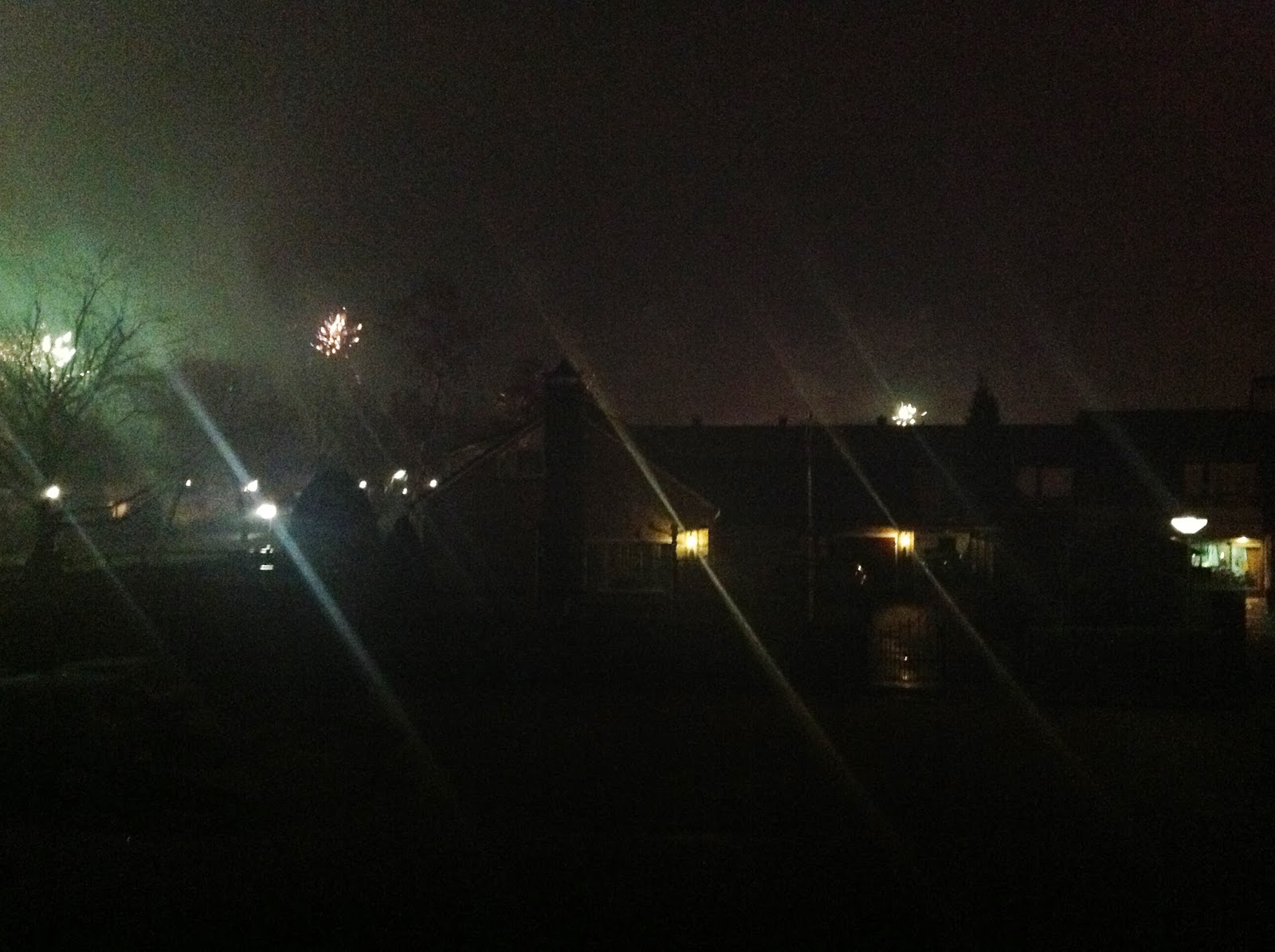 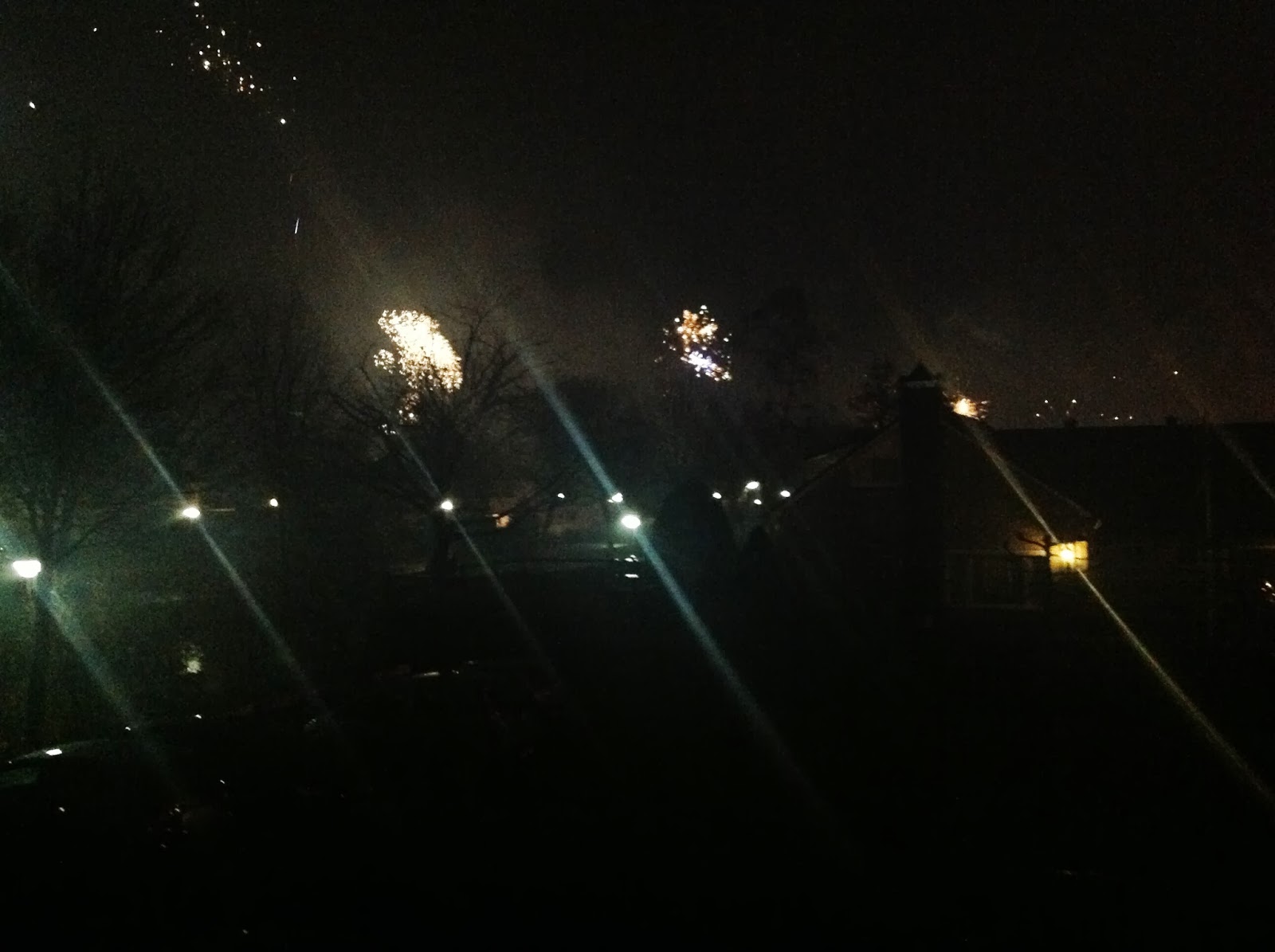 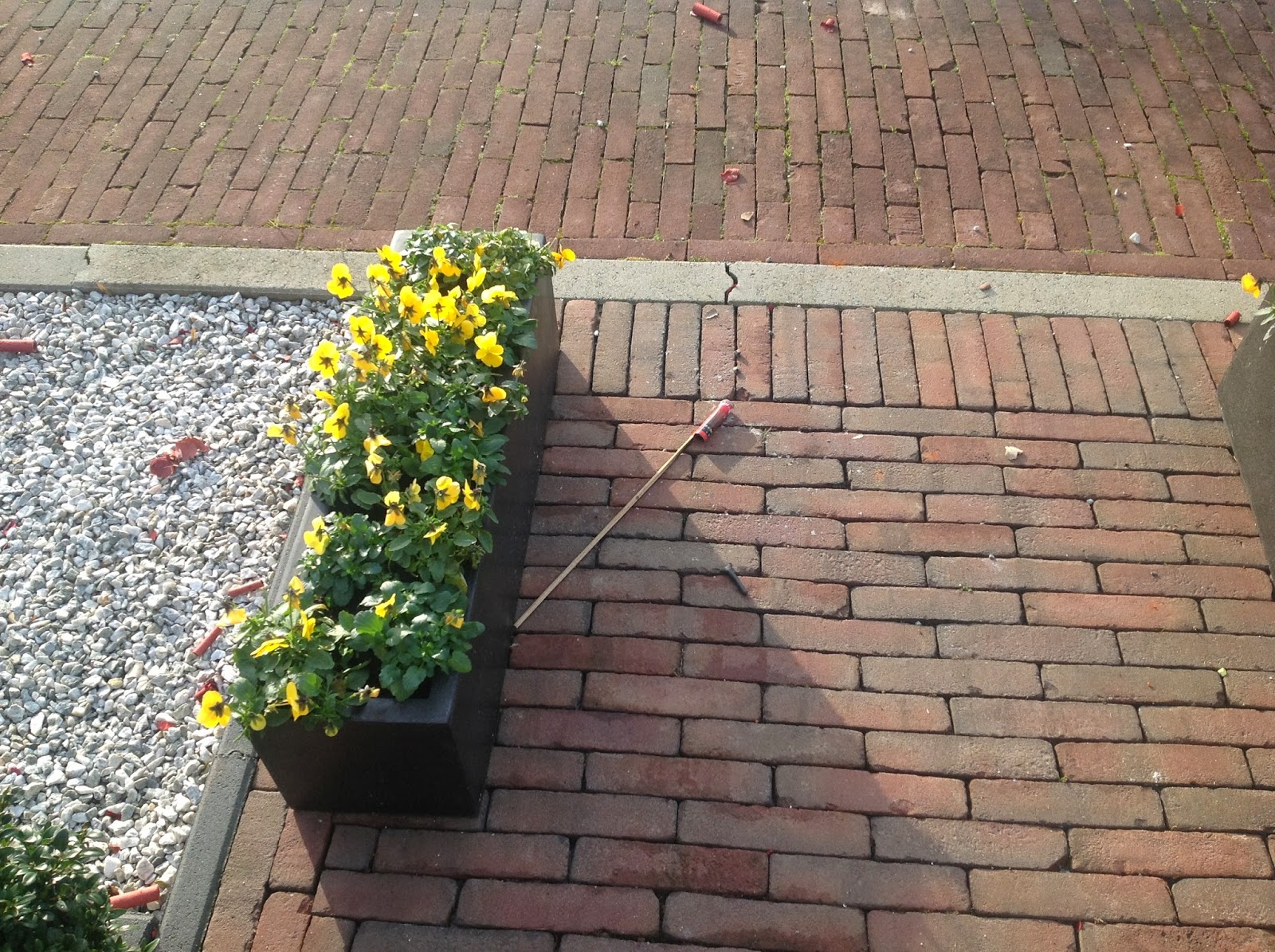 January 1, 2014 here is the debris in the front yard of the Mission Home.
And the answer to that question is "No, President and I did not set of those bottle rockets off or the fireworks!"  But we heard them! 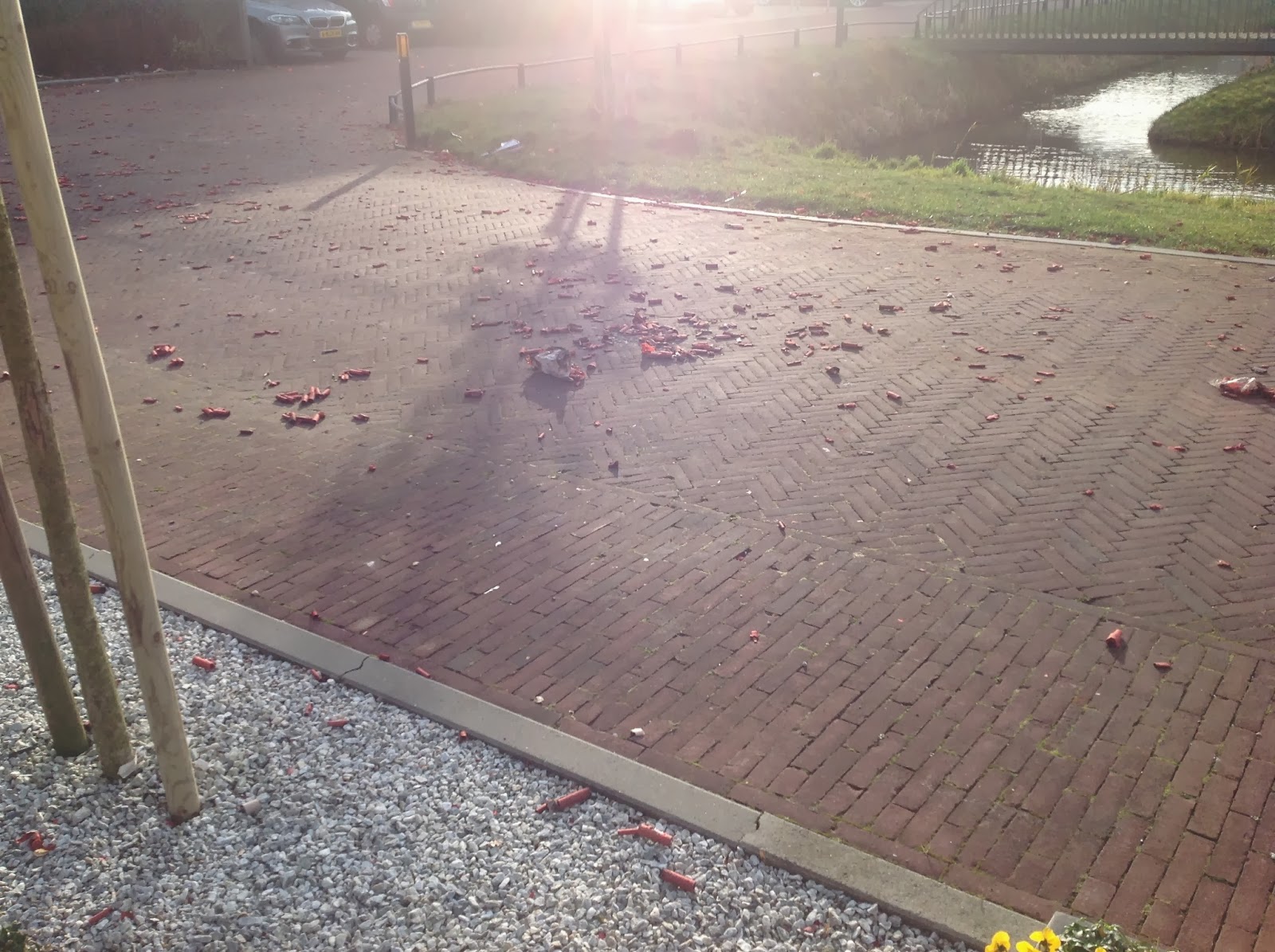 The street out in front of the Mission Home. 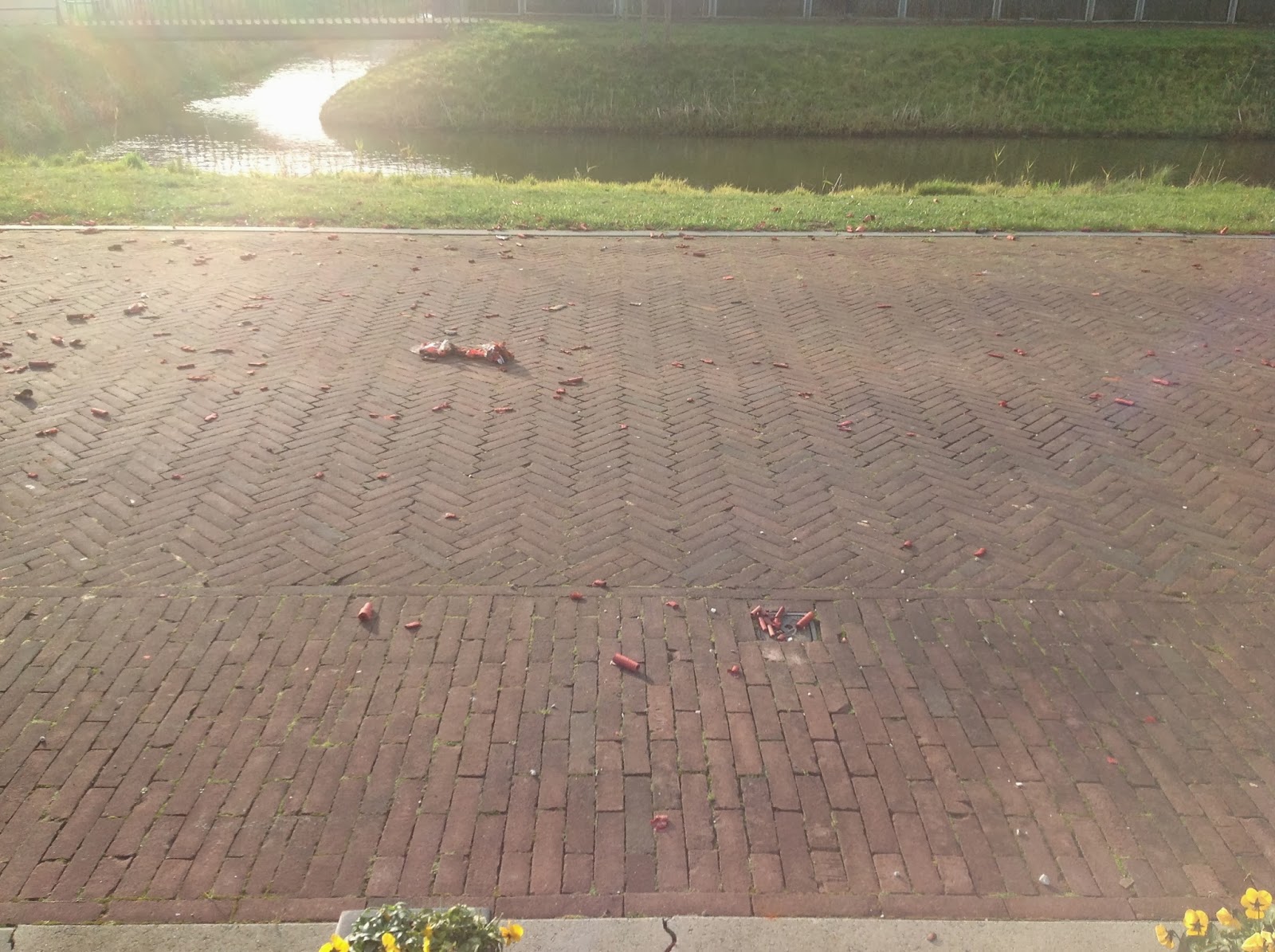 More debris.  Our great neighbors has it cleaned up that morning.  We truly love and appreciate our neighbors and our neighborhood. 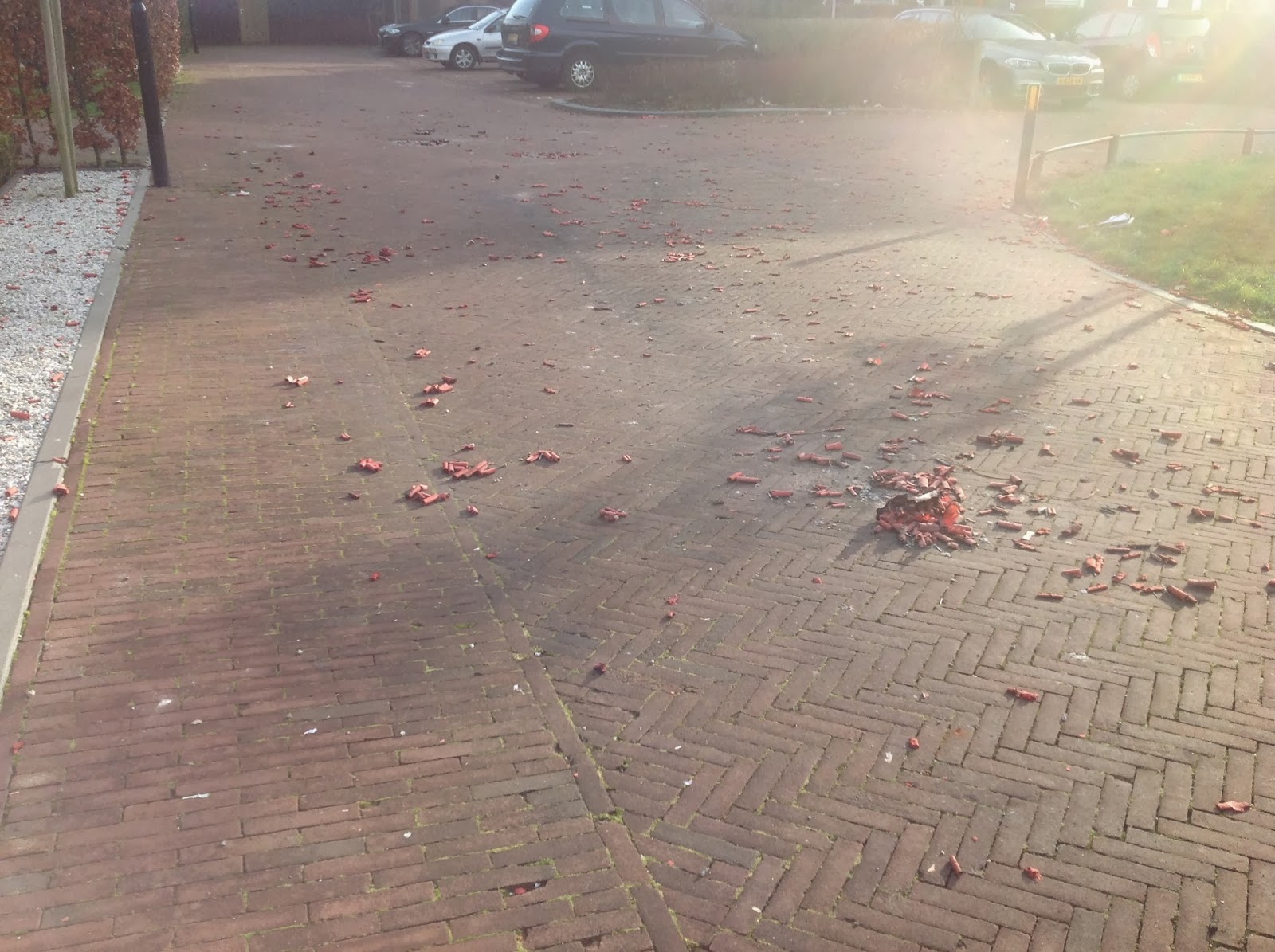 This is what the street looks like--it continues around the corner and on down the street.  It was a great celebration.

The first New Years Eve we are back in America we will have a longing for just a few loud booms and a few aahhs for the sparkles in the night sky.  And President my have a longing for an oliebollen or two.
Posted by Zuster Robinson at 9:48 PM