Finally, on November 21, 2013 we attended the Zone Training in Eindhoven Zone.  Elder Praag, Elder Lewis and Sister Aldous were inspired with their training, it was exactly right for this Zone. 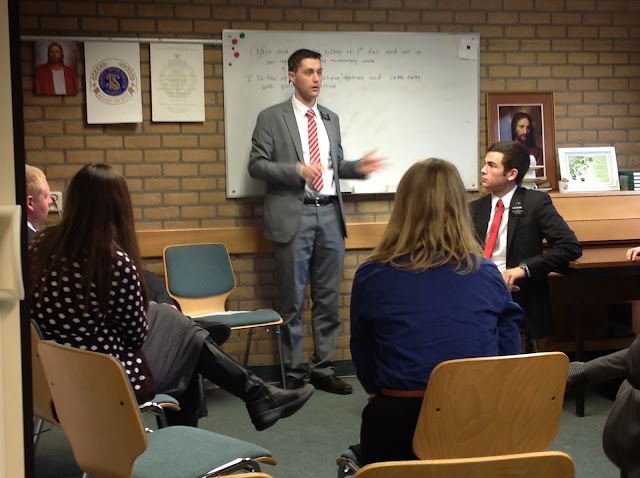 Elder Lewis in a 'break out' session 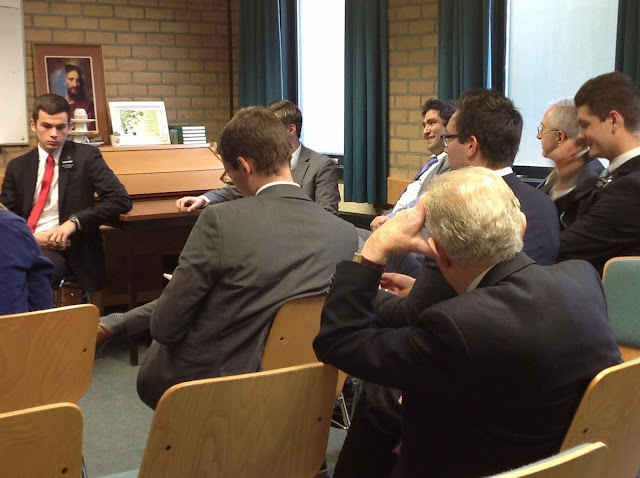 Elders from the Eindhoven Zone, with Elder Harry! 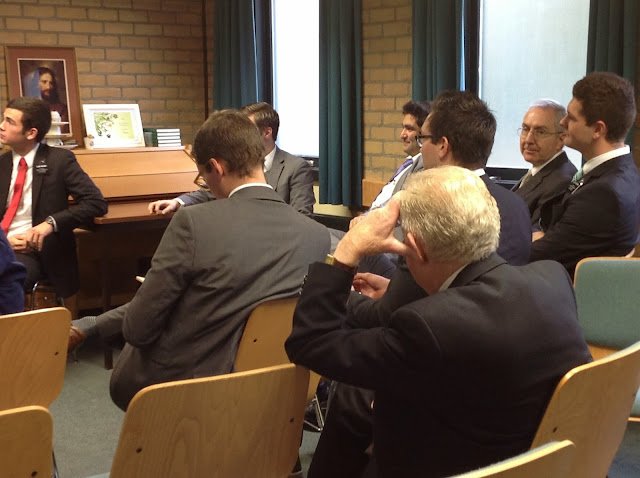 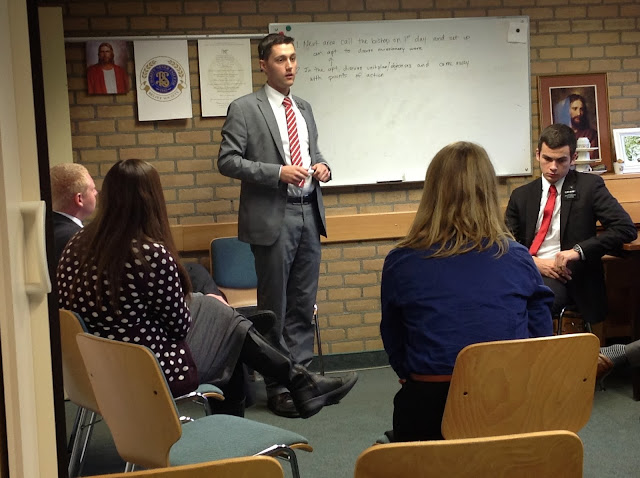 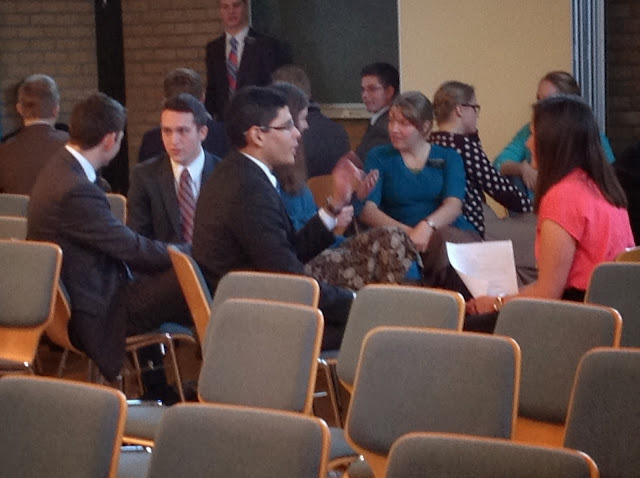 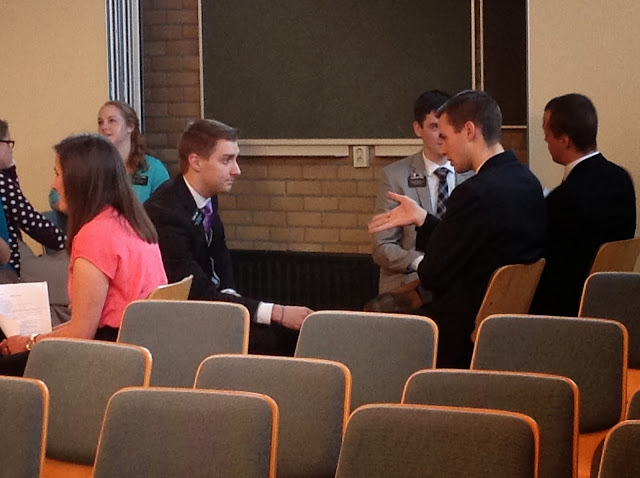 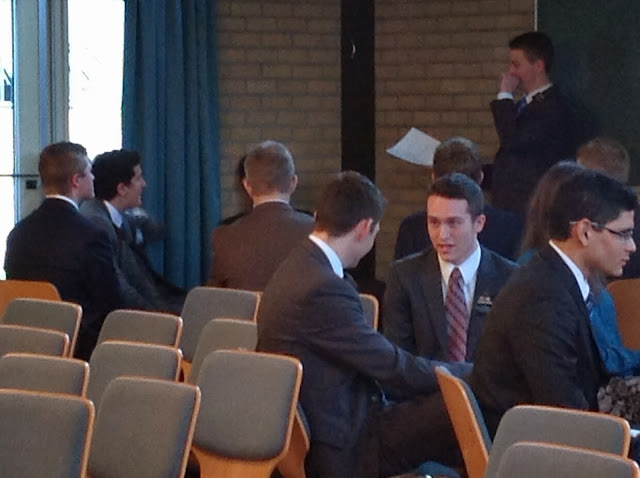 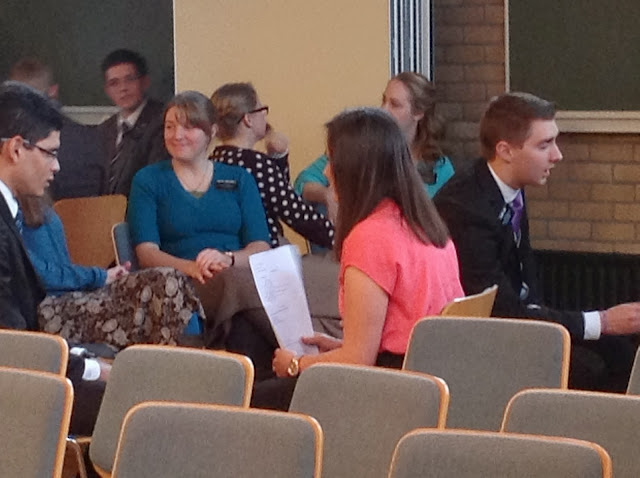 They all did a great job in their Role Plays. 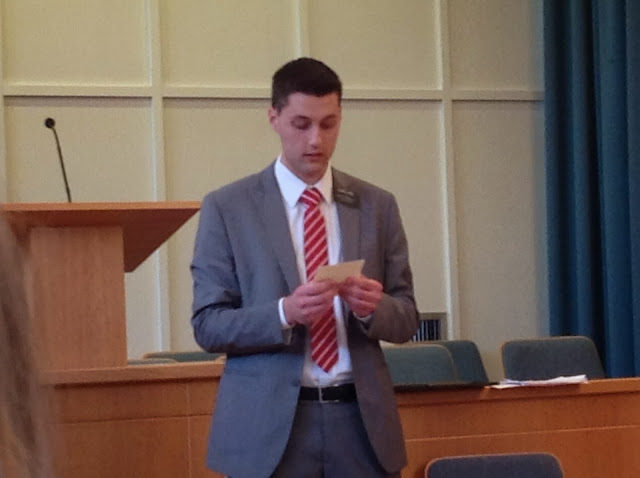 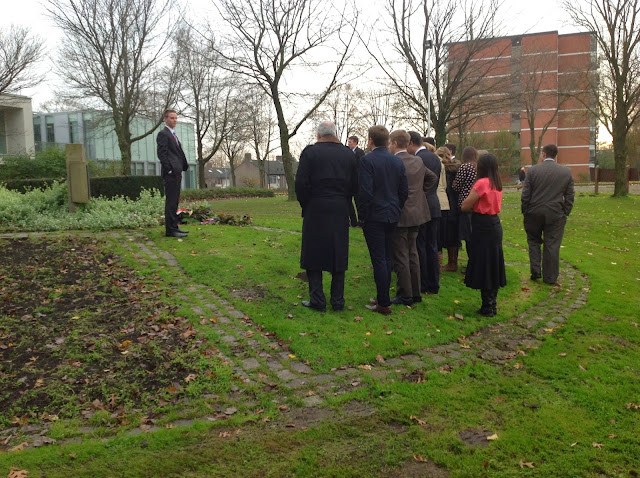 Elder Praag shared a story from a talk by President Faust about the 101st Airborne Division 'Screaming Eagles' that liberated Eindhoven during WWII that was the beginning of the end of the war.  He challenged them to 'liberate' the people of Eindhoven and The Netherlands again by bringing to them the Gospel of Jesus Christ and Inviting them to Come Unto Christ. 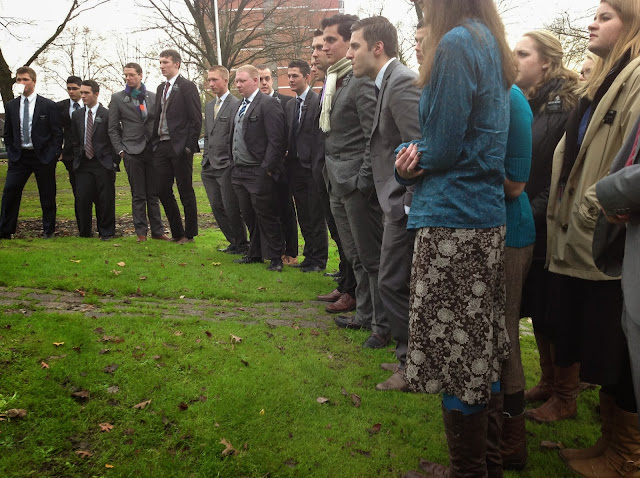 Elder Praag then took the Zone on a short walk around behind the church building in Eindhoven. 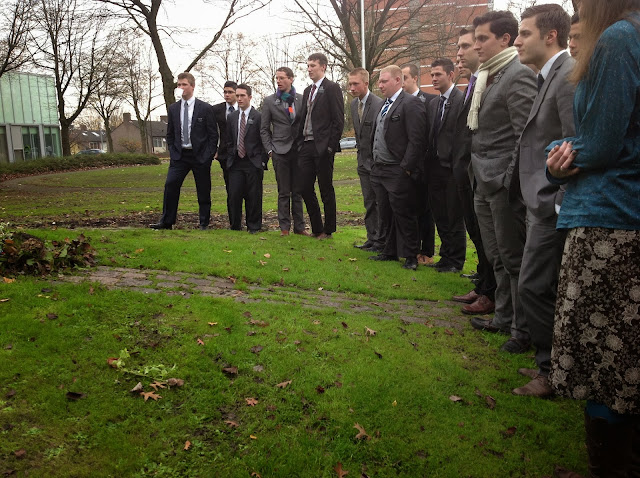 Elder Praag shared the fact they stand on sacred ground, past and present. 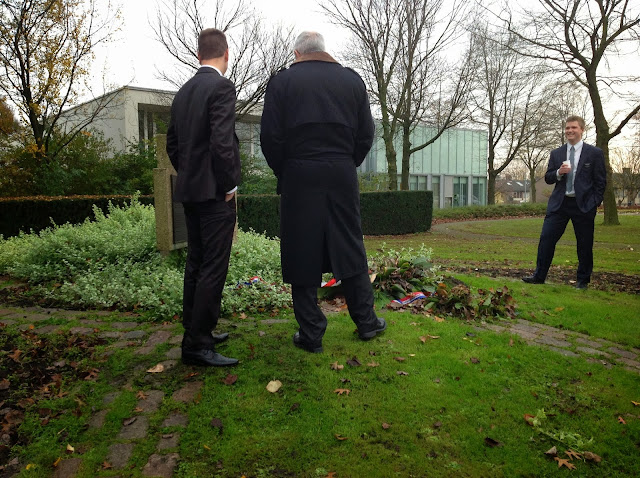 He invited President to read the plaque that was on this small plot of land in Eindhoven. 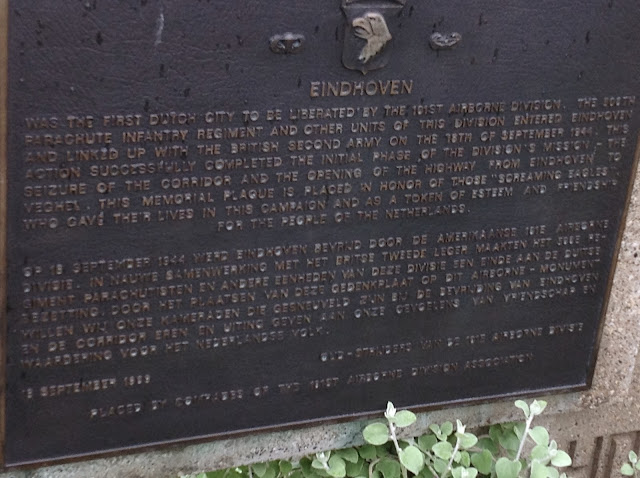 The missionaries are standing when the people of the Netherlands erected a monument to the 101st Airborne Division--The Screaming Eagles.  These men liberated this city. 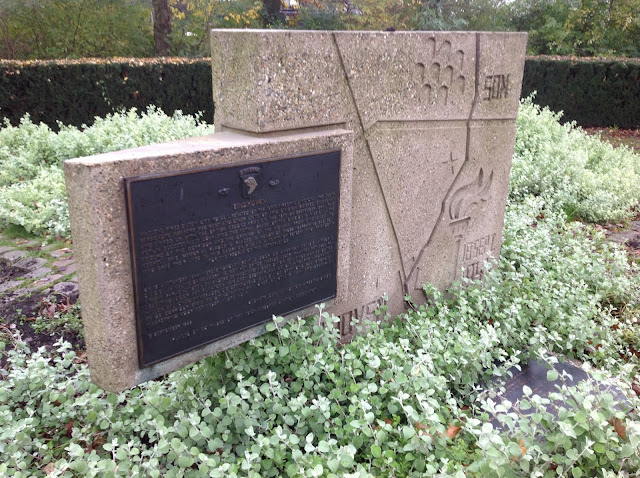 The missionaries of Eindhoven Zone are challenged to build the Fifth Stake here in Eindhoven.  We can help to liberate those held captive just as the 101st Airborne Division did in 1944. 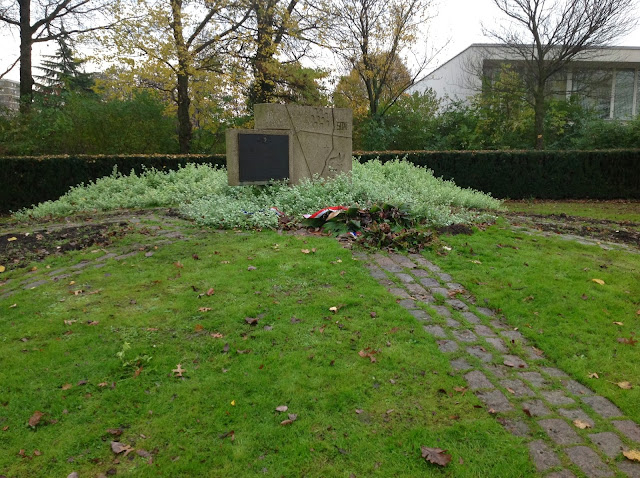 Eindhoven Zone has a legacy to live up too.
Posted by Zuster Robinson at 11:29 PM