One Hundred Year Anniversary of WWI

On November 11, 2014 we accepted the invitation of President Willems of Kortrijk Branch to join him in Ieper for the 100th anniversary of World War I.  President Willems lives in Ieper and knows the history of WWI in and around the area.  We have had the opportunity on other occasions to have his tour.  However, to be this close to the battlefields of WWI and not take the time to be there on the 100th anniversary was unthinkable.  So, with the Gent District, we spent the afternoon and evening of November 11, 2014 being reminded of the sacrifice of so many lives. 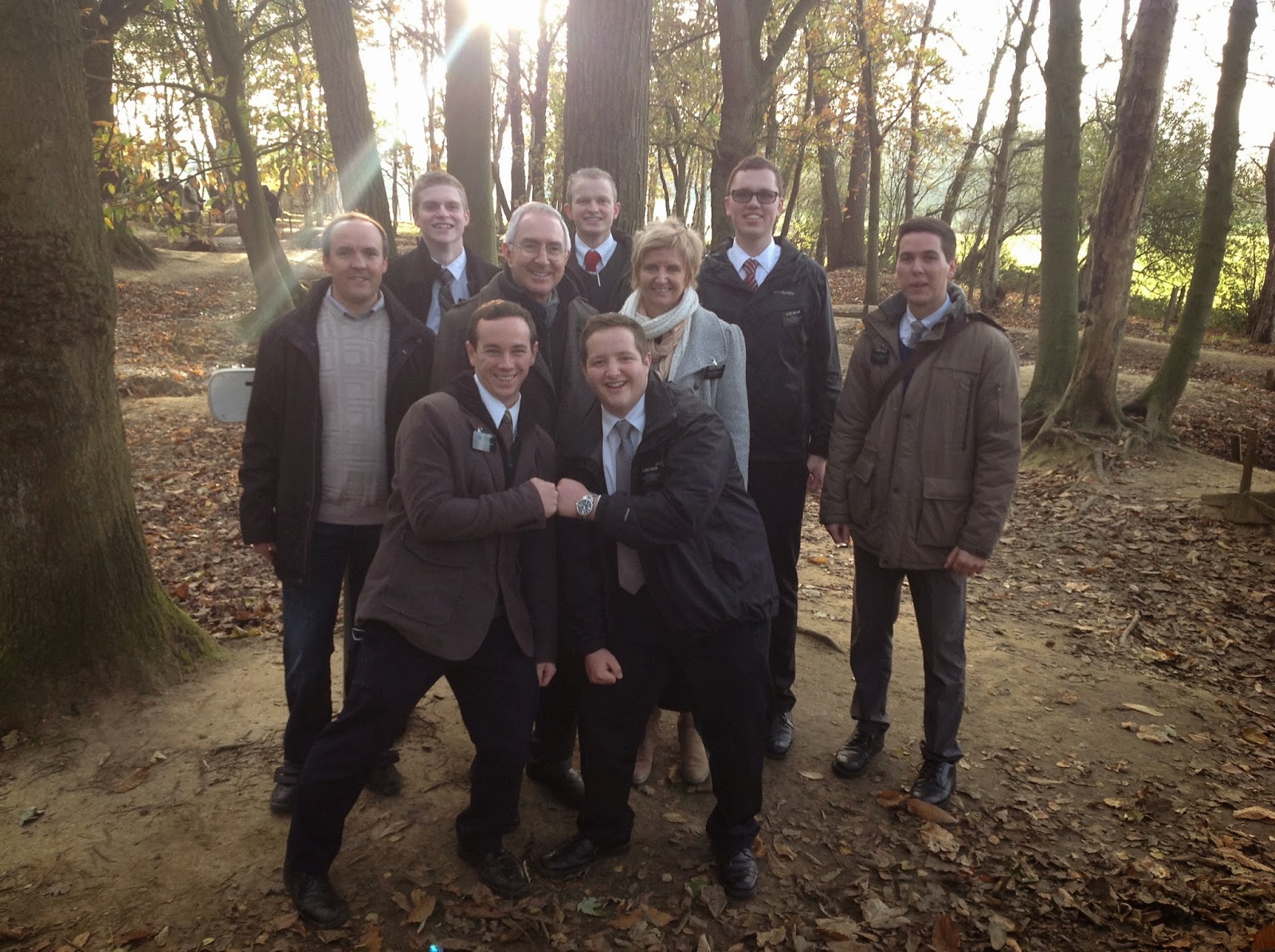 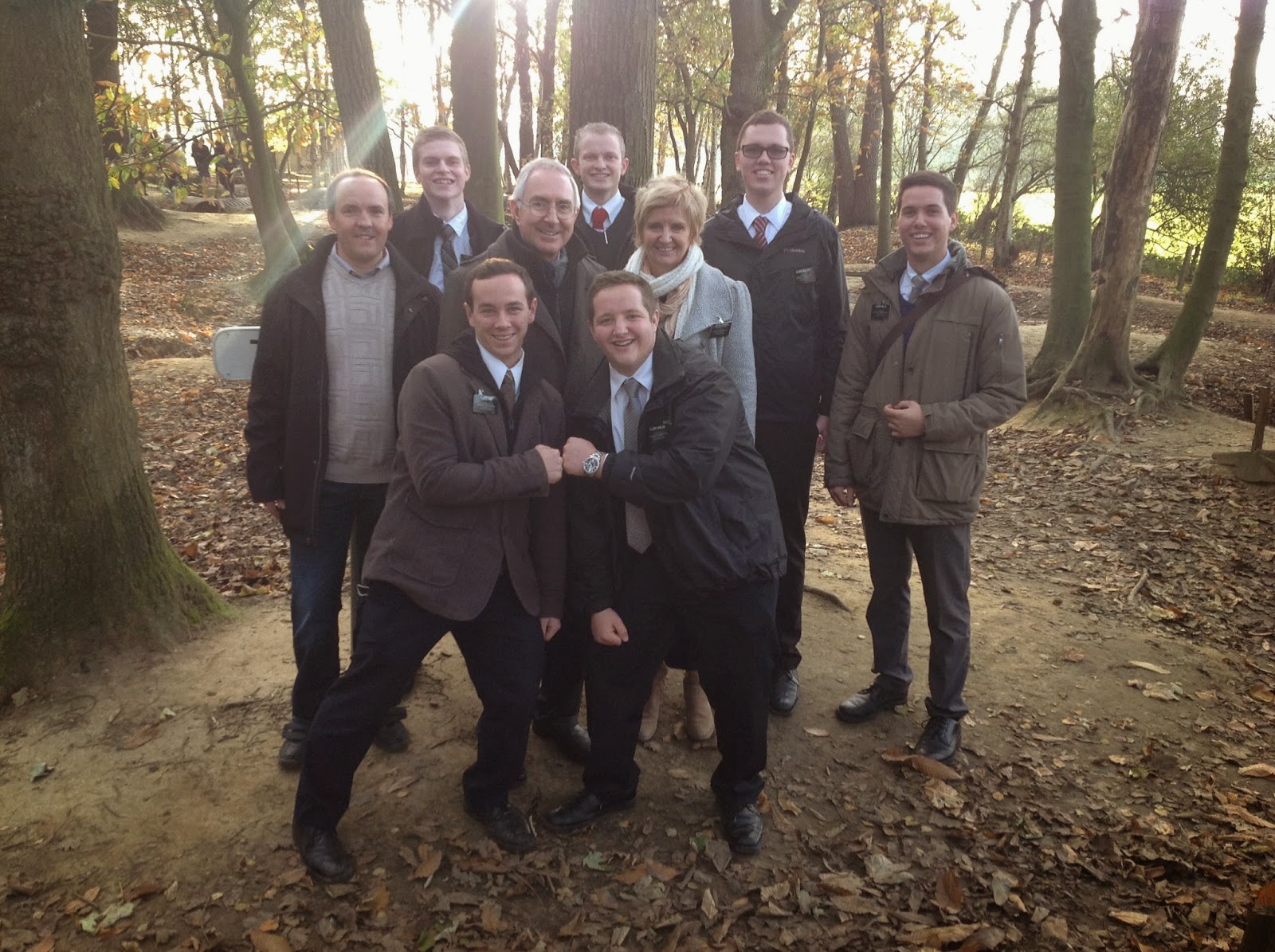 Great group of friends and missionaries to spend the day with in Ieper at the trenches. 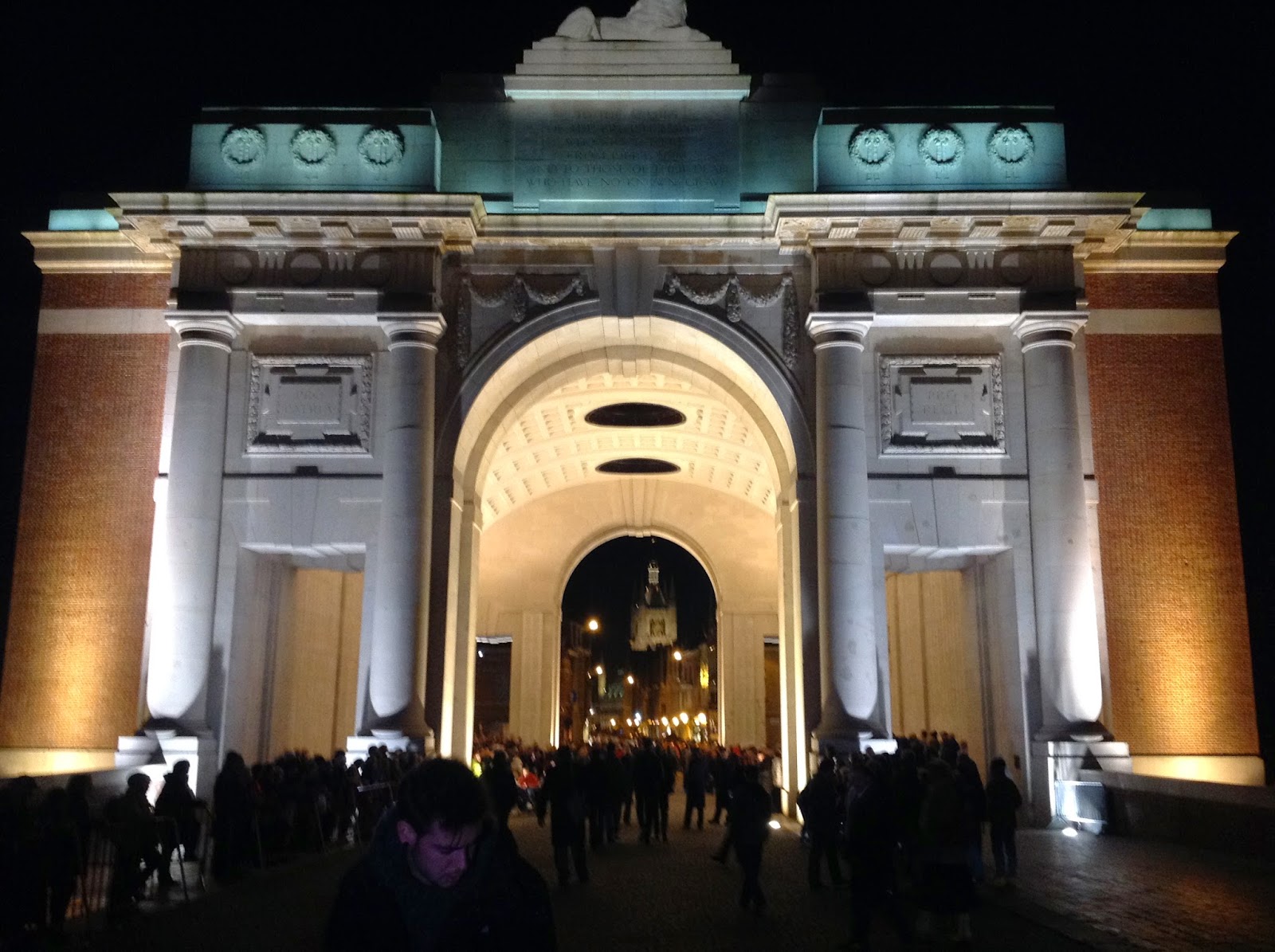 Mennen Gate in Ieper.  The ceremony for the 100th Anniversary.
This ceremony has been, is and will be held each night.  It is Ieper's way to honoring the many lives from many countries for their ultimate sacrifice.  It is always amazing to witness--tonight was no different.  The crowds were lined up from the centrum to the Gate.  It is a somber reminder of war.
Grateful to be in attendance at this November 11 ceremony.

Posted by Zuster Robinson at 5:10 PM