May 14, 2014 Elder Praag came to the Mission Home to say goodbye and meet his parents. After two years, it is time to send him home to his new adventures.   President and I met Elder Praag in the MTC in April 2012.  He had just arrived there the end of March and we spent the first week of April in the MTC. We also spend a week in May and a week of June with him.  Elder Praag came to Belgium and Netherlands just a few days before we arrived on June 29, 2012.  And here we are now, sending him home.  We love you Elder Praag and thank you for everything you have give to the mission. 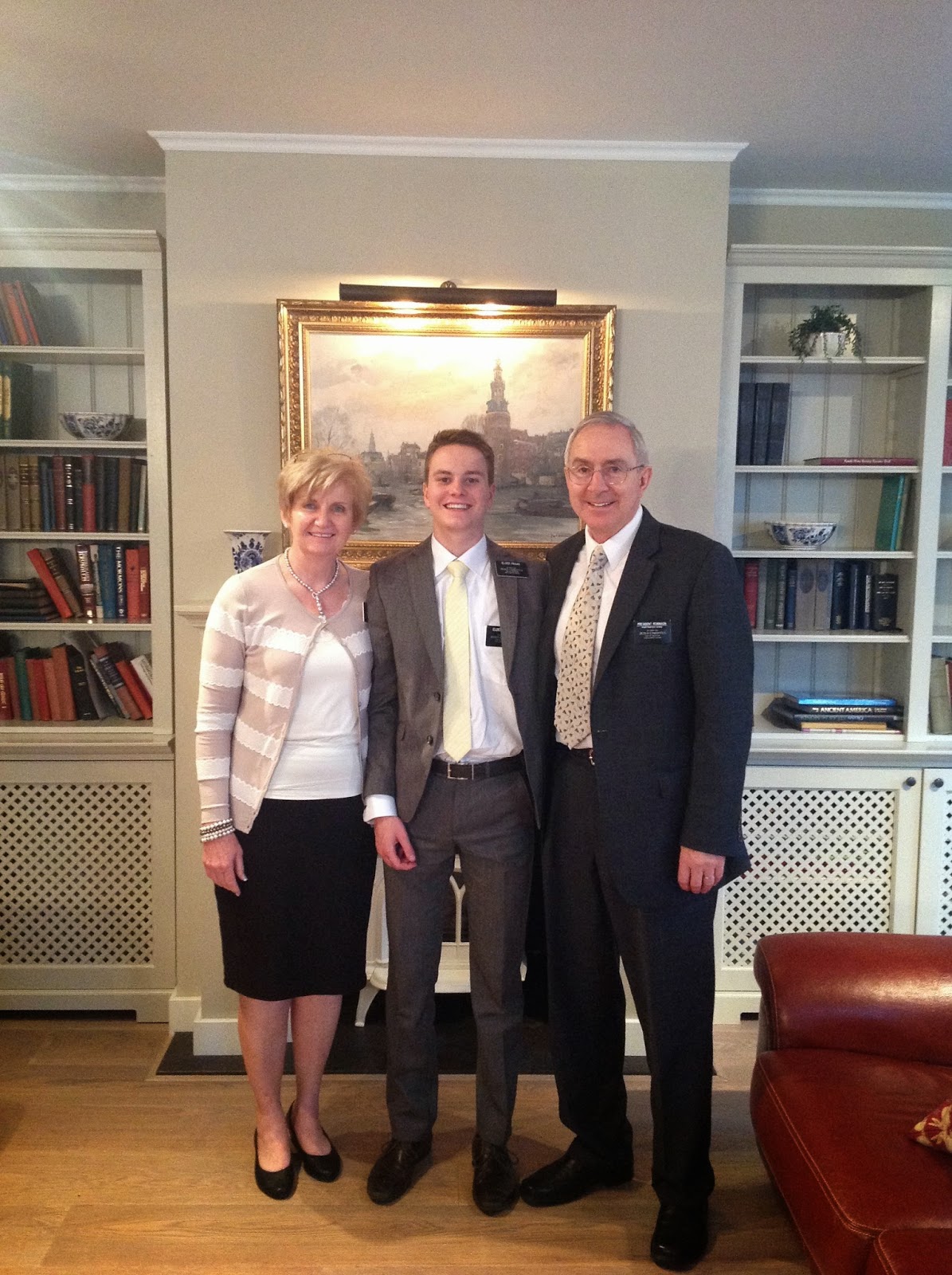 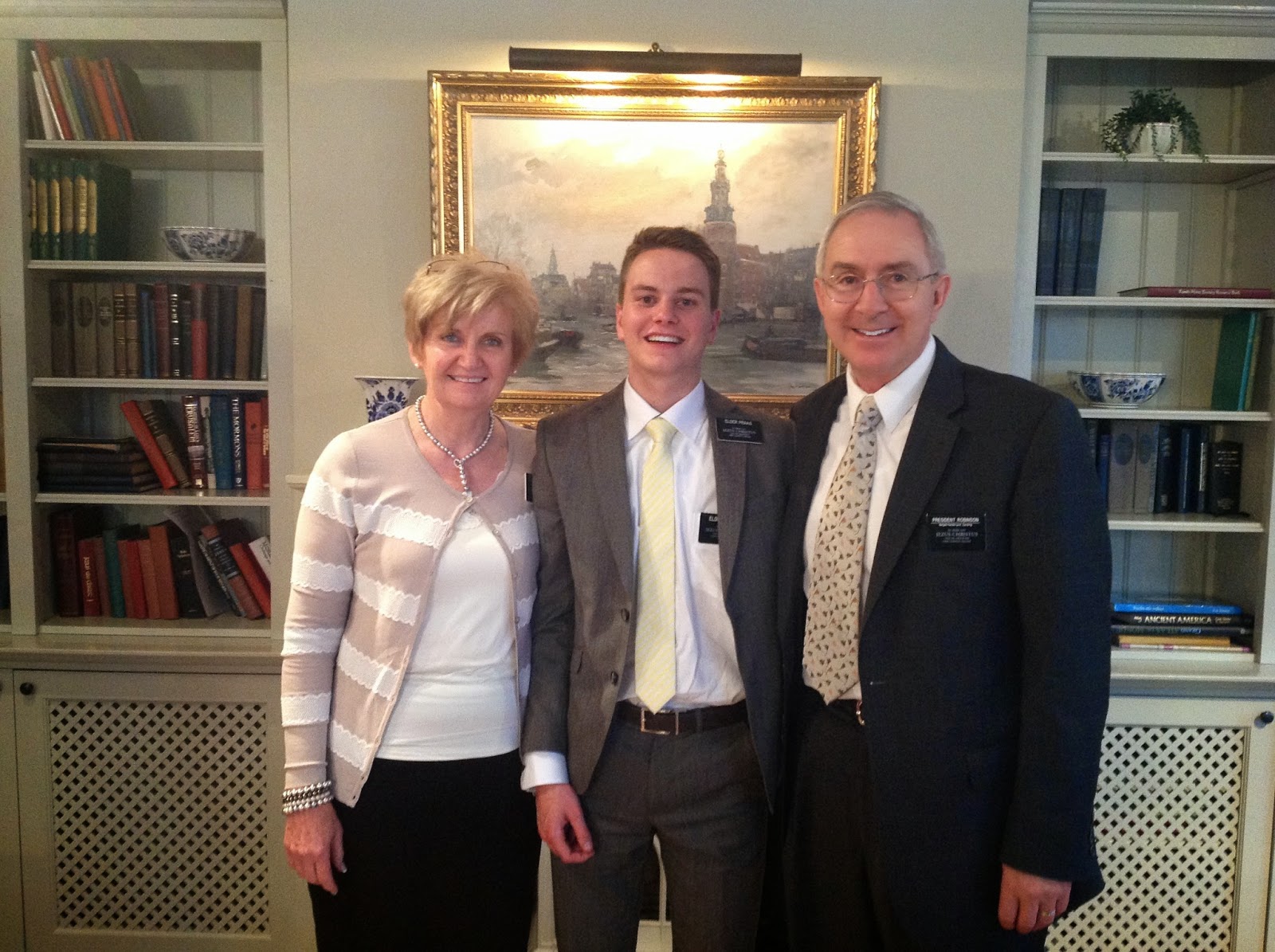 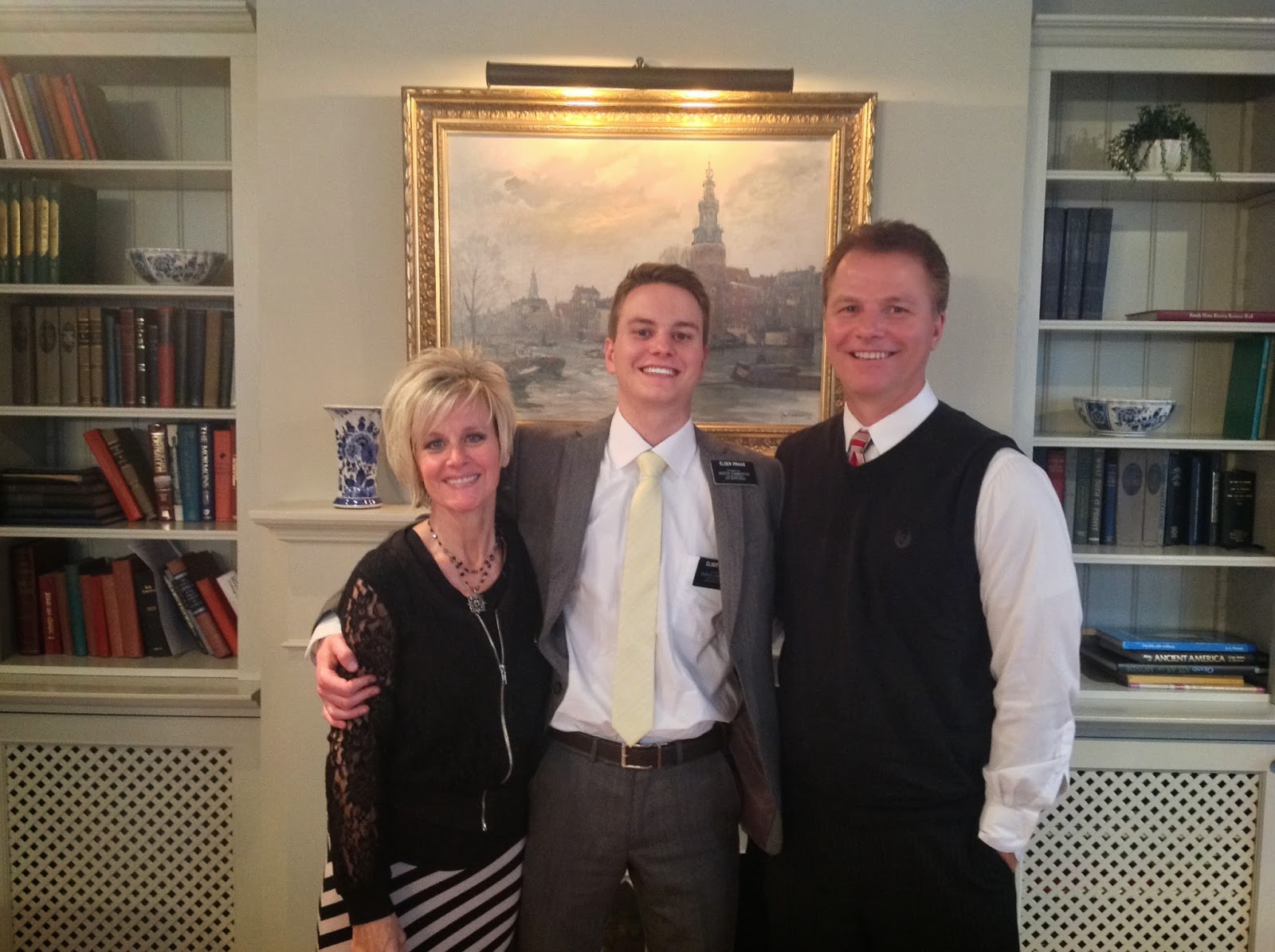 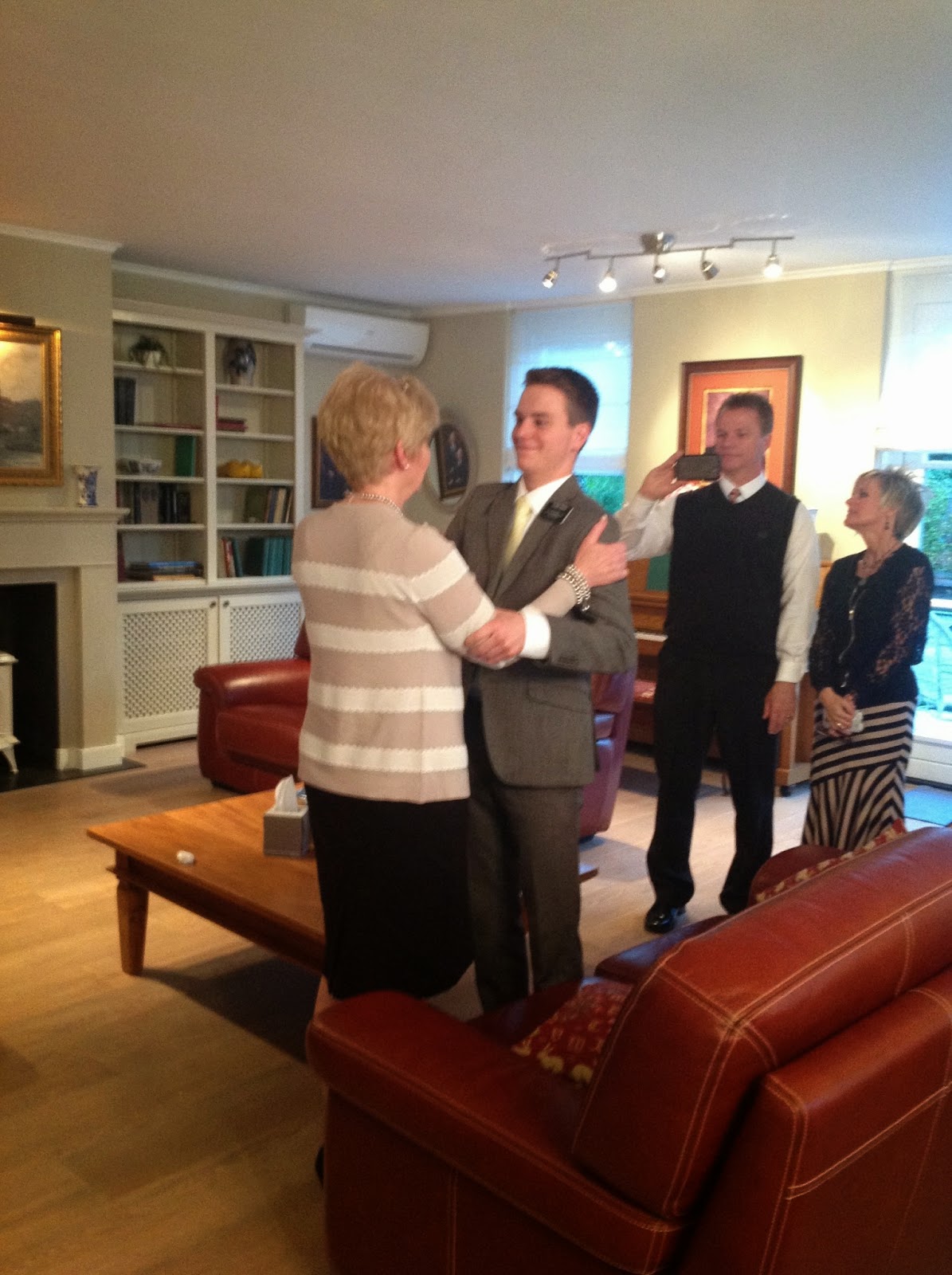 It is always difficult to say goodbye. 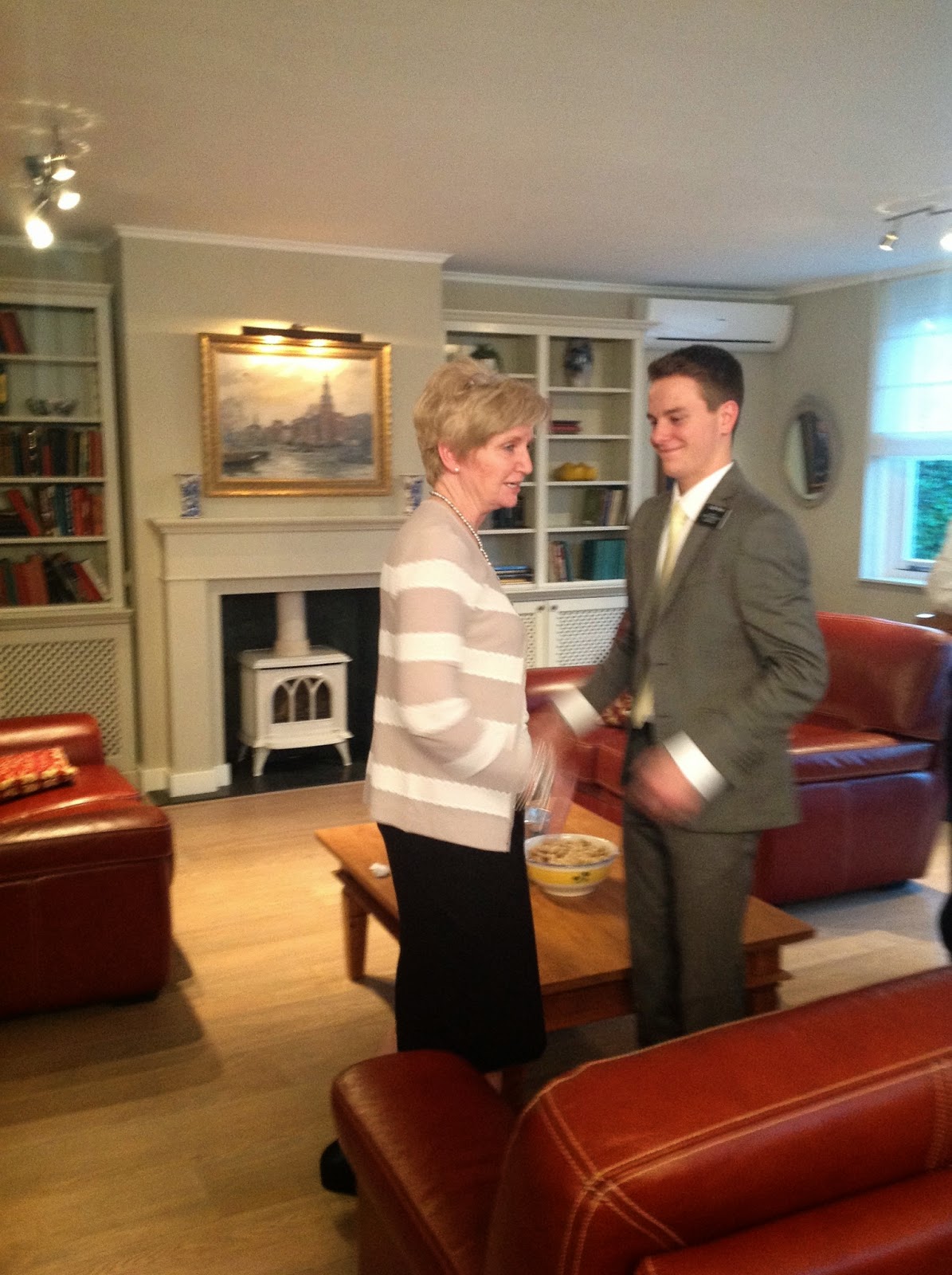 But it is always great to see a missionary go home who
really know who they are and why they come on a mission. 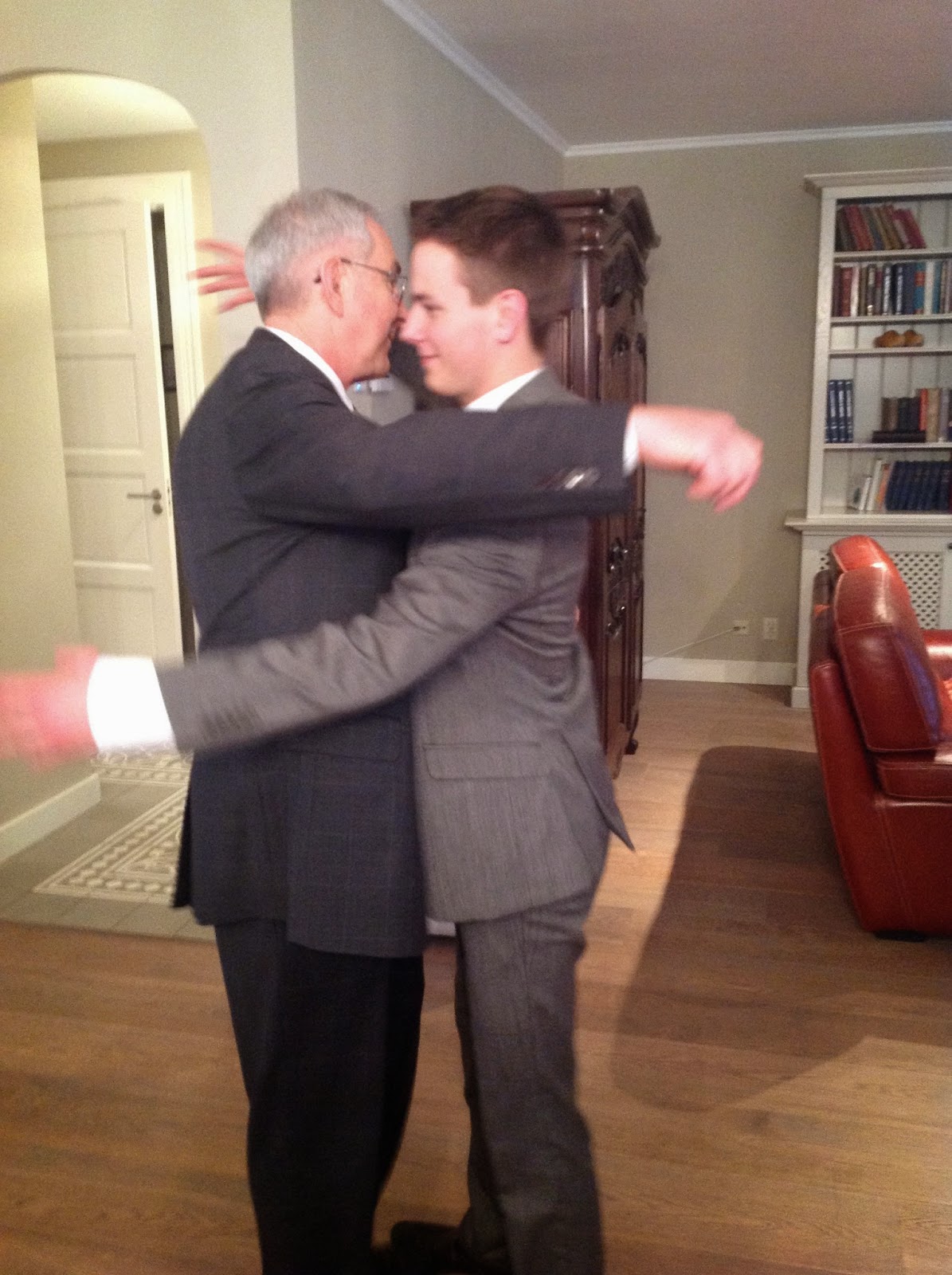 One last hug from President. 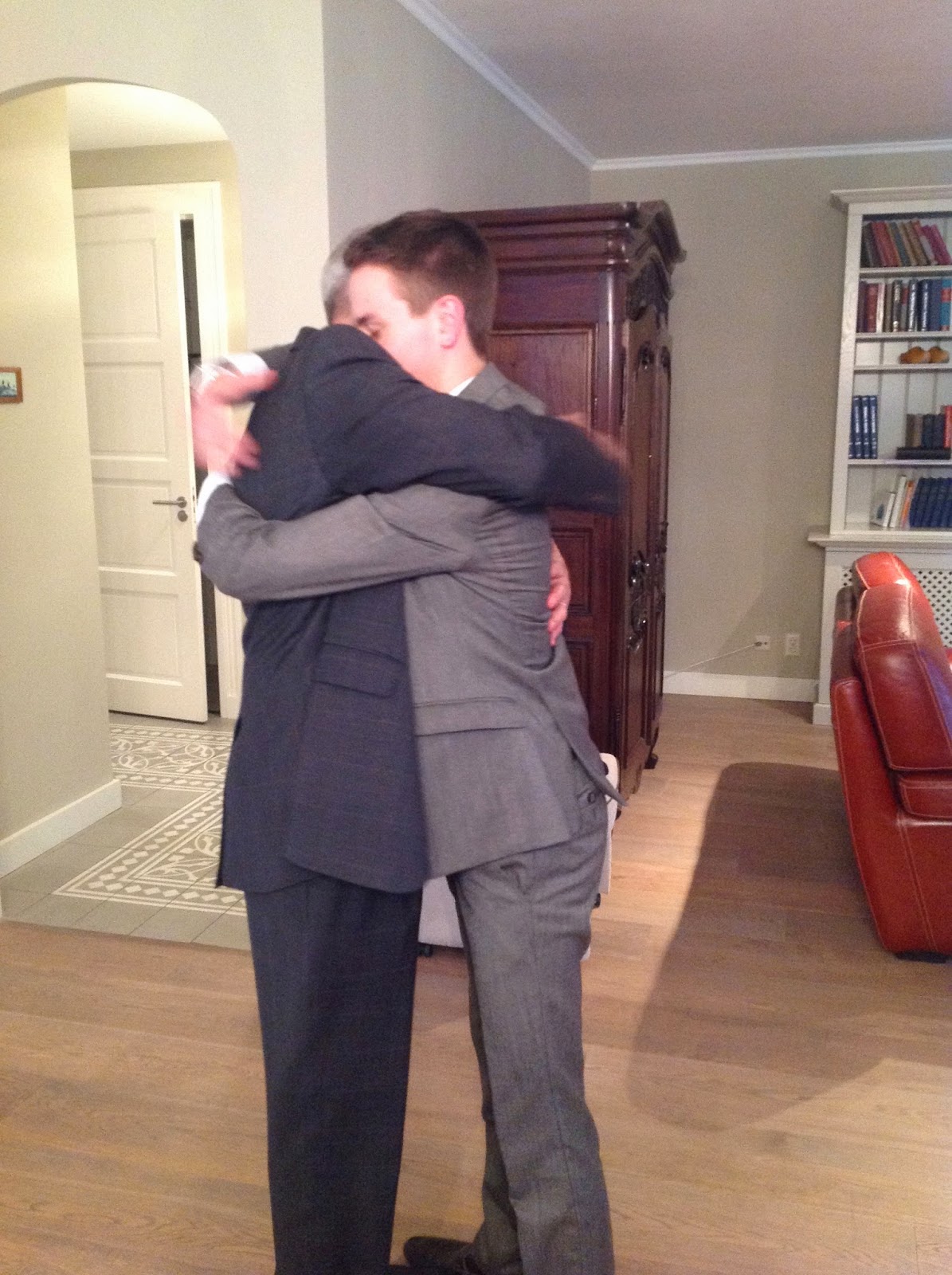 Life will be just a little empty without Elder Praag!

We love you and success with everything you do!

Posted by Zuster Robinson at 8:36 PM