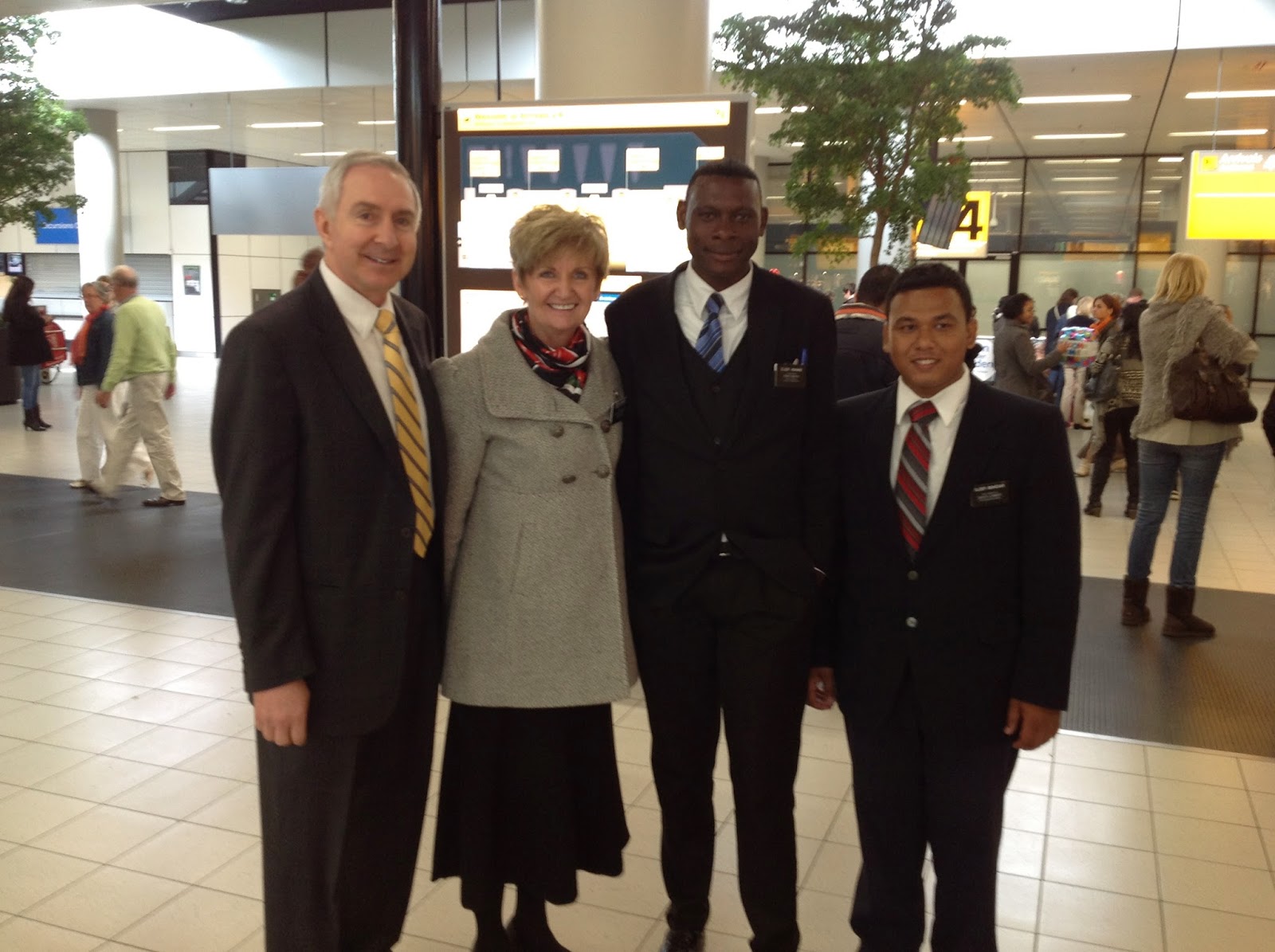 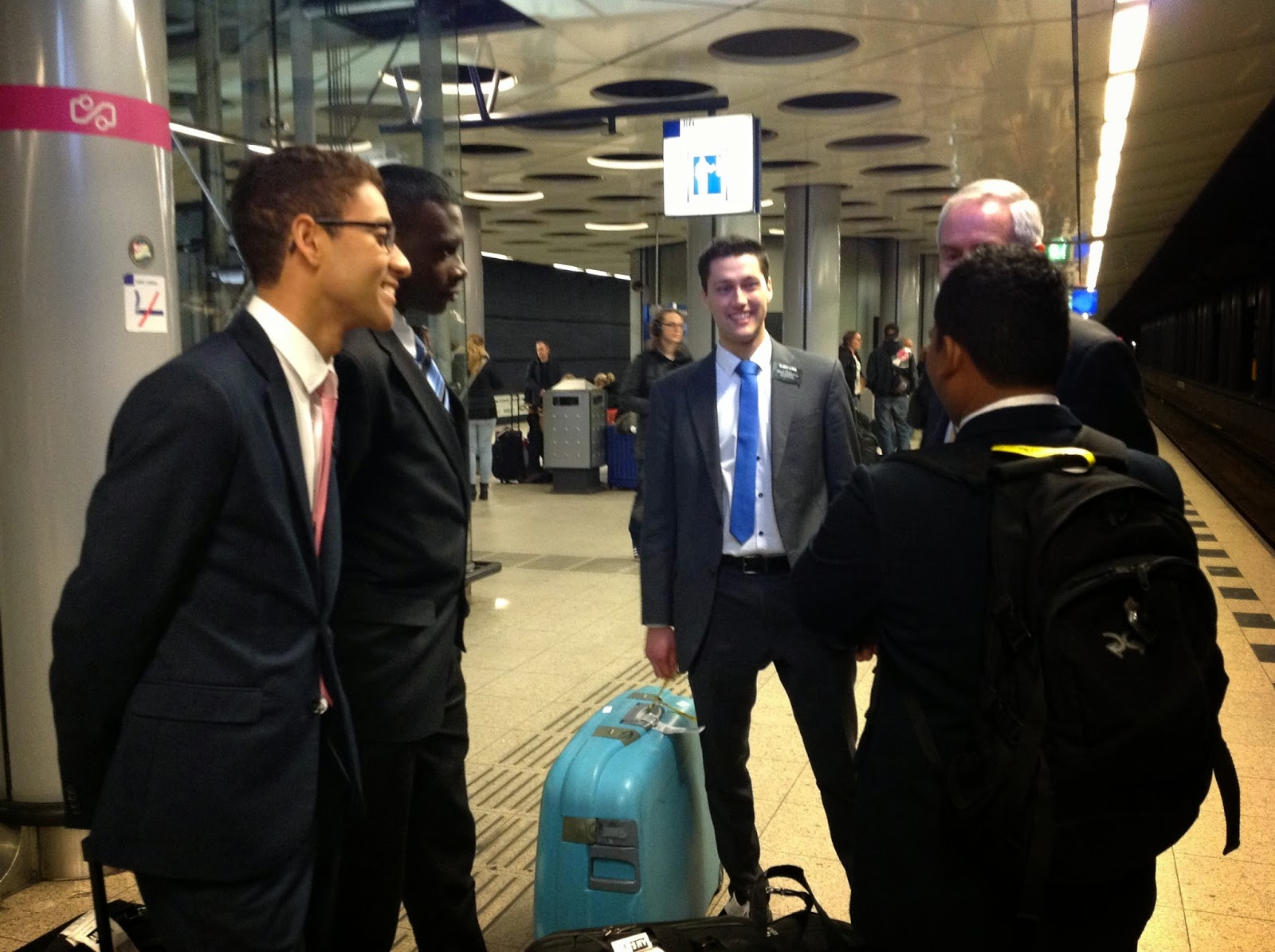 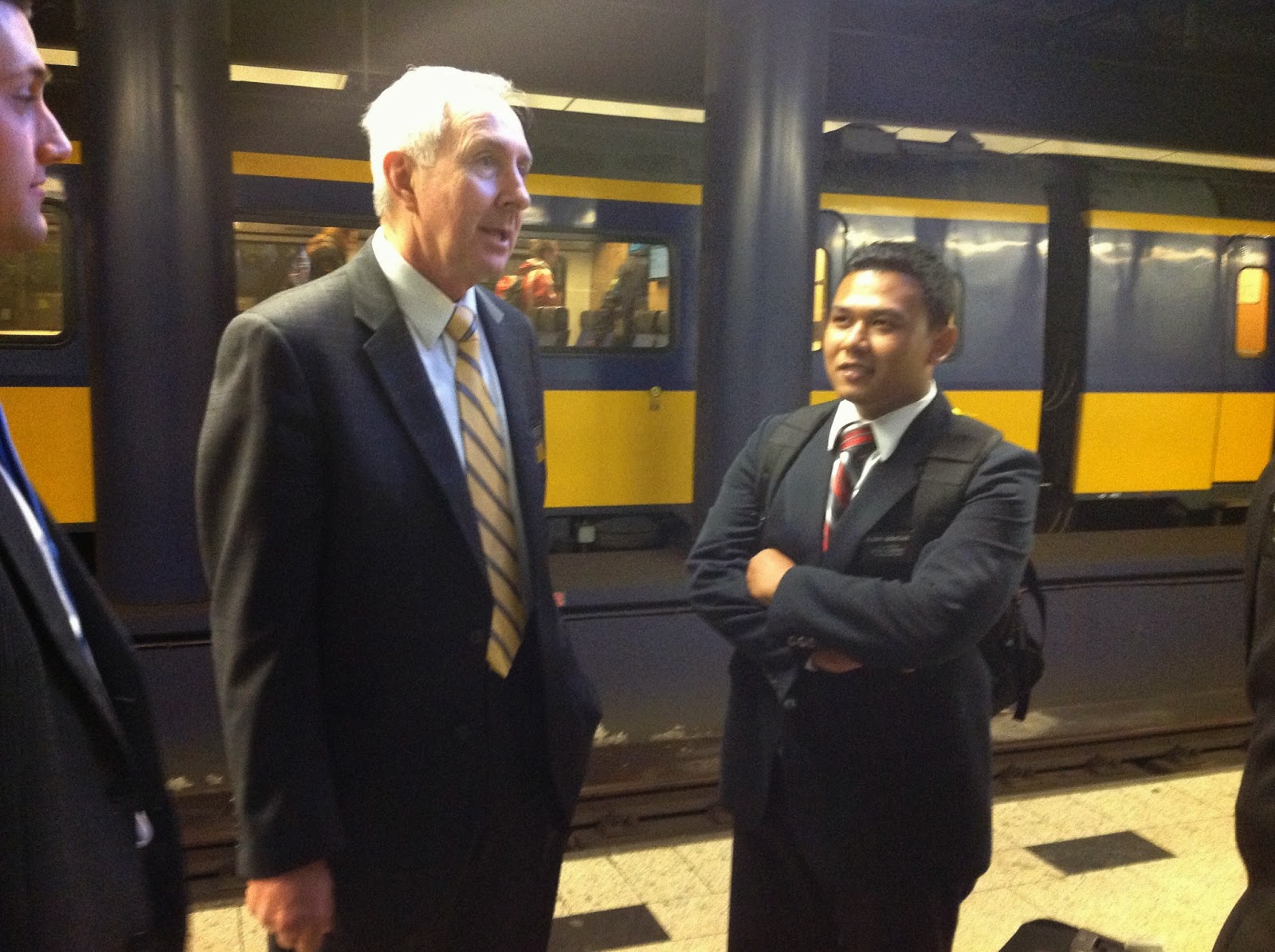 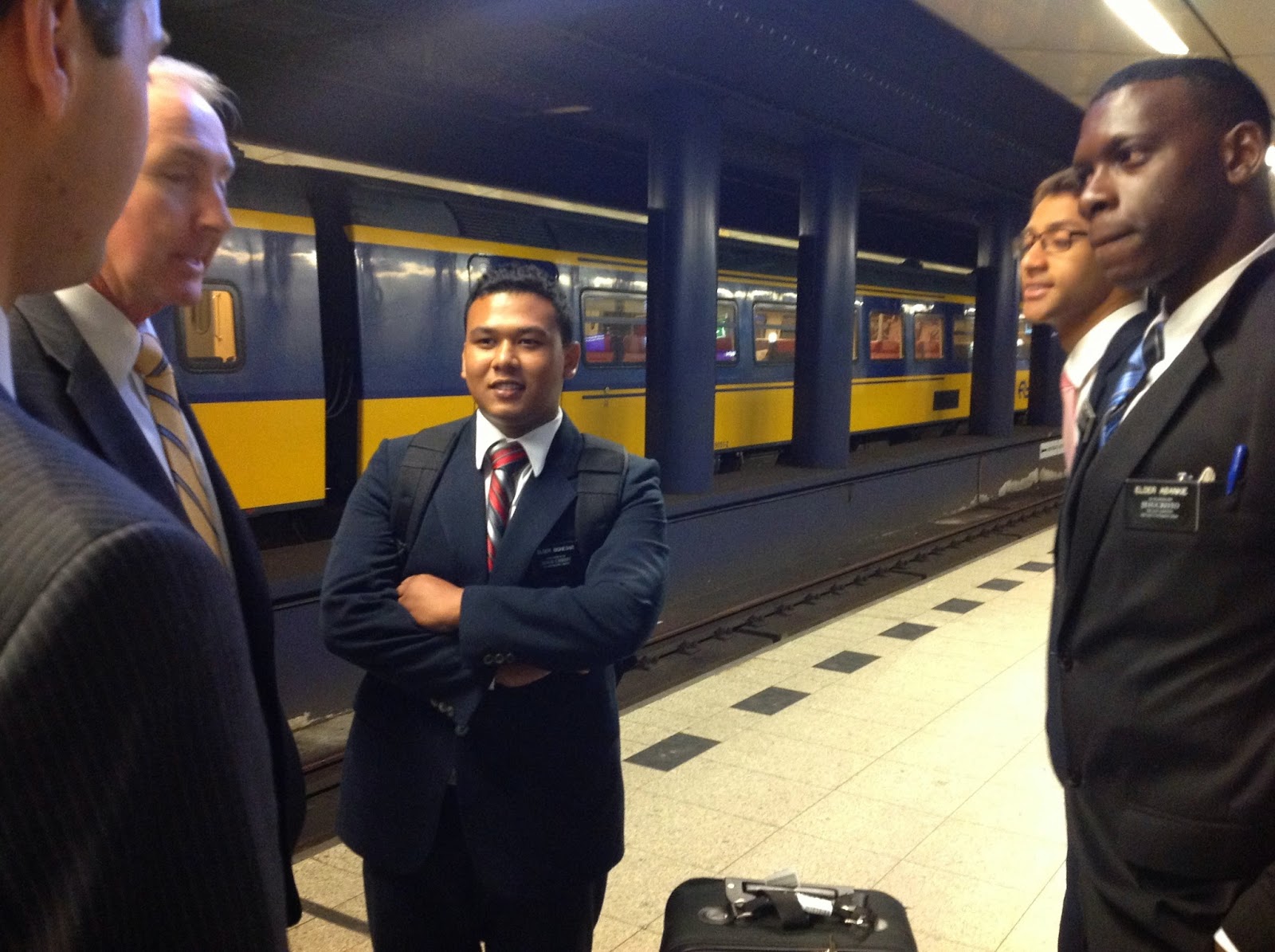 Excited to have these two Elders here serving. 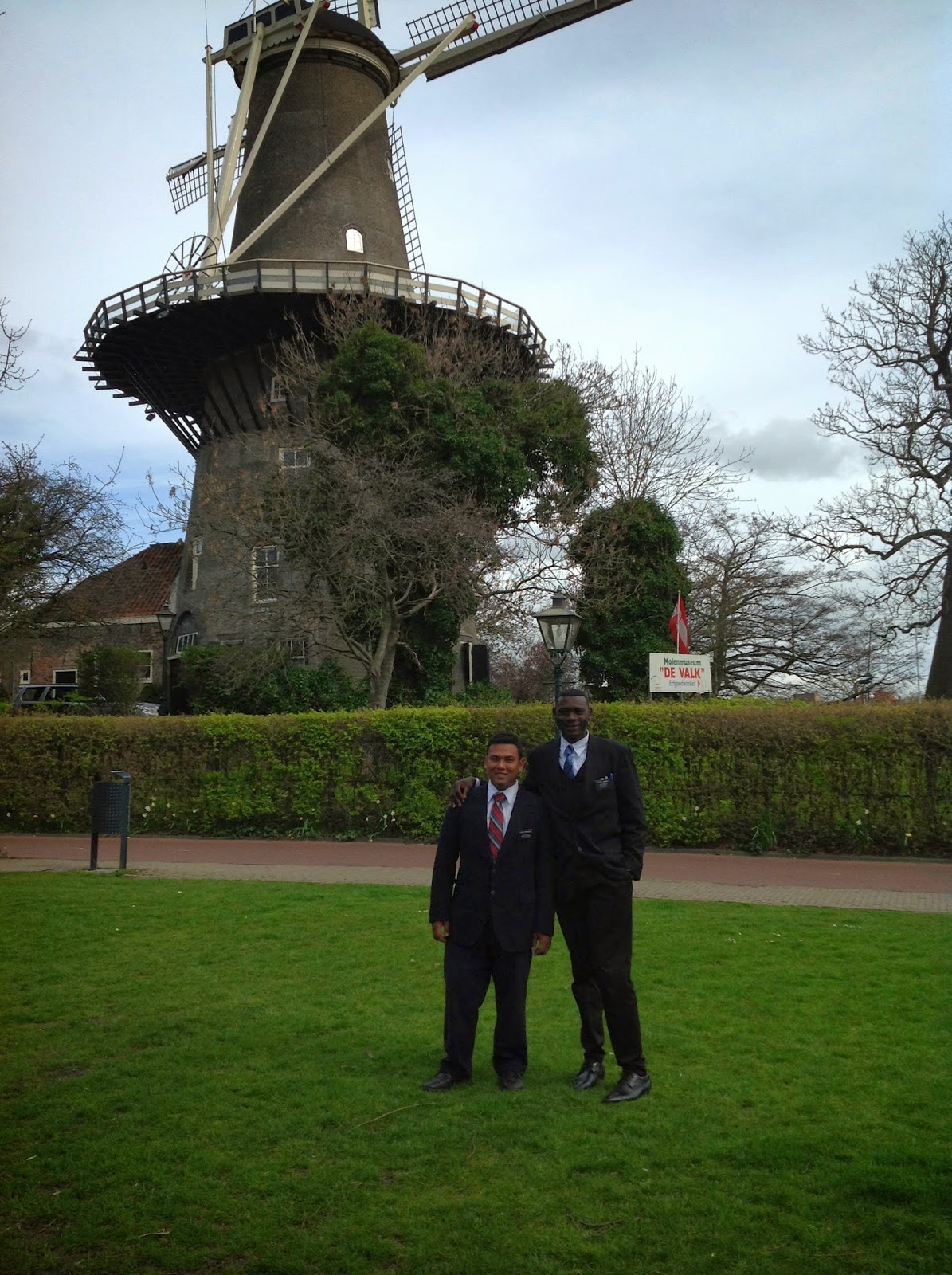 Elder Bishesar andElder Abankie were serving as companions in the Surinam mission prior to getting their VISA for Netherlands. 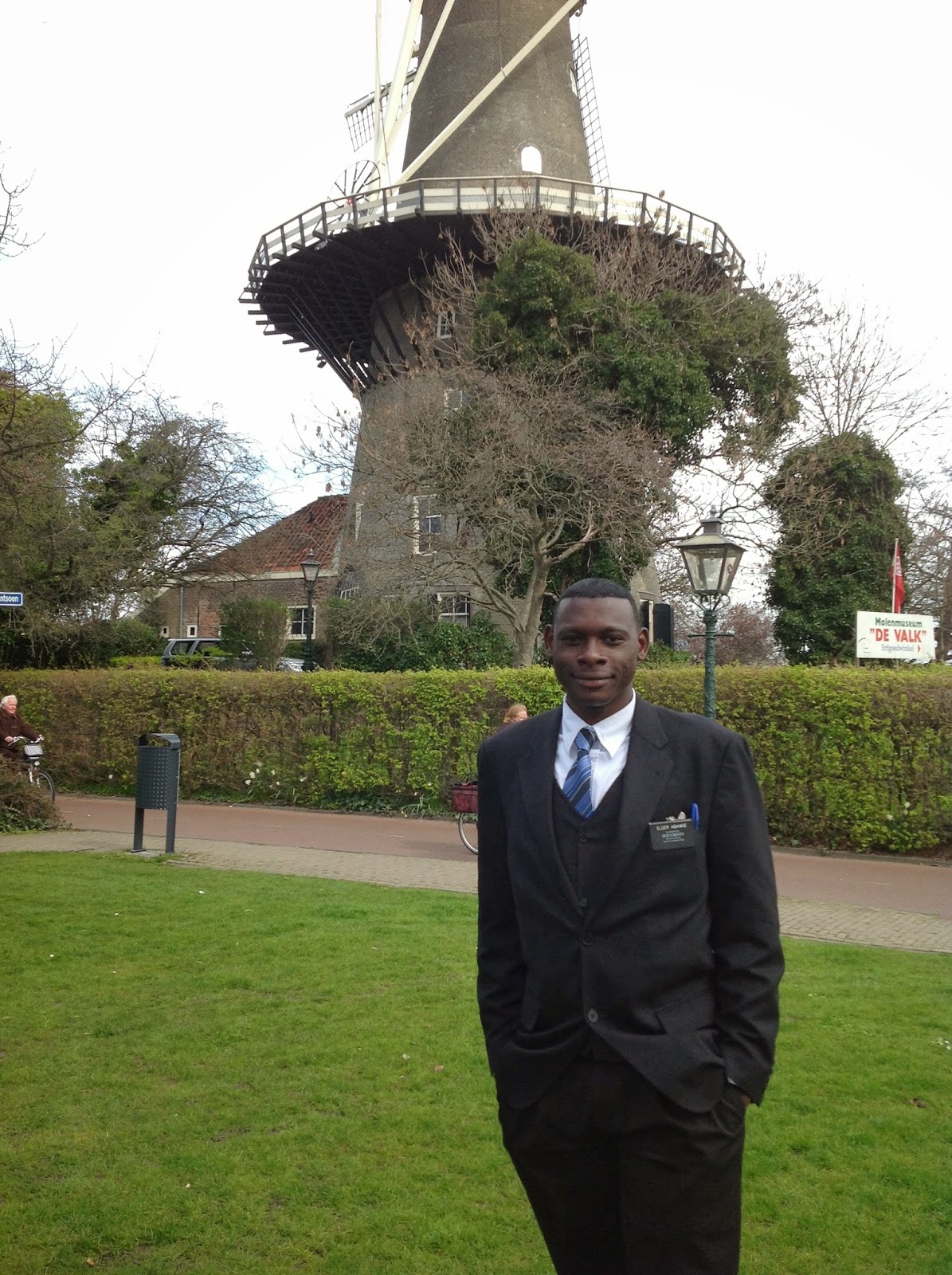 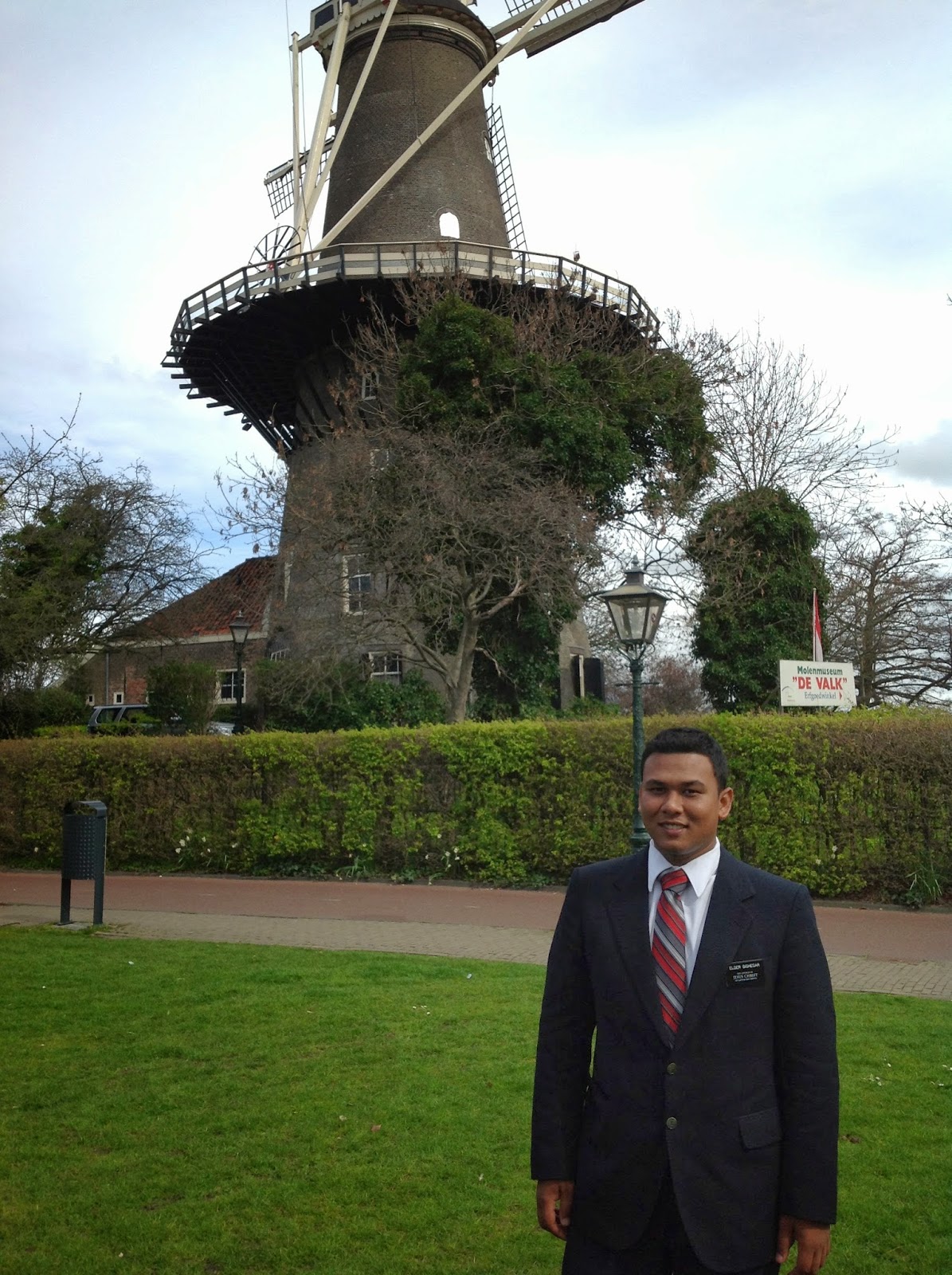 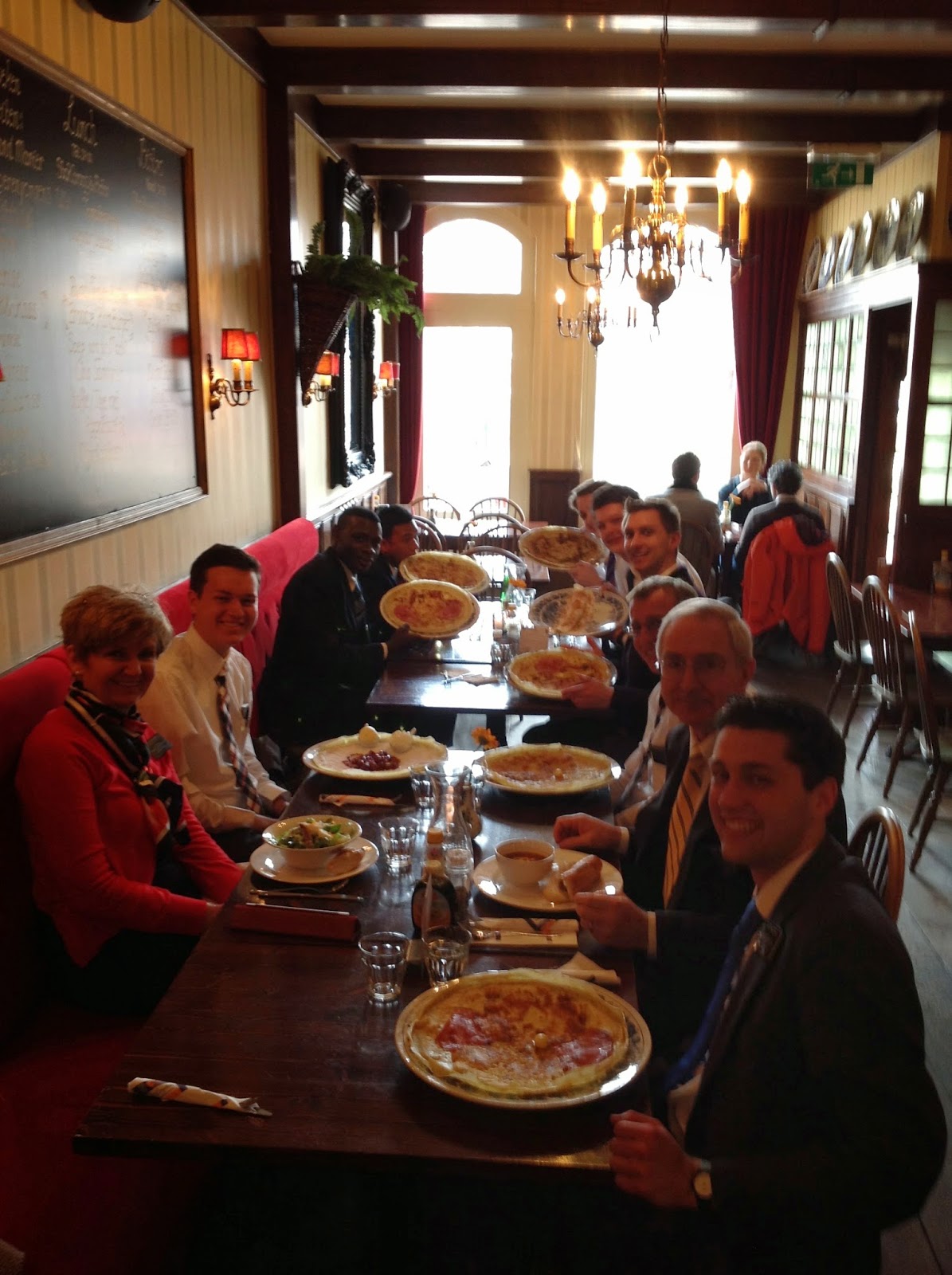 Off to Oude Leiden for a pannekoeken lunch 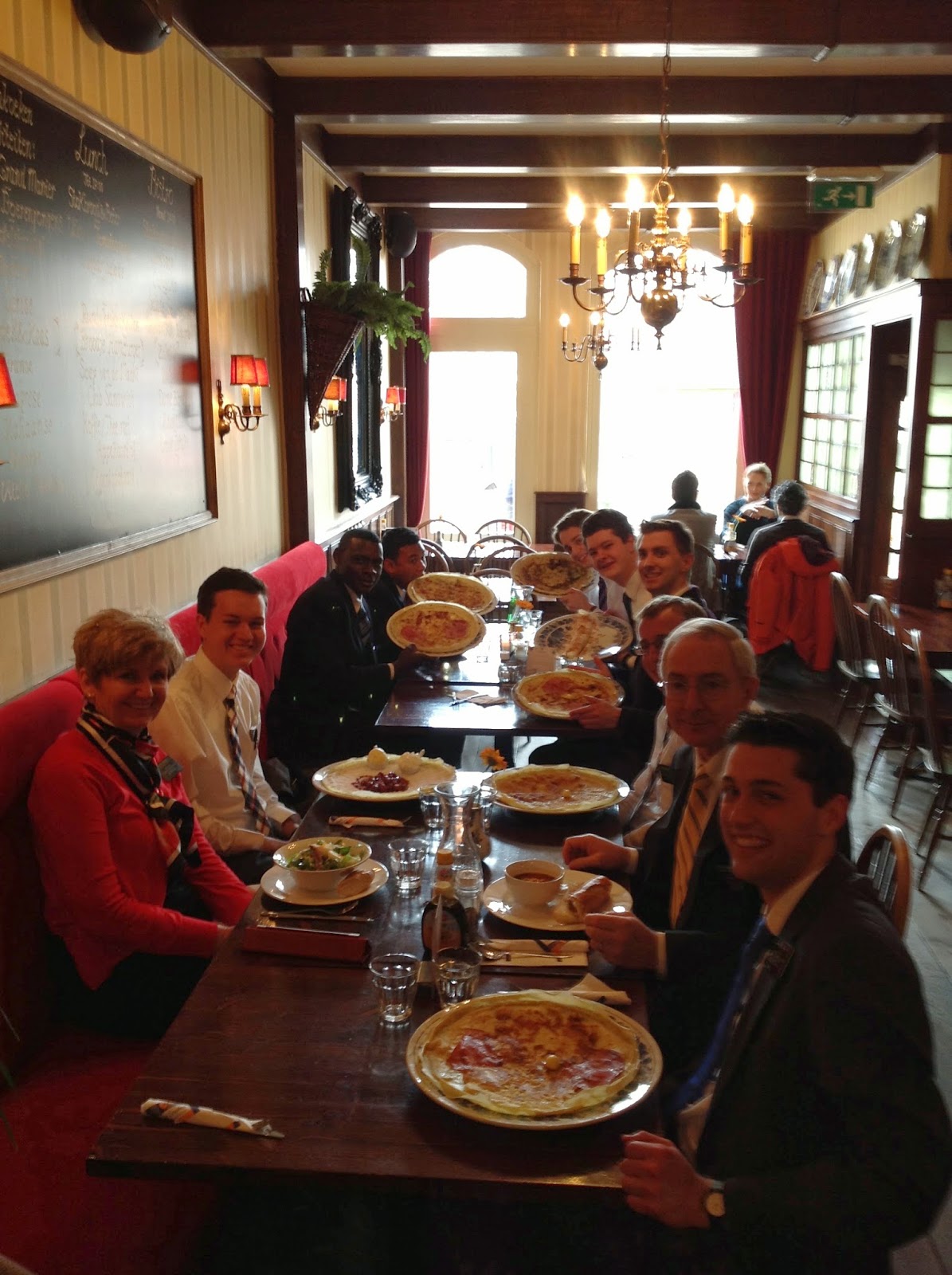 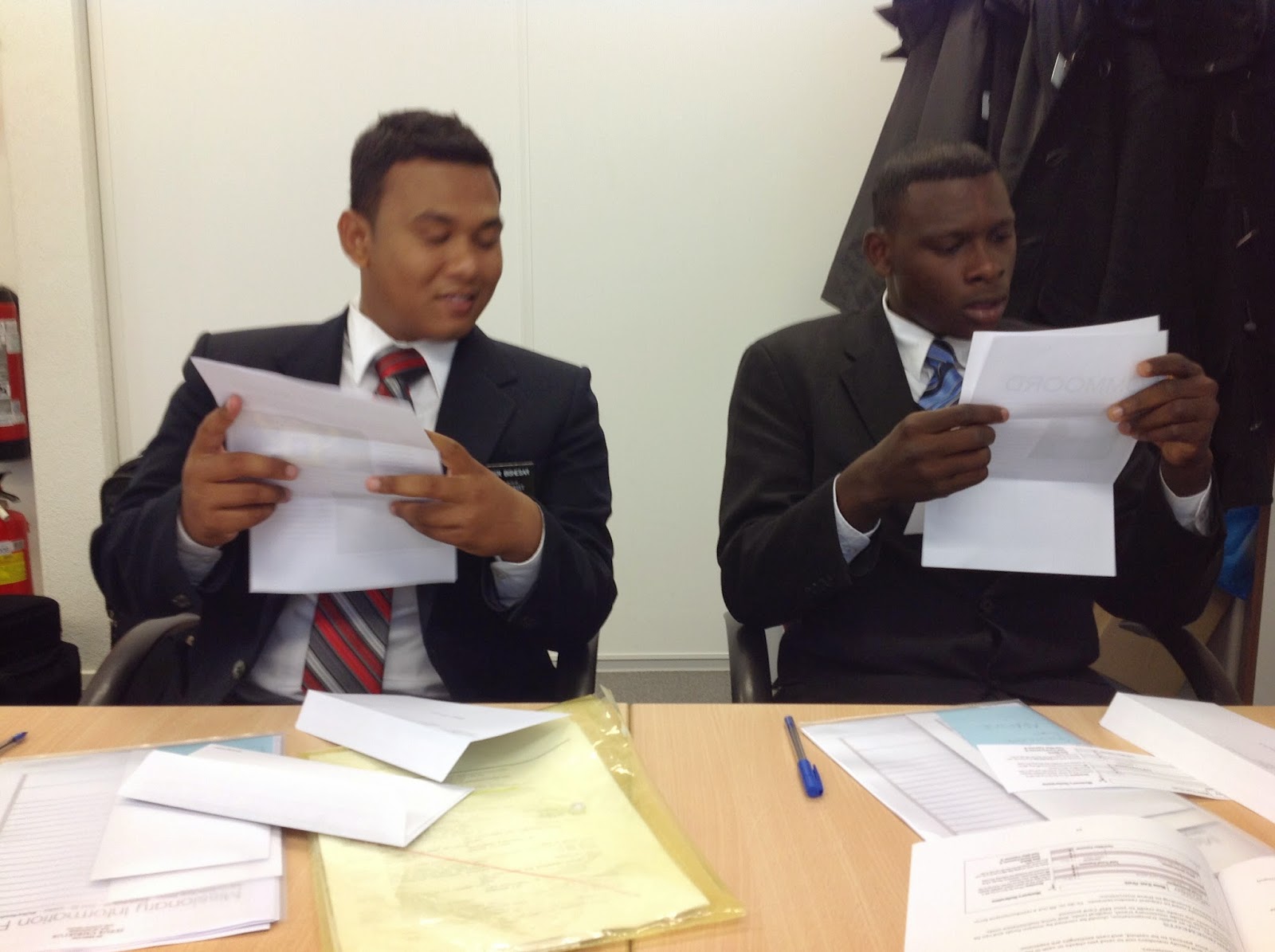 Elder Abankie reads his 'first call' letter.  He will serve with Elder Lyman as his trainer and companion and serve in Gouda Elder Bishesar will be serving with Elder Kettler as trainer and companion in Lelystad. 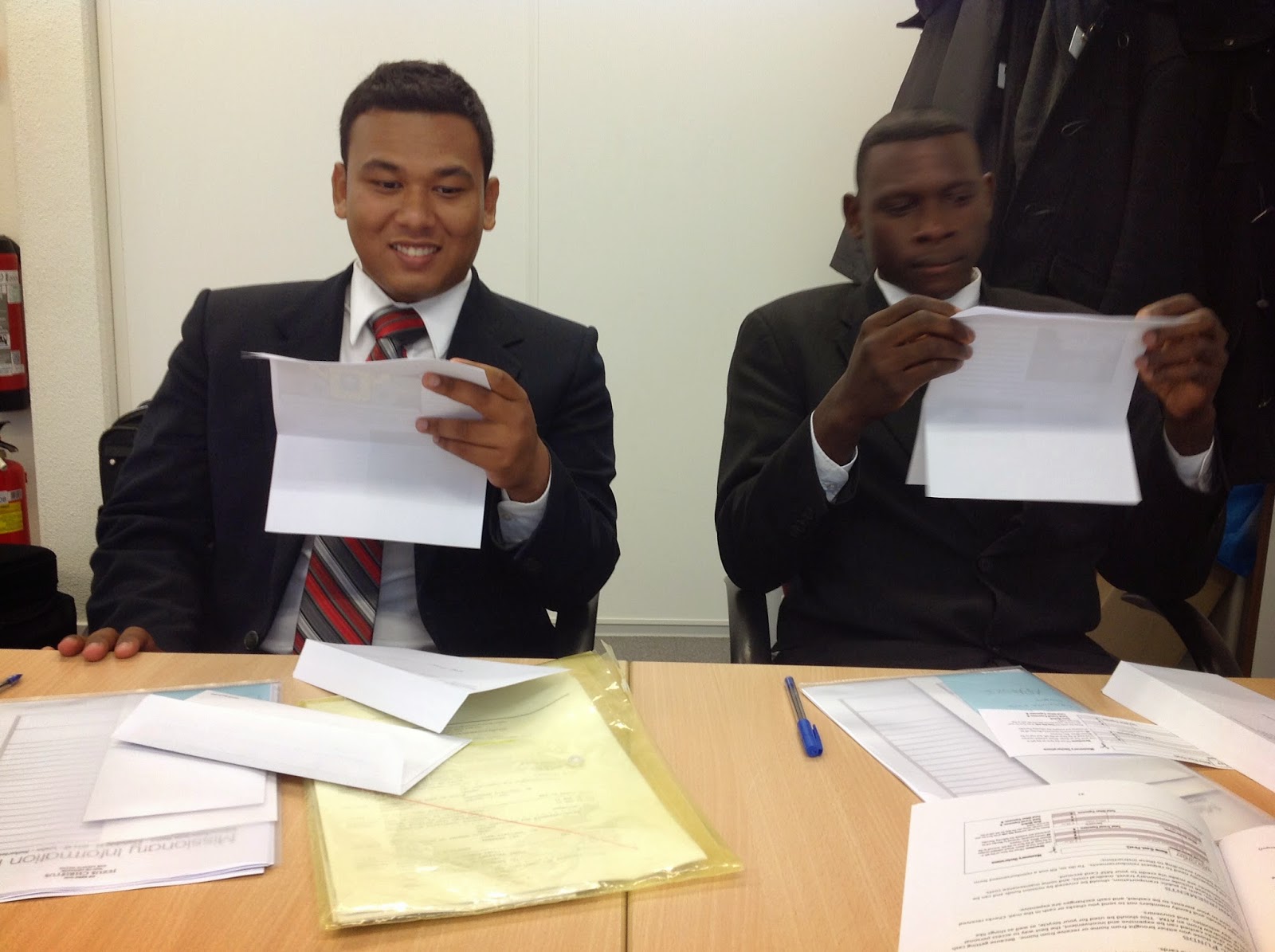 Congratulations to both Elders. 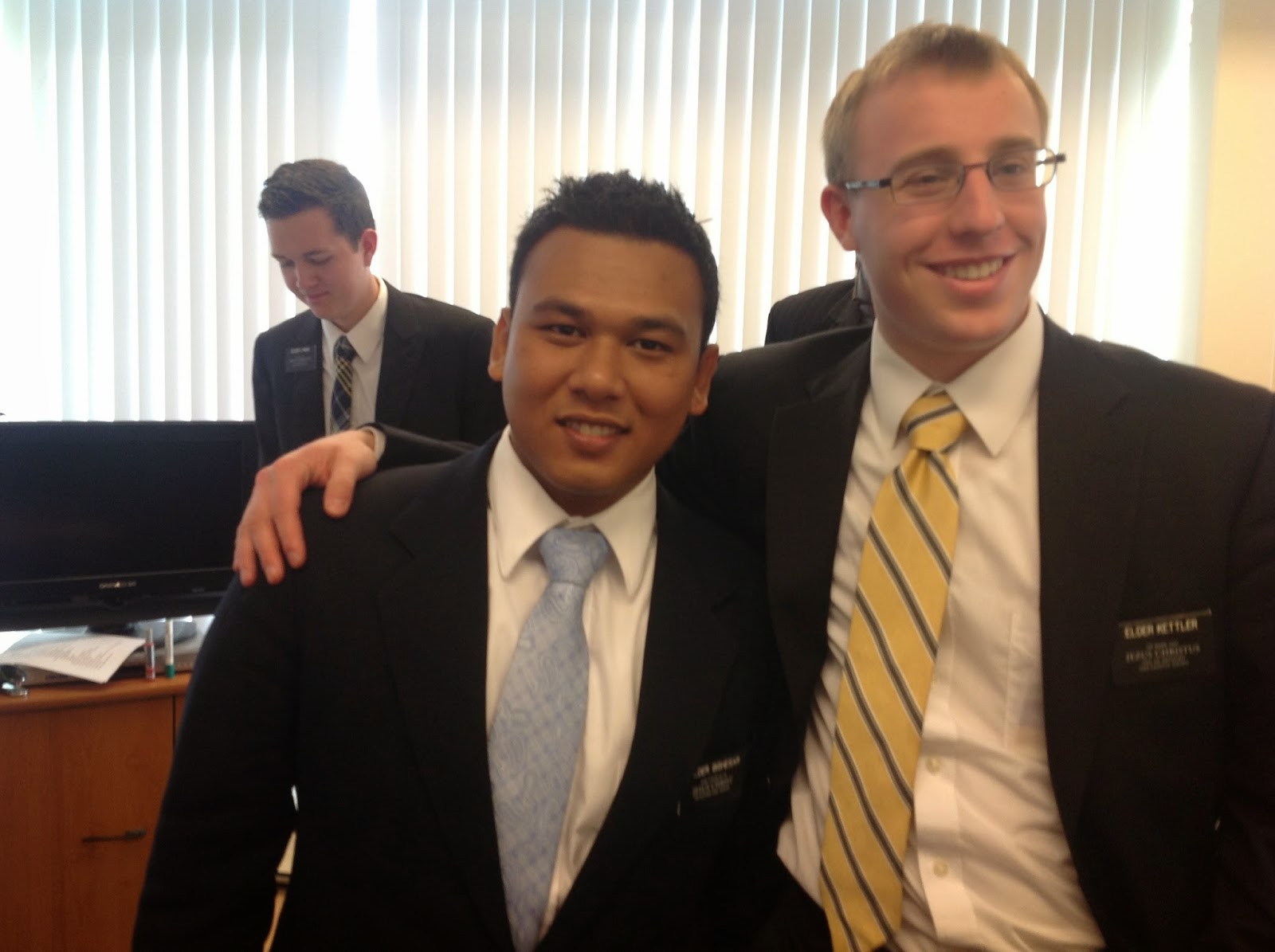 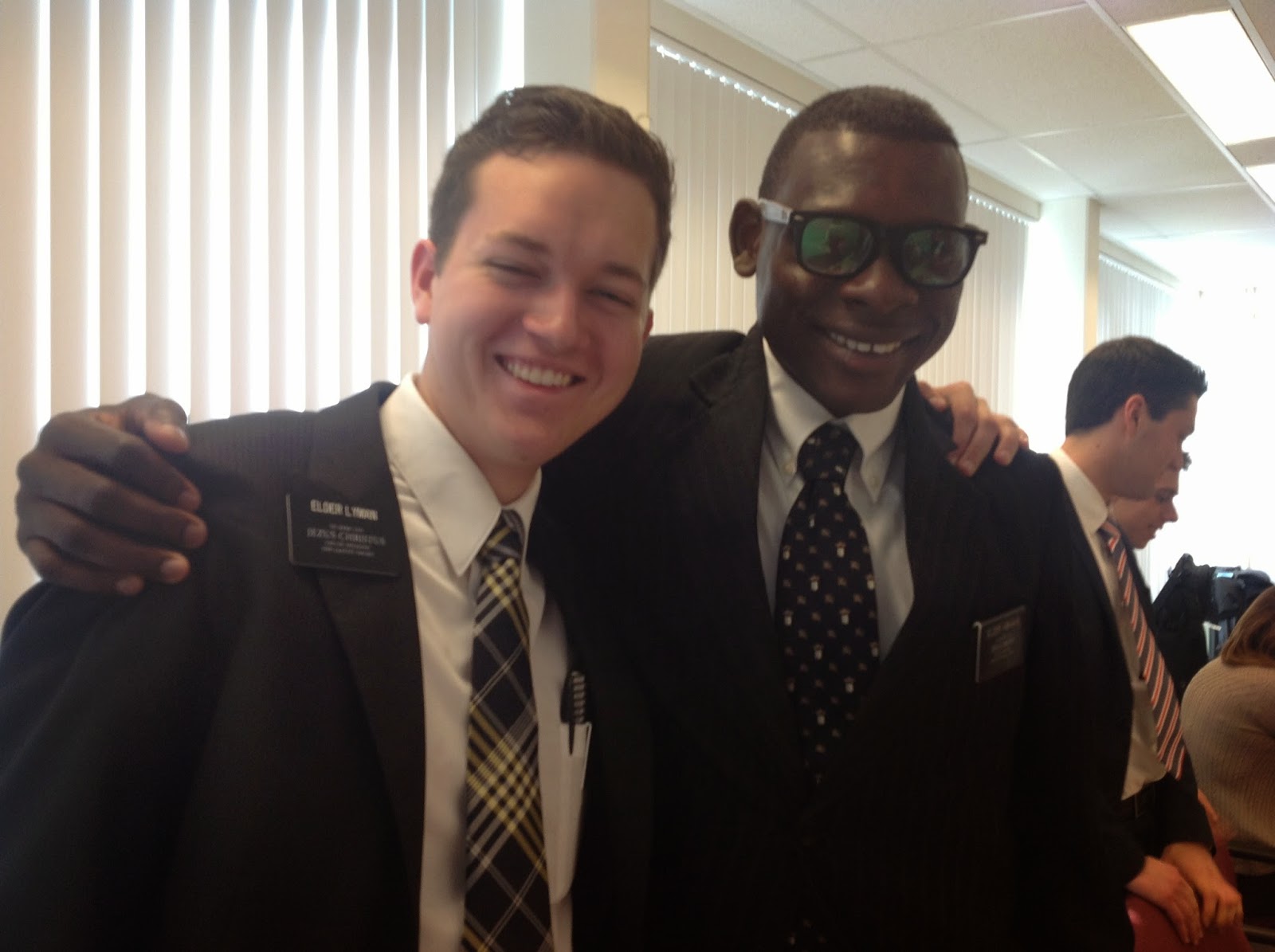