On Thursday, March 14, 2013 we held Zone Conference for Den Haag and Apeldoorn Zones in Leiden.  It is always one of the favorite times for missionaries.  A chance to see old and new friends and to be trained.  We all enjoy the opportunity to learn and be edified by the Spirit as we move the work of the Lord forward in Belgium and Netherlands.

President Robinson and the AP's, Elder Van Rij and Elder Li, trained on overcoming objections by people as we talk with them at their doors and in the streets.  Also, they trained on how to be more personable and friendly with others.  President Scheldinga shared his conversion story and testimony.  He immediately endeared himself to the missionaries.  President and Sister Robinson shared the "10 Commandments" of Health, Happiness, and Looking Our Best!

The missionaries were asked to prepare themselves for Zone Training in April by reading and studying D&C 109, the Dedicatory Prayer for the Kirtland Temple.  We are planning to attend the temple in Zoetermeer.  We all love that Zone Training.  We will have the opportunity to be in the temple with the mission family we love and depend on while we are here. 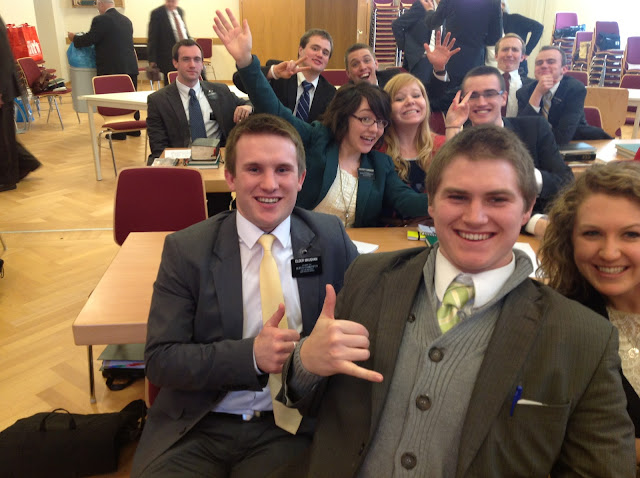 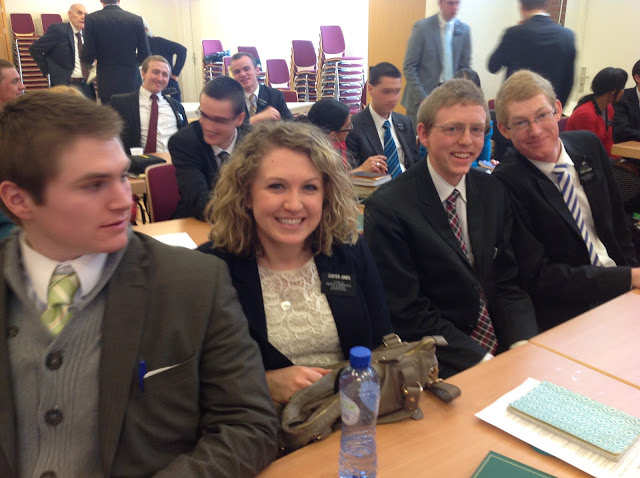 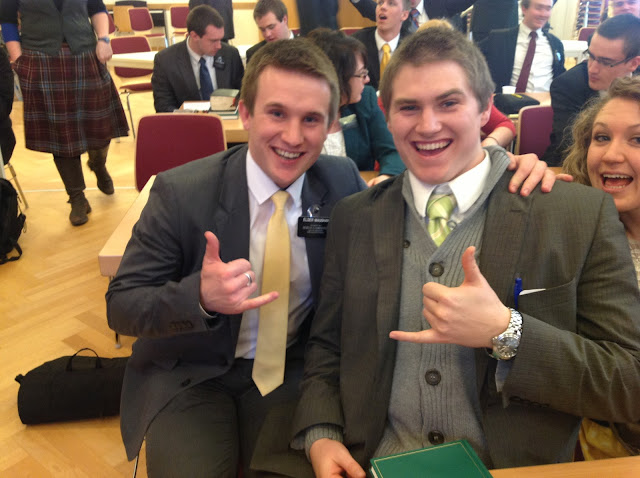 Back to Elder Maughan and Elder Romer--with Sister Jones 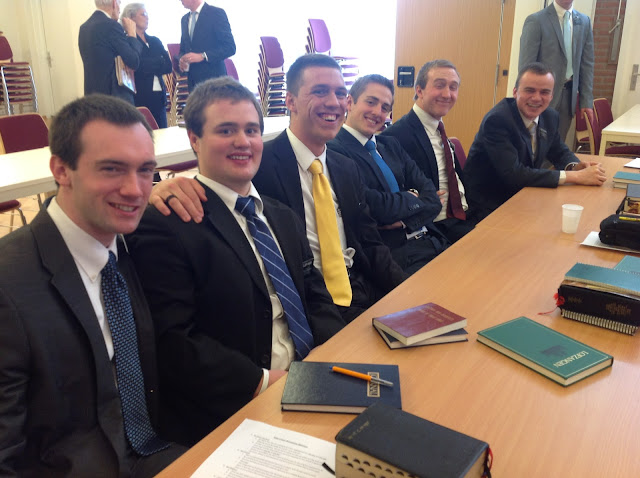 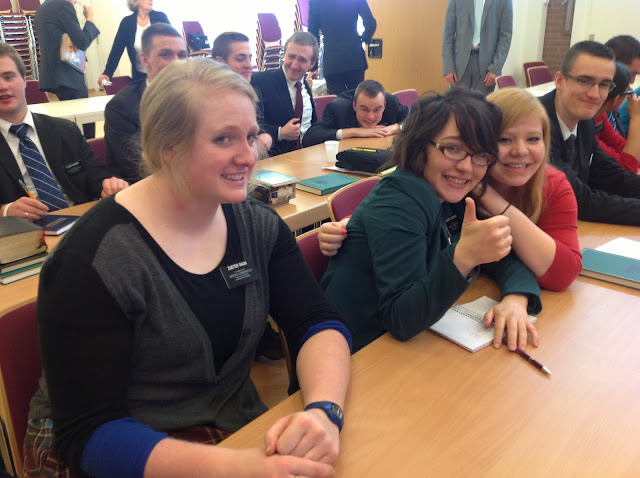 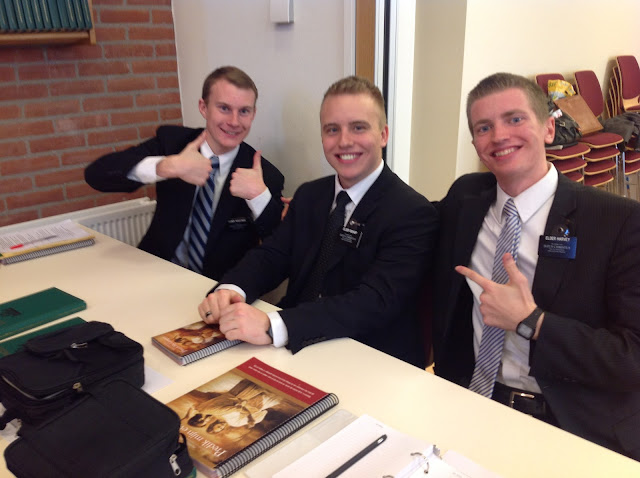 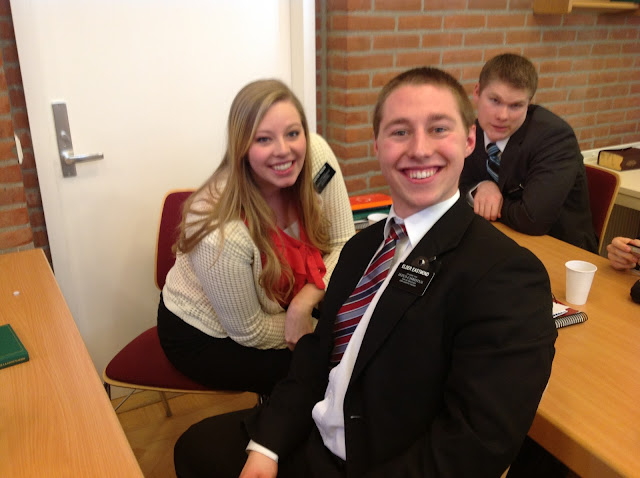 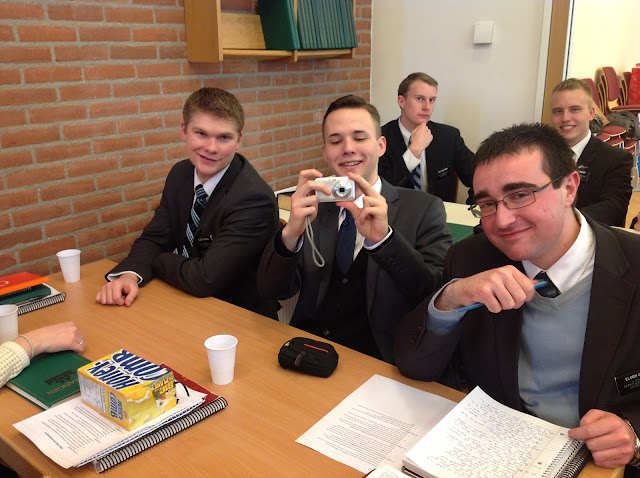 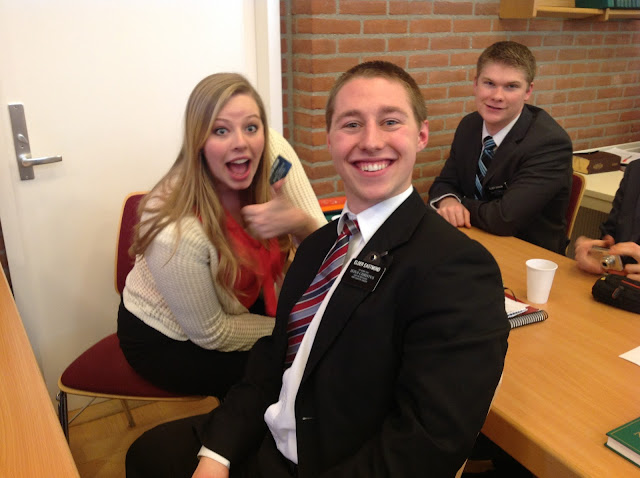 Back to Sister Rigdon, Elder Eastmond,  and Elder Suckow 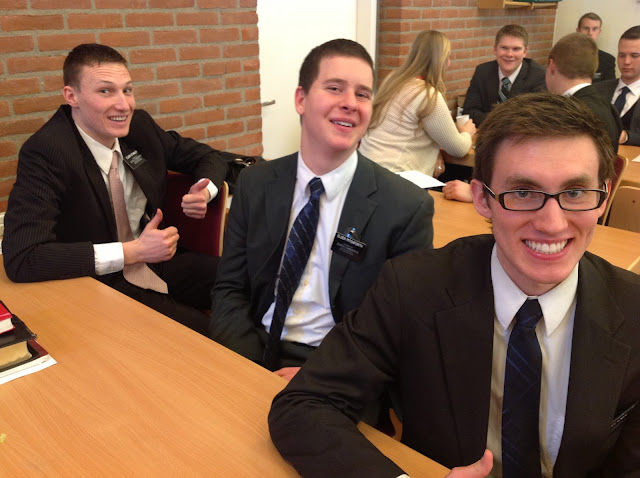 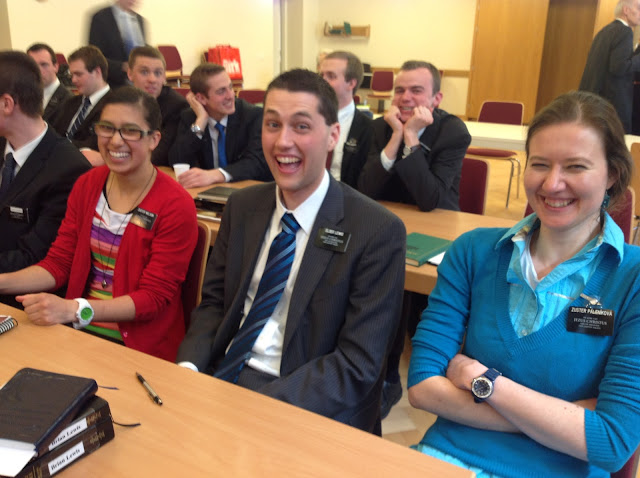 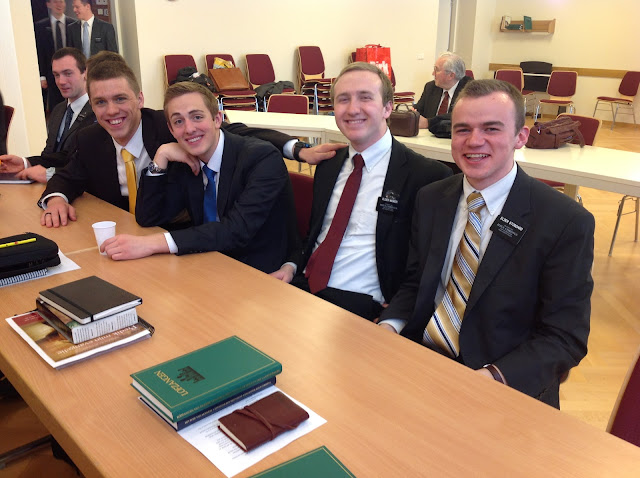 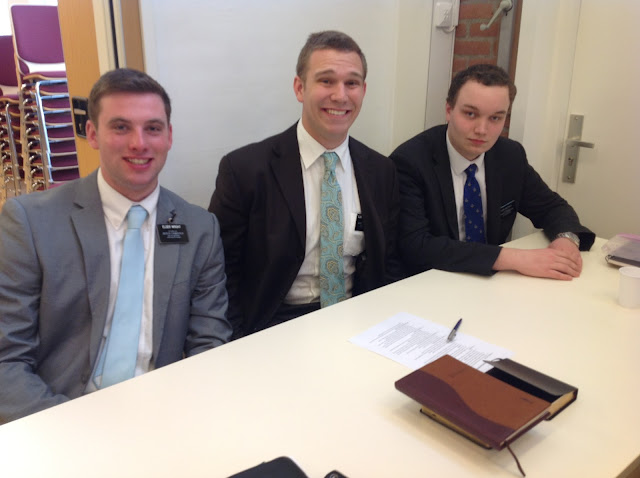 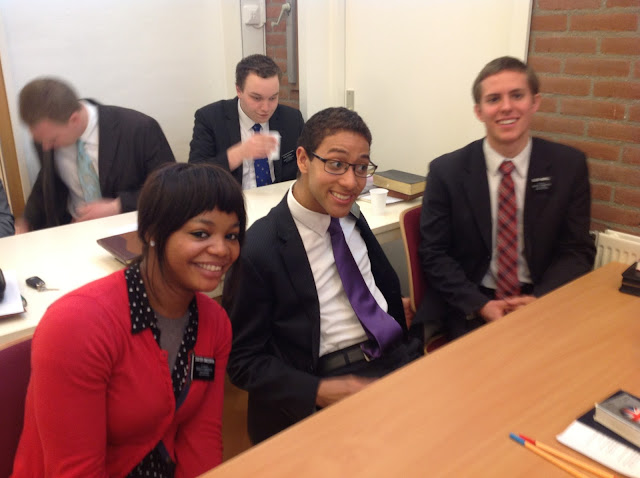 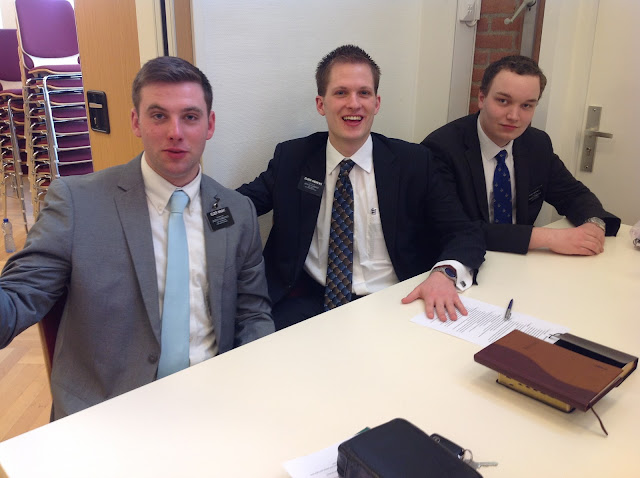 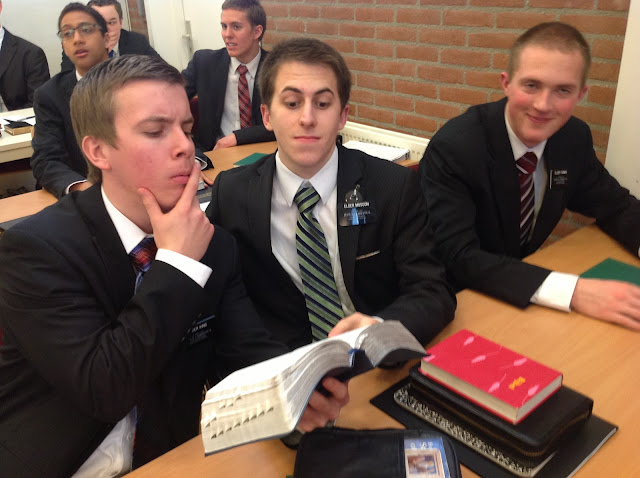 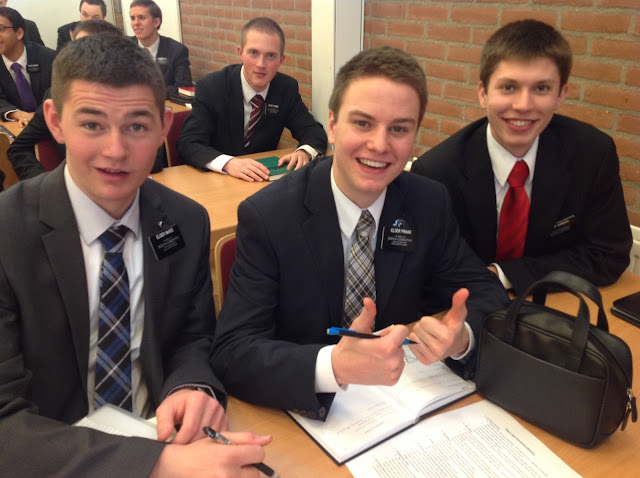 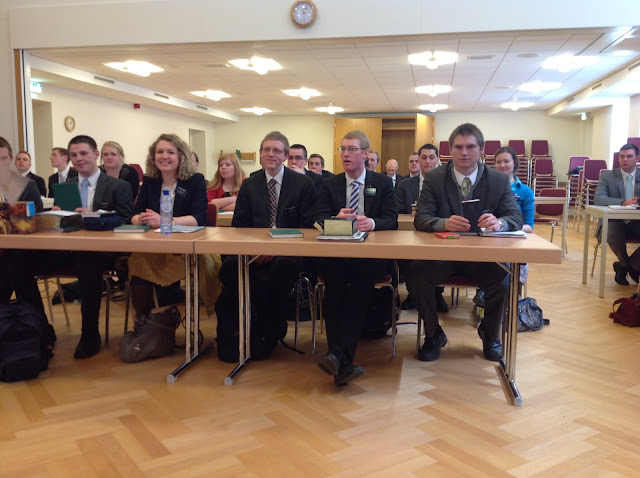 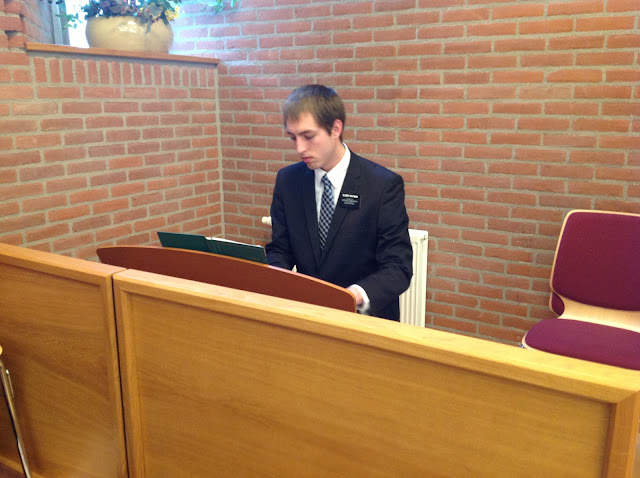