Some Go and MORE Come!!

This is the end of our small groups coming in from the MTC in Provo.  So we were especially excited to get Elder Alston and Elder Rowley.  On Tuesday, March 19, 2013, we welcomed our newest missionaries. 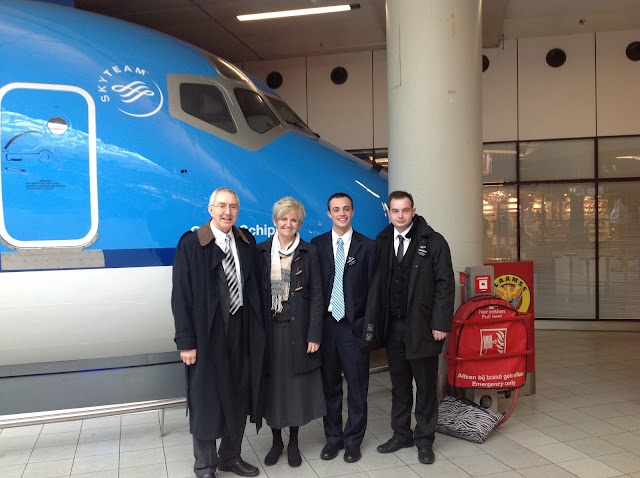 
Off to the Mission Office in Leiden to get the paper work done, the legality finished, and the financial issues taken care of before we take them to an early lunch for Pannekoeken. 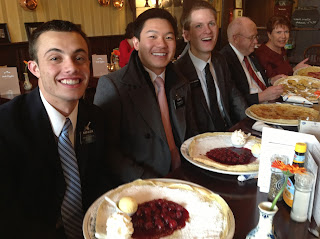 Pankratz in the back, Elder Moscon, the legality Office Elder, Elder Van Rij, Elder Rowley (our only Elder in the mission from England) 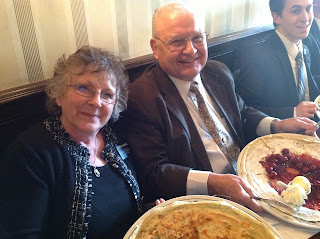 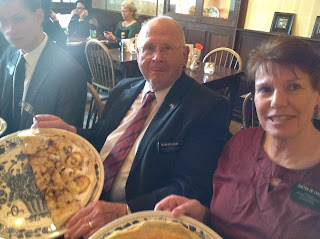 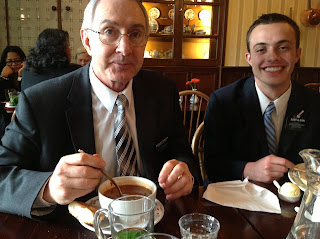 
After lunch and legality, off to the Mission Home for a nice nap after almost 22 hours of little to no sleep.  After a nap and a dinner at the Mission Home, we held our Welcome and testimony meeting.  Afterward they both opened their call to their new area and who their trainer would be for their first transfer. 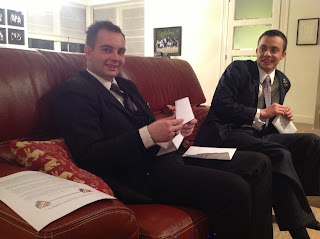 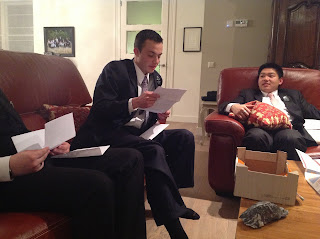 Elder Alston will be serving in Gent, Belgium with Elder Bickham as his trainer.
President told Elder Alston he would now have to learn another language--
Flemish!

Next morning before we head back to the office to meet their new companions, we stop for a picture to document that they are truly in the Netherlands. 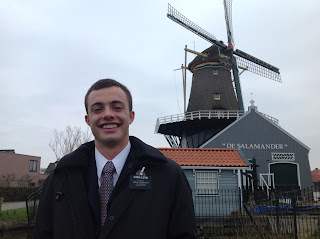 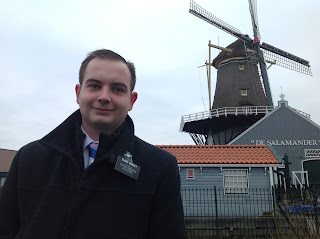 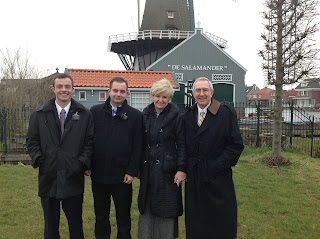 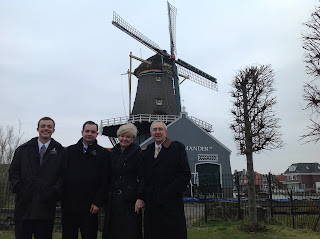 Elders, welcome to the Land of Windmills and soon, very soon,
the Land of Tulips!

We love you and are so very glad you are here!

Posted by Zuster Robinson at 1:28 PM