We have a new European Area Presidency.  They began
serving together on August 1, 2012. 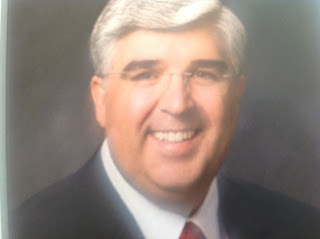 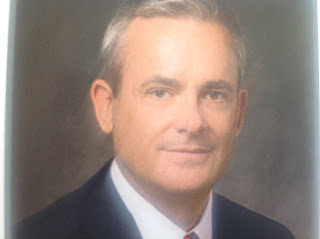 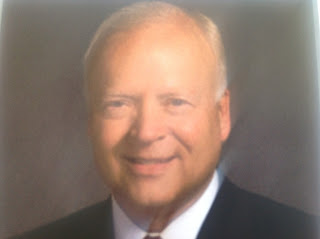 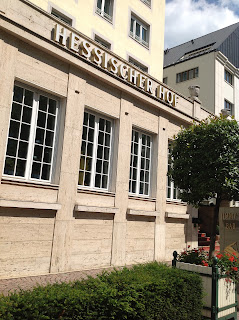 We traveled to Frankfurt on August 10-11, 2012 for our New Mission Presidents' Seminar with the European Area Presidency. We stayed at the Hessischer Hof  for the conference.  It was beautiful, right in Frankfurt, and true German. 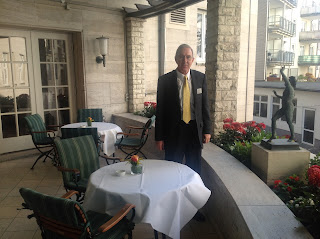 The outdoor porch for breaks and meals. 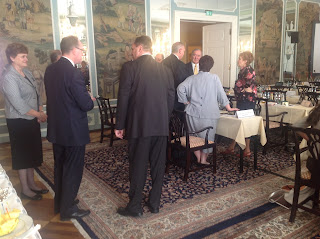 Time to get acquainted with the Area team
that is based in Frankfurt. 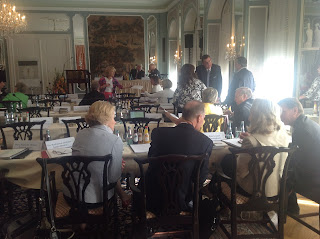 During breaks it was time to visit with 'old' friends from the
Provo MTC Mission President Seminar held in June. 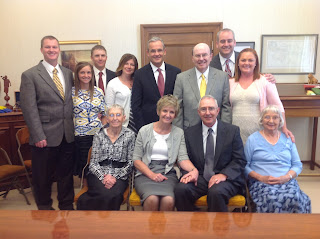 Elder Kearon has been assigned to tour the Belgium Netherlands Mission on September 5-7, 2012.  We are so very excited to have our dear friend come and meet our dedicated Missionaries and teach and train us so the work can go forward as has been promised to the saints in these two wonderful countries.
Posted by Zuster Robinson at 8:03 PM