On Wednesday, August 8, 2012, the Belgium Netherlands Mission got another great Elder--Elder Sumter.  Elder Sumter is from Netherlands and three weeks in the MTC in Preston, England.  We are delighted he is here. 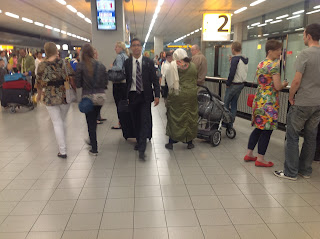 Fresh from the MTC in England 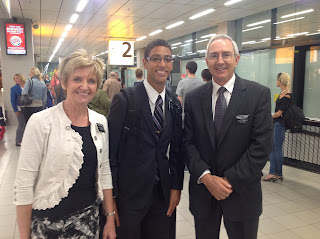 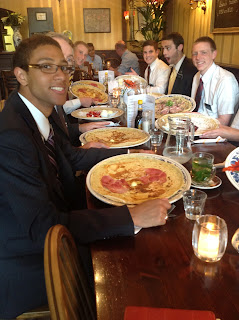 And, of course, off to the Pannekooken Huis. 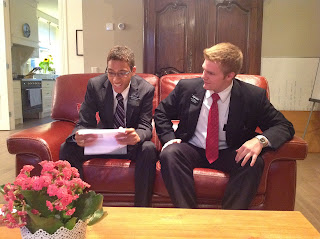 Elder Sumter will be serving in Brugge, Belgium 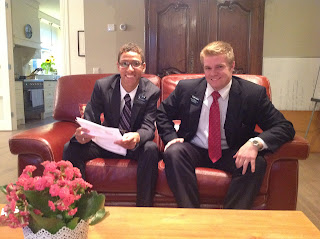 His new companion is Elder Davies 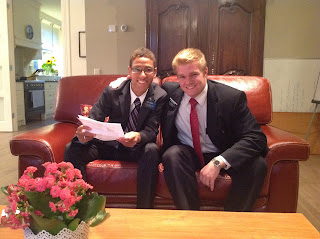 And the best blessing--these two GREAT missionaries will open up the City of
Brugge, Belgium.  We have been told it has been three or four years since full time missionaries have served in Brugge.  The Branch President is overjoyed.  So are the Missionaries!!
Posted by Zuster Robinson at 8:55 PM