Another transfer of new Elders--four to be exact.  Three of these Elders we met and knew from our MTC days,  Elder Alfaro, Elder Lewis, and Elder Gomez.  Elder Sosa has been serving in Chilie while he waited for his visa--it came and he finally made it into the Netherlands.  Welcome Elders, we love you and are happy to have you here with us serving. 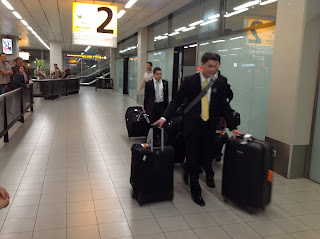 They finally make it through customs with all baggage
accounted for and in tow. 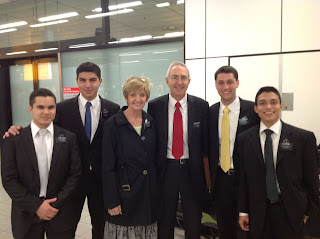 A great group of elders considering they have had little to no sleep. 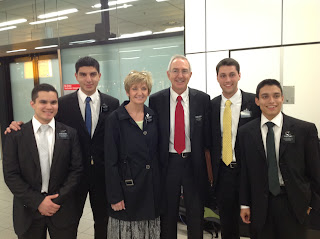 After interviews, orientation and legal items were completed, it is off for a pannekooen in Leiden Centrum 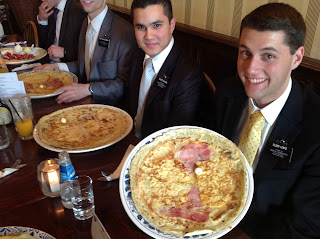 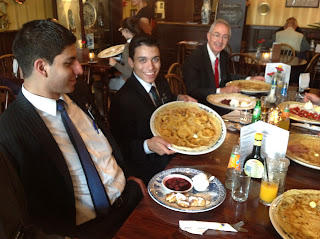 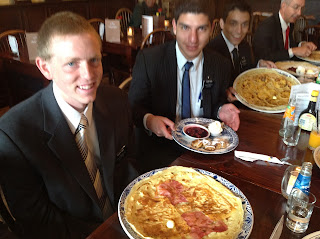 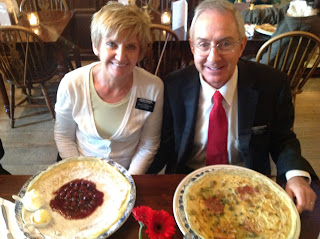 After a nap and a great dinner at the Mission Home, we went for a walk down by the canal to a windmill near the Mission Home.  President and I actually pass by this windmill every night on our evening walks. 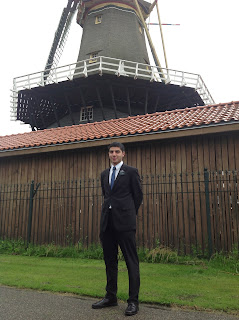 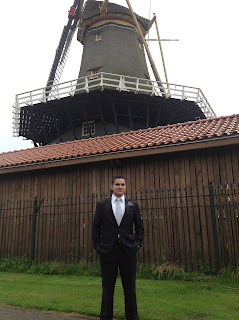 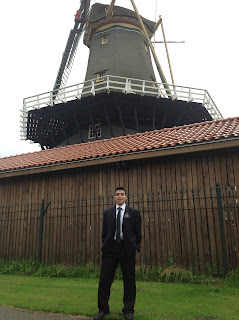 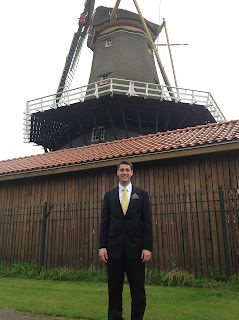 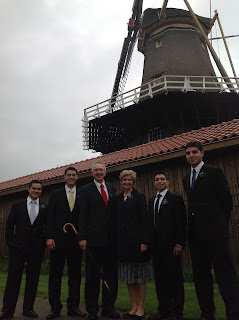 Back at the Mission Home, we had a short Fireside and testimony meeting and then opened the letter telling who would be their companion and trainer and about their first area. 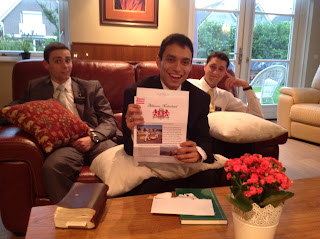 Congratulations Elder Gomez who will serve with Elder Wright in Alkmaar! 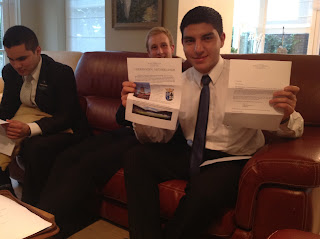 Congratulations Elder Sosa who will serve with Elder Mortensen in Heerenveen! 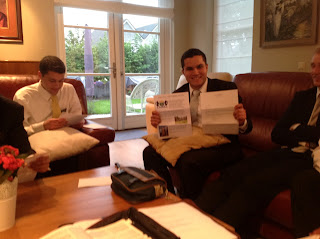 Congratulation Elder Alfaro who will serve with Elder Larsen in Emmen! 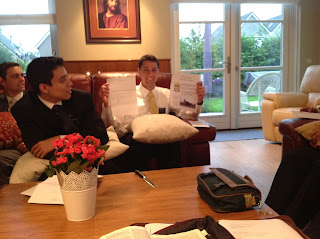 Congratulations Elder Lewis who will serve with Elder Hendrickson in Spikenisse!

Elders, your enthusiasm is contagious.  Welcome to the Mission.
Posted by Zuster Robinson at 12:56 PM