October 17, 2014 was the monthly Mission Leader Council.  This meeting is the opportunity to train the mission leaders on material for the next transfers trainings.  It then becomes their responsibility to take it back to their Zones and train the District Leaders.  The Zone Leaders and Sister Training Leaders along with the Assistants to the President and President and me make up the Mission Leader Council.  It is always a great meeting to get the training material from Preach My Gospel, be taught doctrine that applies to our training material and council together to address needs and issues in the mission.  The goal of the council to to have all input from the Zone Leaders and Sister Training Leaders and in the spirit of revelation and inspiration, and through open discussion determine the mind and will of the Lord and what he would have them do in the Belgium Netherlands Mission.

After the morning training it is lunch time--and President always serves up his famous mussels--fresh from Zeeland! 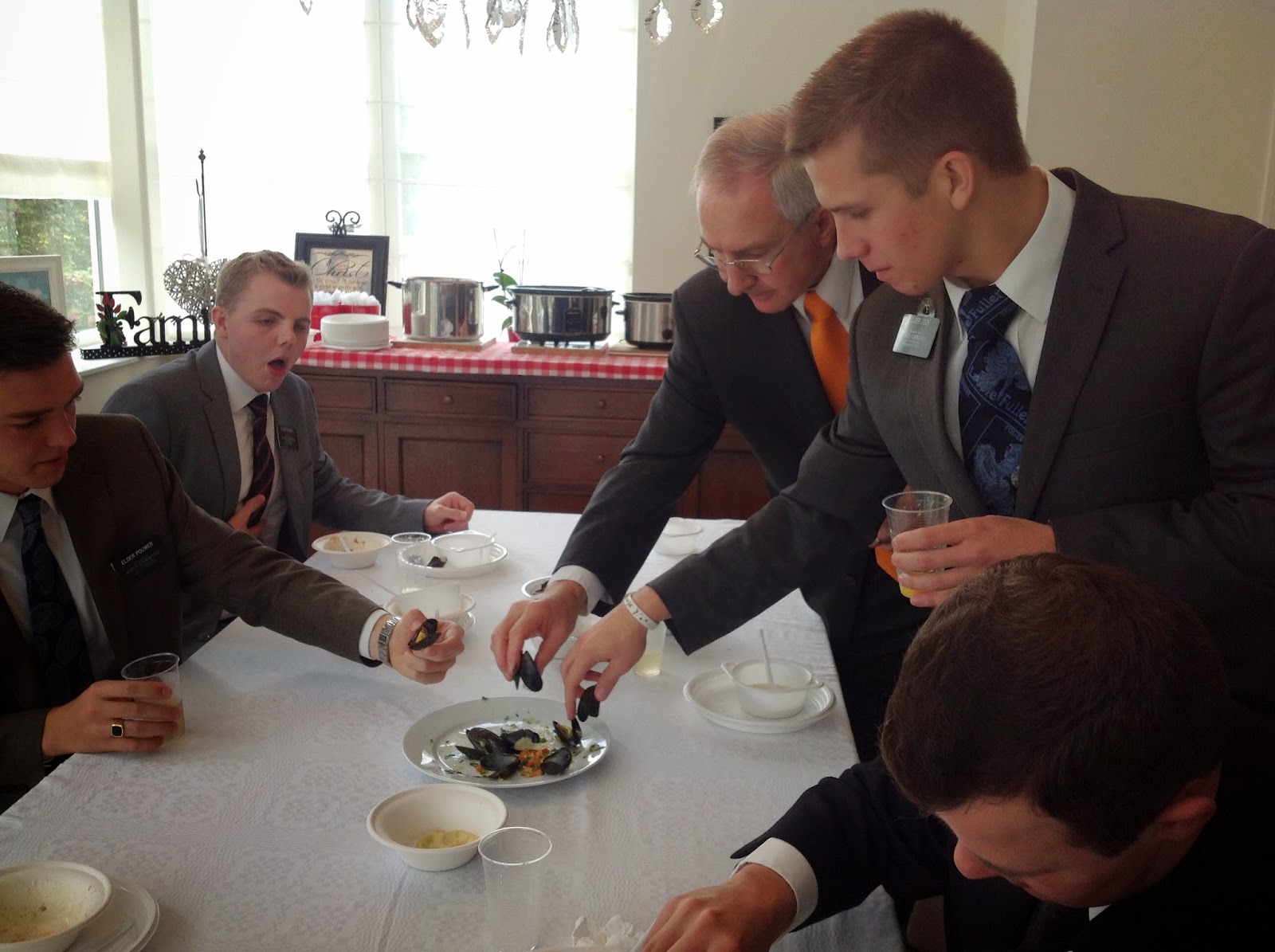 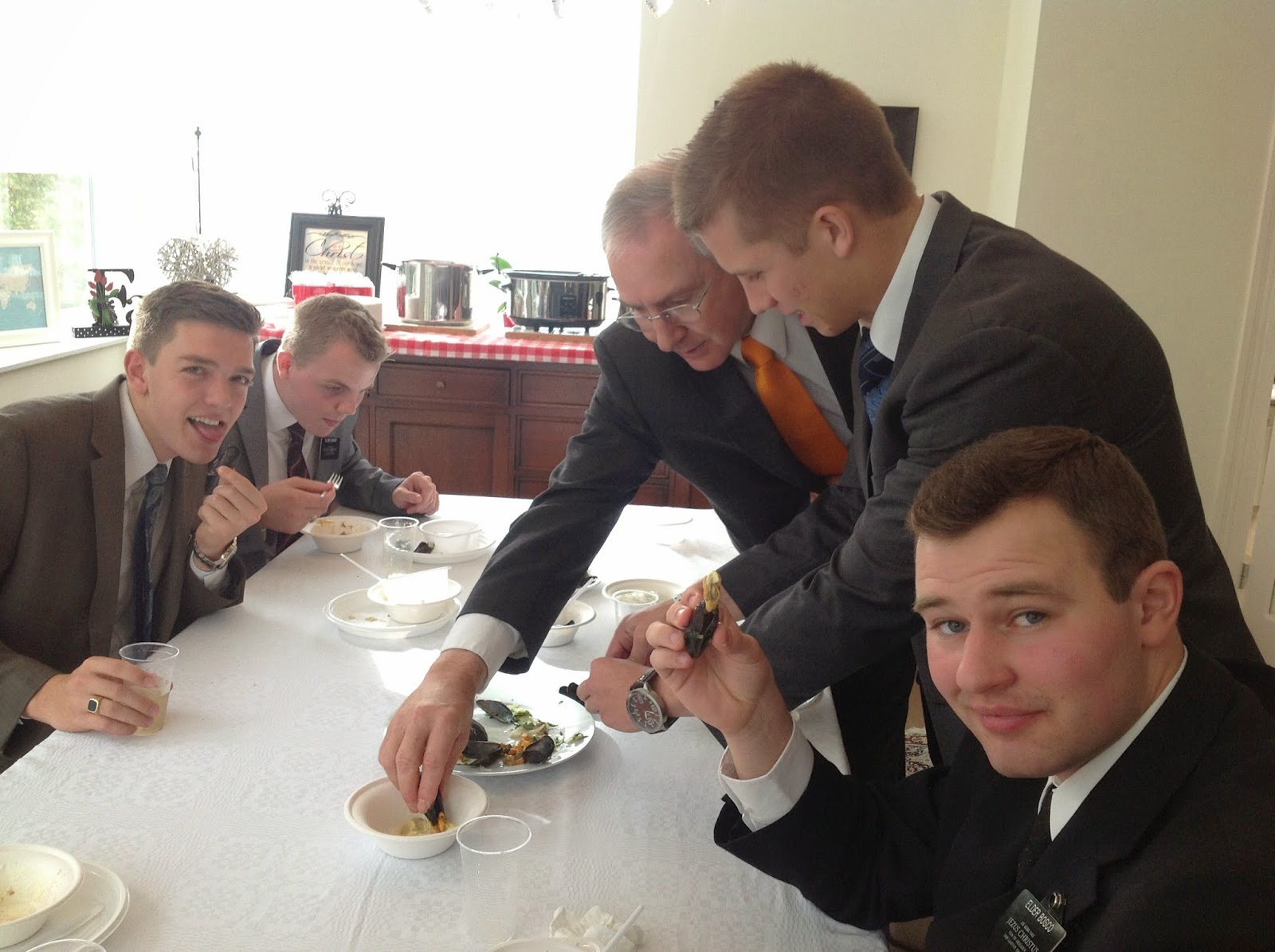 The Elders are gullible---President talked them into giving them a try! 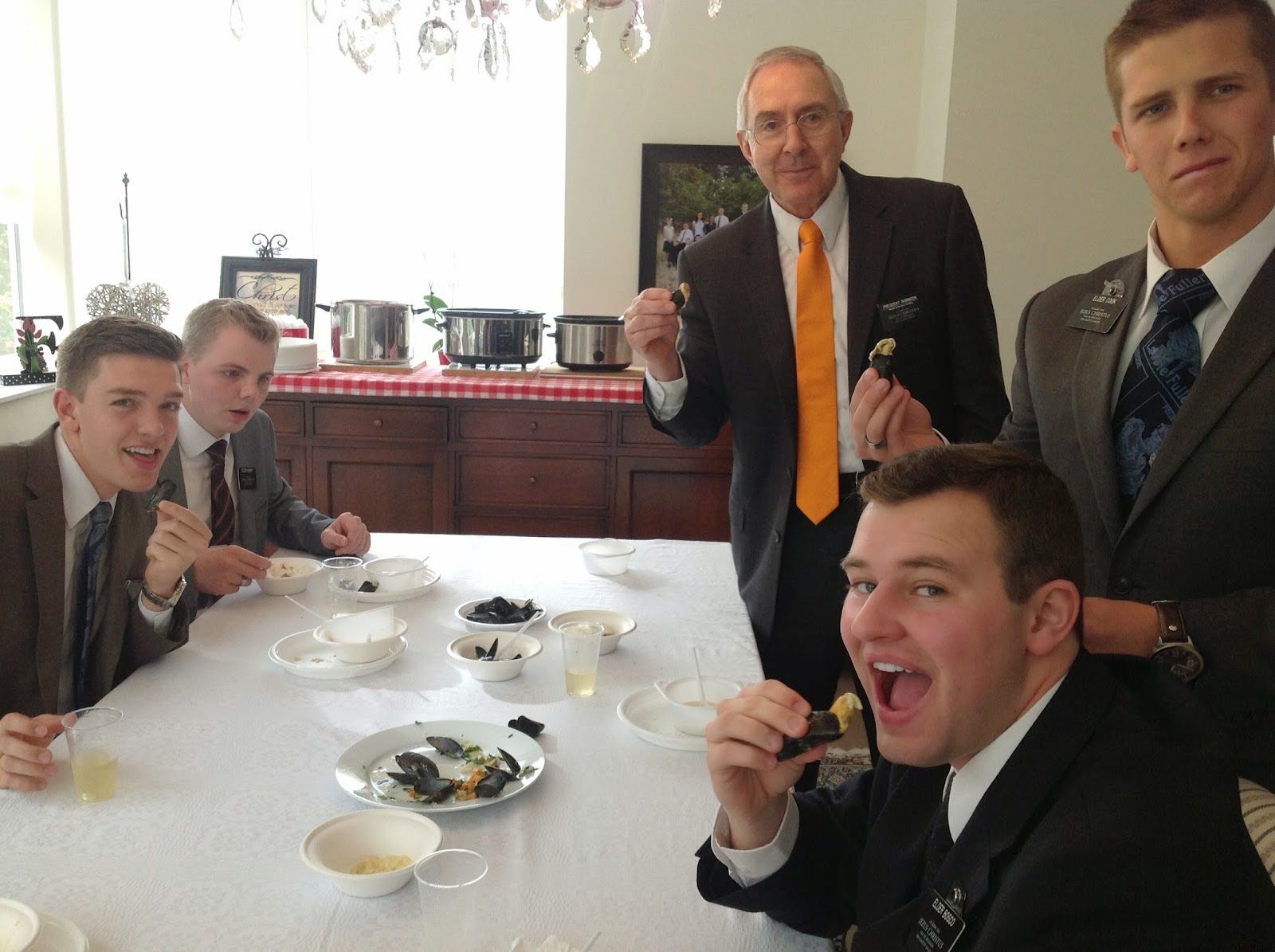 Who will try them and who will decide they can 'just say no'! 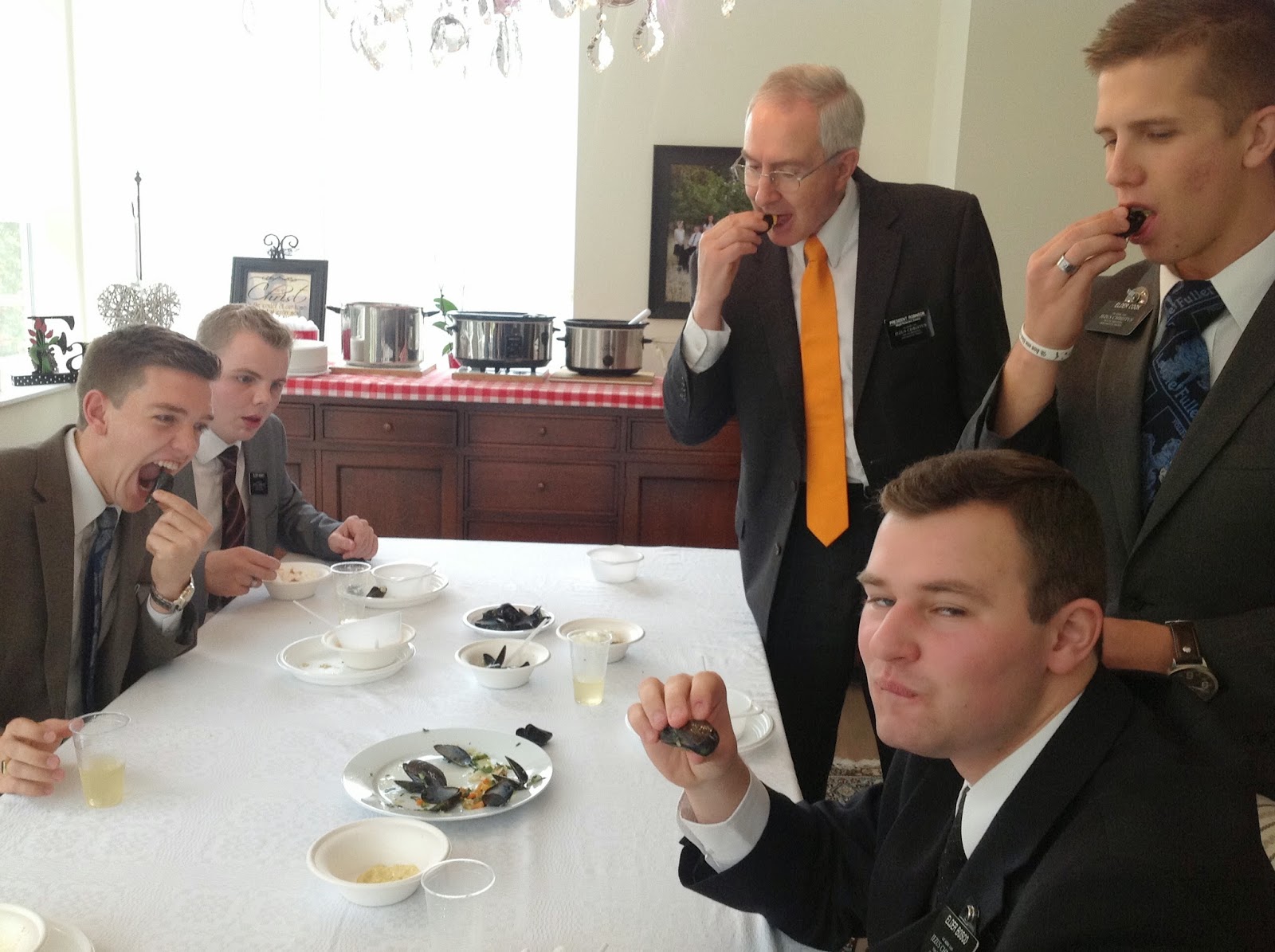 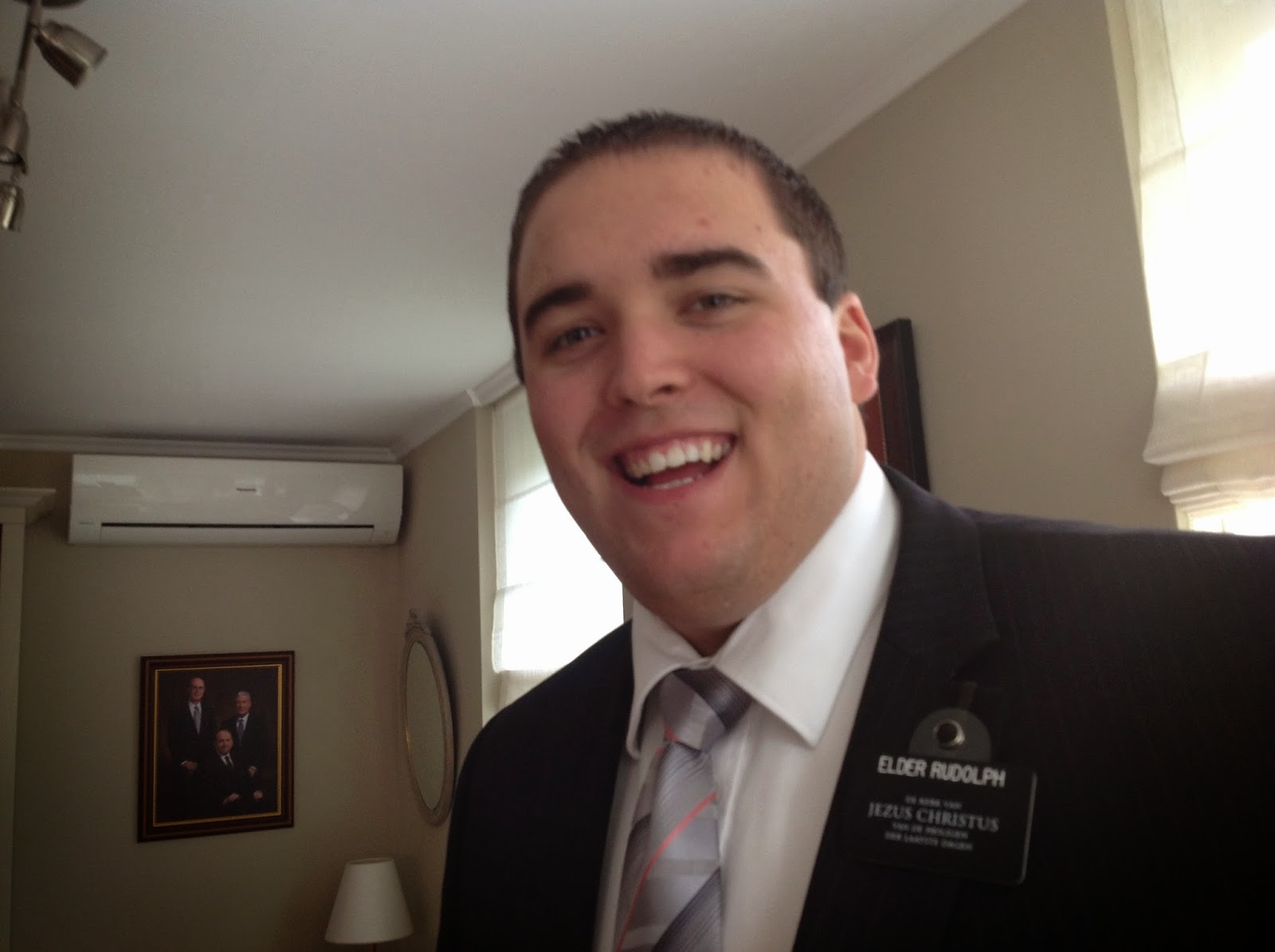 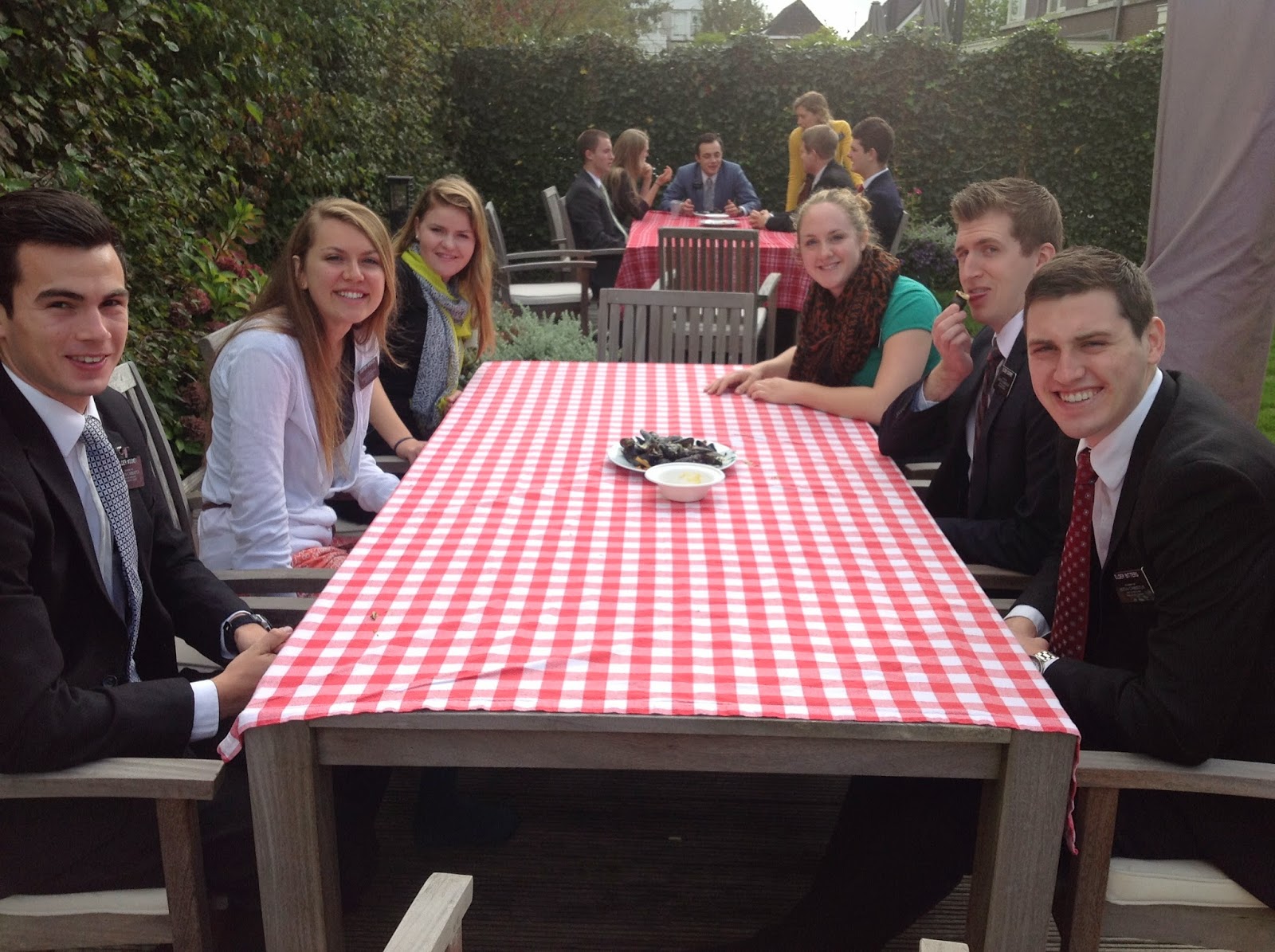 Doesn't look like Elder Moomy, Sister Spencer, Sister Elting, Sister Morris or Elder Bitters were too interested in mussels, but Elder Cooper is up for a treat! 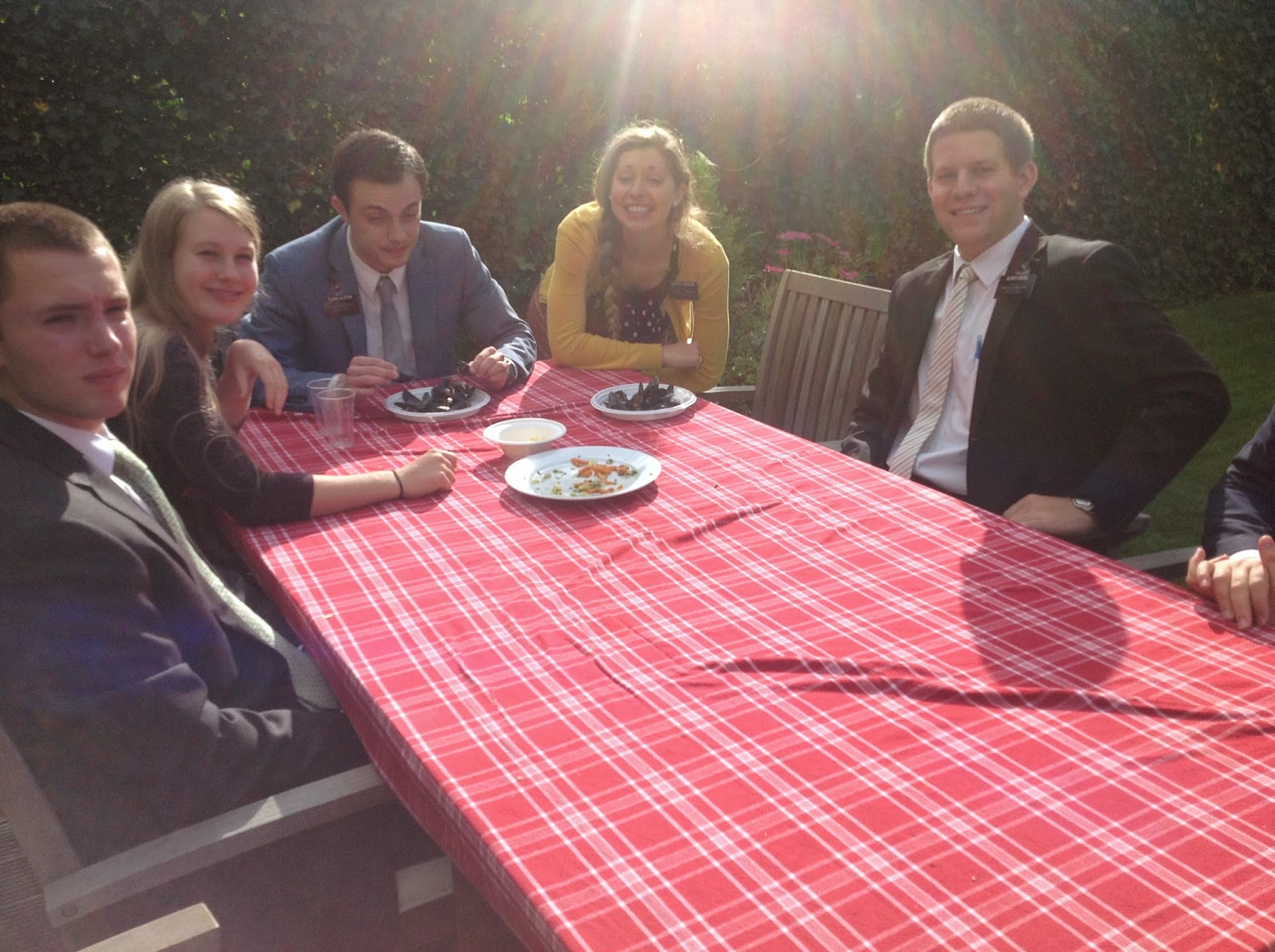 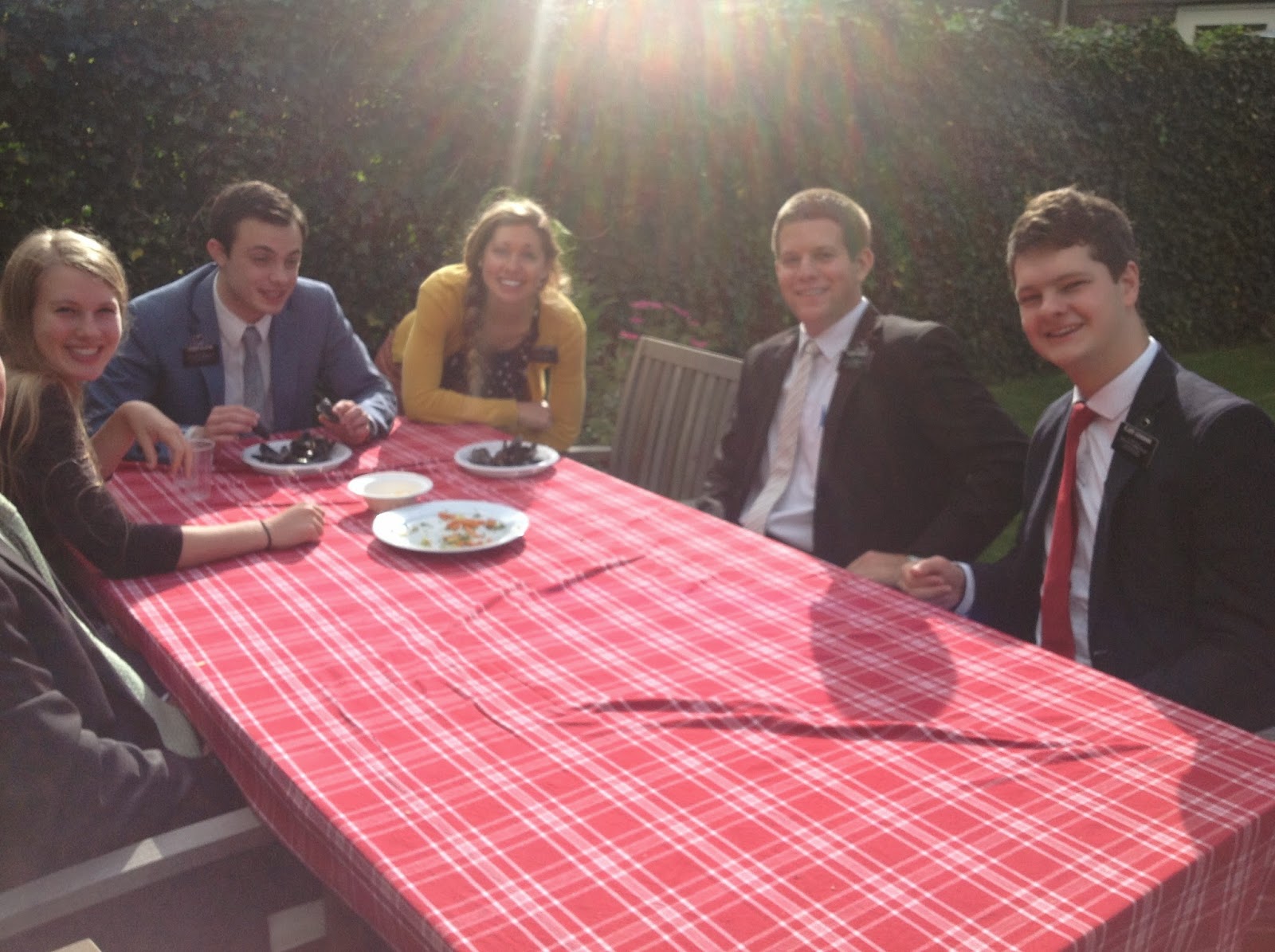 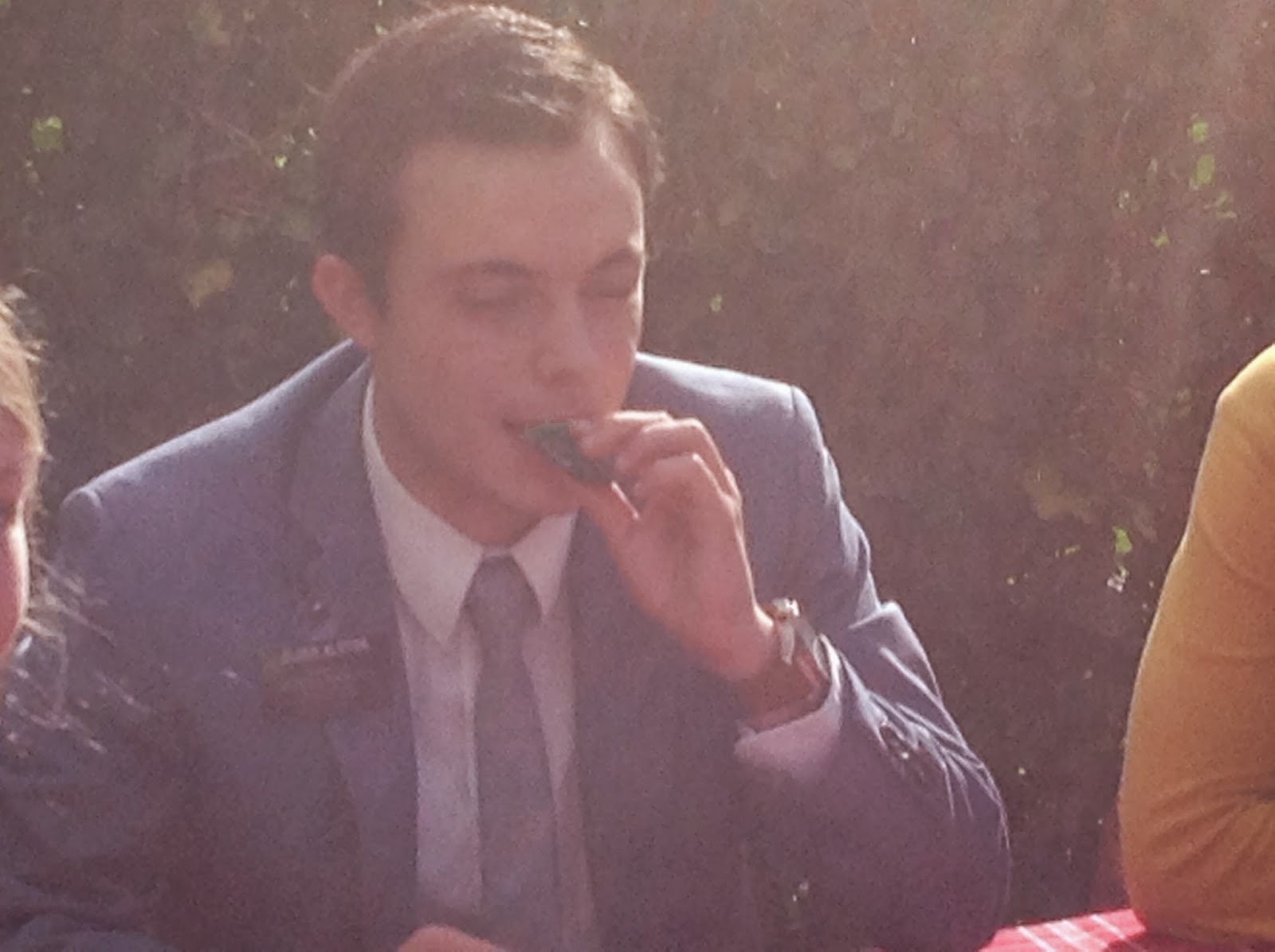 If you know Elder Alston, you know it isn't really enjoying this experience. 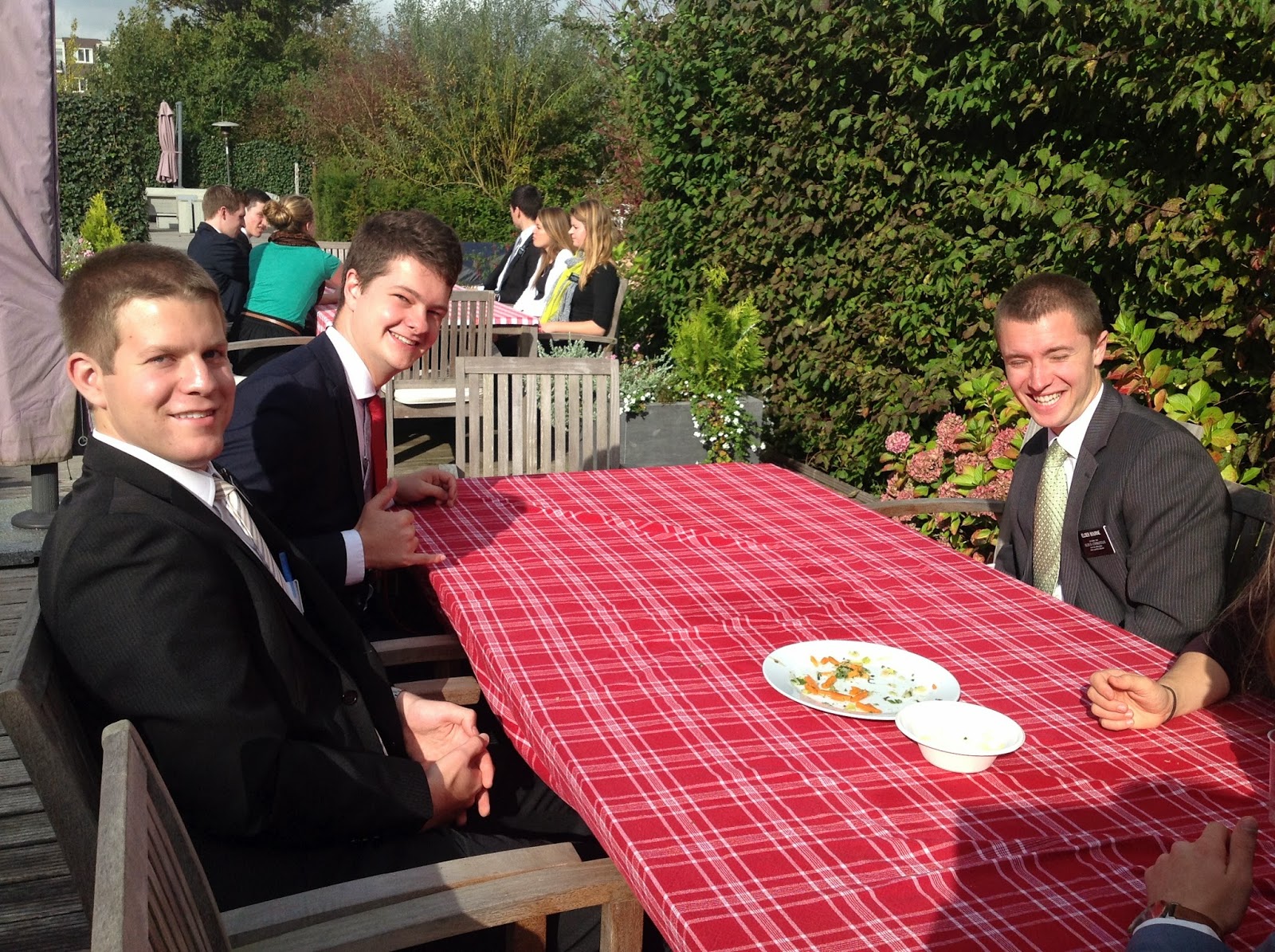 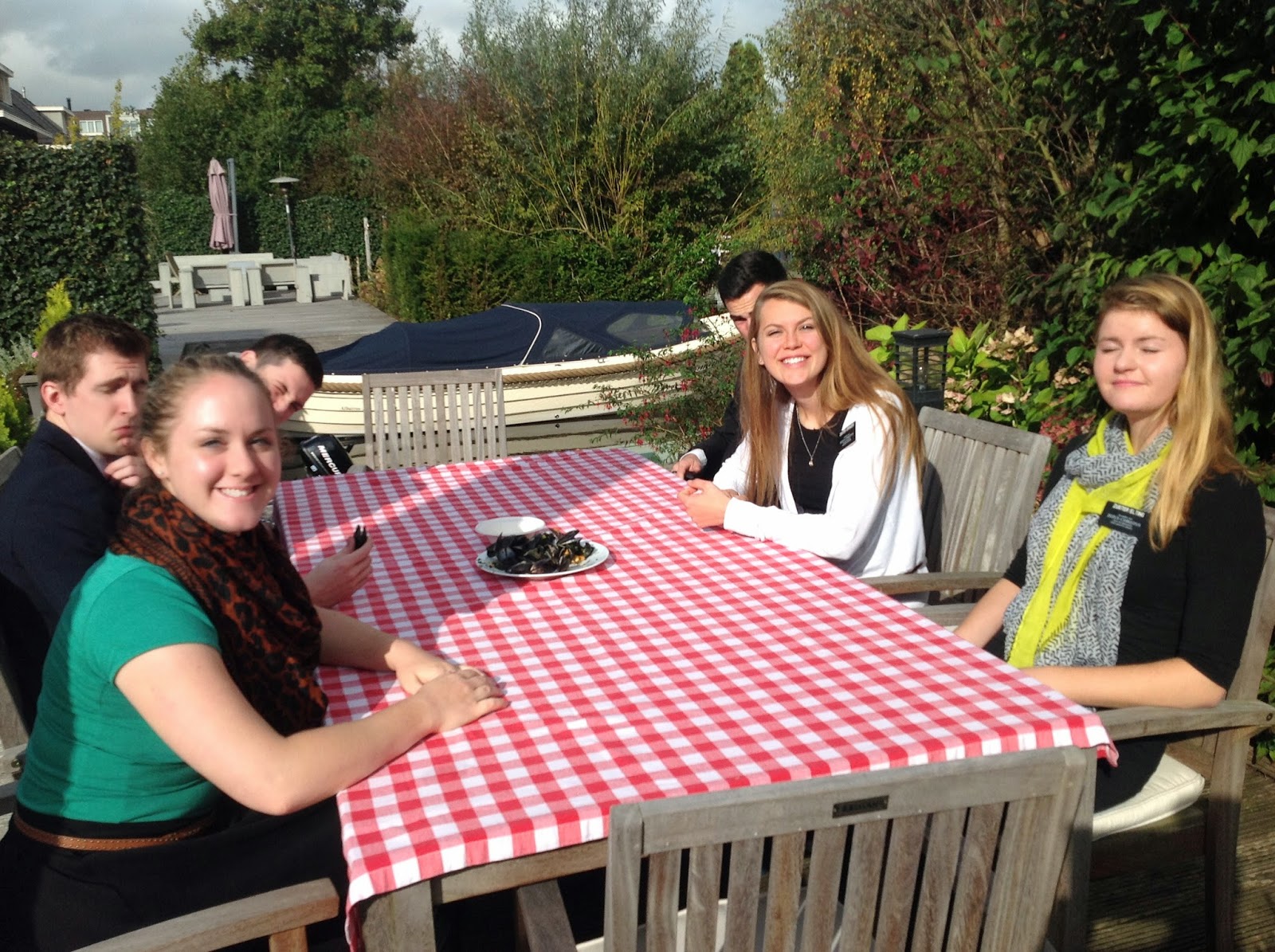 Sister Morris, Elder Cooper, Elder Bitters, Elder Moomey, Sister Spencer,
Sister Elting  (The sun was especially bright which is totally unusual for the Netherlands--so many missionaries have their eyes closed for the pictures because it was so bright.  I know they are not accustom to that much sun, but they are enjoying) 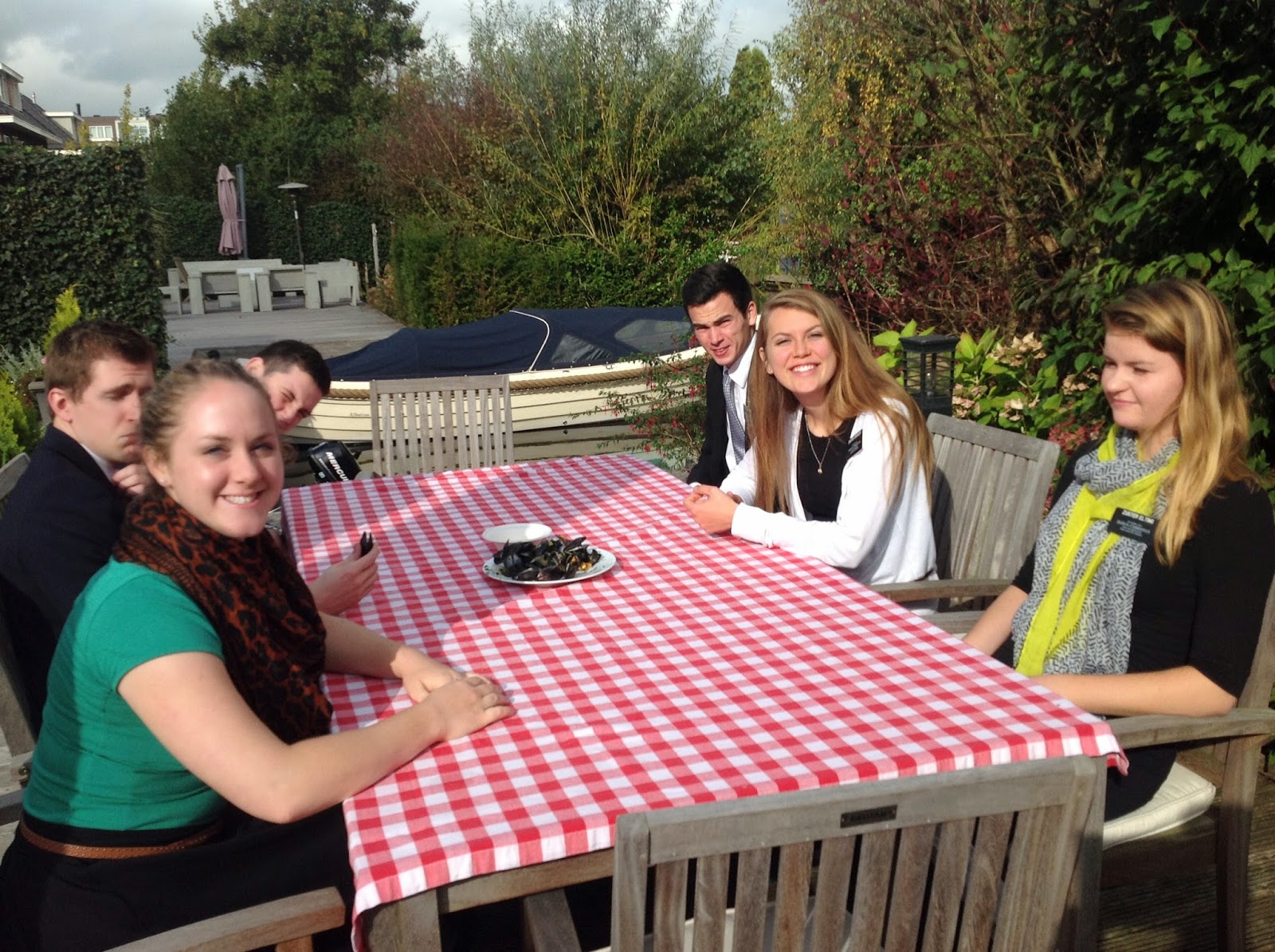 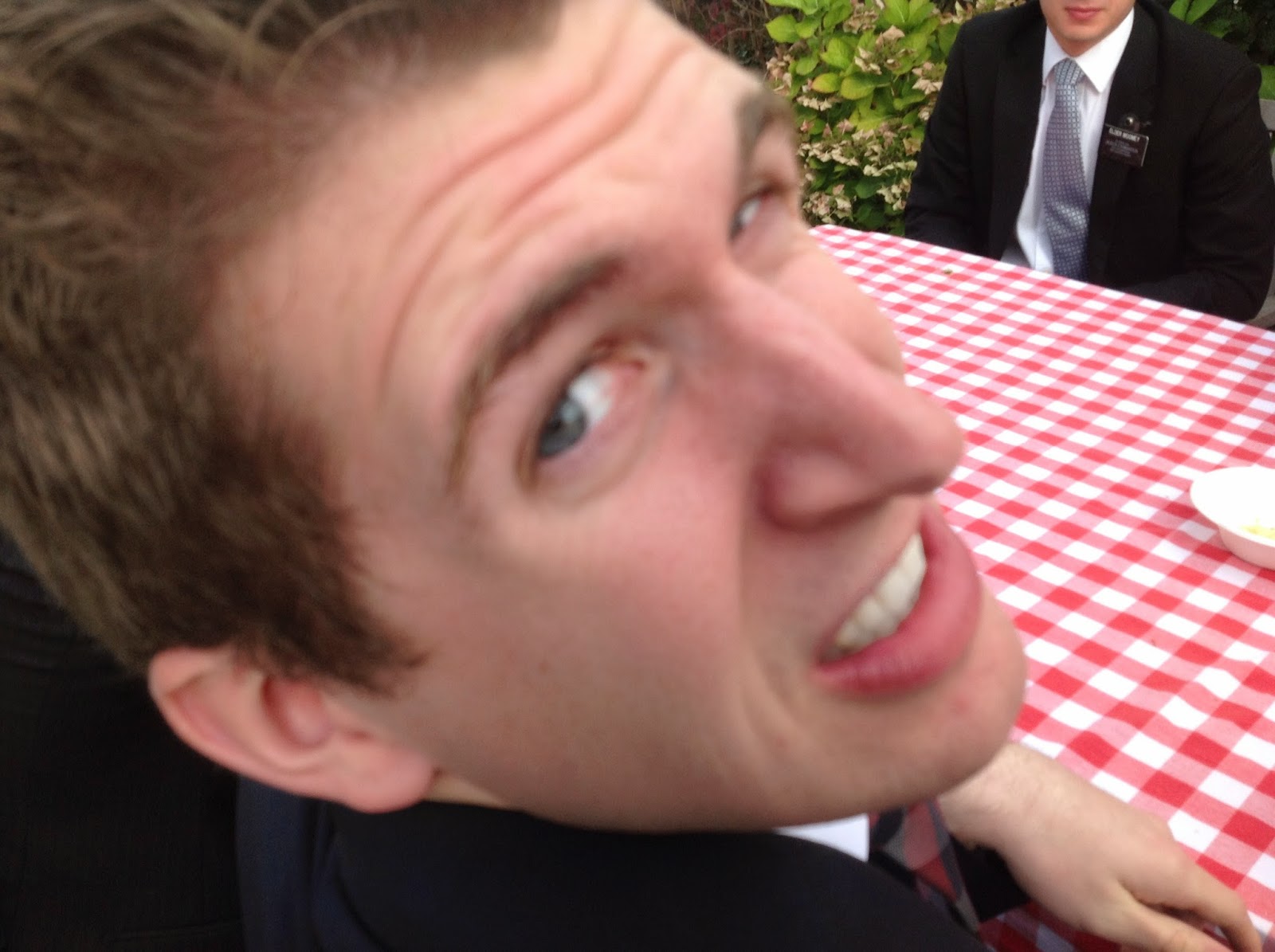 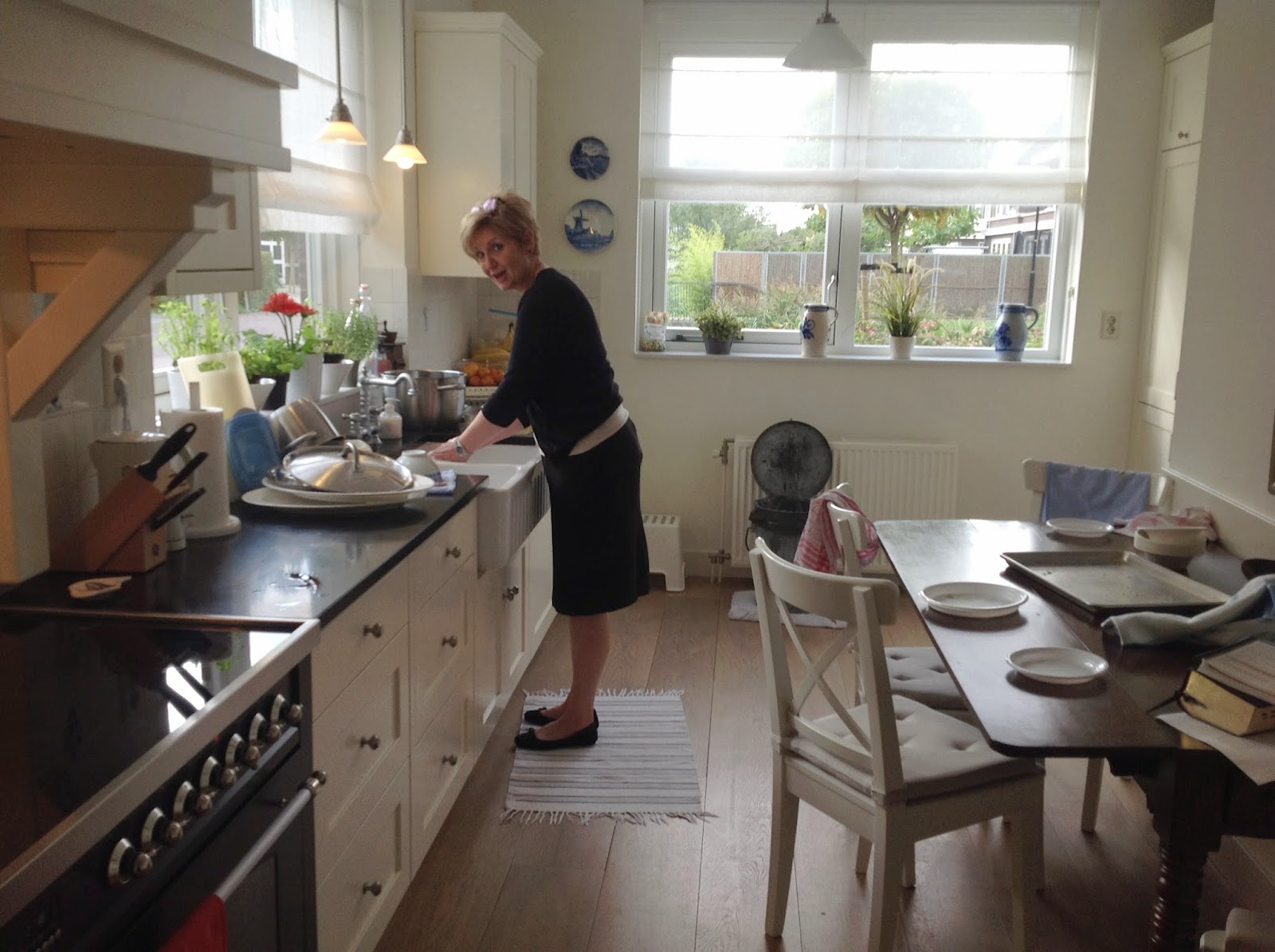 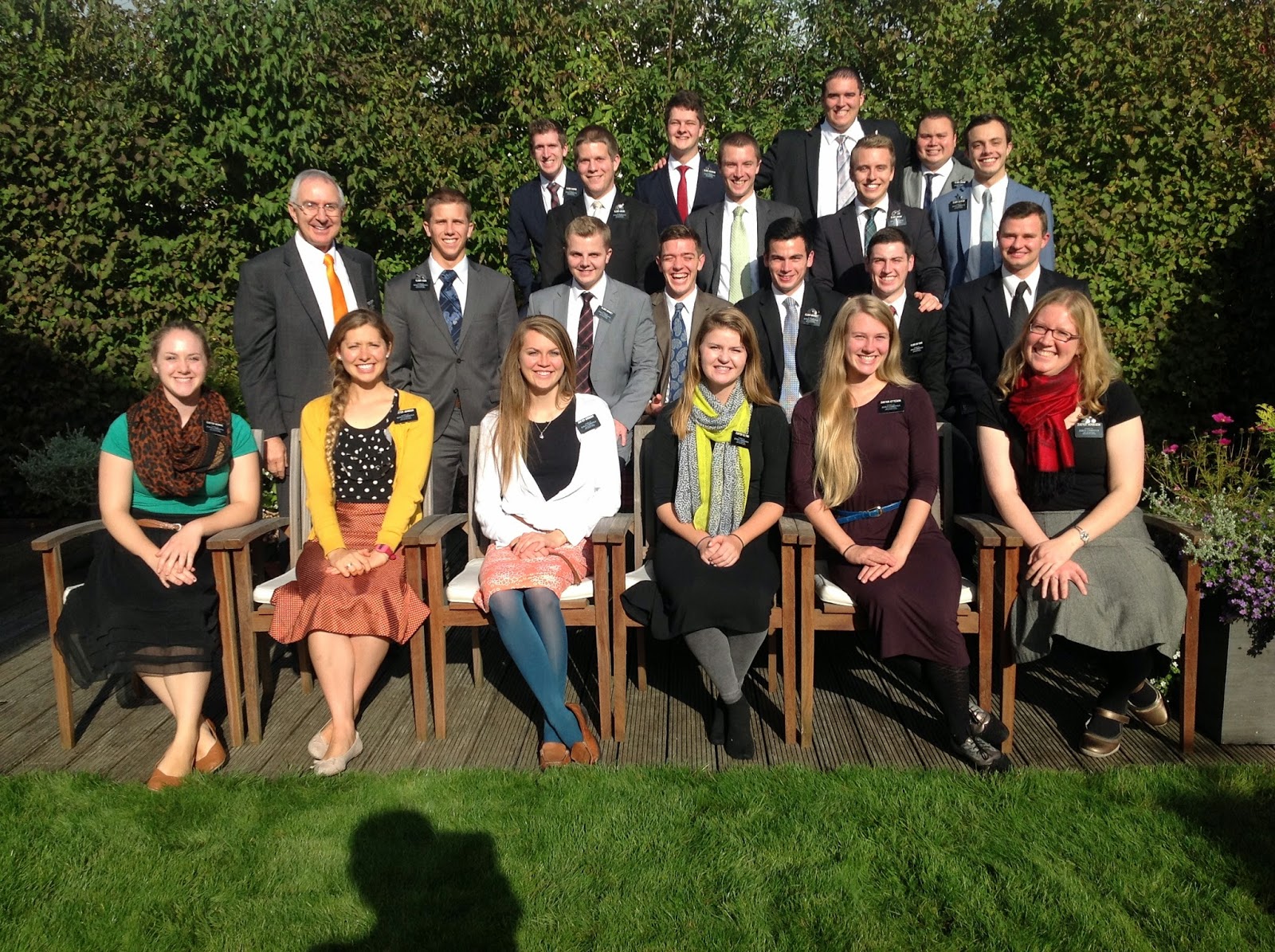 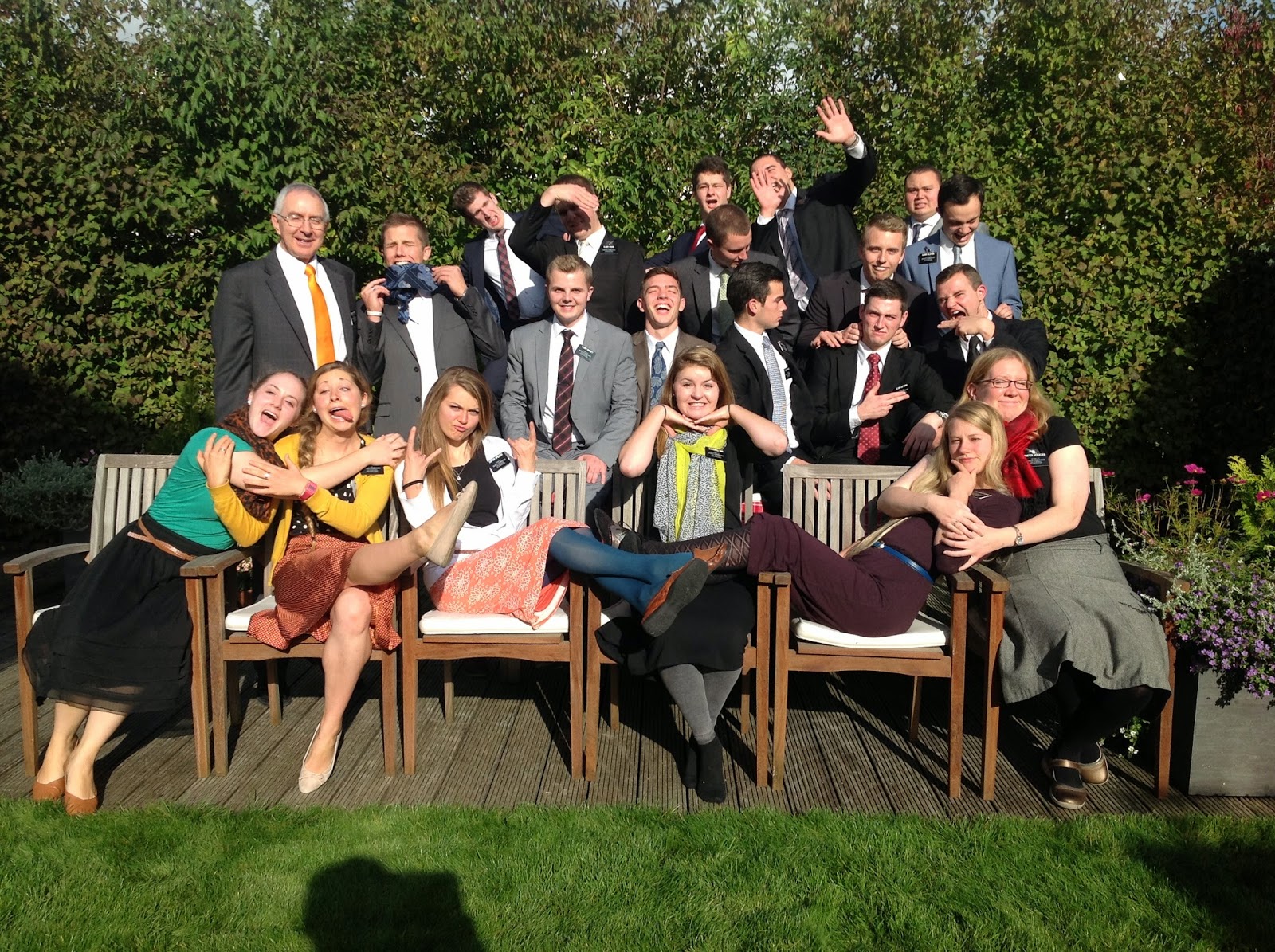 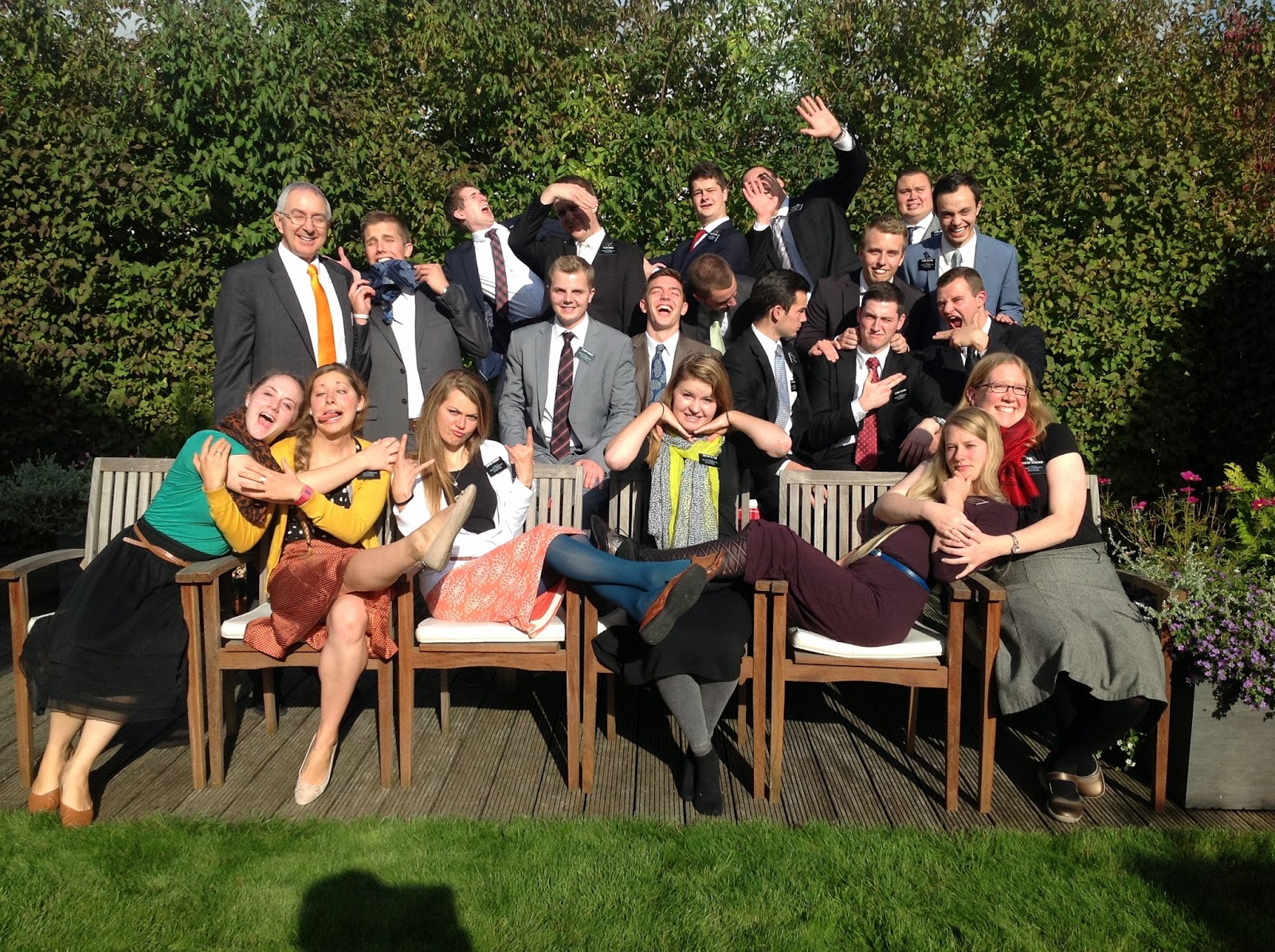 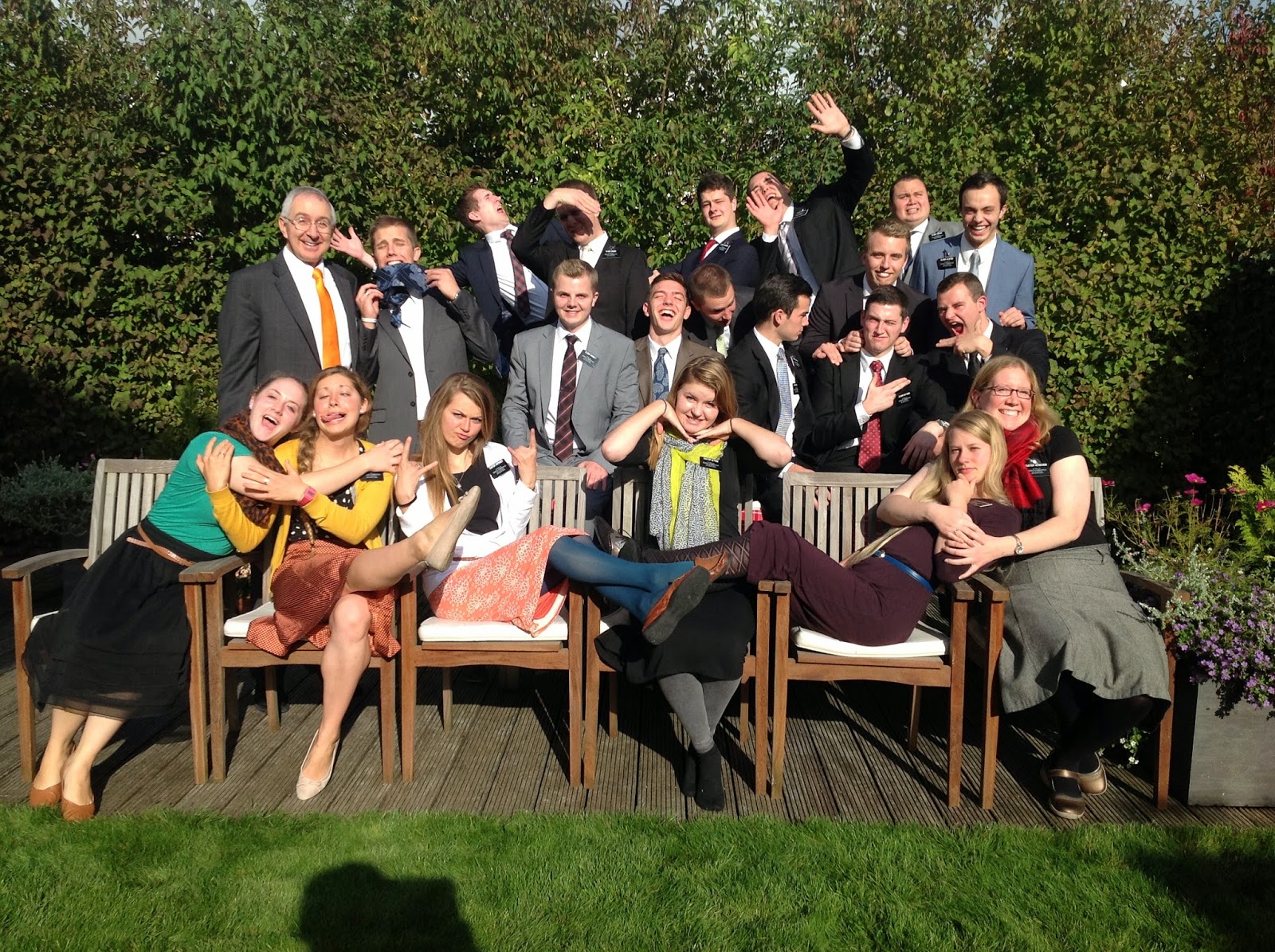 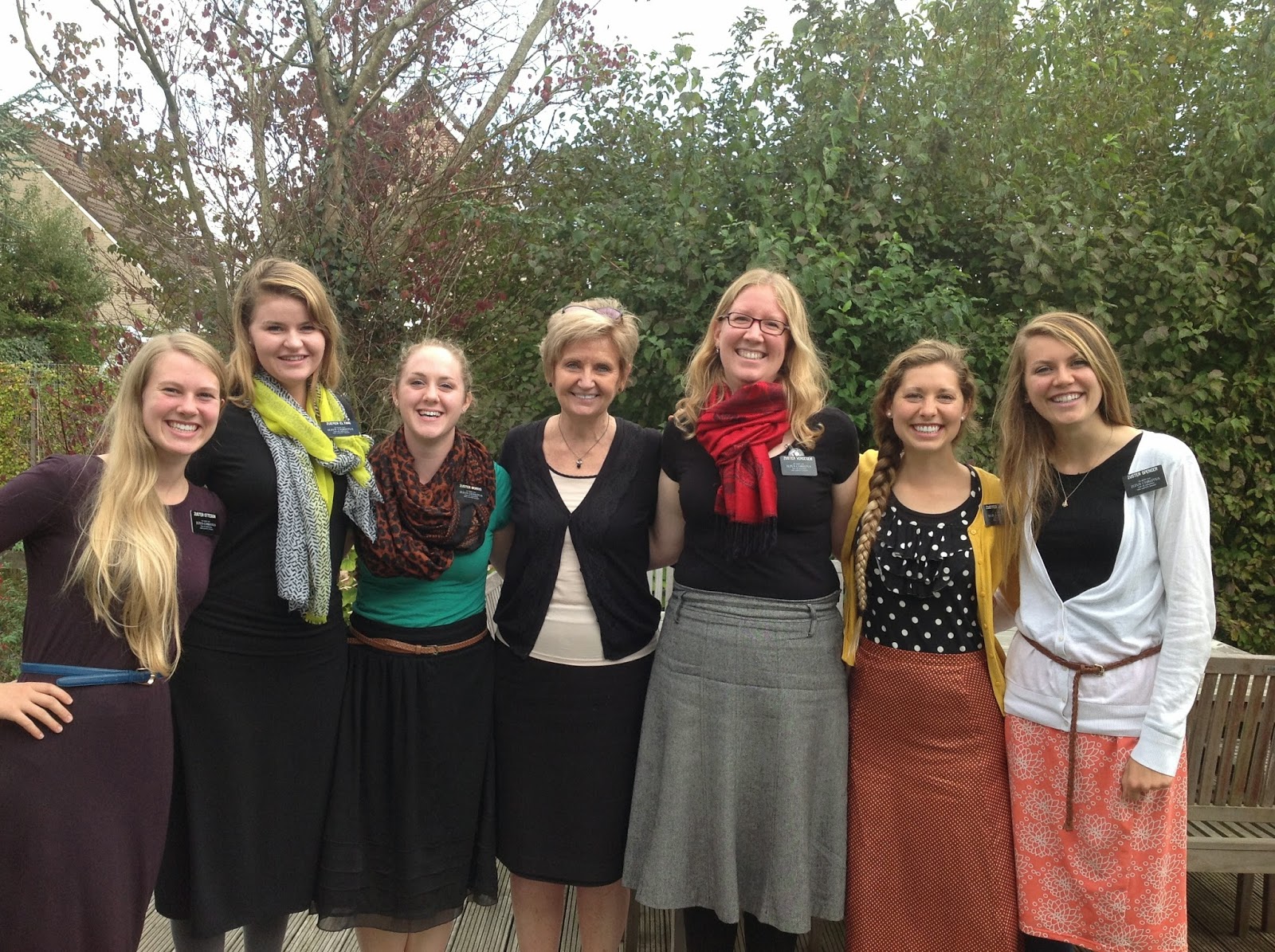 Posted by Zuster Robinson at 10:43 PM