Must be spring because our missionaries are 'popping' into the mission at three different time this transfer.

April 1, 2014 four new missionaries come from the MTC in Provo, and another missionary who has been serving in San Diego waiting for his VISA finally got to the mission. 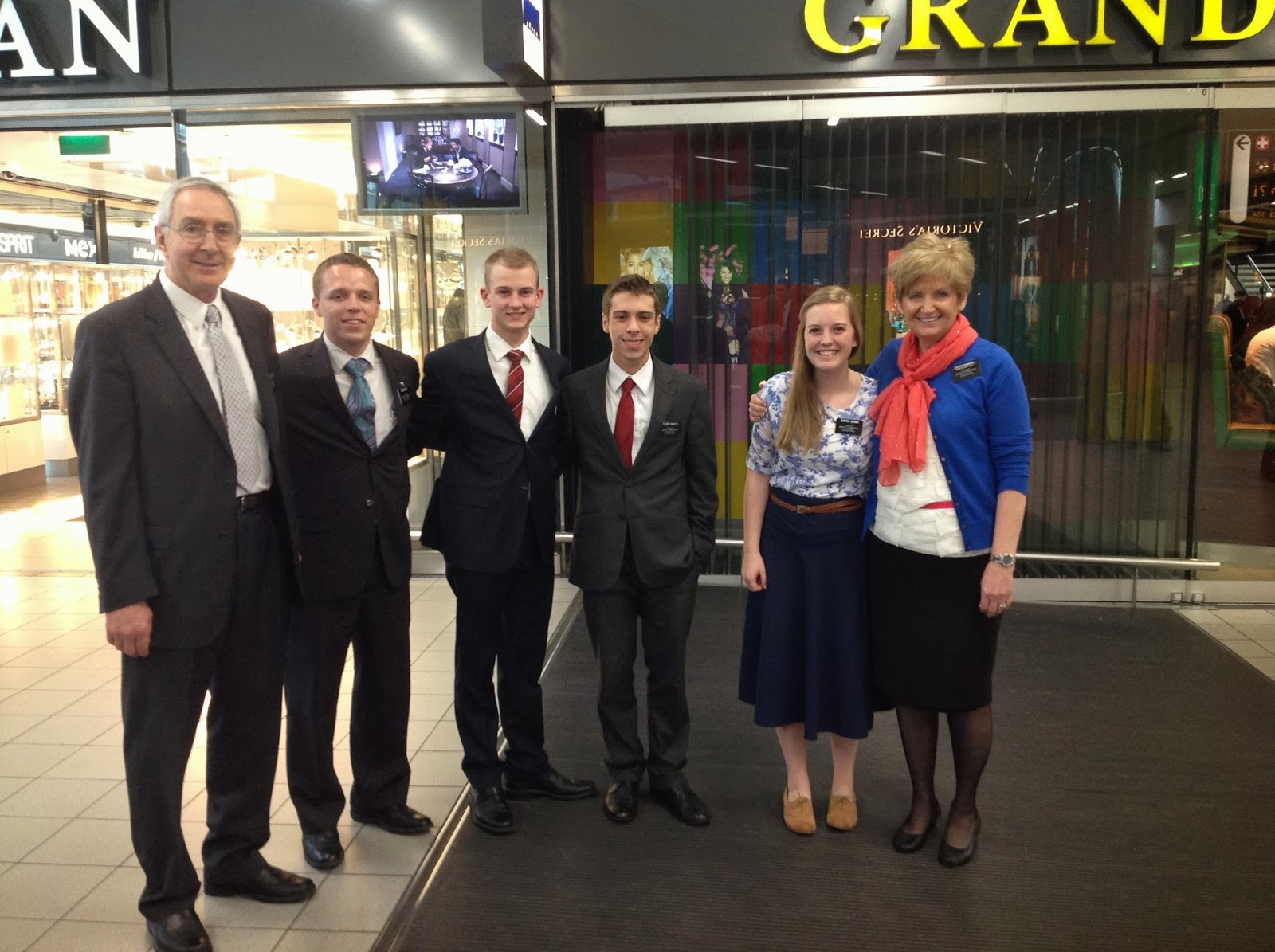 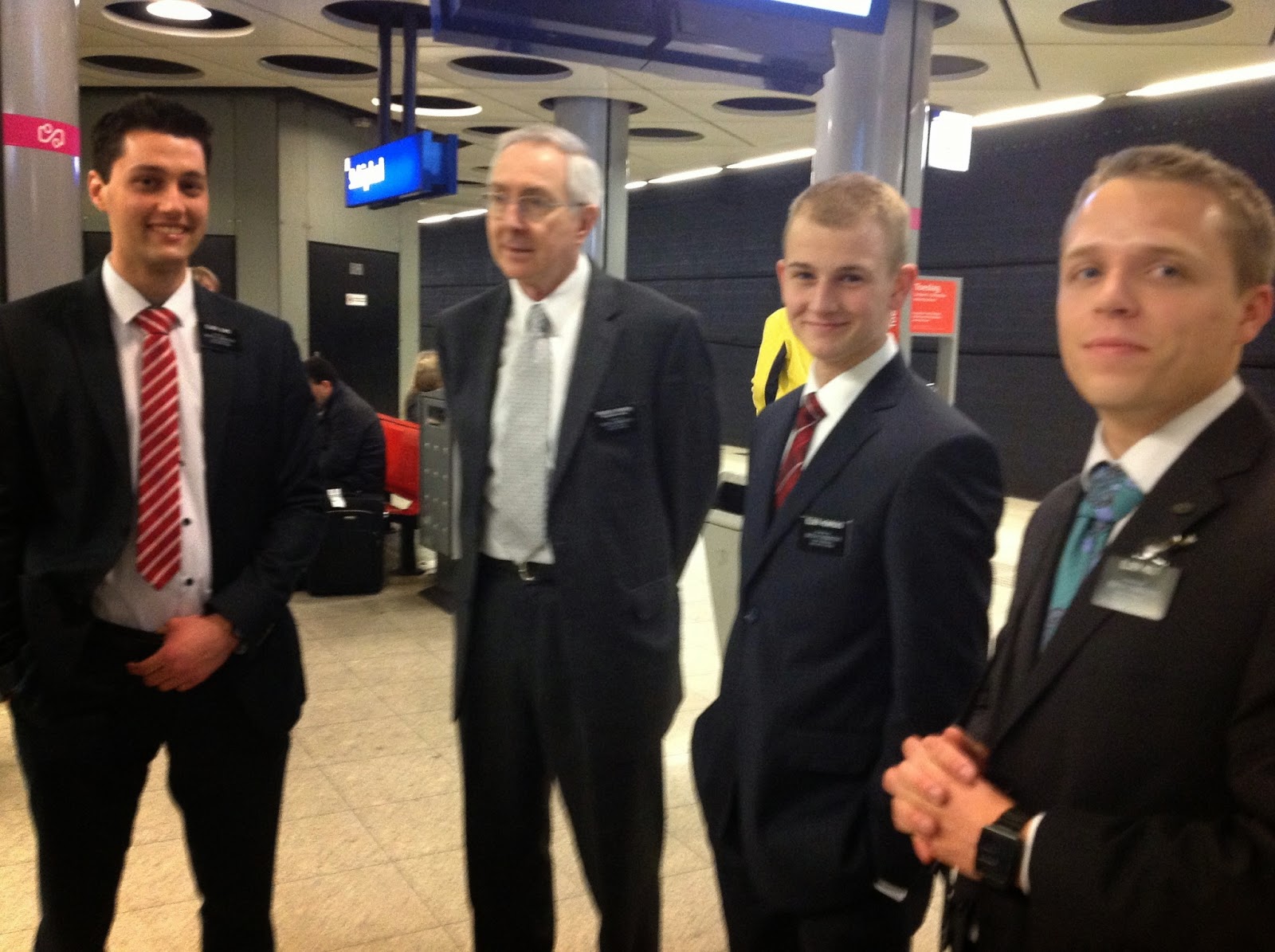 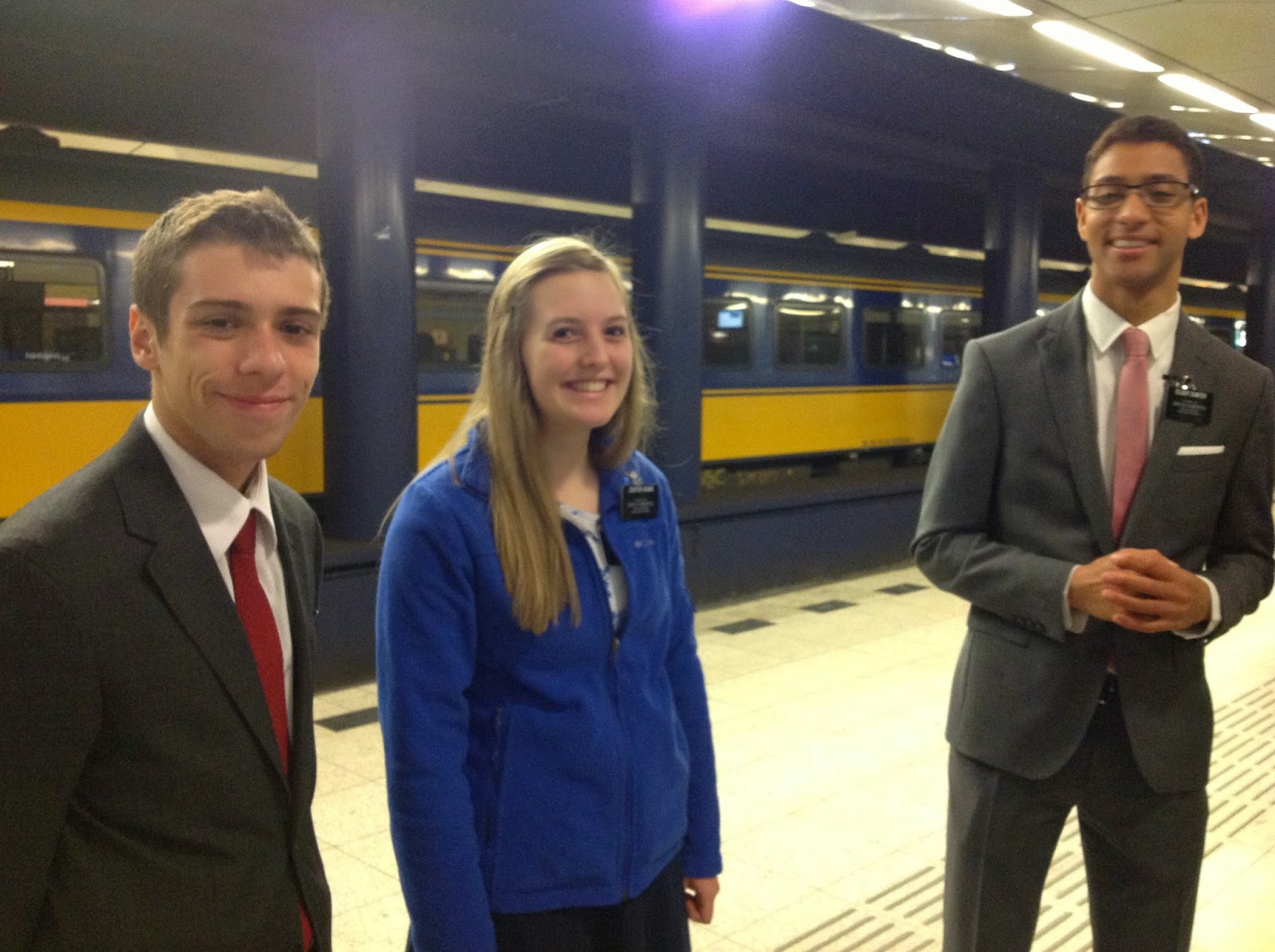 Well, true to the nature of mass transit, the trains were shut down and we had to call the Office Elders to come with the Mission Van and pick us up at the Airport.

Back to the office for all of the paperwork and legality.  Then we took a walk over to the De Valk Molen 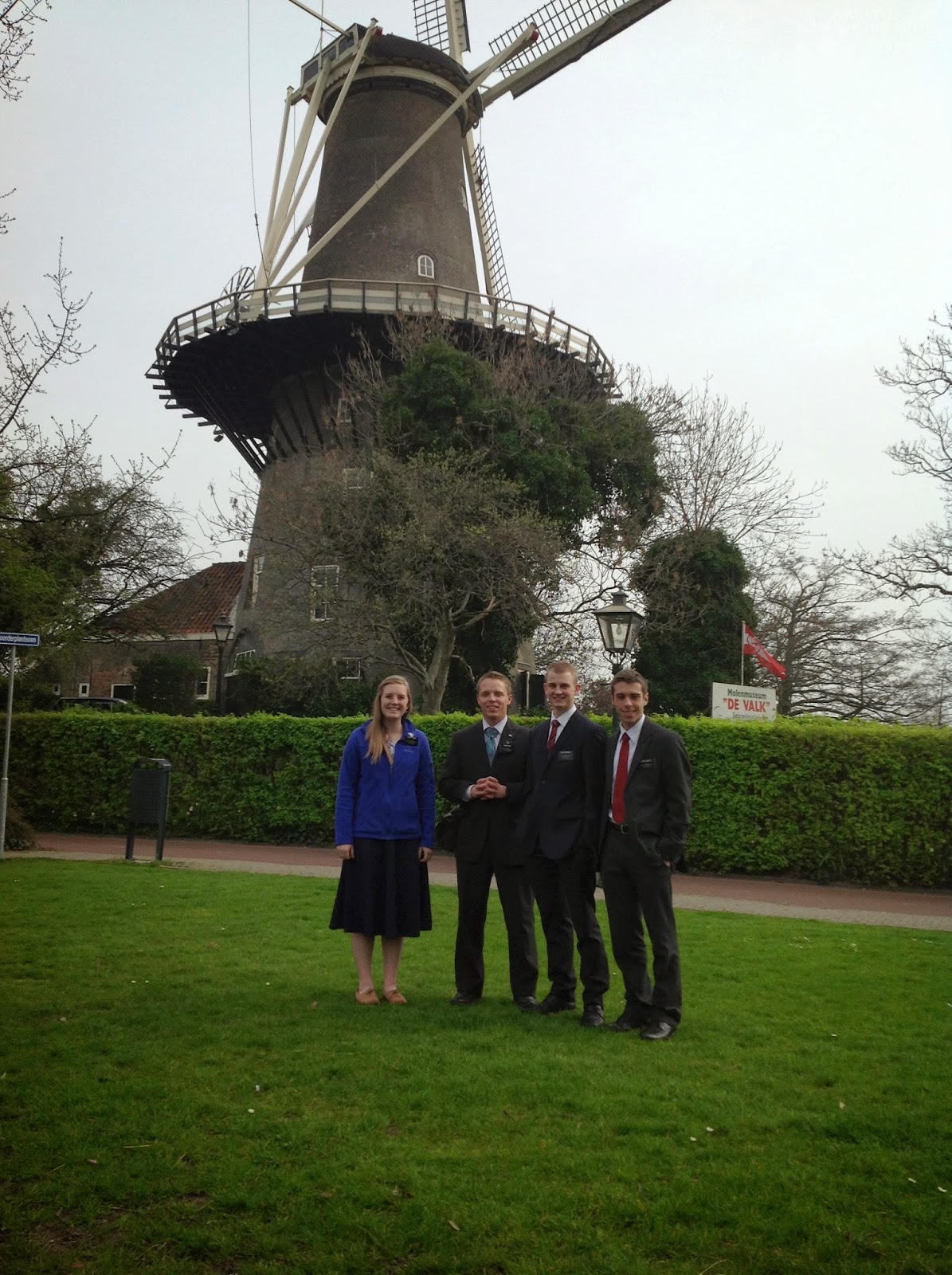 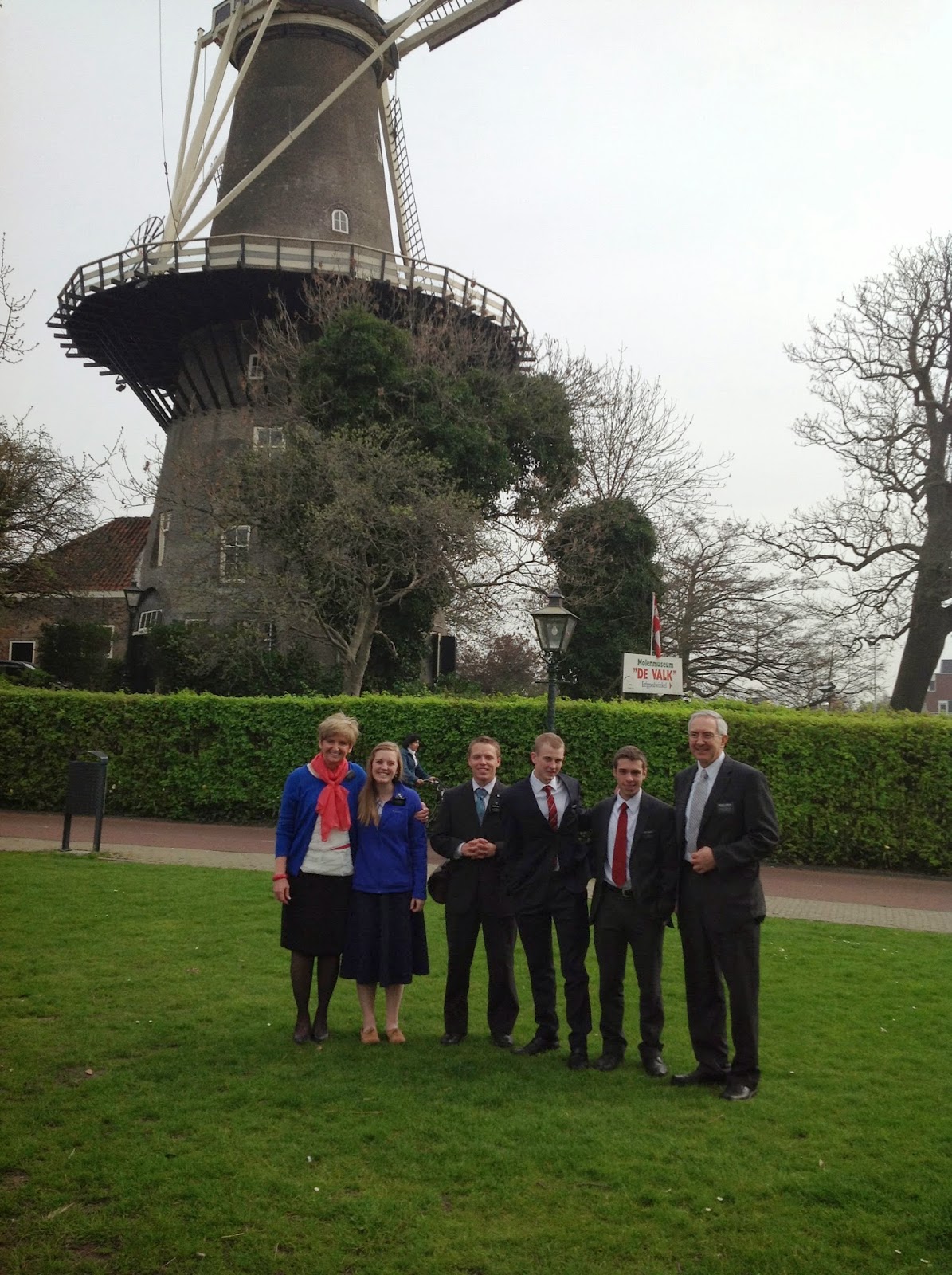 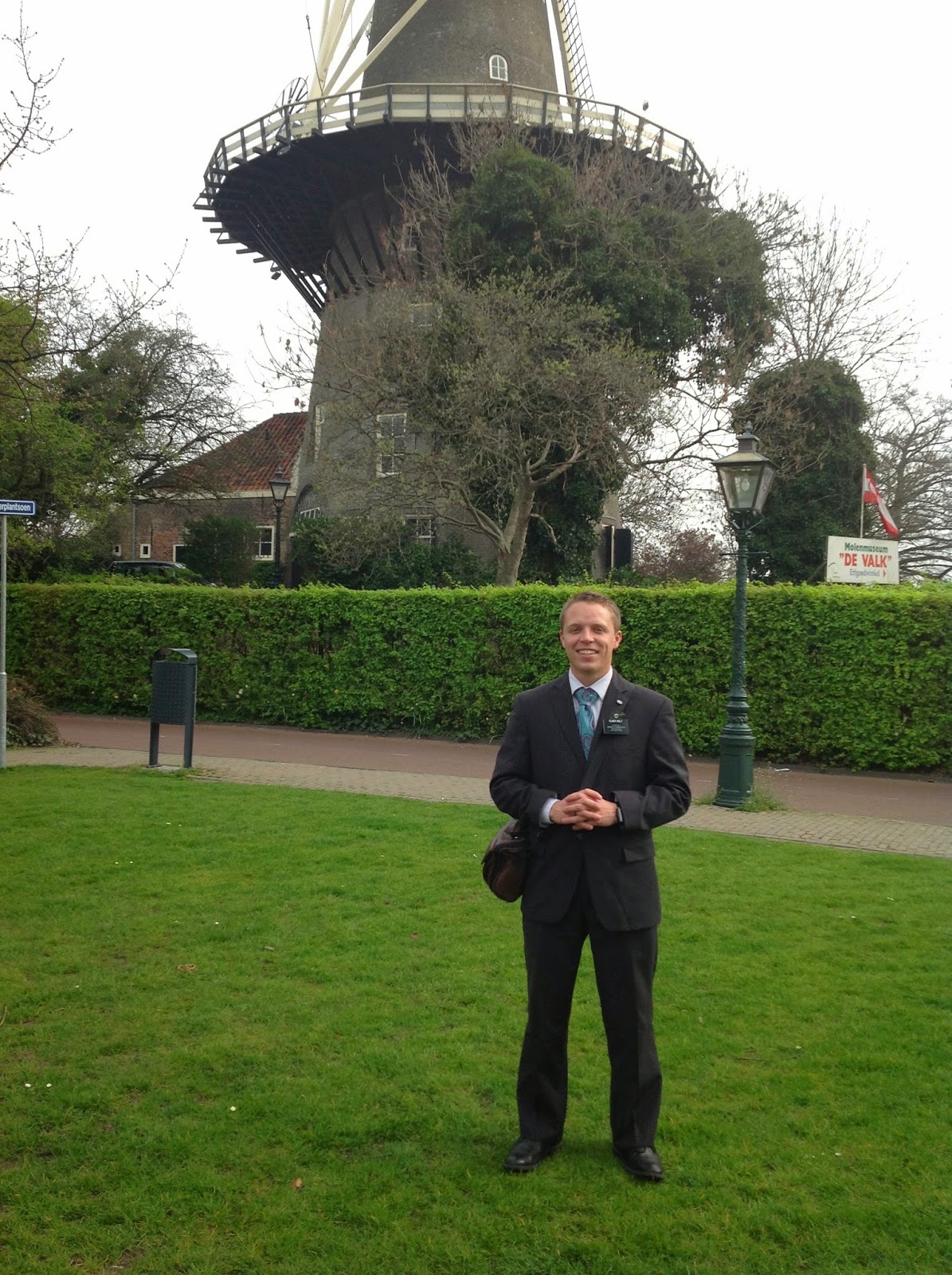 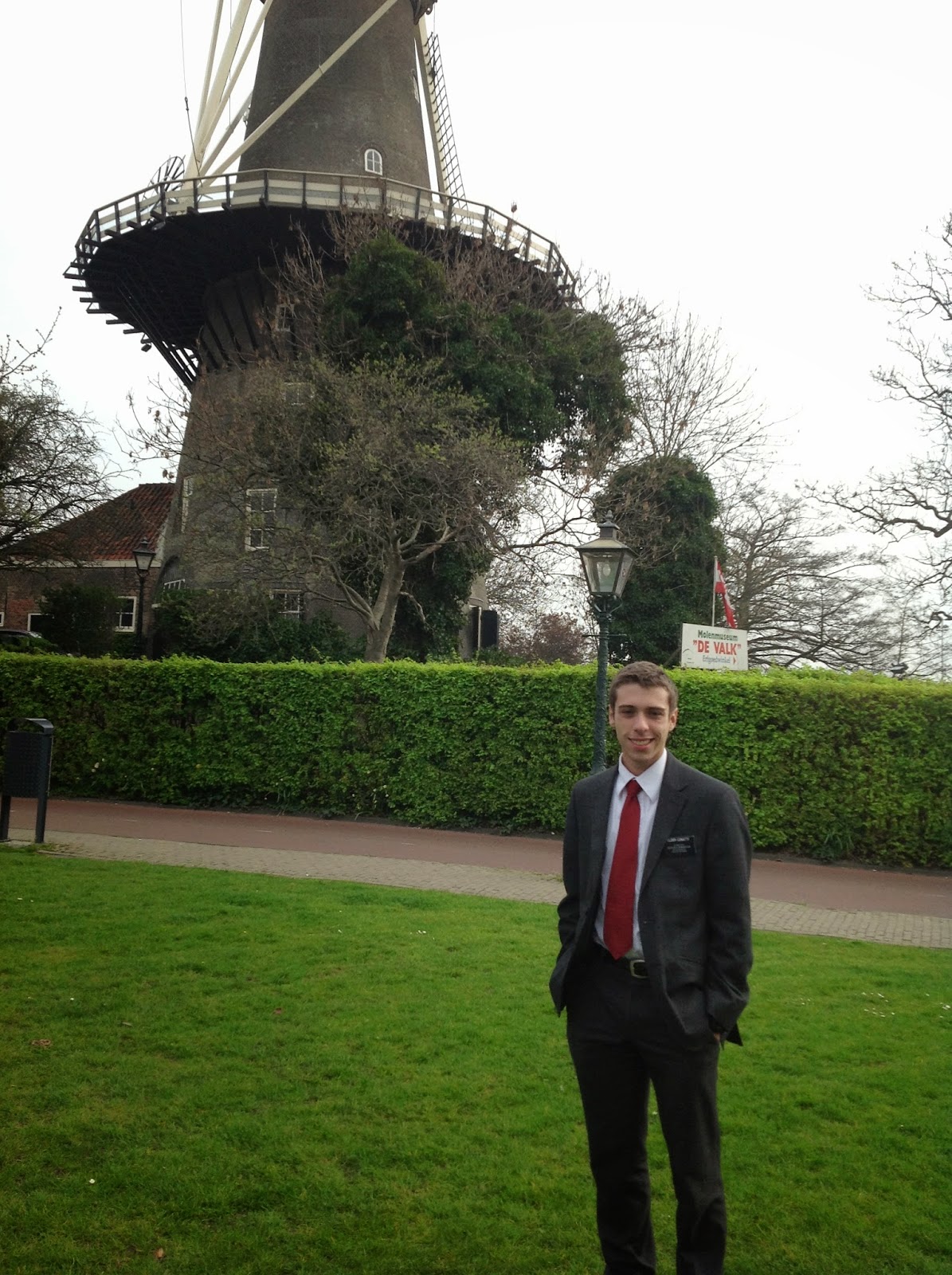 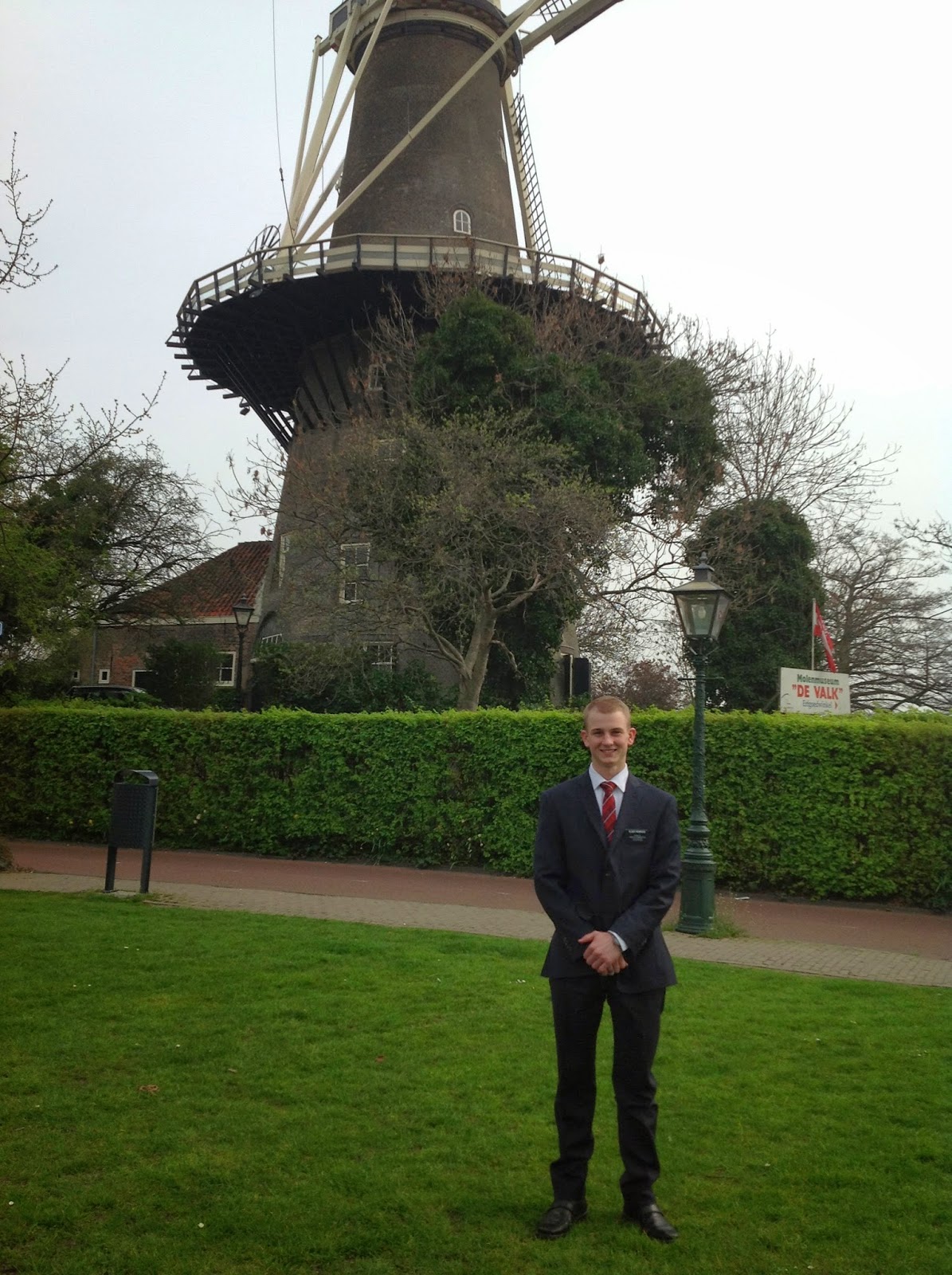 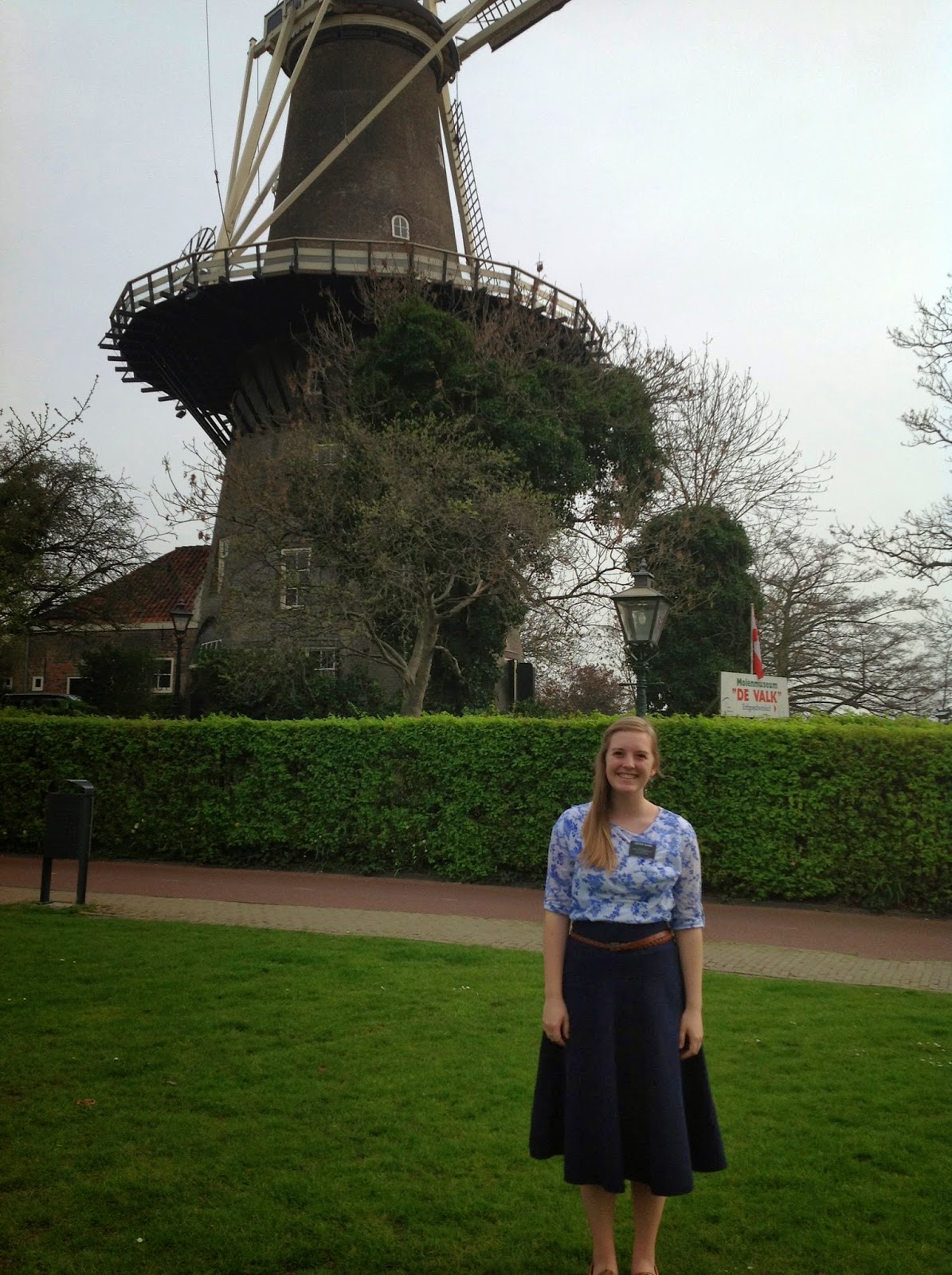 
Then lunch at Oude Leiden 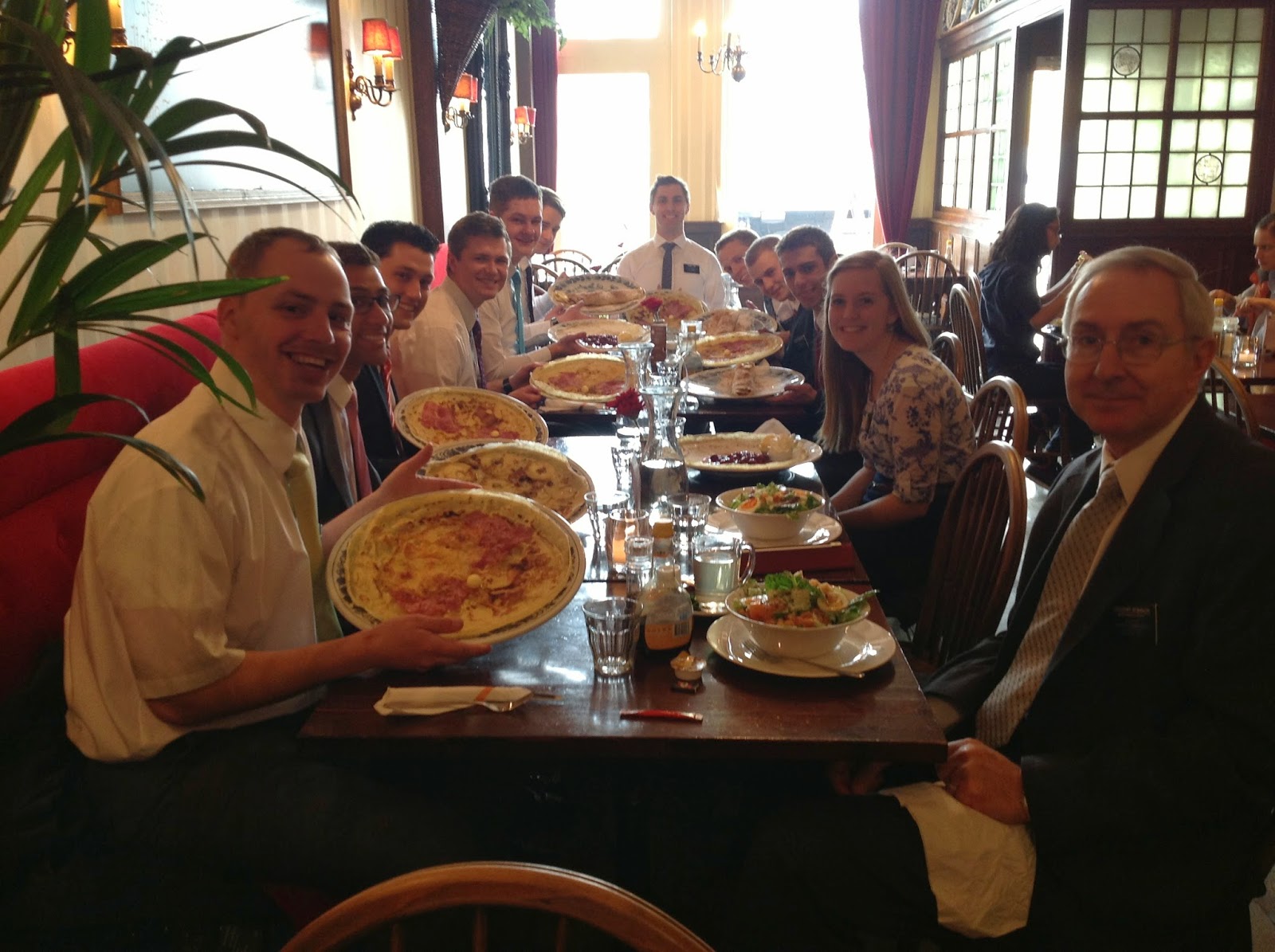 After signing into Leiden and the Netherlands, they spent 30-40 minutes street contacting with the AP's and Office Elders.


After a nap at the Mission Home and a great dinner together, they had a short fireside and testimony meeting with President Robinson and opened their 'first area of service' letters. 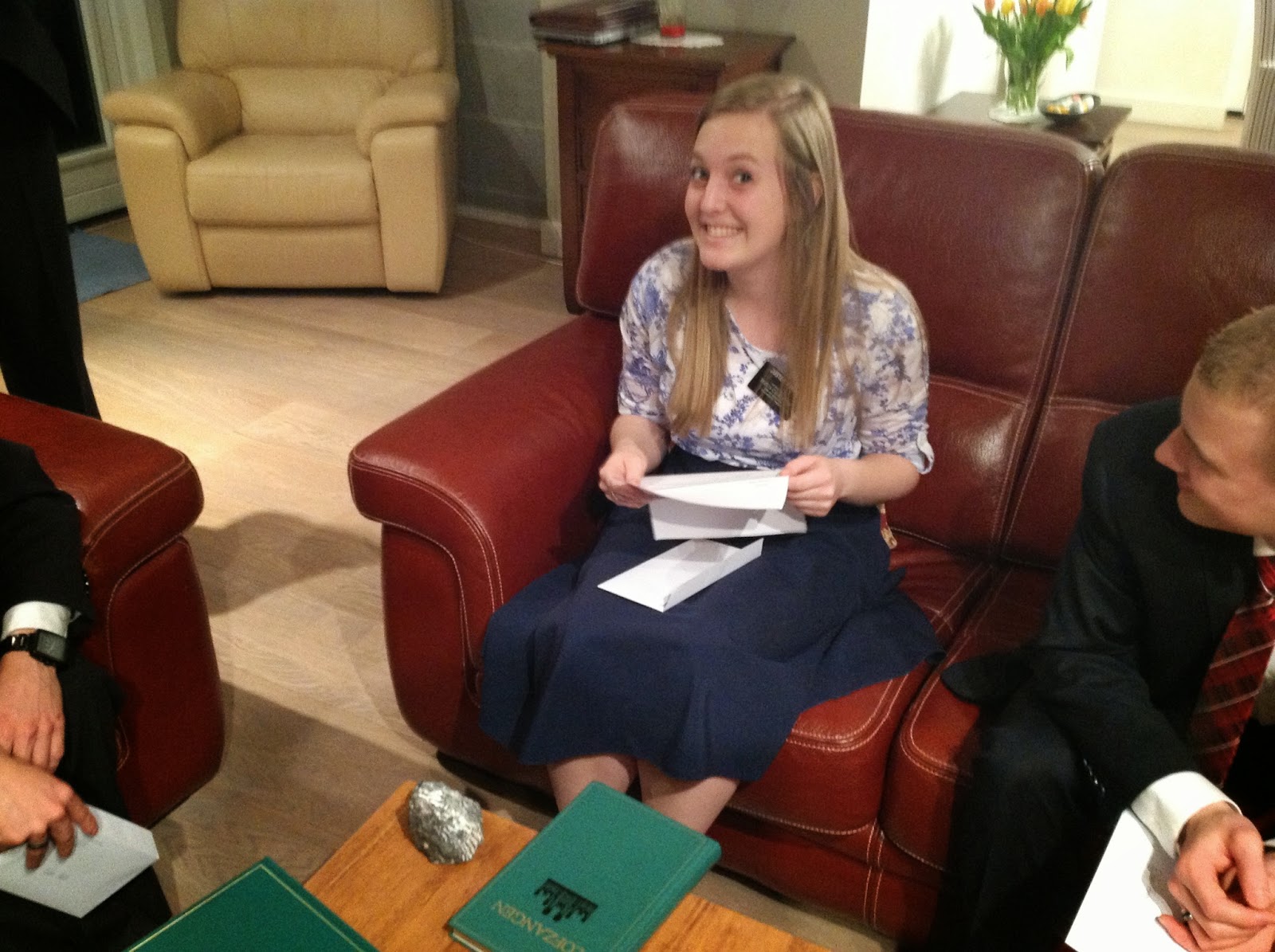 Sister Adams will be serving in Breda with Sister Spencer as companion and trainer. 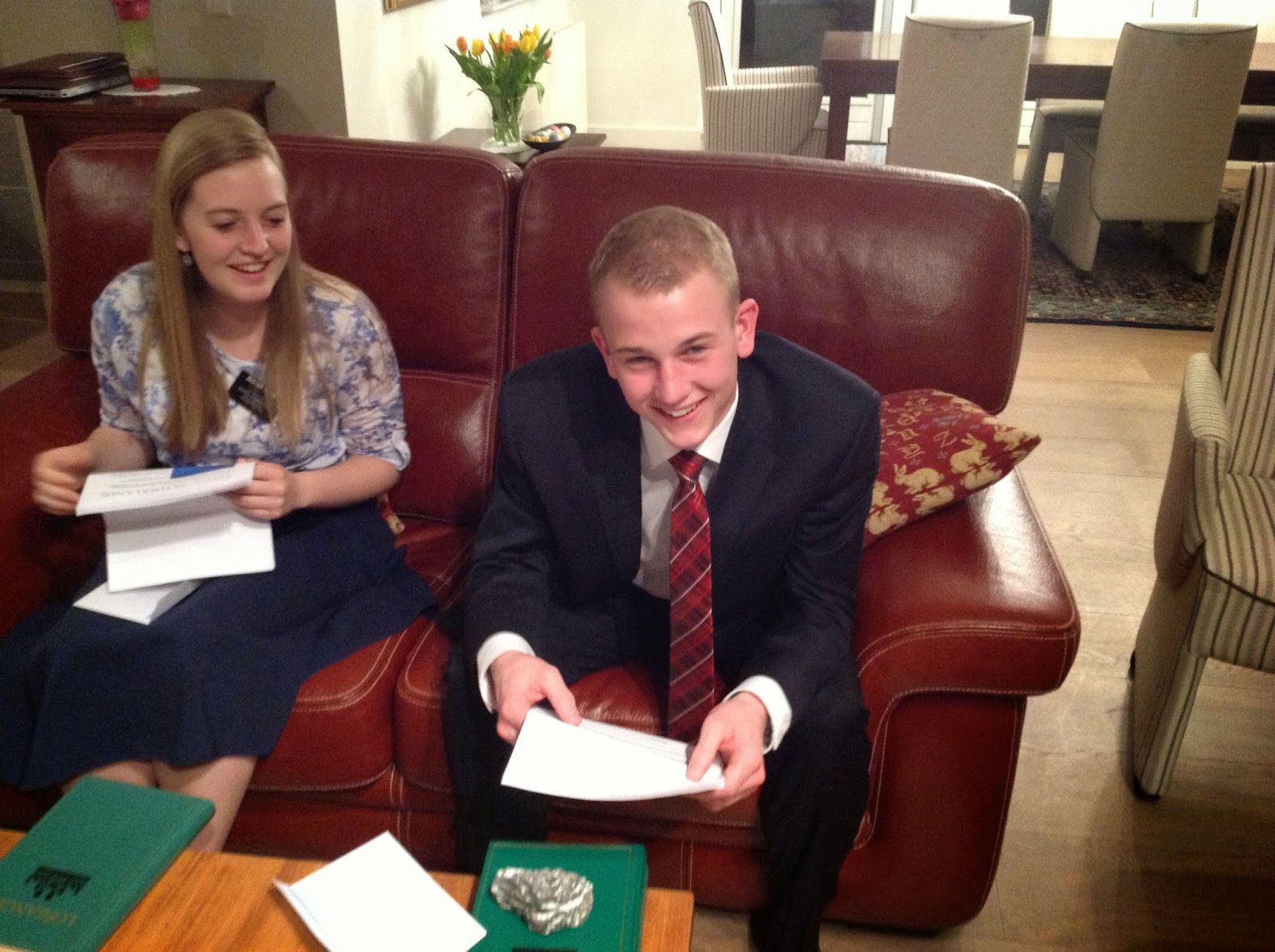 Elder Heinricks will be serving in Antwerpen with Elder Bean as companion and trainer. 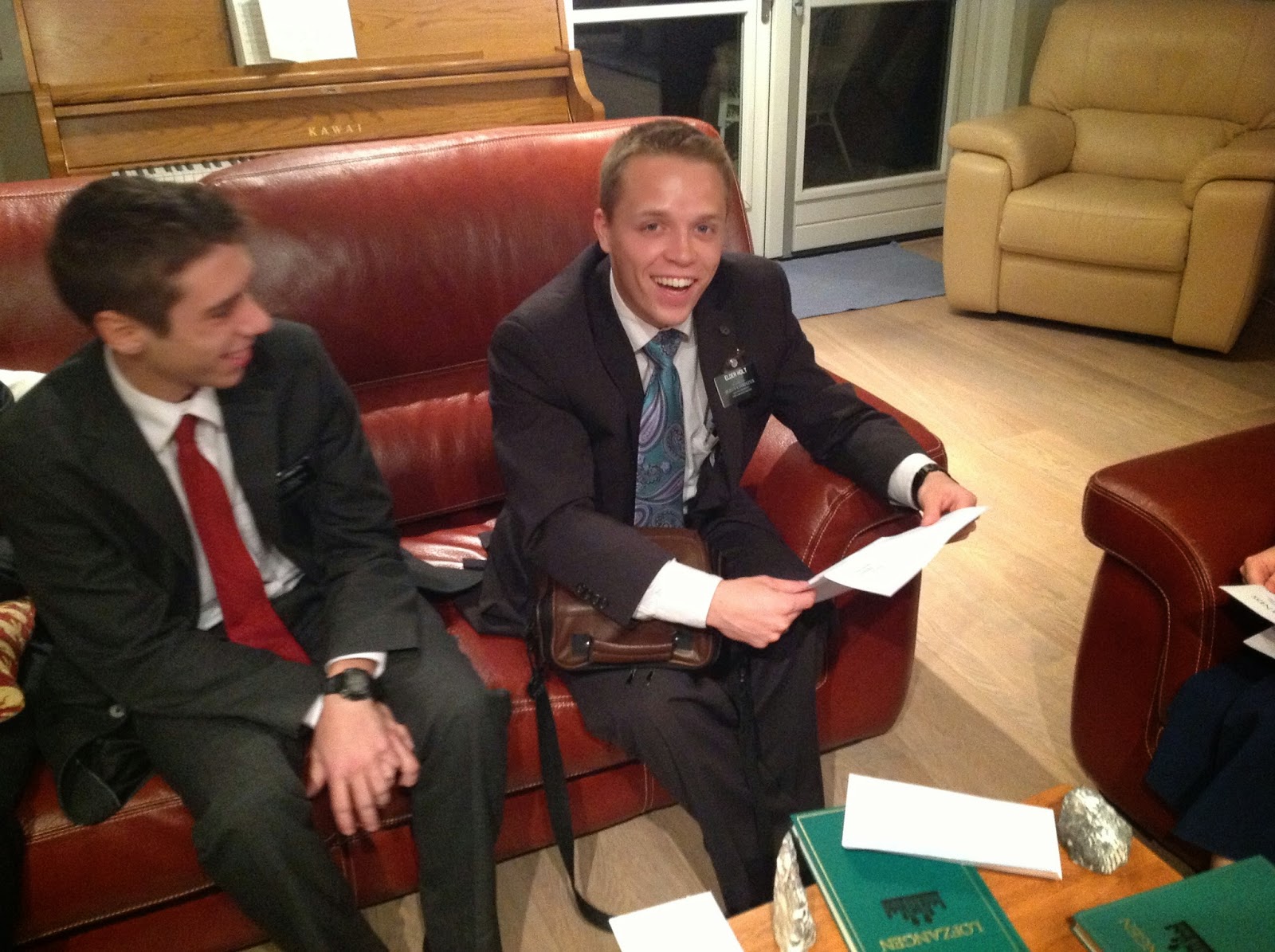 Elder Holt will be serving in Genk, Belgium with Elder Robbins as companion and trainer. 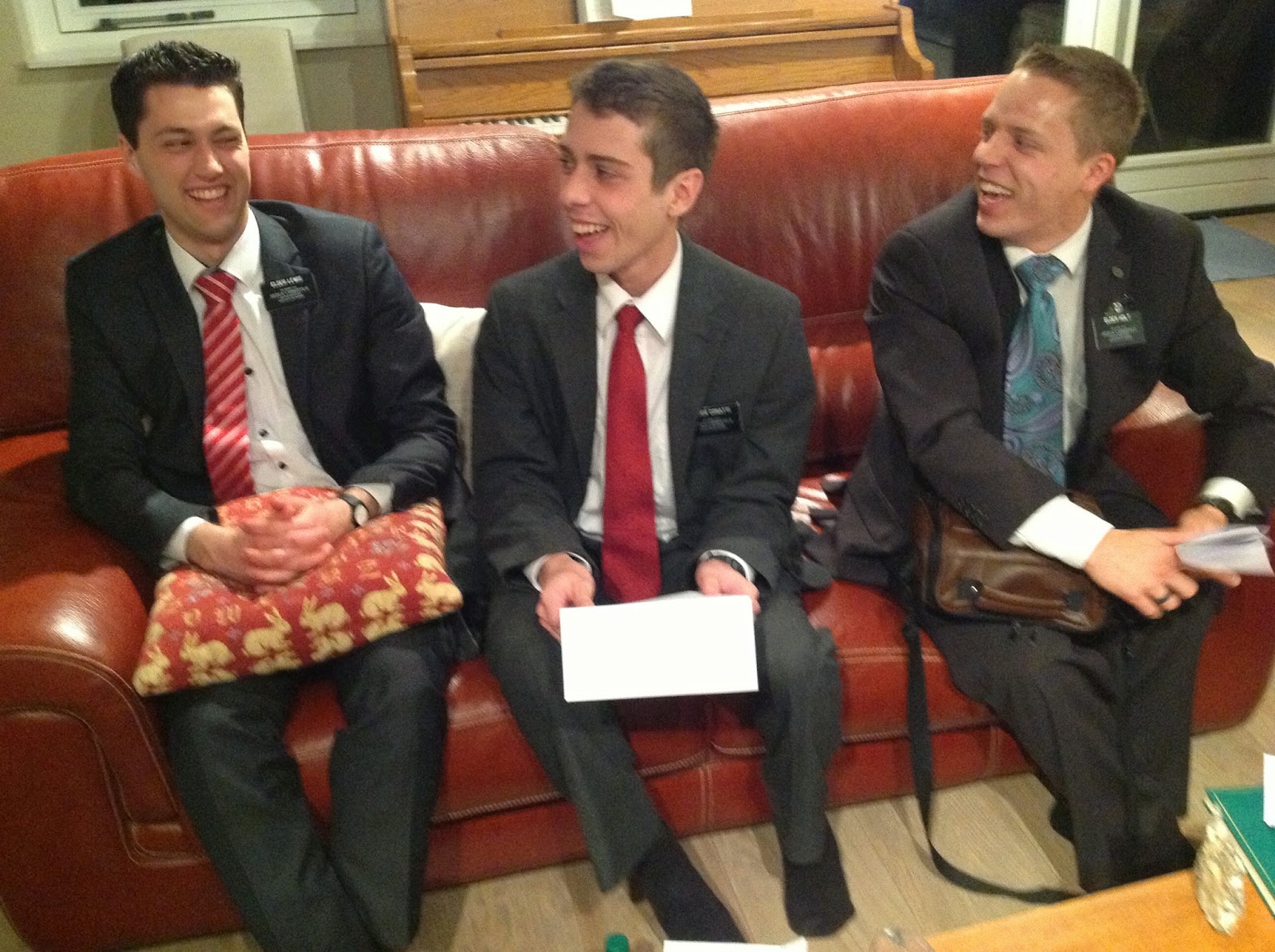 Elder Conatti will be serving in Den Bosch with Elder Lewis as companion and trainer. 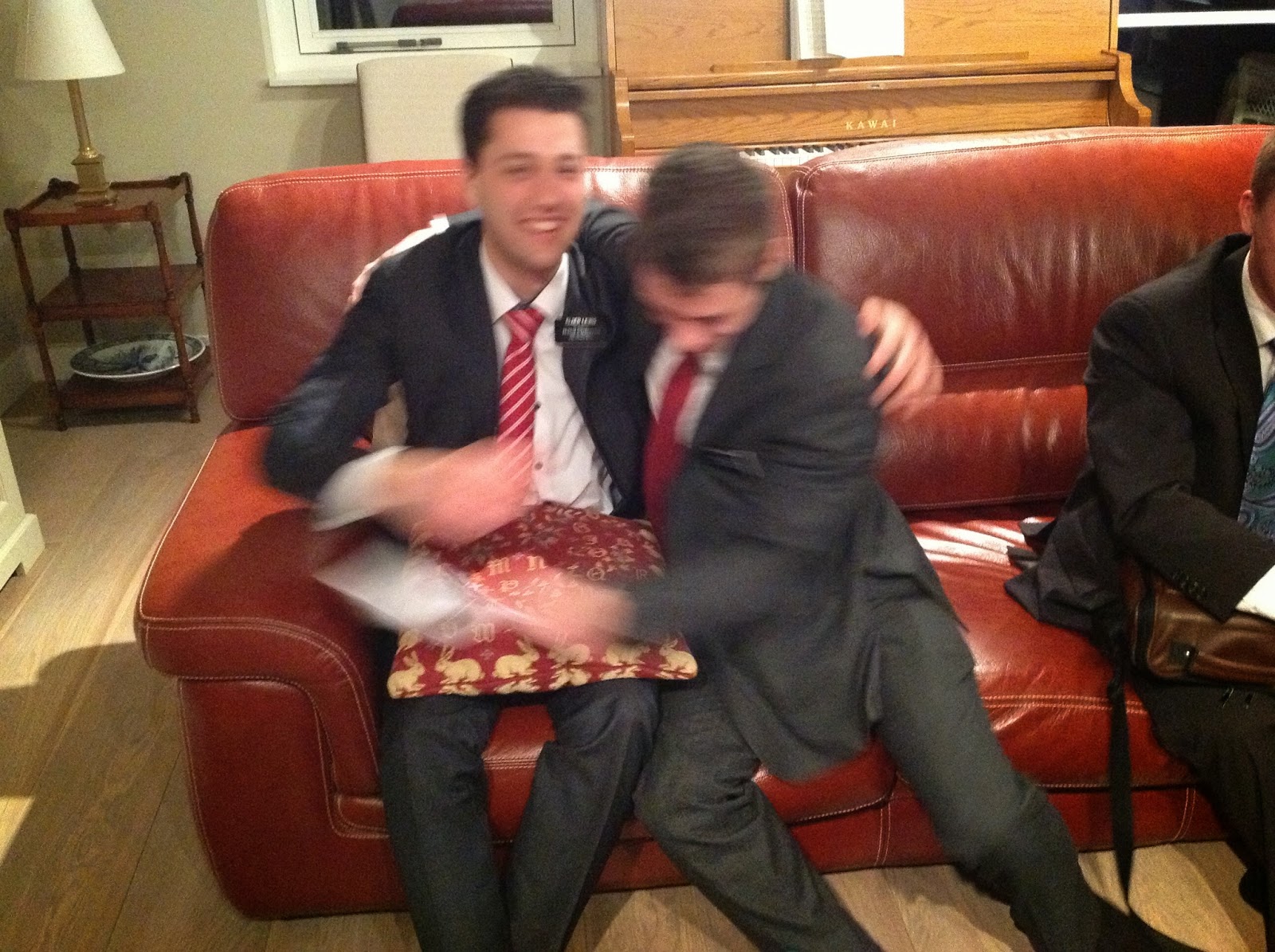 When he realize that Elder Lewis was his new companion and trainer, there were hugs and smiles all around. 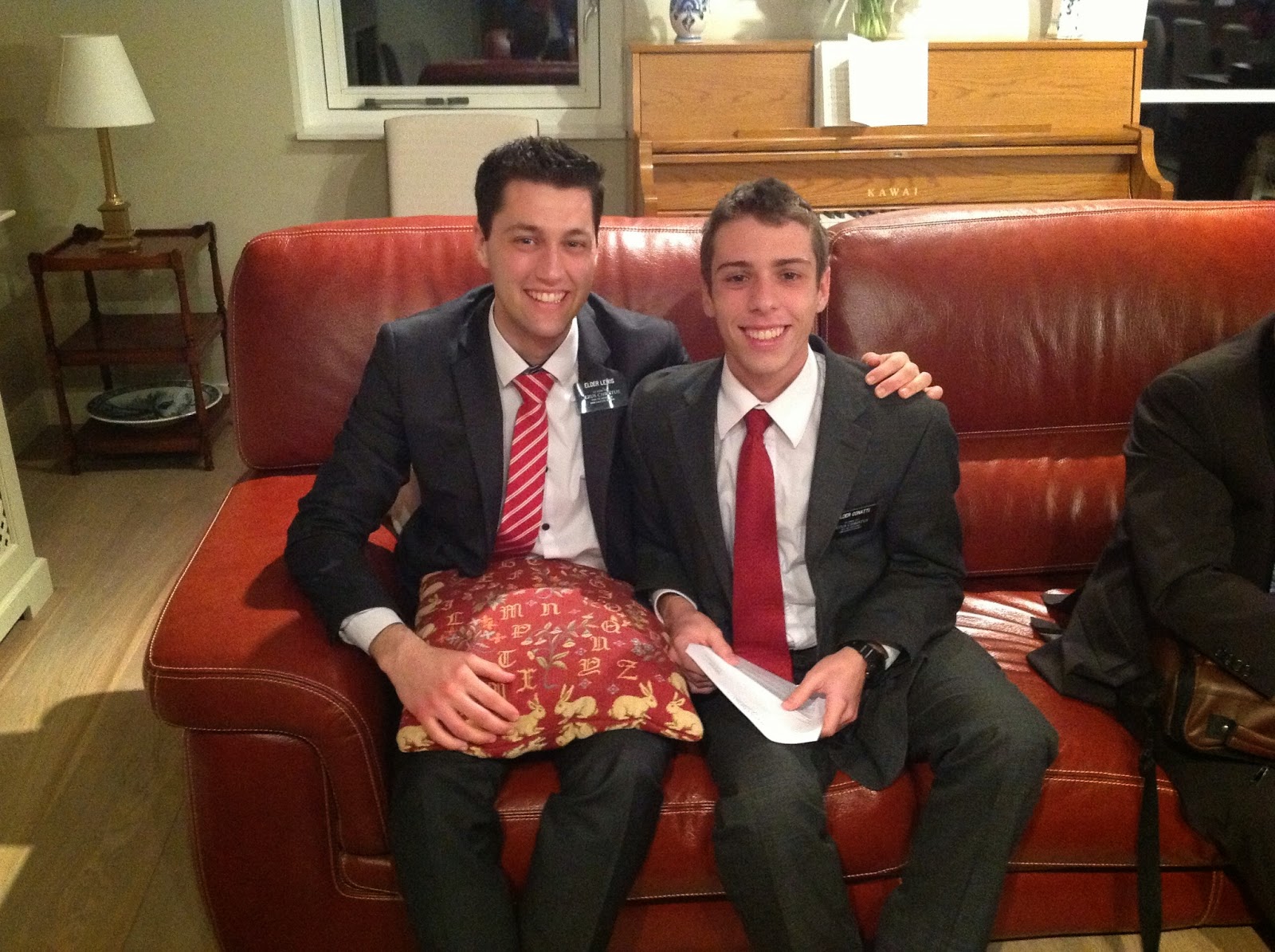 Newest companionship in the mission!

Then it was off to bed with the rest of the training tomorrow morning
at 9:00 AM in the Mission Office where they will meet their new trainers. 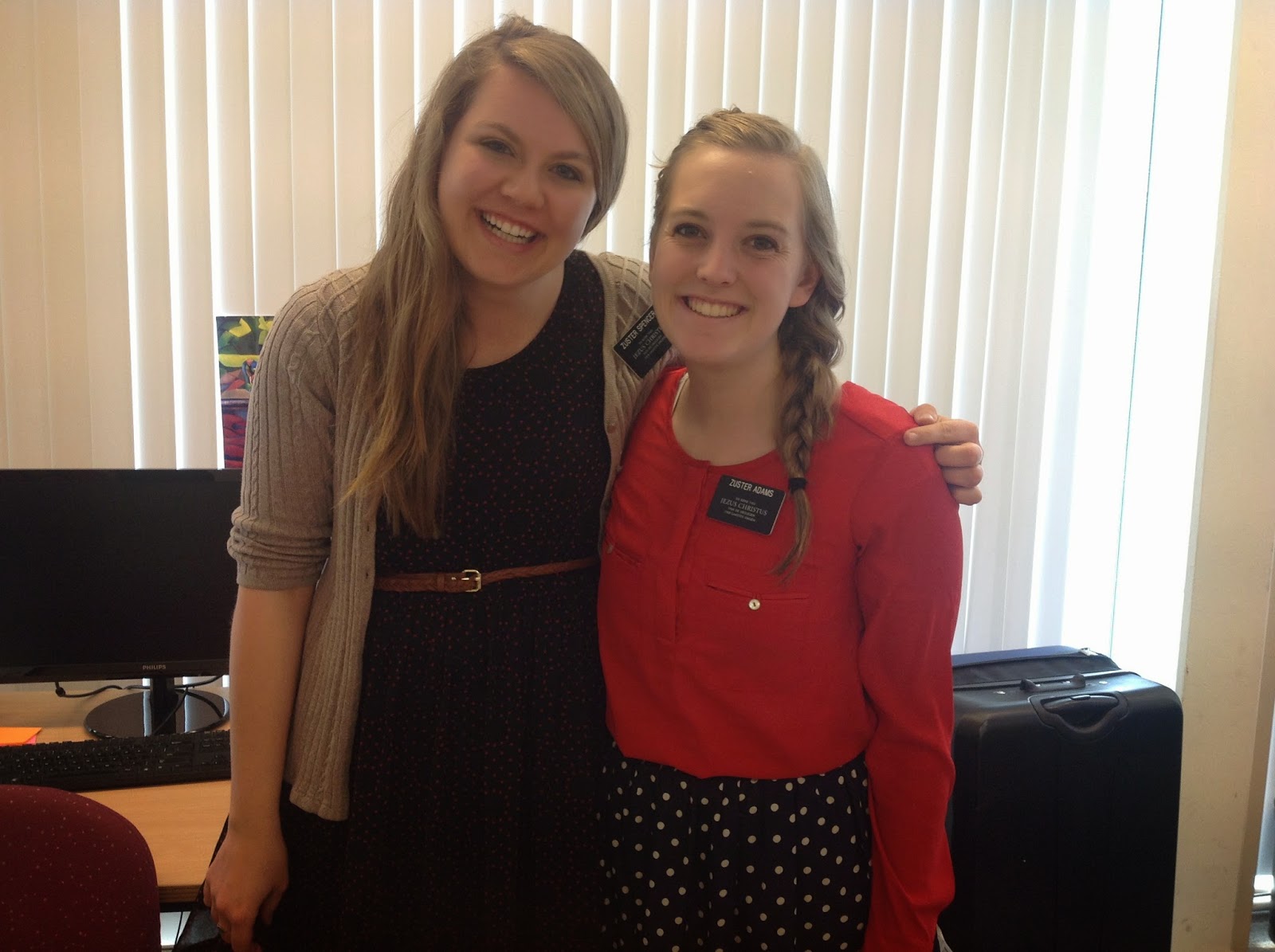 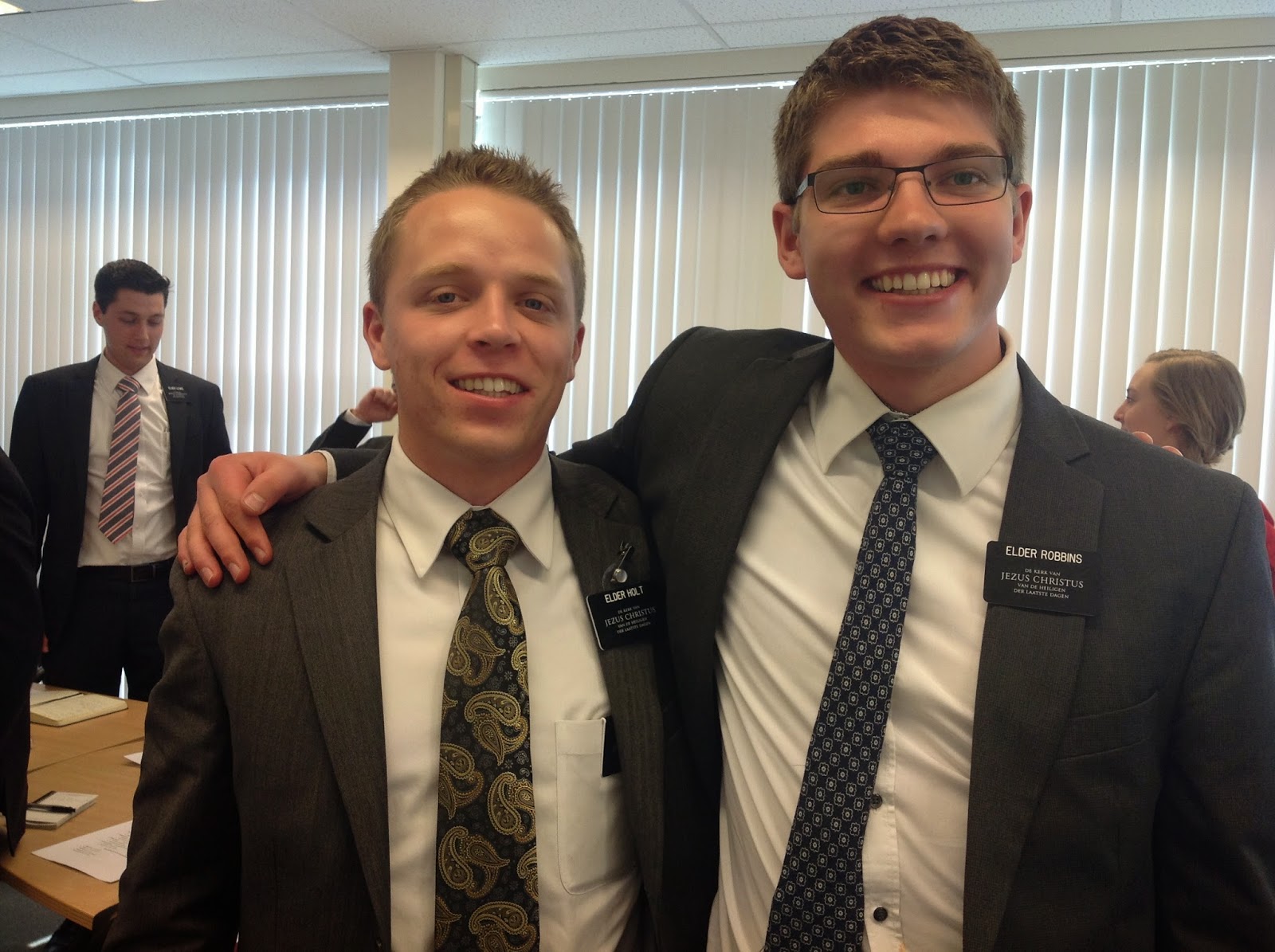 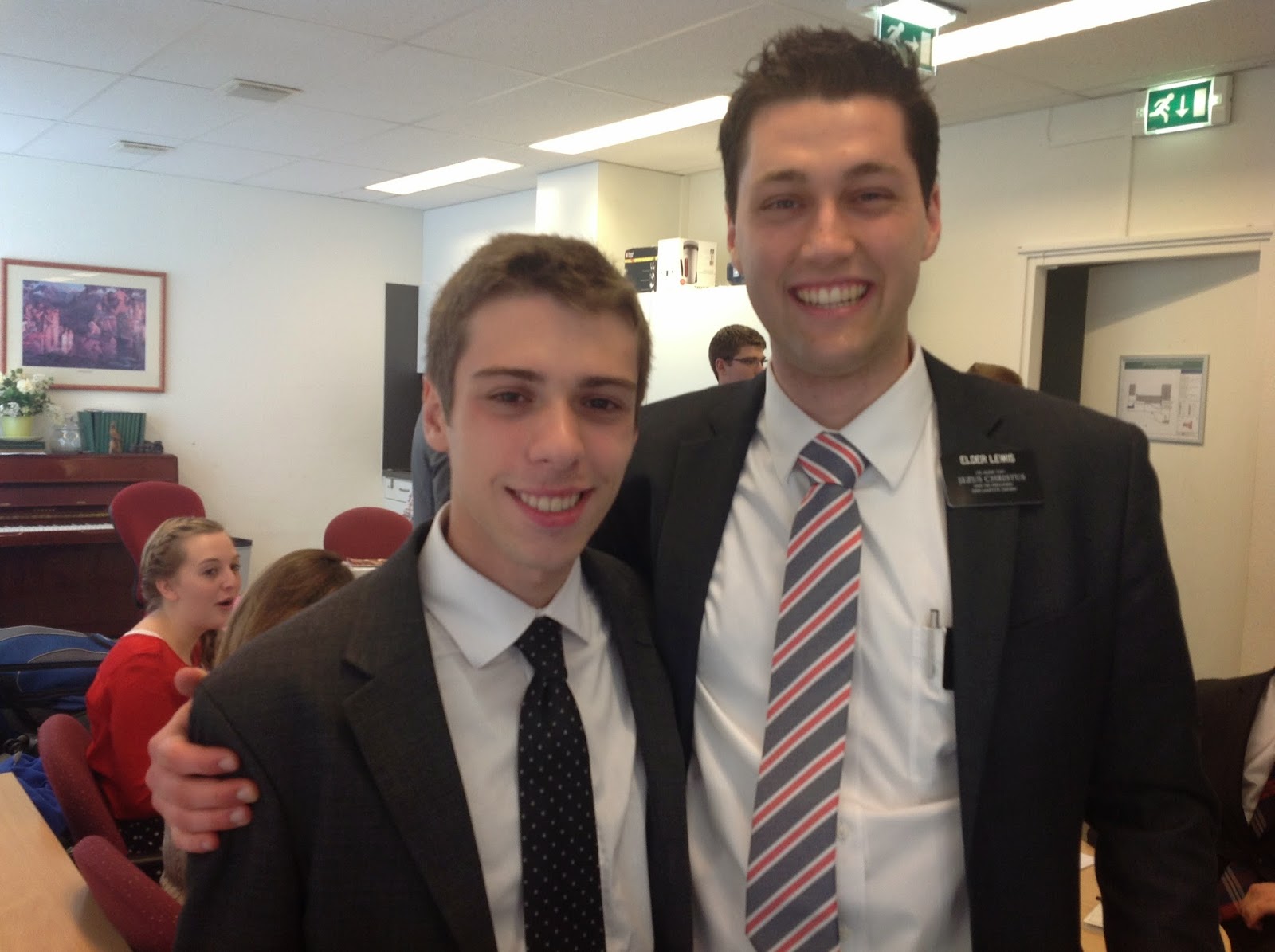 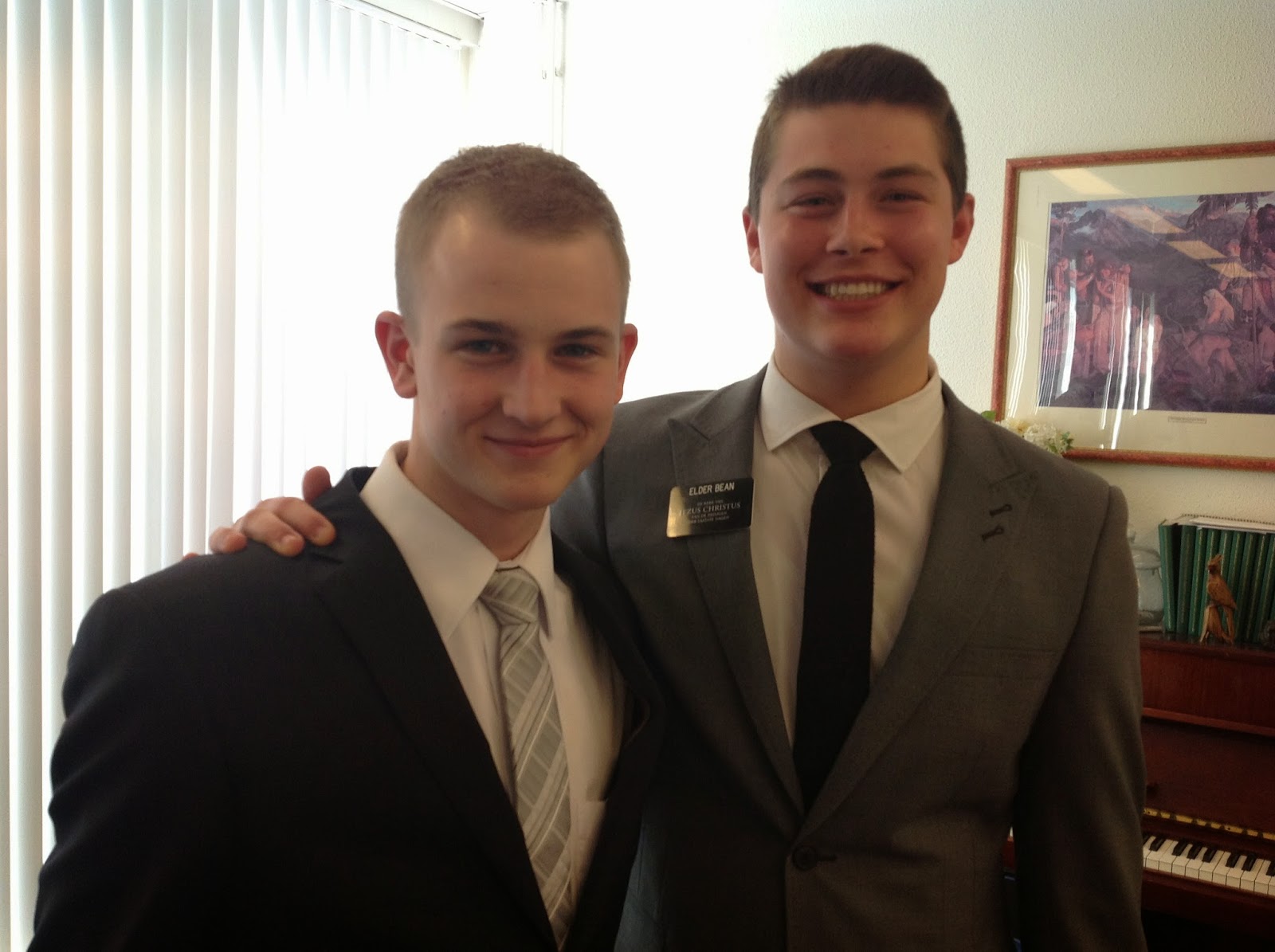 Welcome to the Belgium Netherlands Mission.
You are in for the most unique experience of your life.
We love you and look forward to serving with you.

Posted by Zuster Robinson at 6:27 PM