April 2, 2014 five missionaries met in the Mission Office for their final interview with President.  It is a unique group.  We remember welcoming the Sister Israelsen, Sister Raun, and Sister Juchau into the mission just a short time ago.  Elder Van Komen and Elder Hansen were the first Belgium Netherlands missionaries we met at the MTC in Provo in March 2012.

President and I spent three separate weeks at the MTC in Provo prior to arriving in the Mission field.  During our first week in the MTC we met these two Elders in the cafeteria.  They had heard their new Mission President was at the MTC working on his language.  What were the odds that we would walk into the cafeteria and sit down on the same table as the Belgium Netherlands missionaries.  So, we say goodbye to them, after spending two wonderful years  and many unforgettable experiences together.

We love you all.  The mission will certainly be different without you. 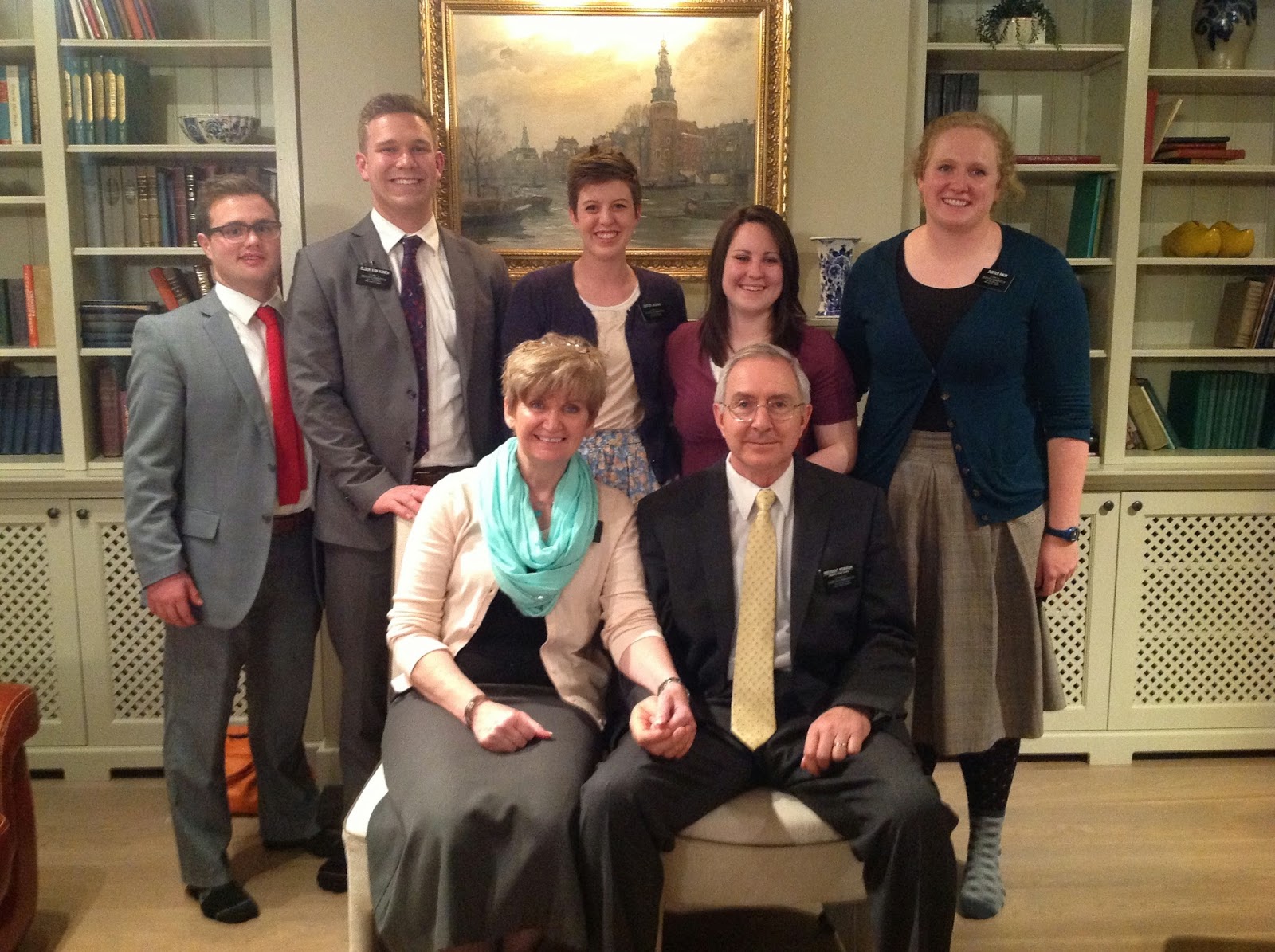 Sister Israelsen's parents came to pick her us from the mission and we enjoyed having them join us for the evening.  It was a pleasure to meet your parents Sister Israelsen! 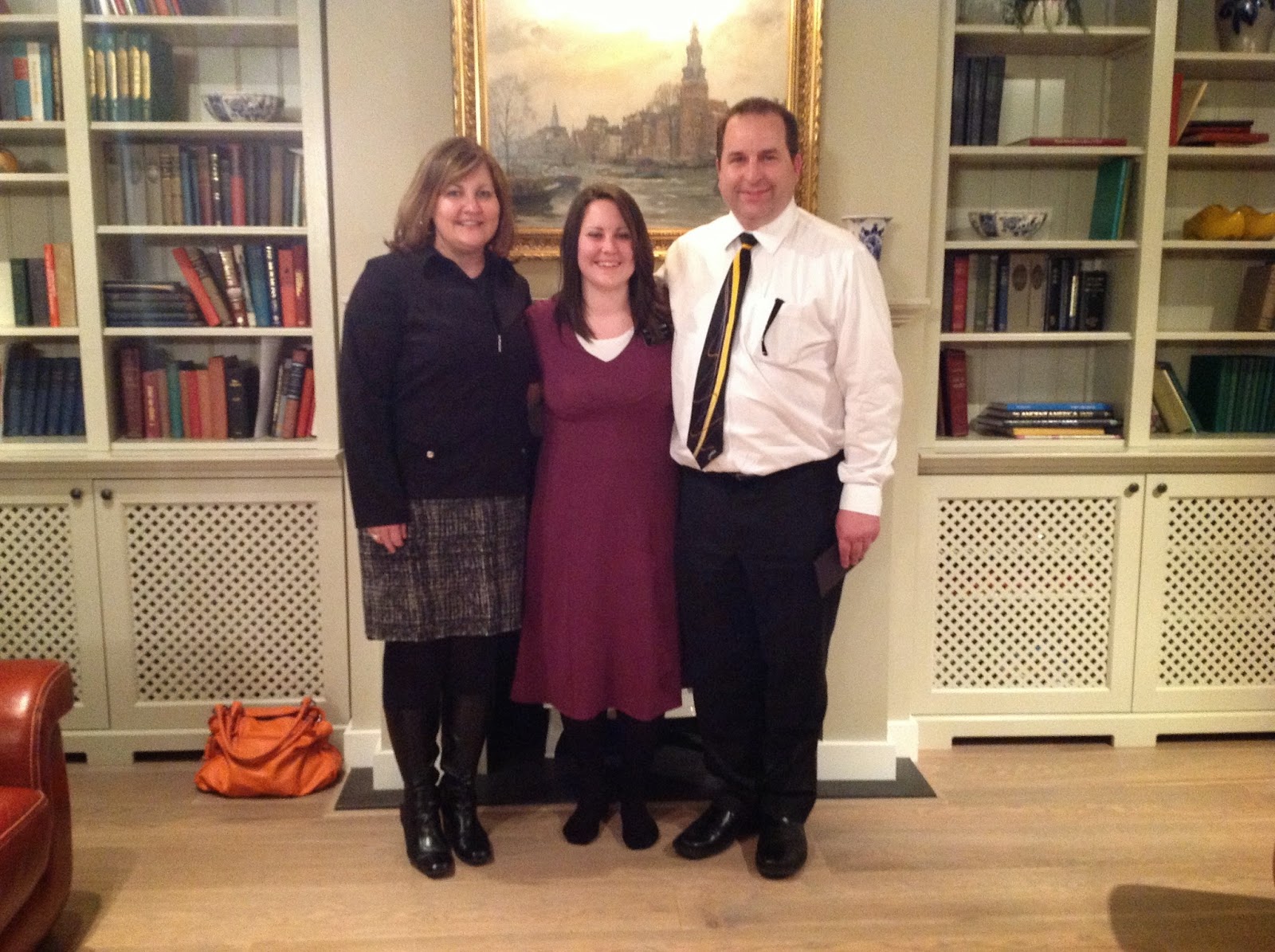 Also, Elder Hansen's parents came to pick him up from his mission.  It is such a pleasure to meet the parents of the wonderful missionaries we have grown to love and call 'our own'.  Thank you Elder Hansen, it was great to meet your parents. 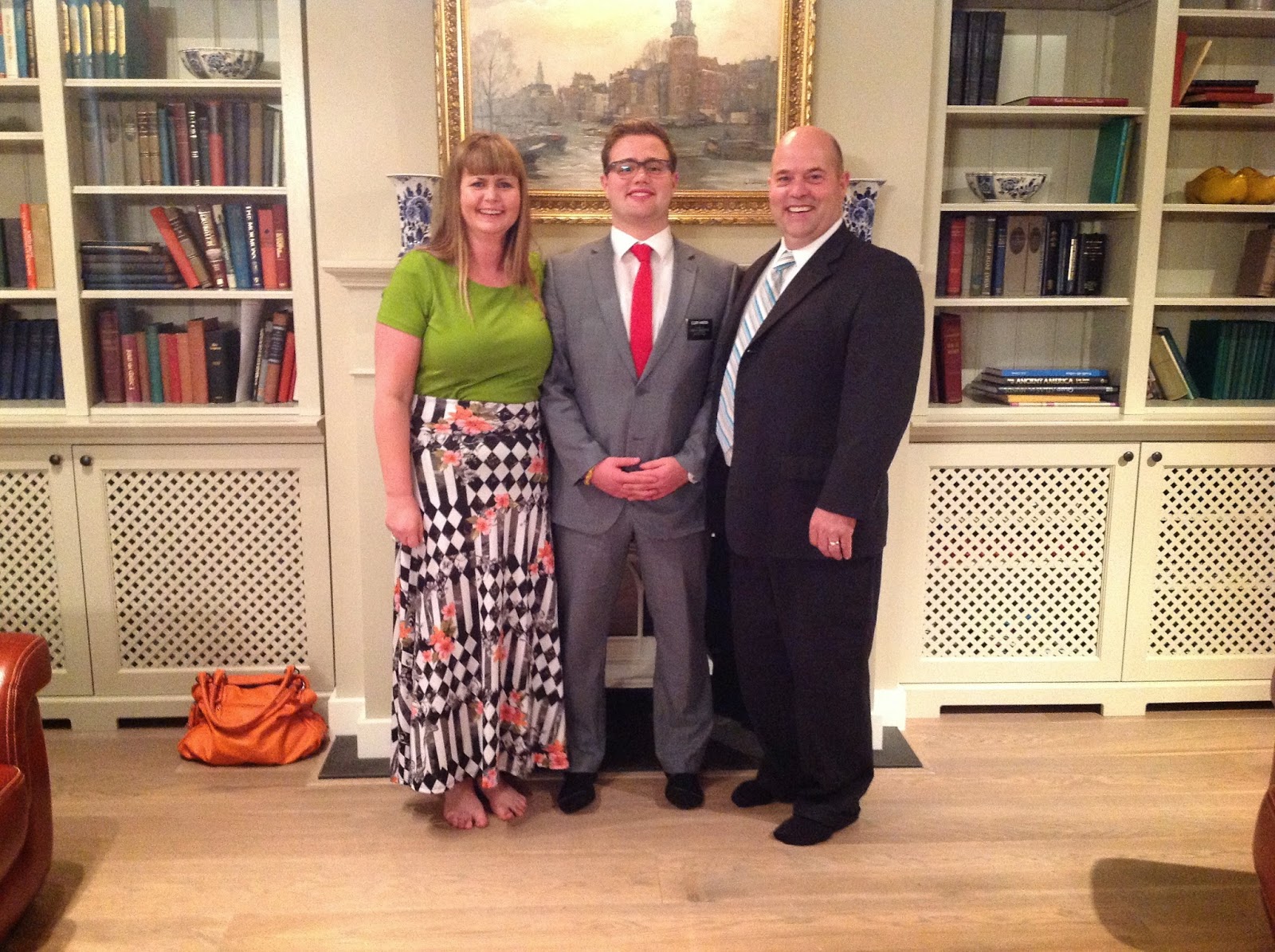 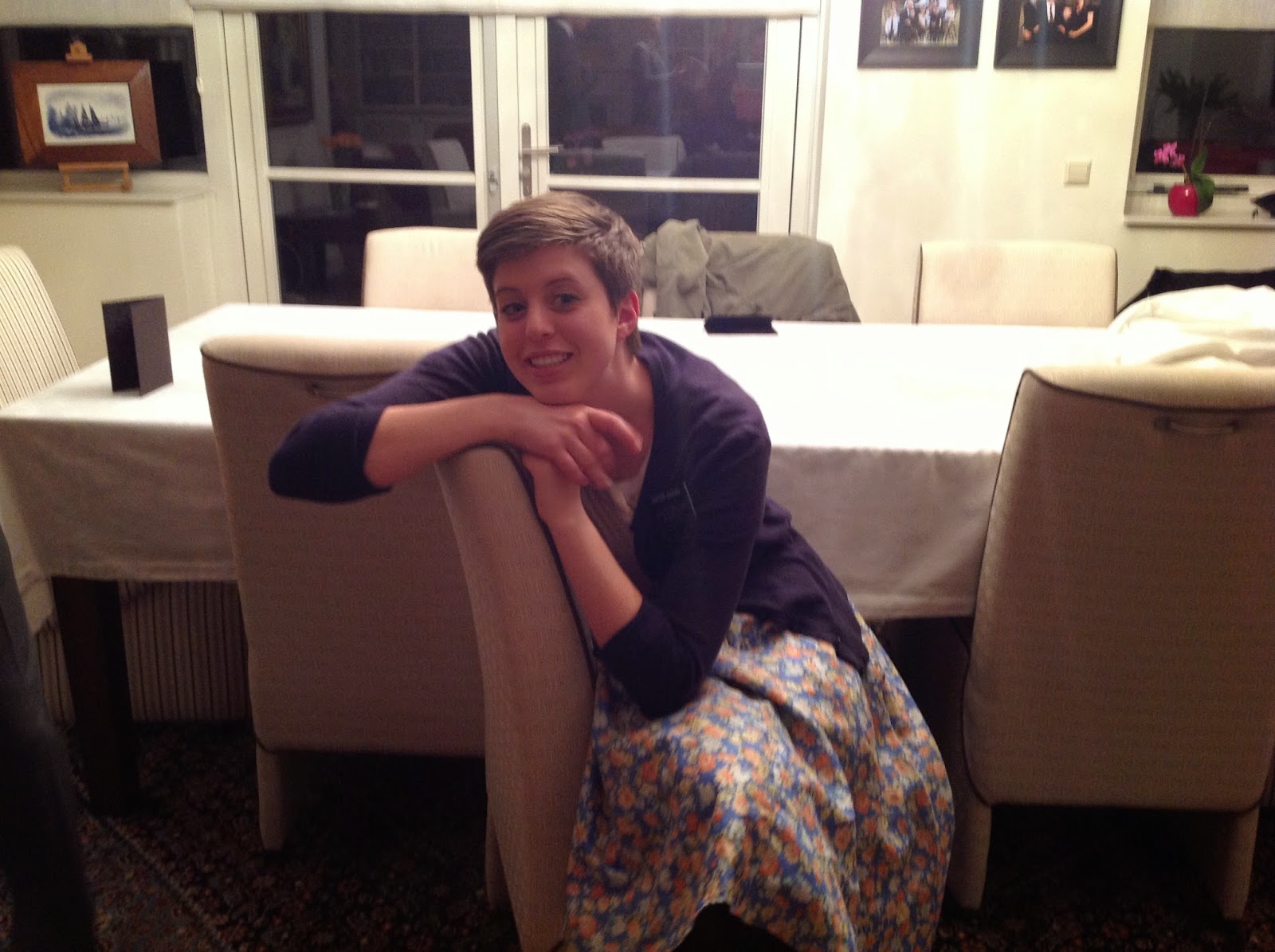 We love you Sister Juchau, we will miss you!

Bright and early the next morning, April 3, 2014, we say our final goodbyes until we meet again! 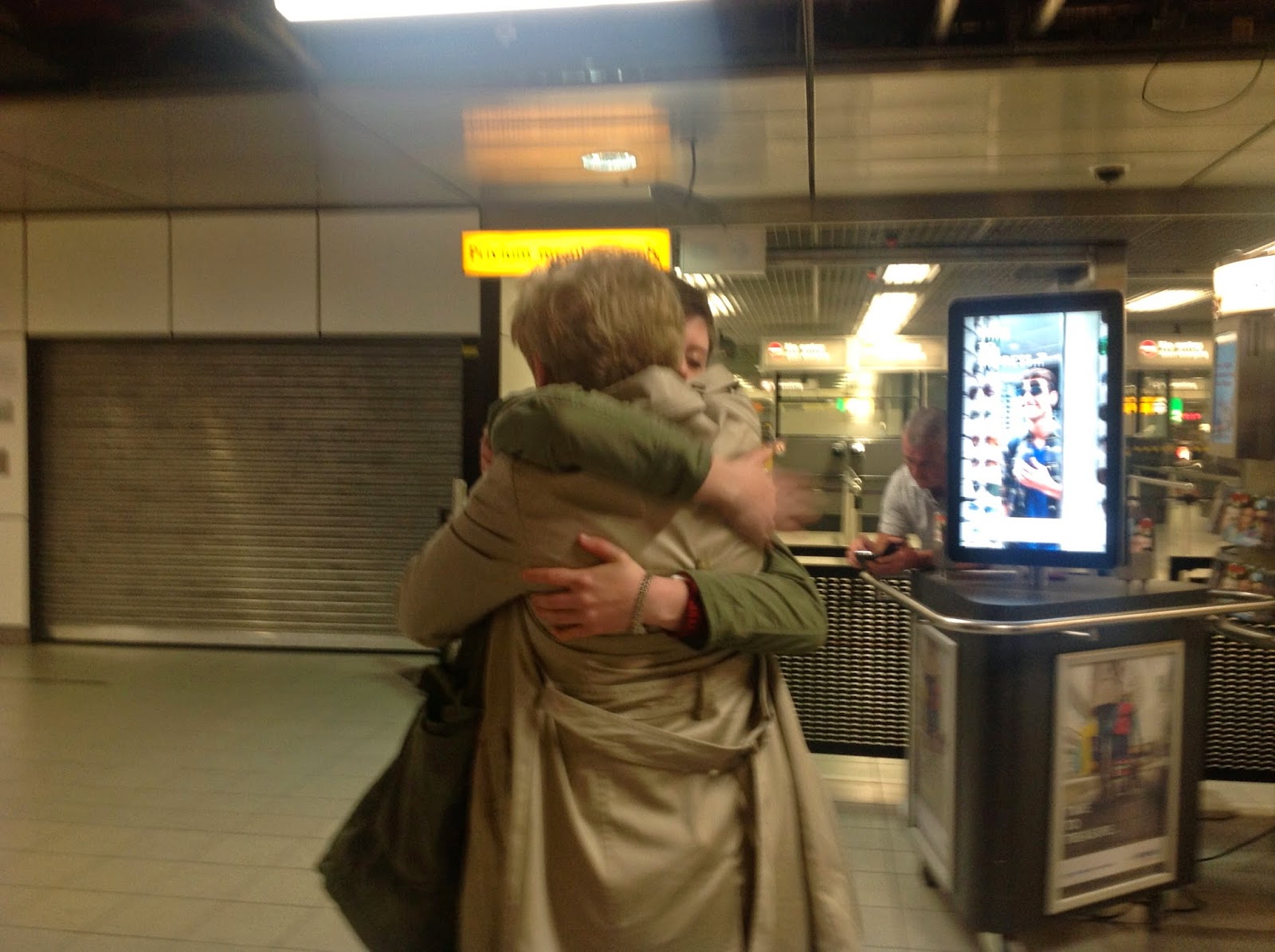 It's hard giving that 'last' hug! 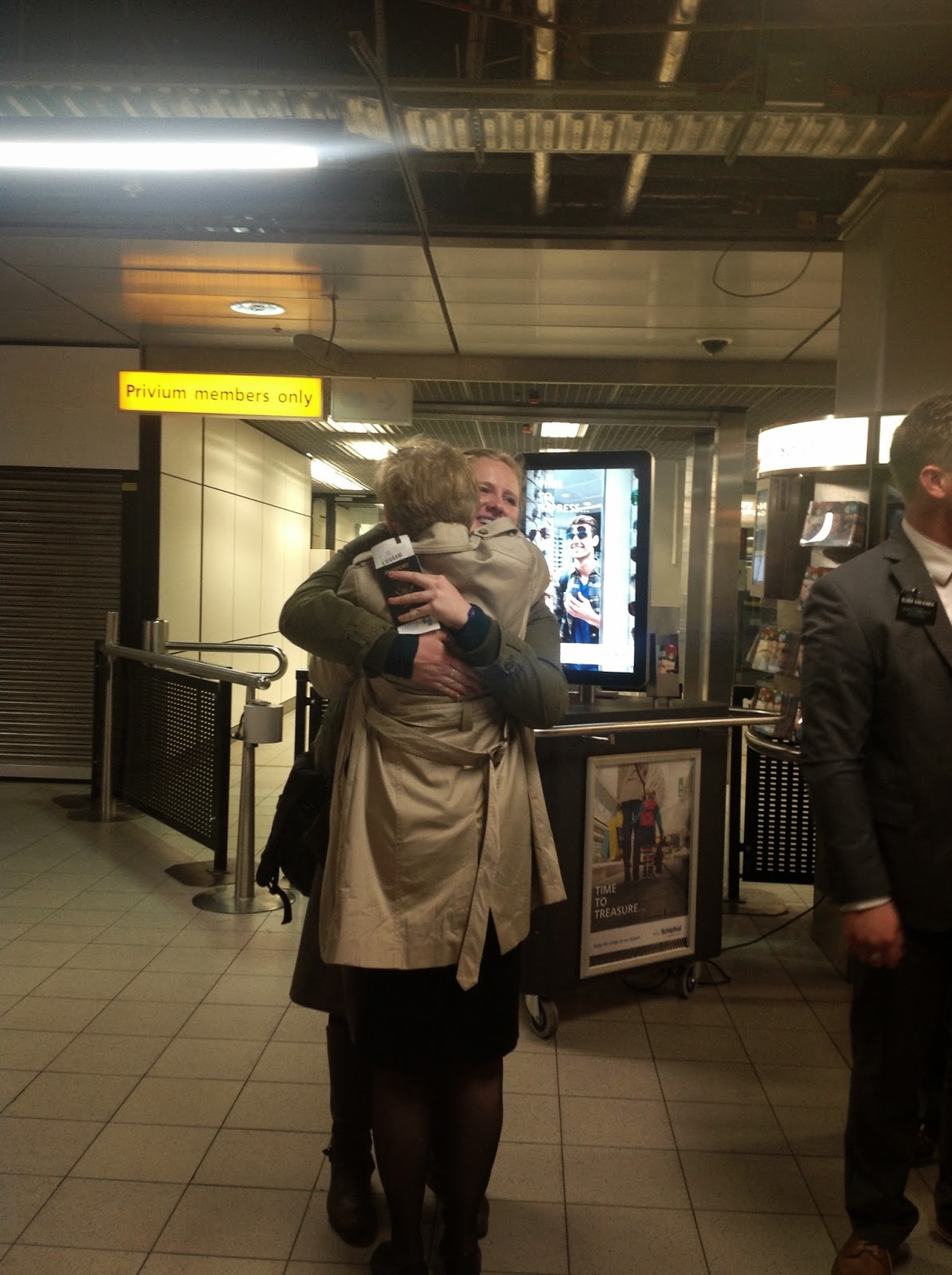 Love you Sister Raun.  We will miss you. 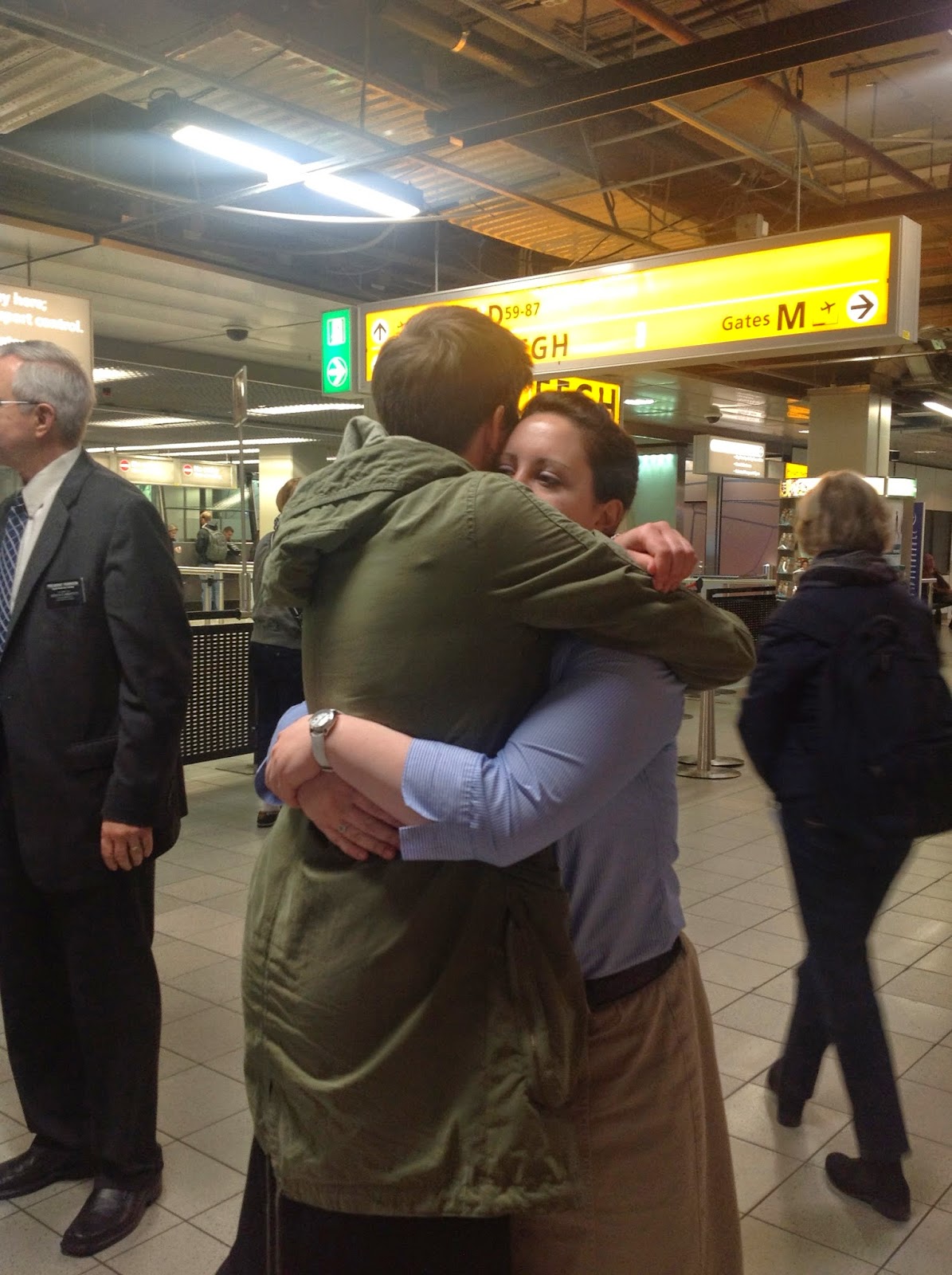 Everyone is going on to a new life, going in new directions. 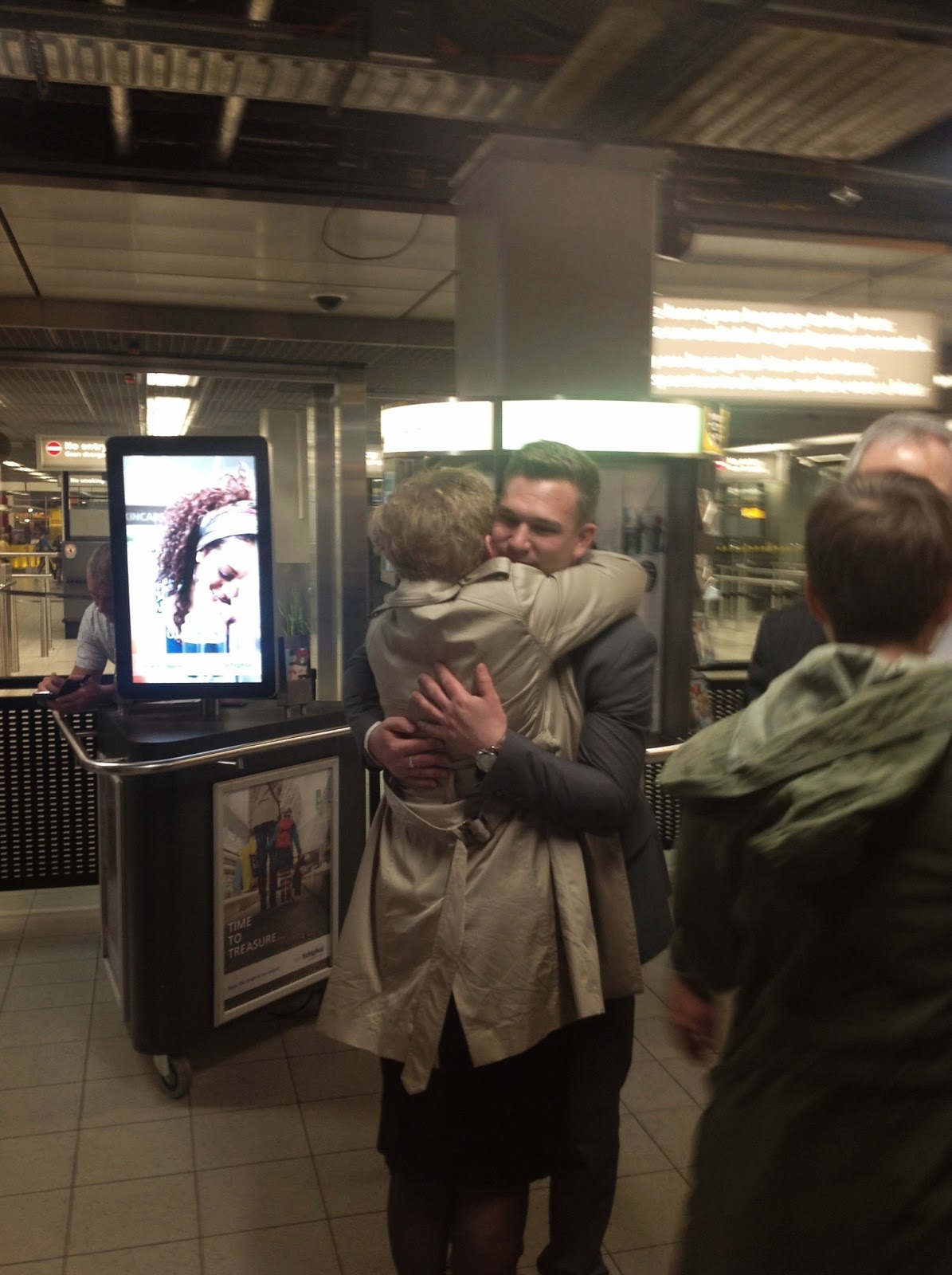 Tot volgend keer.  Love you and miss you. 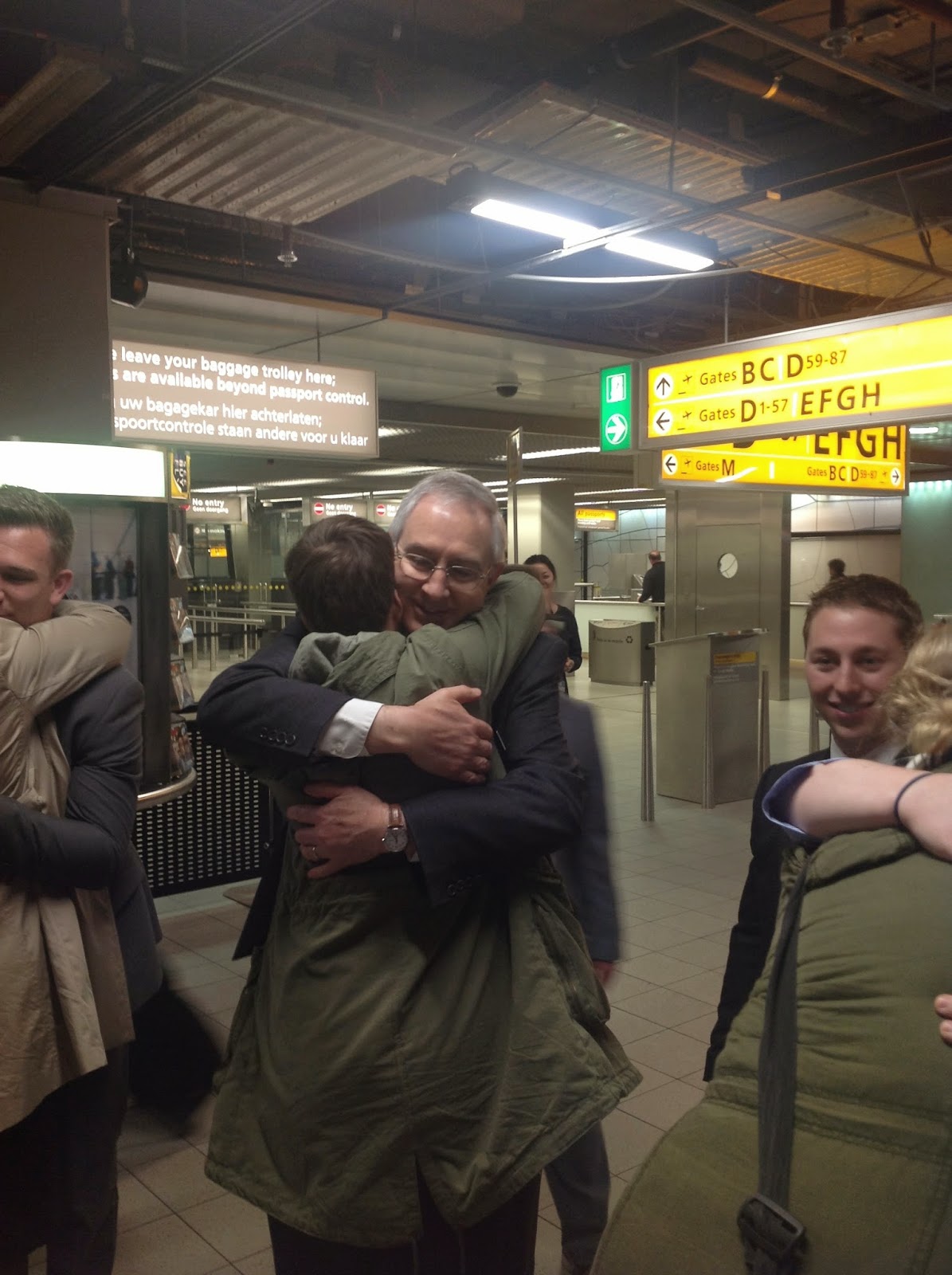 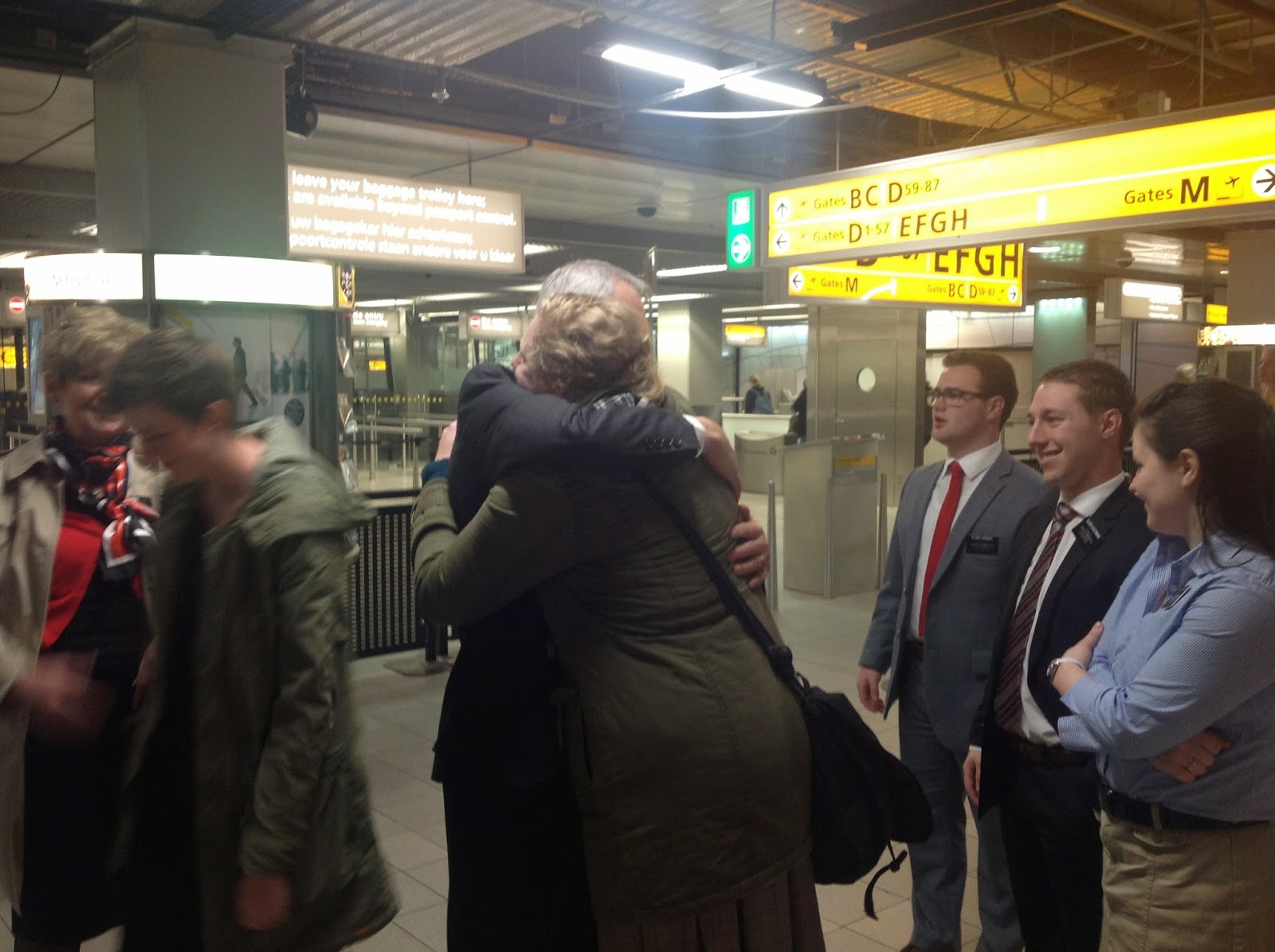 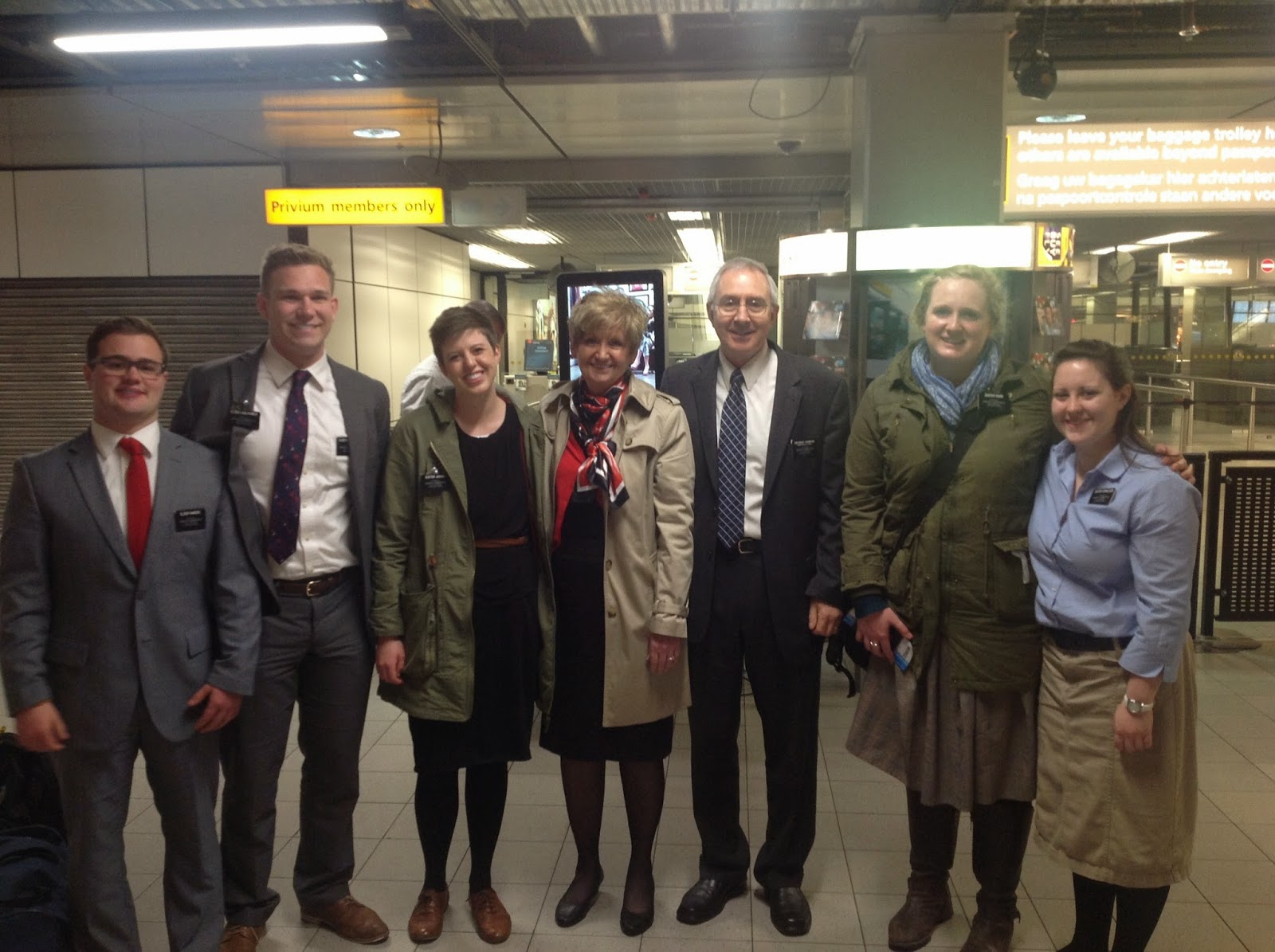 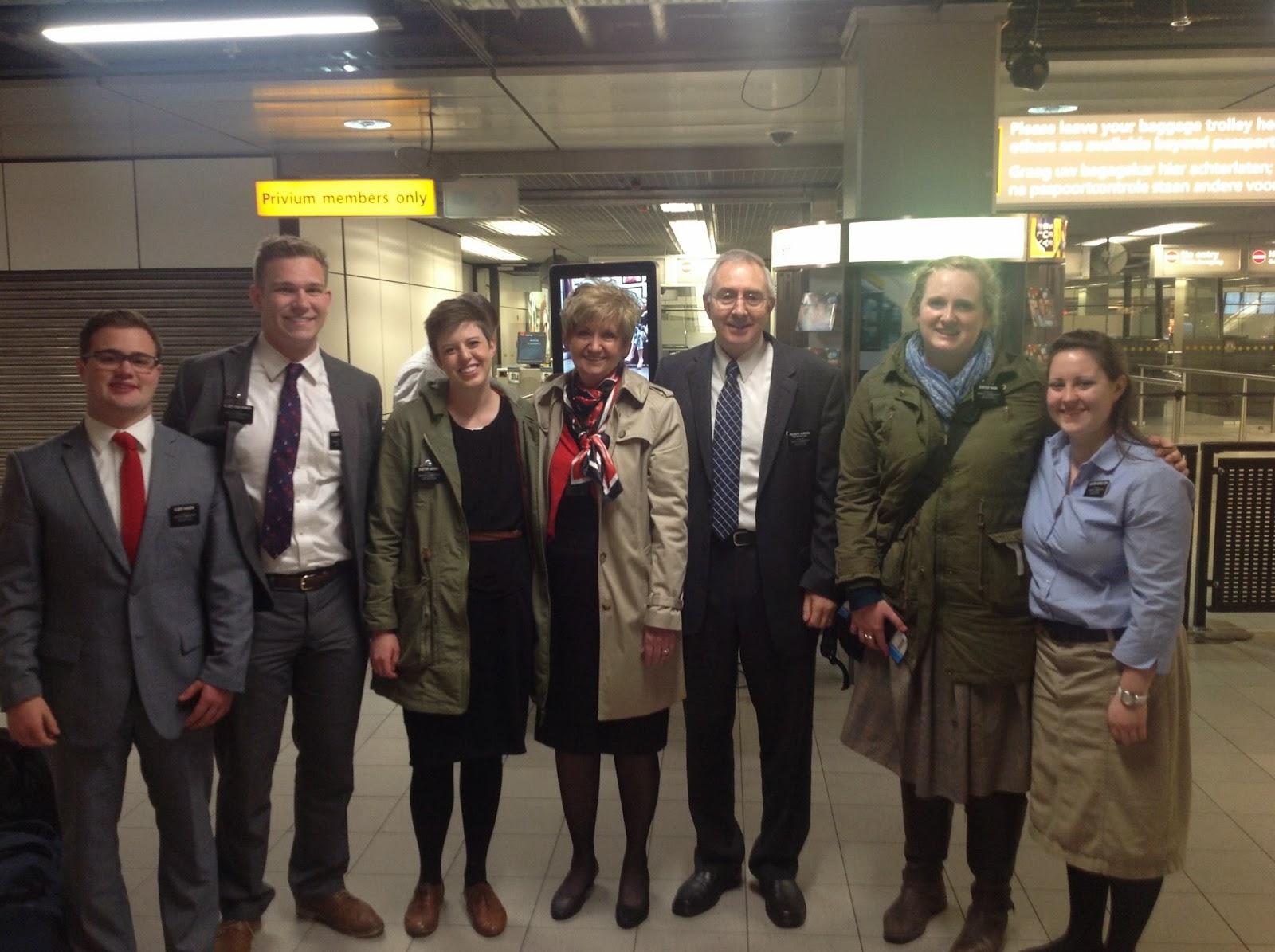 A bit of our hearts go with every group.  We hope there is a time when we can all spend time together again.  Ja, wij zullen!
Posted by Zuster Robinson at 8:24 PM