Visit from a Return Missionary that Returned!

August 20-21, 2013 we had the opportunity to have the
former Elder Van de Graaff come back to the Netherlands to visit.  We had the opportunity to meet his mother and father.  Former Elder Van de Graaff was here for the temple marriage of a man he taught and baptized while serving in here on his mission.  What a wonder pay day for him.  What a wonderful pay day for us to have him visit again. 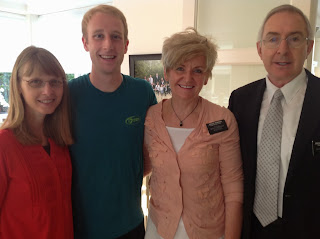 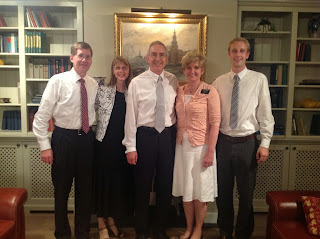 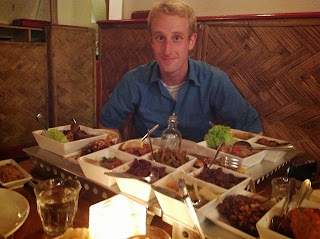 We were treated to a great Indonesian meal while they were here.
Former Elder with all the goodies. 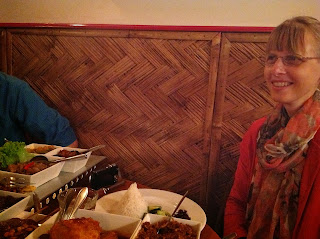 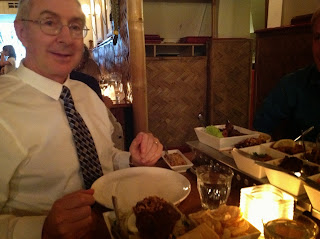 President waiting for the chance to fill his plate. 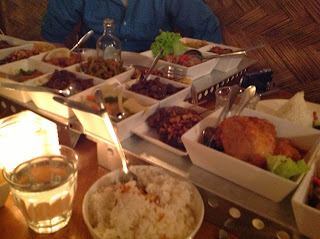 It was the 'real deal' for authentic Indonesian food.  Thank you Van de Graaff family for a wonder dinner that evening and for your visit.  It felt good to have former Elder Van de Graaff at the Mission Home again.
(I don't think I will ever be able to call these missionaries by their first names even when I get home.  For some, I really have no idea what their first names even are?!?!?)
Posted by Zuster Robinson at 8:54 PM