On July 24, 2013 we welcomed to the Mission Home this group of Elders that have served so faithfully.  President and I have been here on our mission a year now.  These Elders have served us, have served with us, and have truly become great friends. 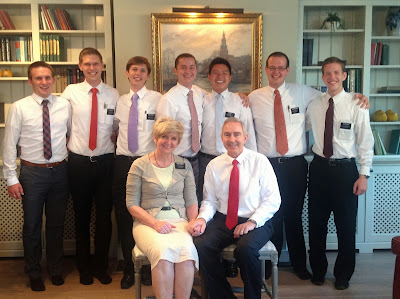 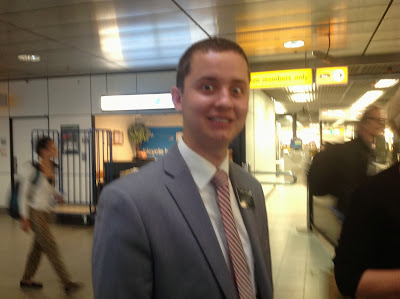 Yes, it's true Elder Van Rij, you are called by inspiration from an apostle of God and released by a computer telling you it is time to go home! 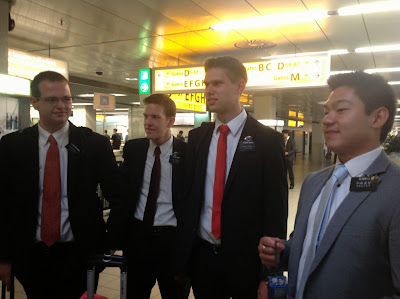 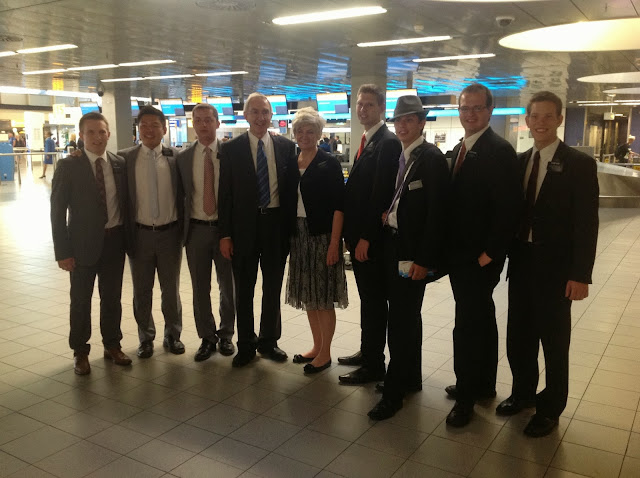 This is an unique group of Elders.  They have each blessed my life beyond measure.  Their faith, testimonies, personal conversion, personal commitment, and willingness to change and be more like the Savior is exemplary. President and I pray for you and desire the Lord's choicest blessings to be with you as you go home to family, loved ones, and a new life.

After watching all but one of our Elders go through Passport Check,  we headed for the 'meeting place' near the train station in the airport to wait for Elder Kunz's family.  They were coming from Paris on the train to pick up Elder Kunz.
Just as we were arriving at the "Meeting Place" in the train station, Elder Kunz spotted his family coming to meet him. 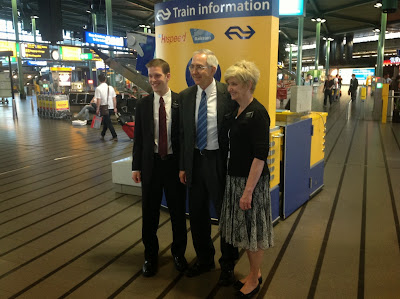 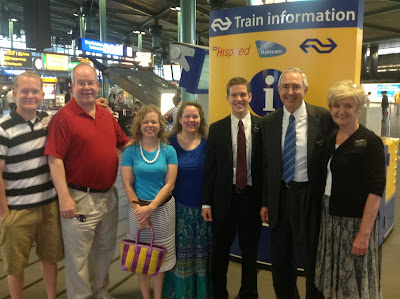 That opportunity to see a family reunion with a missionary after two years of service is sacred.  It is the sweetest feeling in the world to see a mother hold her son again.  It always, always brings tears to my eyes.
I remember so well picking up our daughter in Argentina
at the close of her mission and the joy I felt.
As I watch families reunite, I remember the wonderful feelings I felt when I was reunited with our daughter after her successful mission.
It is indeed a sacred experience
in which to be a part.
Posted by Zuster Robinson at 10:26 PM