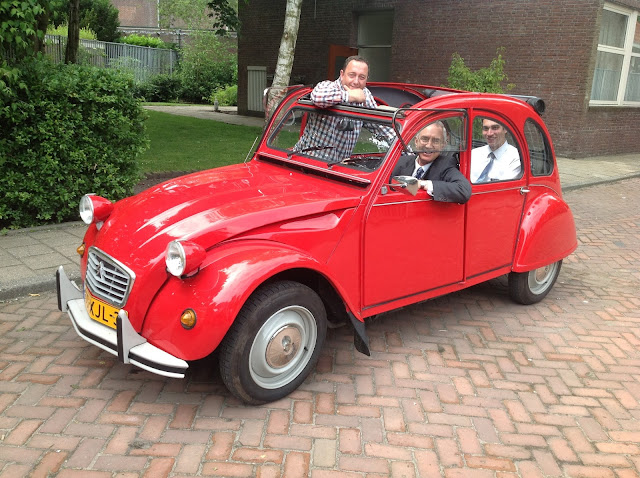 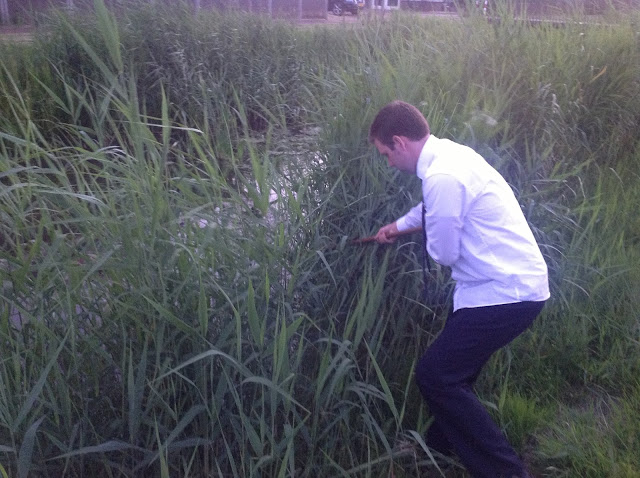 On the evening of July 9, 2013, after a meeting with President Oddens, the missionaries, President Robinson and President Oddens decided to go throw the football for a quick break.  WELL....in the canal it went. 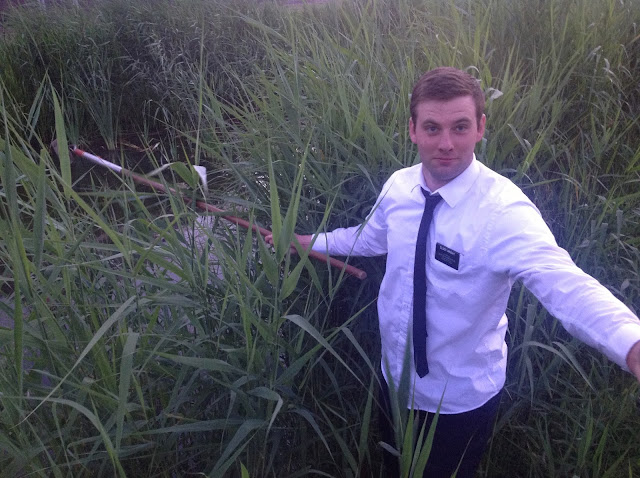 Elder Wright can't get it!! 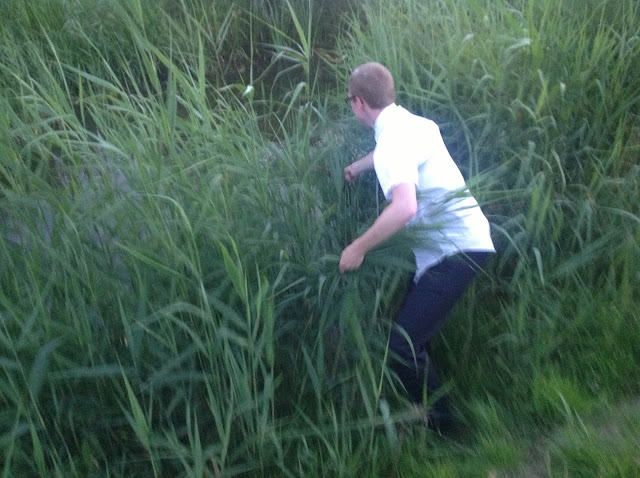 Go for it Elder Burton! 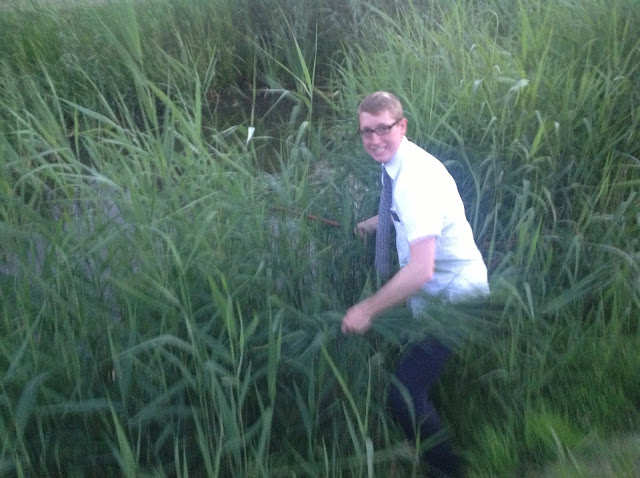 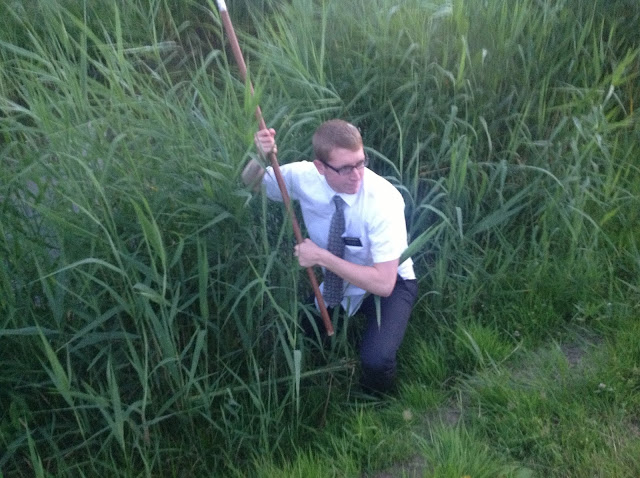 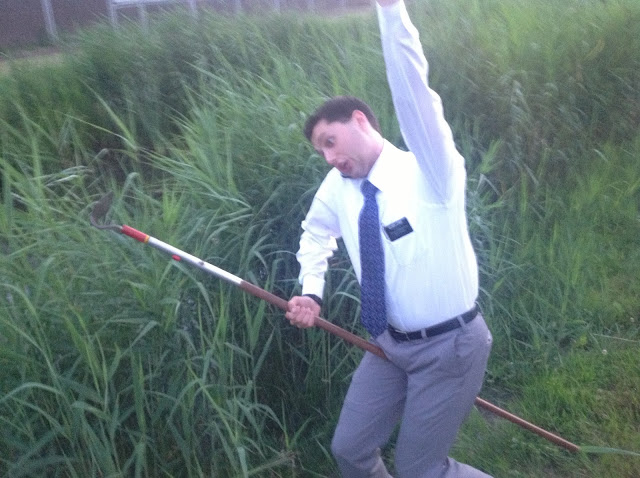 We are not sure if it is wise to let Elder Lewis try getting the ball out of the canal.  We may be retrieving a missionary! 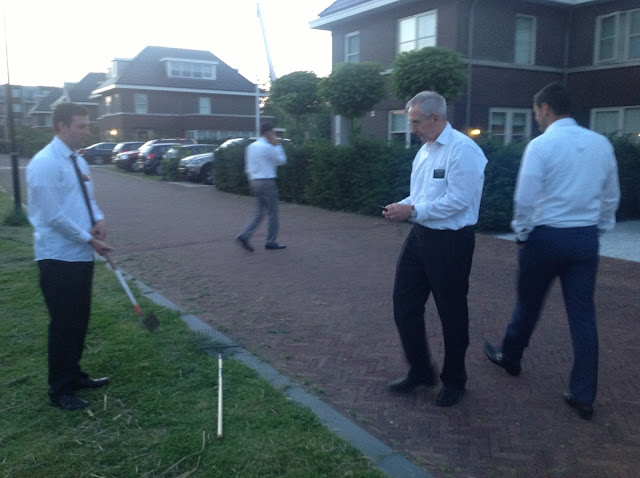 President, in the meantime, has gone for tools and wire.  Something a rancher would do. 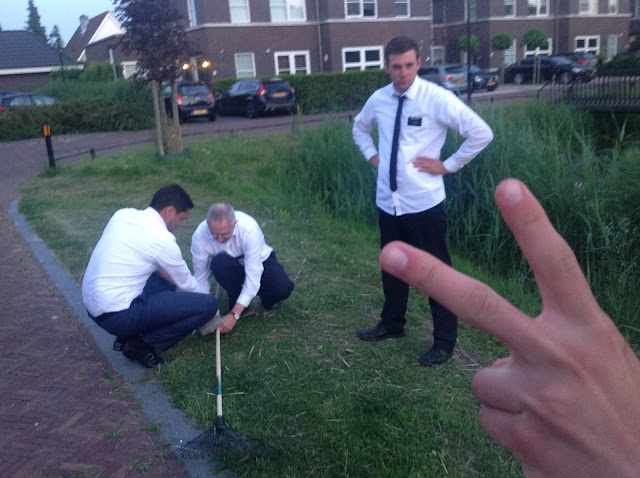 President Robinson and President Oddens solve the problem.  Yes, victory is in sight. 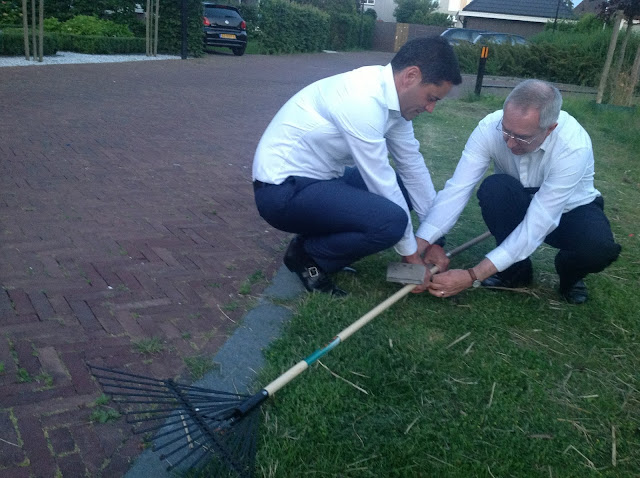 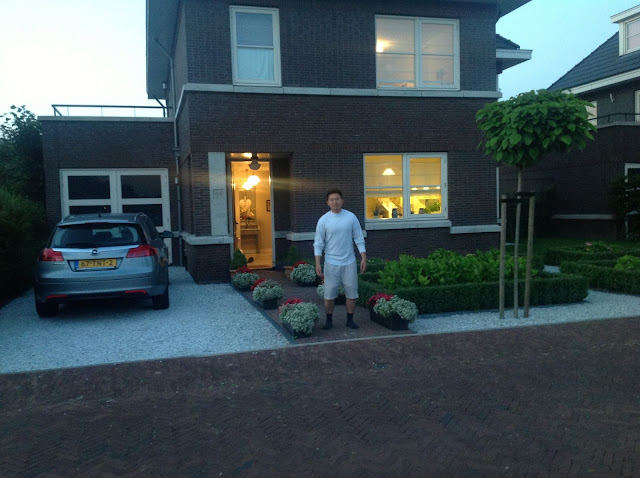 The cost of a little wire, the ingenuity of two Presidents, and the video of Elder Wright being held by the belt as he retrieves the football---PRICELESS!

On July 17, 2013 were had a dinner invitation with
Brother and Sister Wilfrie Decoo from the Antwerpen Ward.  Brother Decoo has taught part of the year at BYU in Provo and part of the year at University of Antwerpen.  President Robinson served in Antwerpen in 1970 as a Zone Leader, at that time, Brother Decoo served as Branch President.  It was an unforgettable pleasure for President to renew their acquaintance and for me to meet and make the acquaintance of Brother and Sister Decoo.  The hours slipped quickly past as we visited and
share memories, thoughts and testimonies
of the Gospel of Jesus Christ. They are remarkable people. 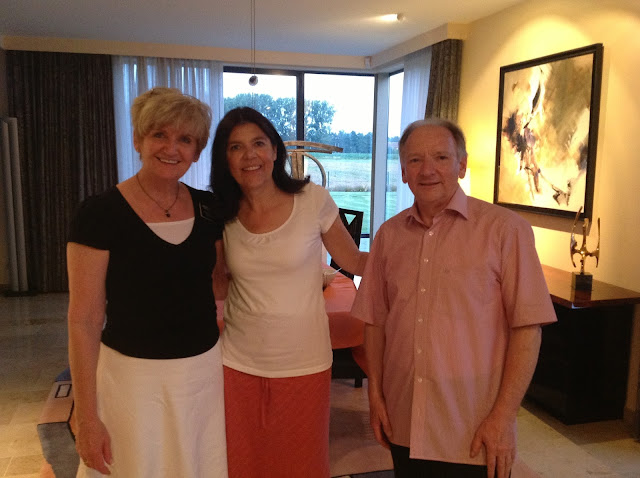 On July 20, 2013 Sister Jones--now known as Jen Jones-- came with her family to visit with us at the Mission Home.  It was so delightful to met and get to know her family.  It is always great to meet parents.  Jen's family is just as great as she it herself.  It was hard to say goodbye this time, we have now idea when were will see each other again.  Thank you for taking time to spend with President and me. 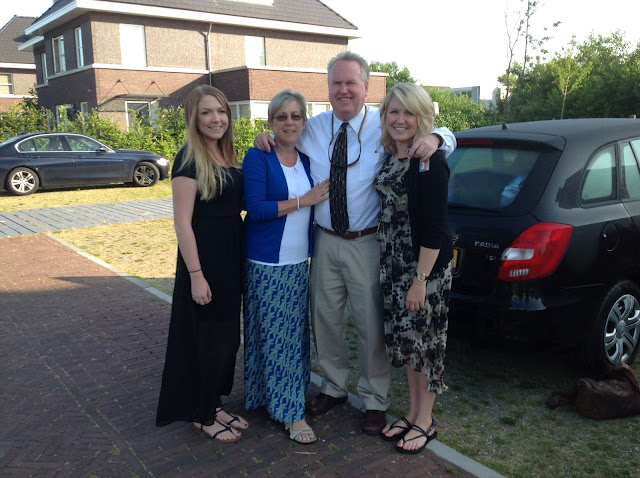 Thank you for the gift of your daughter as a missionary.  She was outstanding! She left such a great impact on this mission--we love and miss her.

Posted by Zuster Robinson at 5:14 PM