On Sunday, July 6, 2014 Ethlyn Richardson was baptized in the Den Haag Ward.

Eighteen months ago President and I, along with Elder Stanley and Elder Gomez, were returning from a baptism in Apeldoorn Zone.  I needed some grocery items from a store for the next day and insisted we stop to shop even though is was evening and the Elders still had to get home.  I went to quickly get the items I was in need of and left President with the Elders to take care of themselves for a while.  When I was done shopping and ready to checkout, I went in search of the missing missionaries.  I found the three of them in the fish department taking to a women and getting an address and phone number so the Elders could make an appointment.  Then we left.

Now, the story from President's perspective.  President went to show the Elders all the fresh fish in the fist department of the store.  They were contacting a few of the people, doing what missionaries do.  A lady walked out and asked them what they were doing.  They did their 'missionary contacting' with her.  She was interested and agreed to an appointment.

Now, the story from the Ethlyn's perspective.  Her co-workers were watching 'those people' out there bothering customers.  Her co-workers asked her to go out and ask them to leave the store.  She agreed, so she went out to find out who they were and what they were doing.  She was interested in what they were saying, so she gave the missionaries her
name, address and phone number.

Well, 18 months later and many, many great, diligent, loving and persistent missionaries later (both Elders and Sisters), Sister Ethlyn Richardson was baptized. That's what happens when you are sent out to get rid of the missionaries! 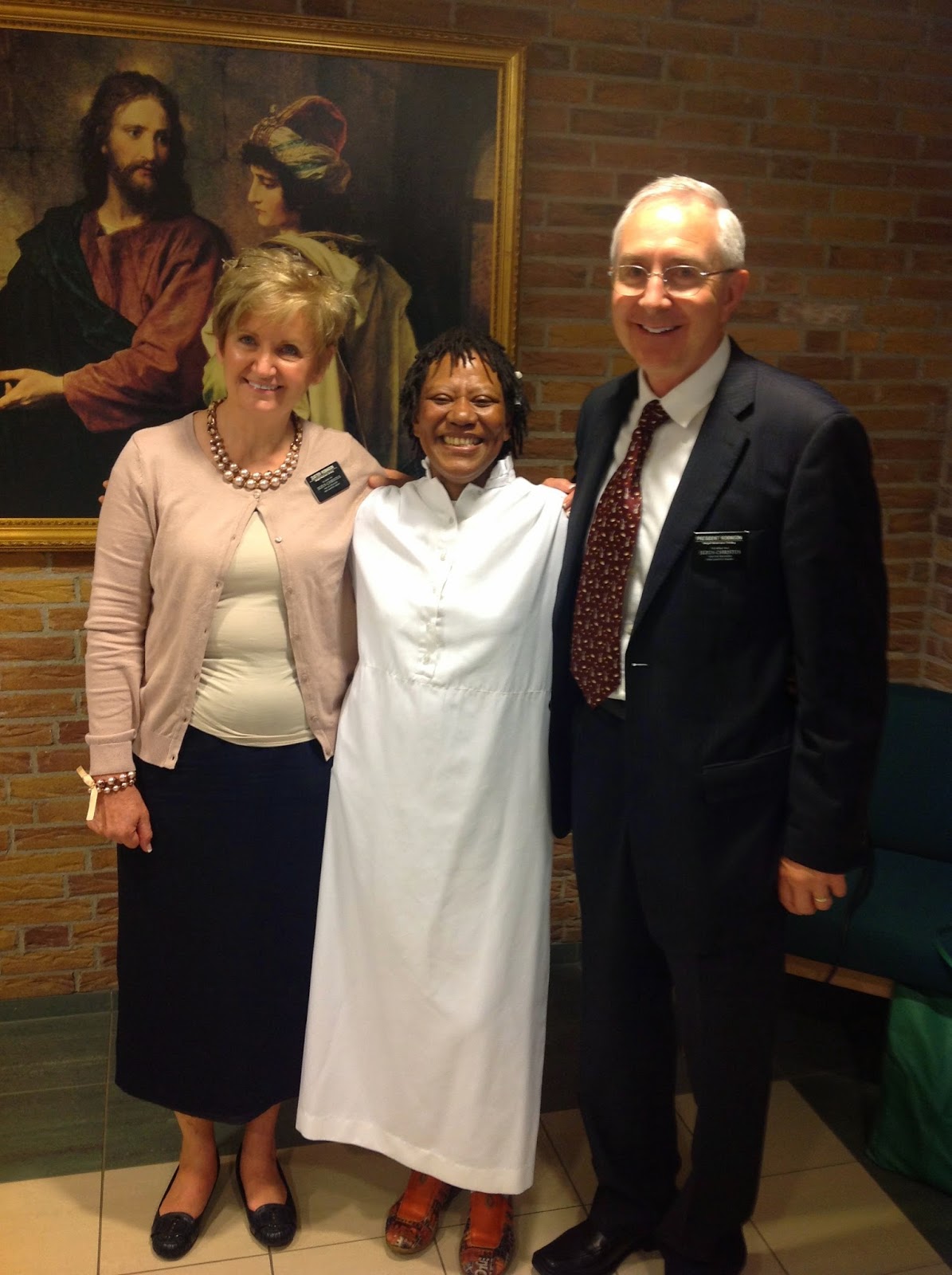 Congratulations Ethlyn, we love you!!

Posted by Zuster Robinson at 10:18 PM