P-Day in Brussels and Waterloo

On June 3, 2013 we traveled to Belgium to have a great P-Day with the Antwerpen Zone.  Not everyone could make it, but most missionaries did and it turned out great!  Thanks Elder Ombach for your invitation and for planning the day.  First, we met at the Brussels Train Station and took a walking tour of Brussels, ending up in the beautiful centrum.  We loaded back on the train and headed to Waterloo.  We walked and walked and walked.  I felt like we should have sang, "Pioneer children sang as they walked, and walked and walked...." 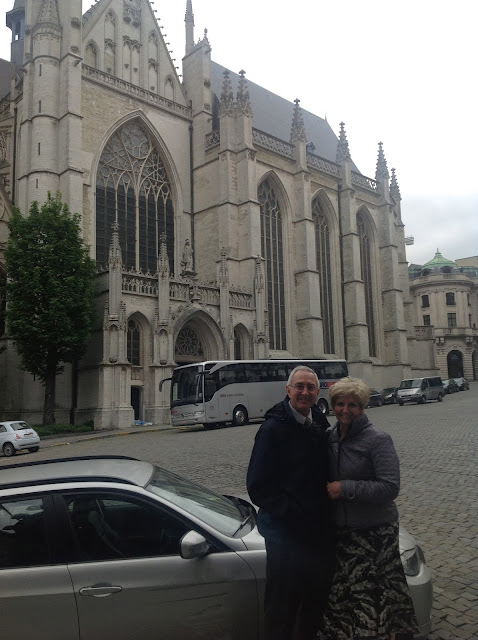 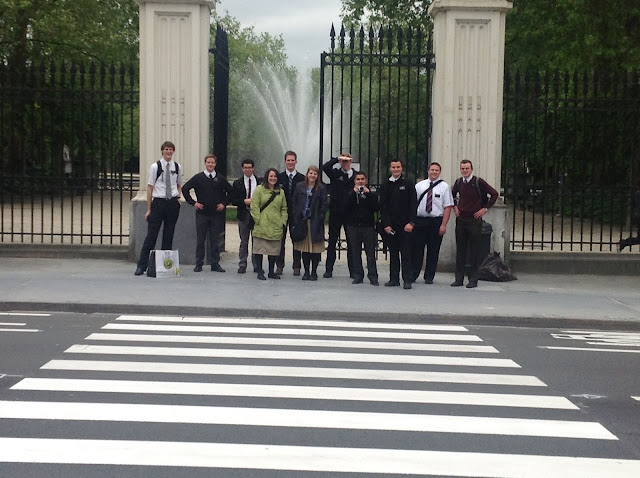 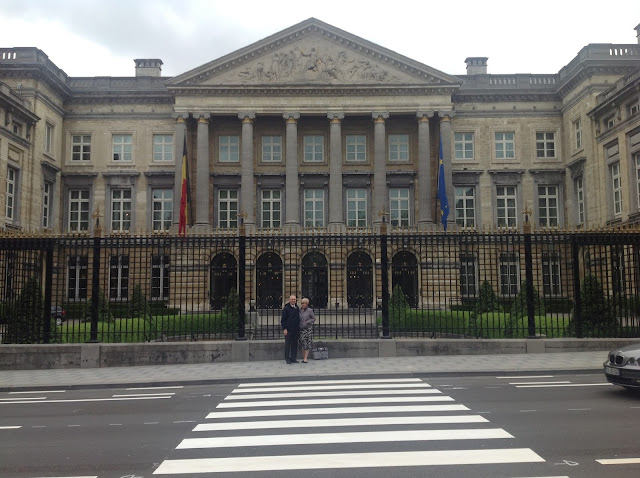 Yes, that's President and I alone on the other side of the street! 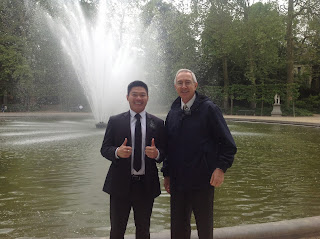 Elder Li and President at the Park in Brussels 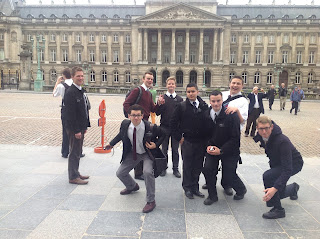 It doesn't pay to tell them to 'look this way' to get a picture. 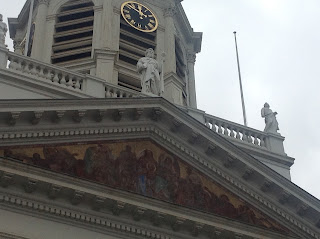 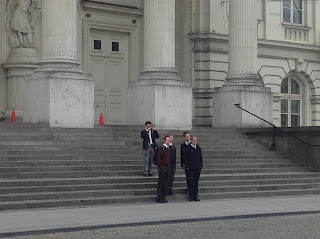 You just have to take a picture when they aren't looking! 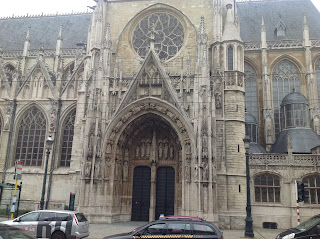 The whole city is filled with amazing buildings. 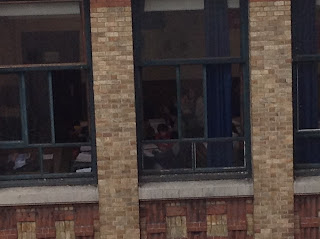 It is rather hard to see, but this is a school.  They were busy writing and I saw teachers up in front of their classrooms teaching---aahh!  In the middle window, on the left side you can see a boy in a red shirt or jacket.  He started watching us.  So, I waved to him and, he turned to see if the teacher was looking, and then smiled and waived back quickly.  Then he got back to work.  What can I say---kids are kids.  I know lots of kids in Fillmore Elementary that would do the very same thing! 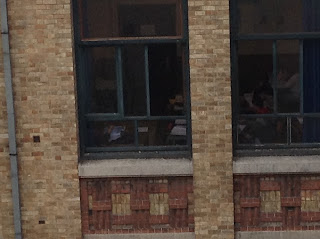 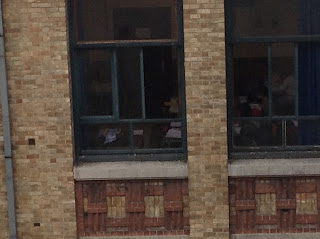 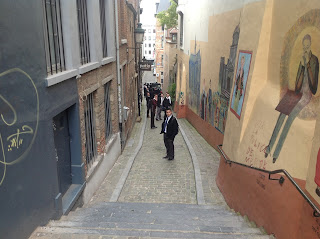 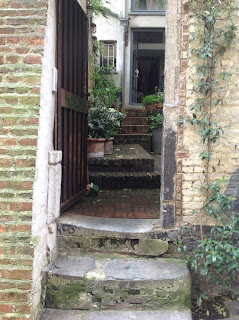 As we waked down the alley, I notice a gate open, so I stopped and took a picture of a front courtyard and the front door open to their home.  This is pure European! 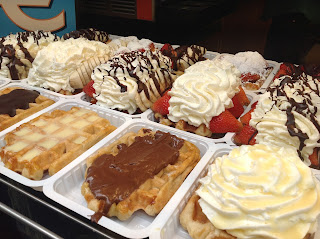 Belgium Waffles are not just a sales gimmick, they really exist.  They are covered with things my mother would have never allowed on my waffle.  True, I would not have allowed them on my children's waffle either.  Things like white chocolate, dark Belgium chocolate, ice cream and whipped cream and strawberries.  They look and taste better than the picture shows. 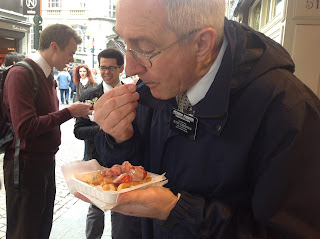 President enjoys white chocolate and strawberries on his Belgium Waffle. 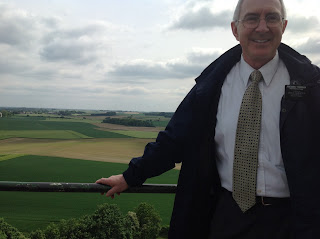 Posted by Zuster Robinson at 6:24 PM