Elder Culkins and Elder Guanuna are two Elders I wish we could have kept until we go home in 2015. They were among the first Elders we met when we came in July.

Elder Culkins was serving as the legality Elder in the Mission office and he was so key in helping us get our feet under us as a 'greenie' Mission President.  He was always kind, patient and excited to serve.  He later served as a Zone Leader in Apeldoor and did a fantastic job.  Thank you, Elder Culkins!  The morning we left for the airport was the day before Zone Leaders Council at the Mission Home, so Elder Culkins wrote a personal message on post it's and put one on every chair for his fellow Zone Leaders the next day.  Elder Culkins--not one note was left behind when the Elders departed on Friday.  They love you and missed you--wij oog!

Elder Guanuna was serving as a Zone Leader in Den Haag when we arrived with Elder Bickham.  President was so anxious to get to work, we called these Zone Leaders and asked to go on joint teach the second day we were here.  And, sure enough, we not only joined them for that evening, we went on several joint teaches with them.  I remember one day with Elder Guanuna doing look up and knocking doors in Den Haag and Scheveningen.  Elder Guanuna is absolute one of the best when it comes to street contacting and finding.  I marveled at how at ease he was and how much he enjoyed it.  Many missionaries find this difficult, not Elder Guanuna.  And he always had a smile to go with his charm!  We will miss that smile.  We love you. 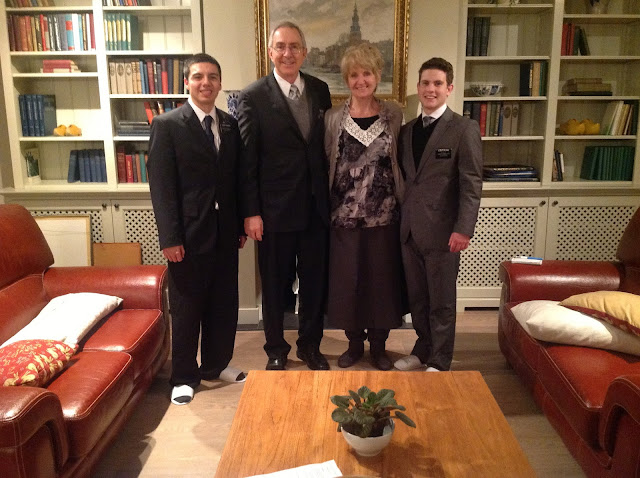 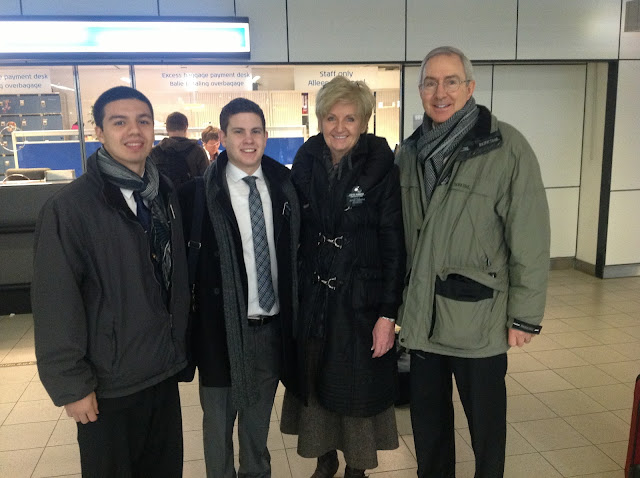 Elders, we love you and know your future will be just as successful as was your mission experience. Remember, the mission was only 'training wheels' and they are now off.  Now the real deal, on to life!!  Make your future bright and, as President says, "Be Men"!
Posted by Zuster Robinson at 3:33 PM