On January 8, 2013, we greeted our newest Missionary, Elder Rosendaal, into the Mission.  Elder Rosendaal is from Almere, Den Haag Stake.  We are very pleased to have him serving in his country and in Belgium.  He spent three weeks in the MTC in Provo for English and Preach My Gospel Training before arriving for full time service. 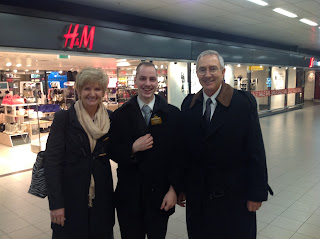 Sister Robinson, Elder Rosendaal, President Robinson
Elder Rosendaal is literally just as happy and excited as he is in this picture! 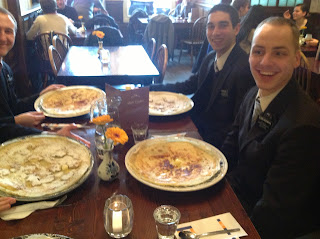 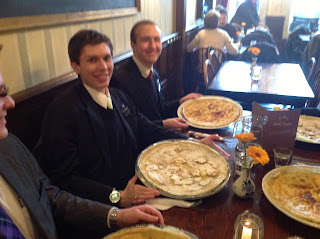 Elder Cundick, Elder Mower (Elder Mower will be a third companion with Elder Burgess and Elder Rosendaal until transfers on January 16) 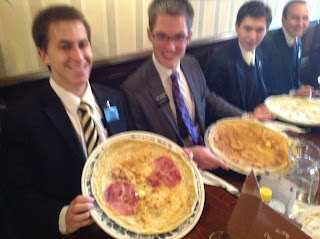 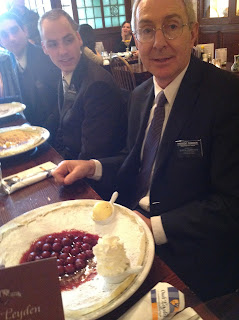 Elder Rosendaal was serving a mini-mission for two week in the Belgium Netherlands  Mission when we first arrived.  He knows the work and is excited to be part of it.  His goal is to double baptisms!
Posted by Zuster Robinson at 2:39 PM