On January 15, 2013, we woke up to one of the biggest snowfalls our missionaries have experienced while here.  Of course, it was the day to drive to Schiphol Airport to pick up Elder Endicott coming in from the Provo MTC.  We were very relieved when we found out that his flight would be 70 minutes later than scheduled.  That gave us time to navigate through snow and traffic to get there in time to meet him.  It was a late arrival, but all was well. 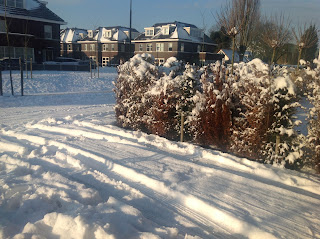 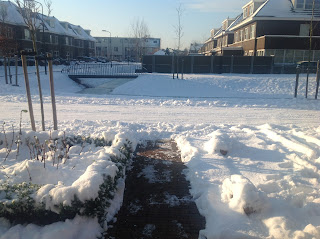 Thank you Elder K. Hansen for shoveling my sidewalk this morning! 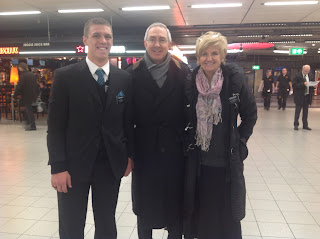 And, of course, after President's interview, and the legal and paperwork are completed, off for pannie kooken at Oude Leiden. 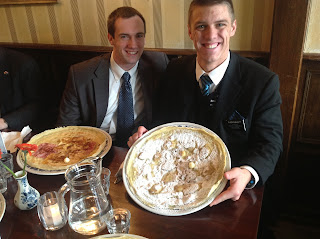 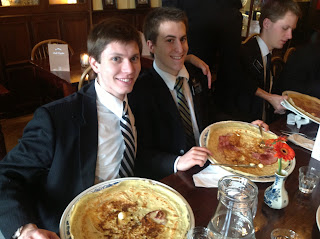 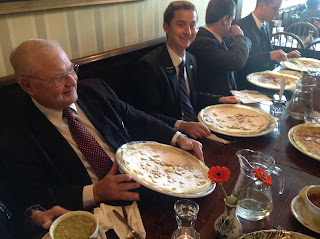 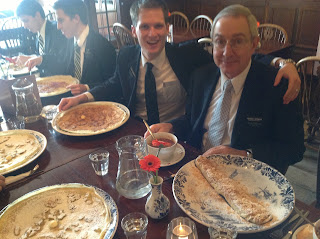 Elder Andrews, President Robinson, who decided
to have soup today because of the cold and snow! 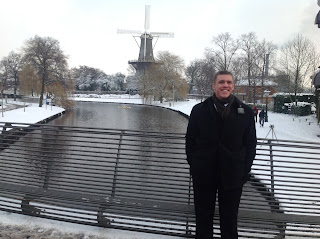 It is true, he is here in the land of canals and windmills. 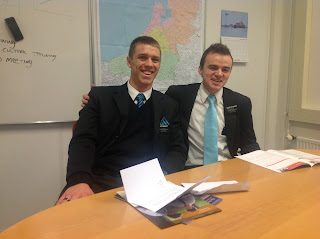 Welcome Elder Endicott.  We love you and look forward to the coming months to serve with you as we all serve the Lord!
Posted by Zuster Robinson at 3:08 PM