On General Conference Sunday, October 7, 2012, we made a quick pick up of missionaries at Schipol Airport.  At 7:10 AM we met and fell in love with Elder and Sister Kruizingas from Australia. 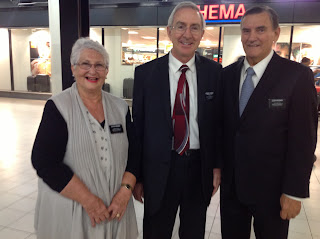 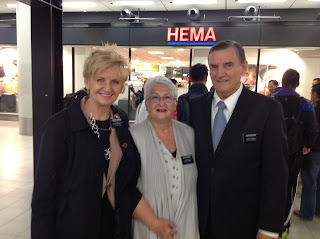 Elder Kruizinga was born and raised in Groningen and moved to Australia when he was 20 years old.  Sister Kruizinga is originally from Australia.  When they walked through the arrival gate, Elder Kruizinga walked up to President, gave him a hug, and in tears said, "We are suppose to be here!"  And we agree, they are suppose to be here.  They went to General Conference with us in Den Haag Chapel and stayed in the Mission Home that evening.  On Monday, they had a car, phone and an apartment.  They are helping and supporting the Young Single Adult Group in Eindhoven.  Everyone is thrilled to have the Kruizingas.  Especially the missionaries in Eindhoven.  Welcome!

Posted by Zuster Robinson at 6:45 PM