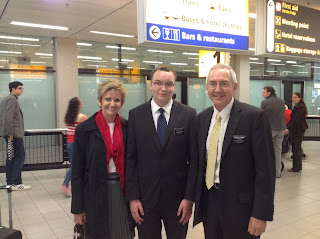 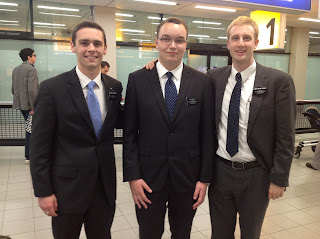 We took Elder Goethal back to the Mission Office and all the paperwork, training, interviewing and tracting we could fit into an afternoon.  They all arrived at the Mission Home later for dinner and sharing of testimonies. 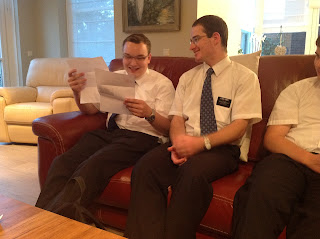 During that time, Elder Goethal's was give a letter with his new assignment. He read the area he was assigned to, was thrilled and then he ask Elder Jones to read the rest of the letter, as it was in English. 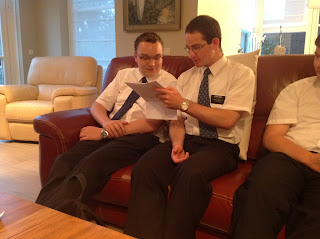 Elder Goethal's will be serving in Leuven, Belgium with Elder Jones as his trainer. 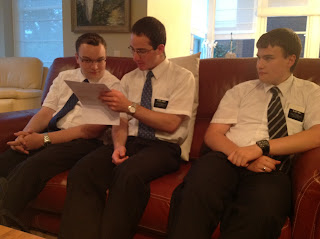 Congratulations and welcome to the best mission on earth, were the best Elder and Sister missionaries serve.
Posted by Zuster Robinson at 7:40 PM