On January 7, 2015 we had a mid-transfer transfer for five missionaries.  Due to several reasons, we had these great missionaries leaving
off of transfer cycle.

These missionaries are remarkable missionaries.  They have served diligently, faithfully, and with great personal sacrifice.  Thank you for your examples of being Disciples of Christ. 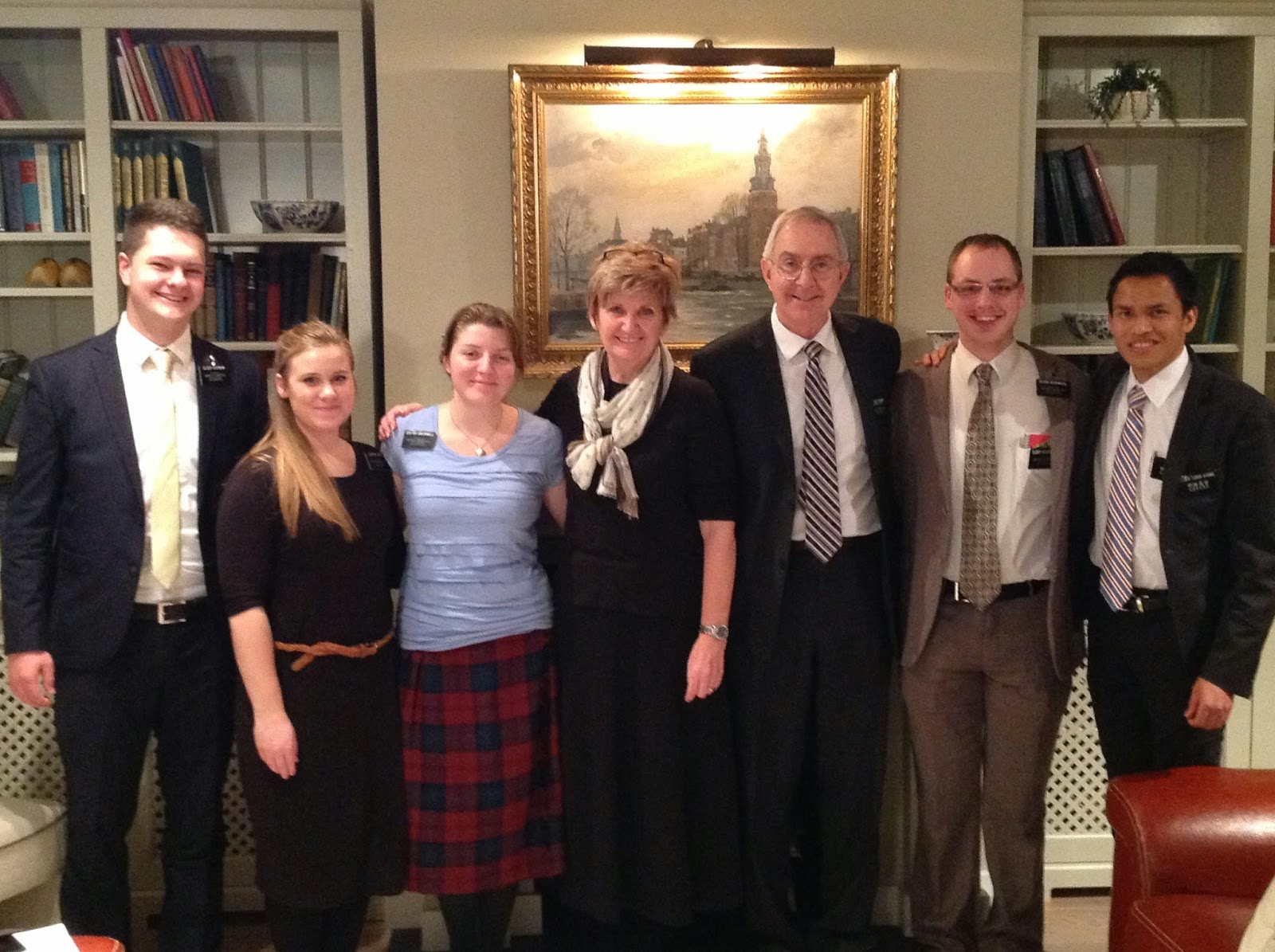 Bright and early the next morning we say goodbye to the Sisters as their flight leaves first. 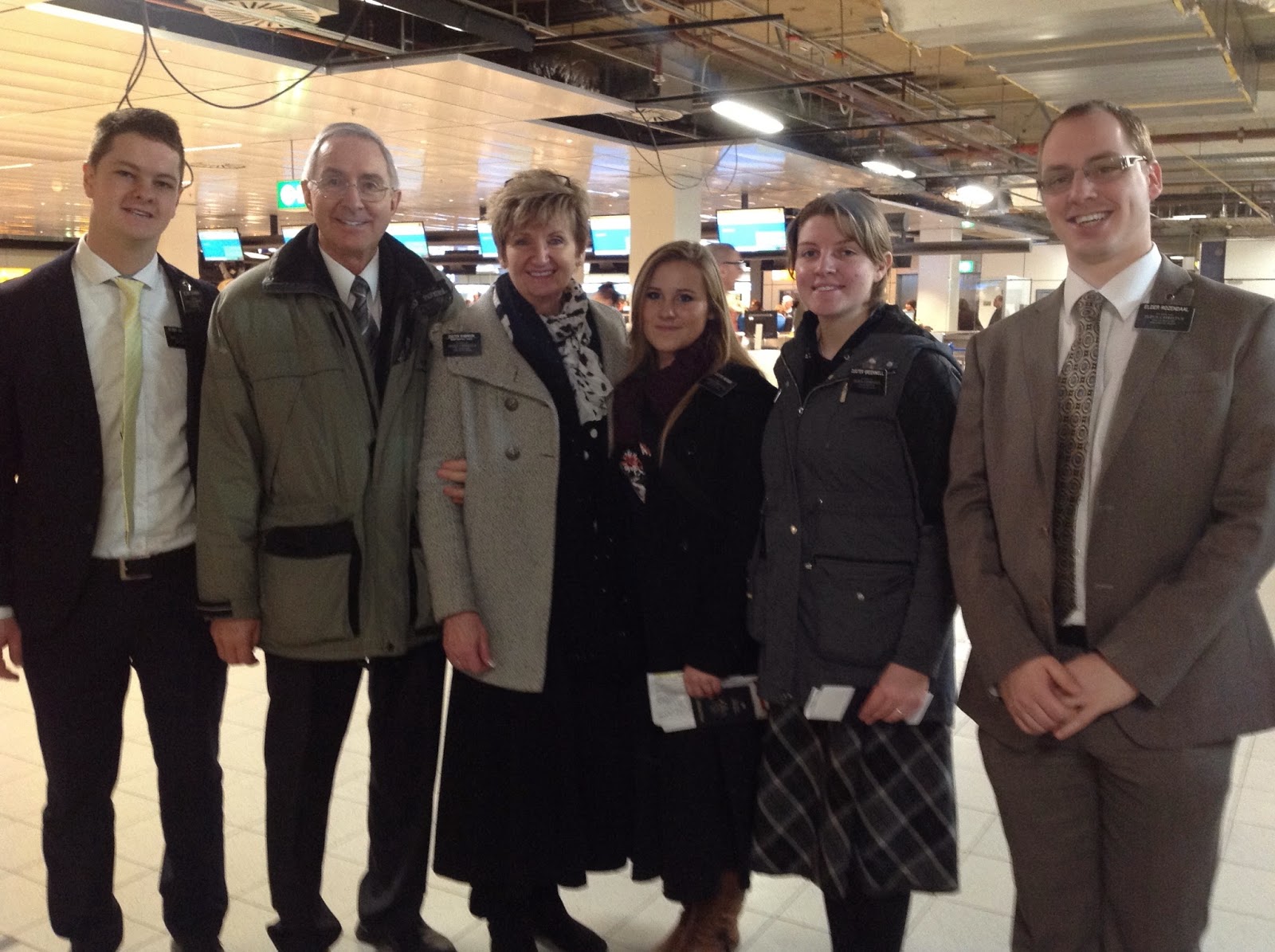 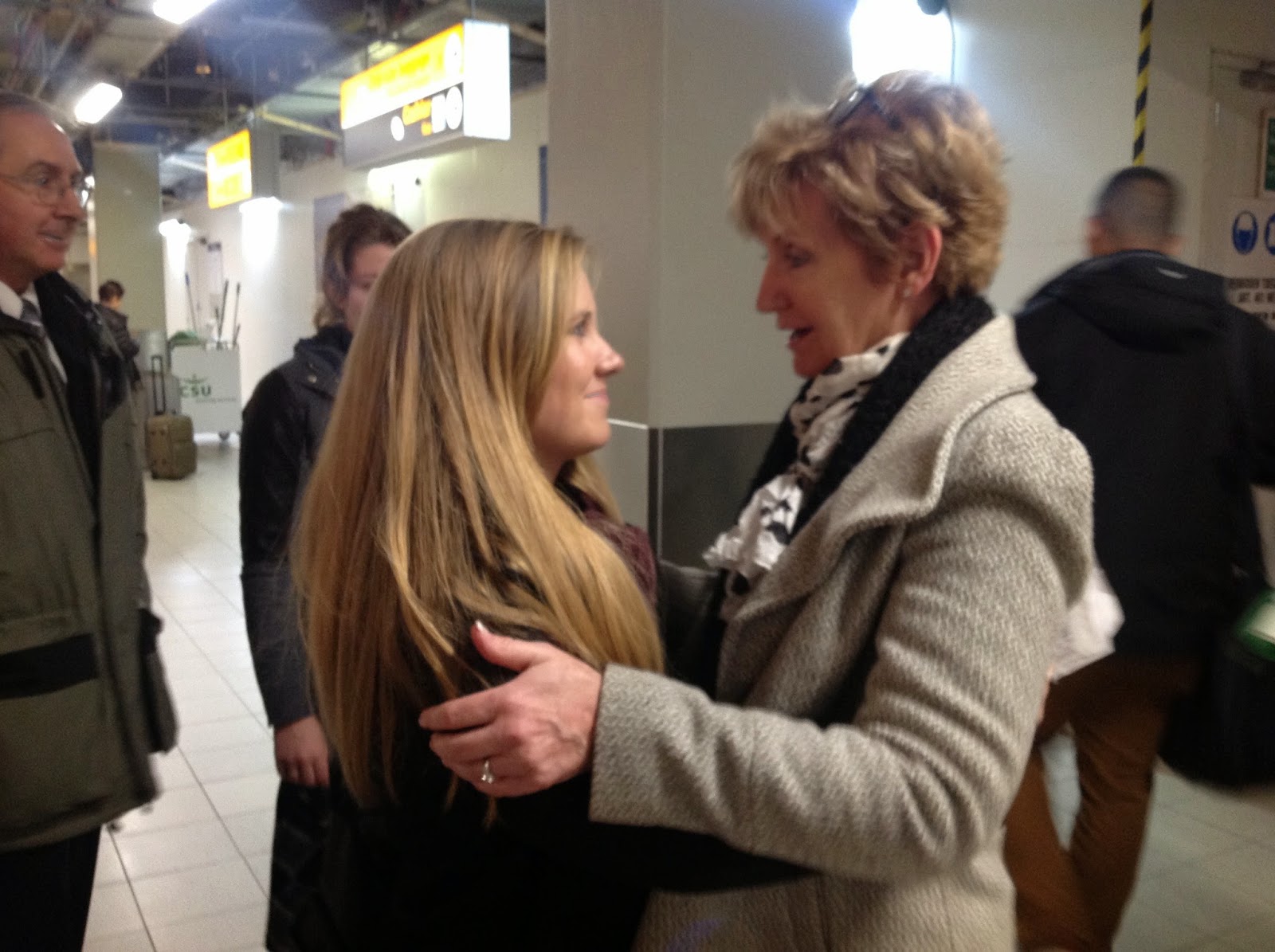 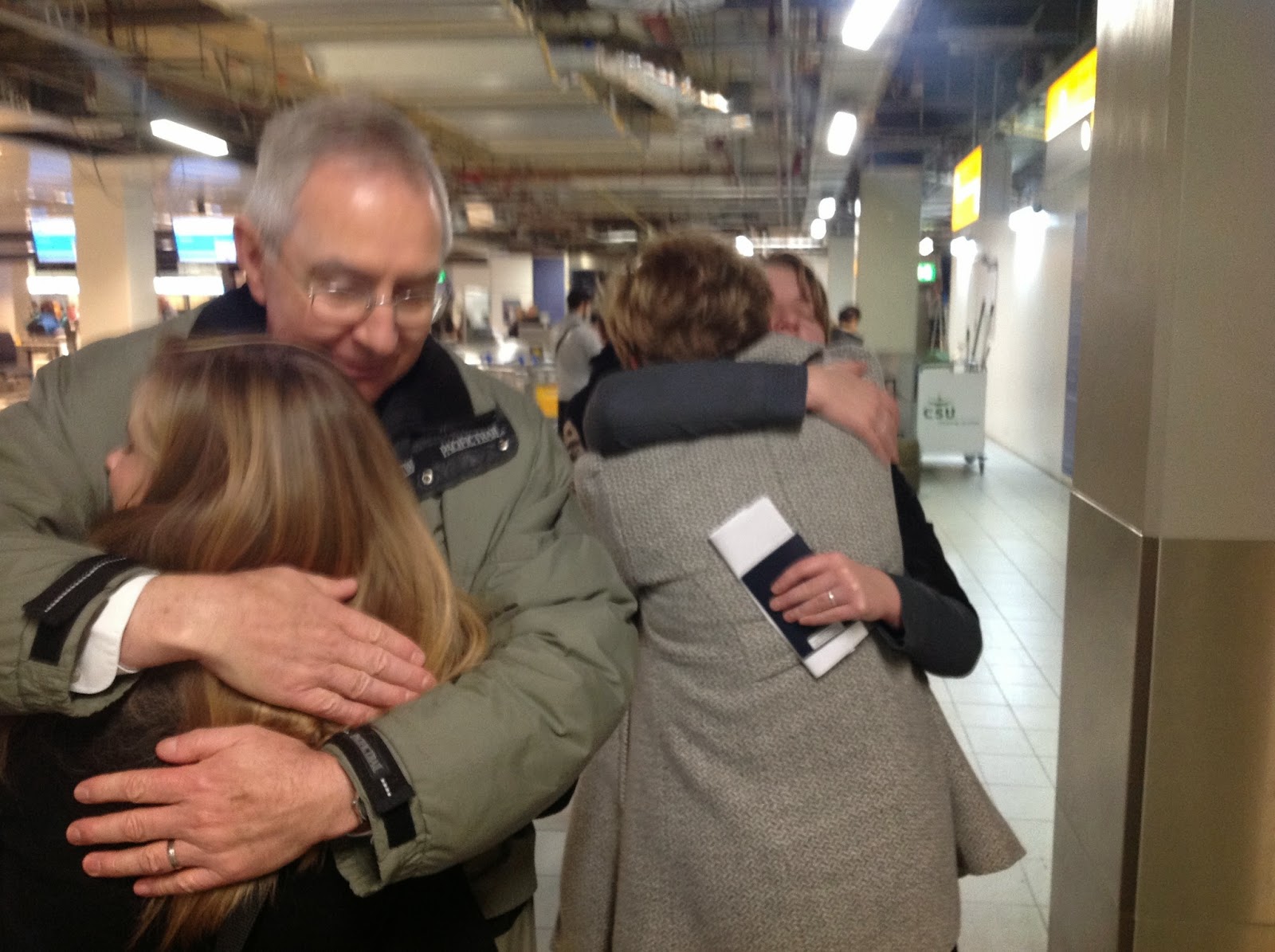 Hard to believe we are saying goodbye to these two great sisters. 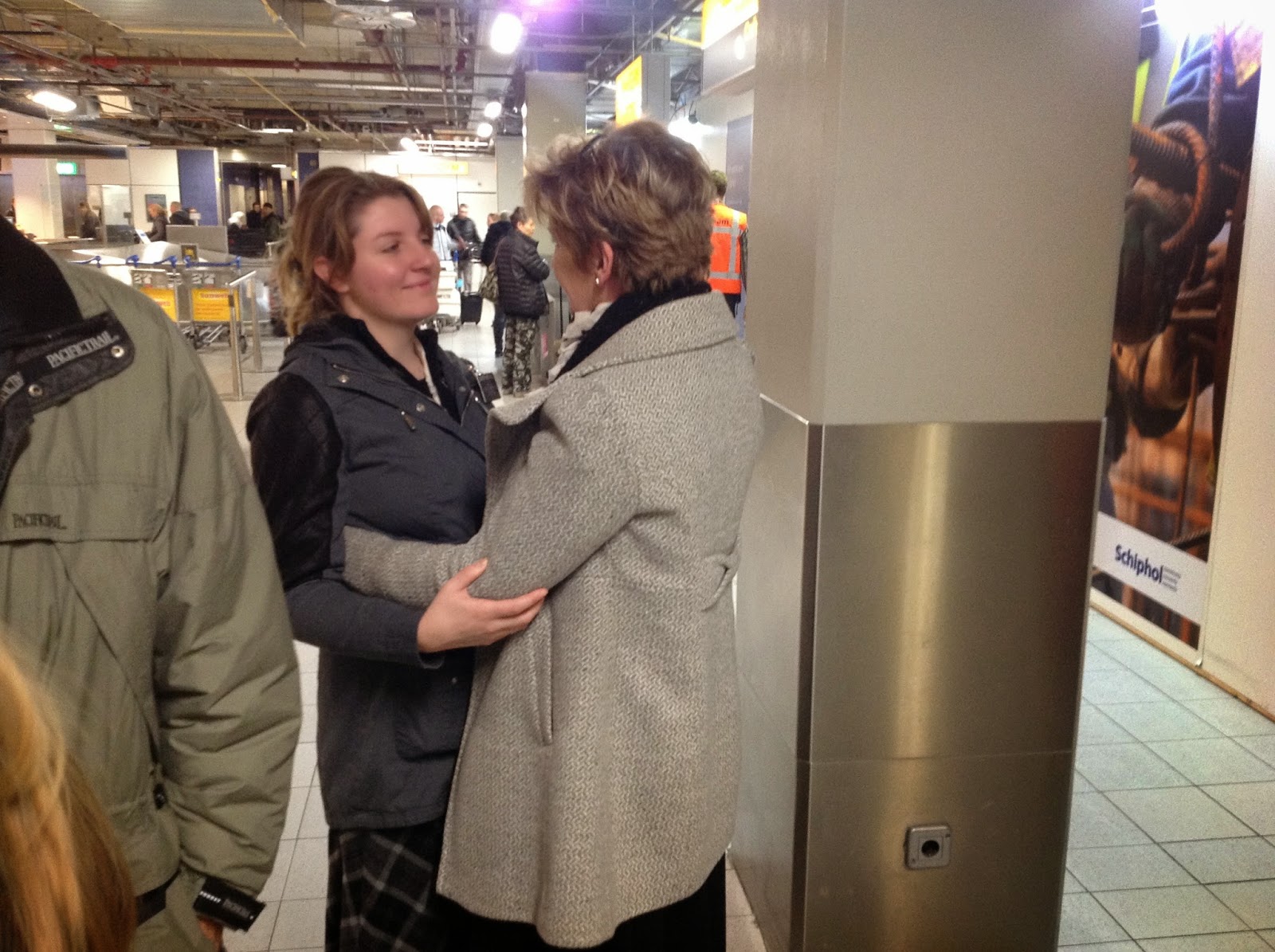 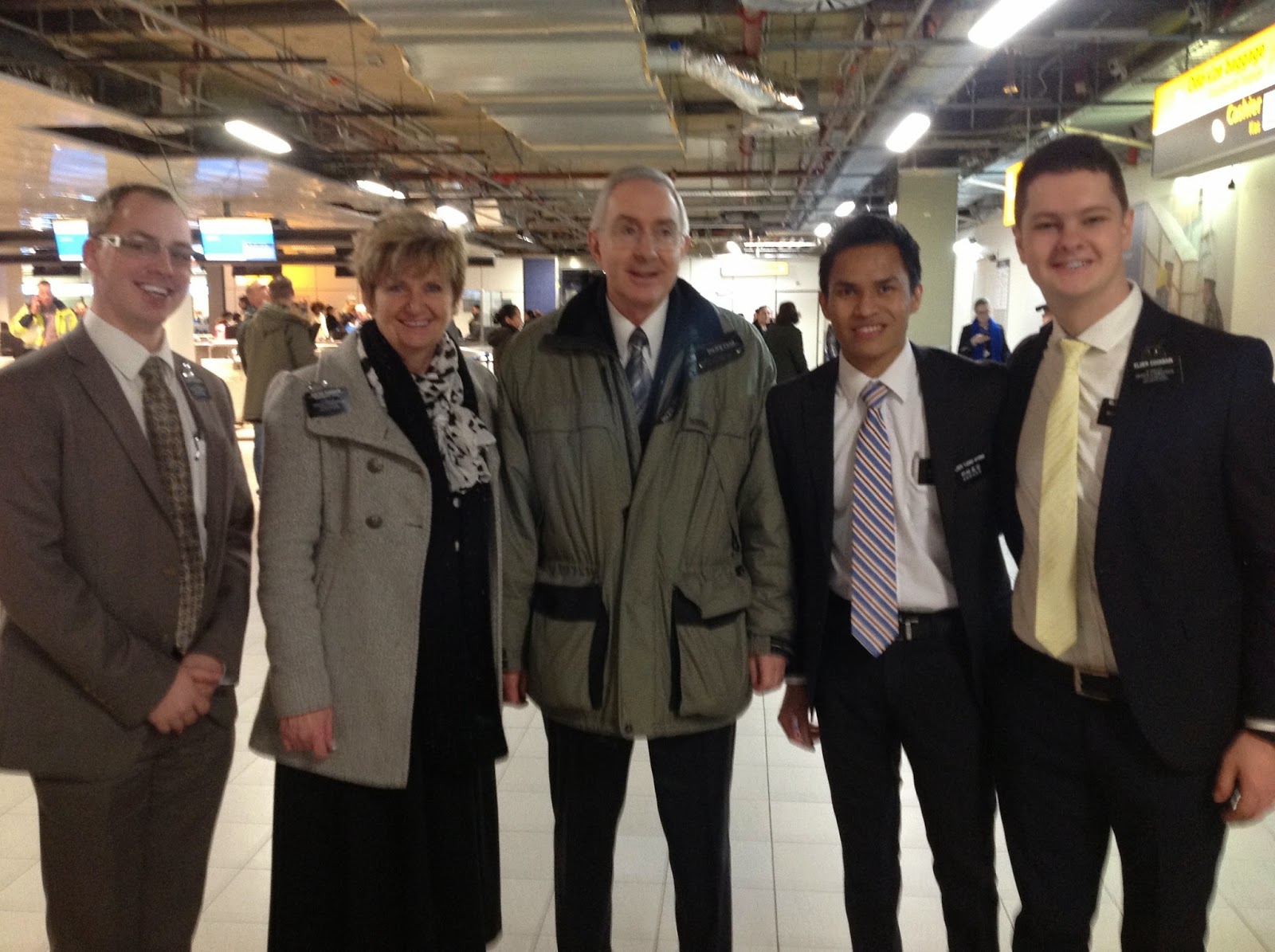 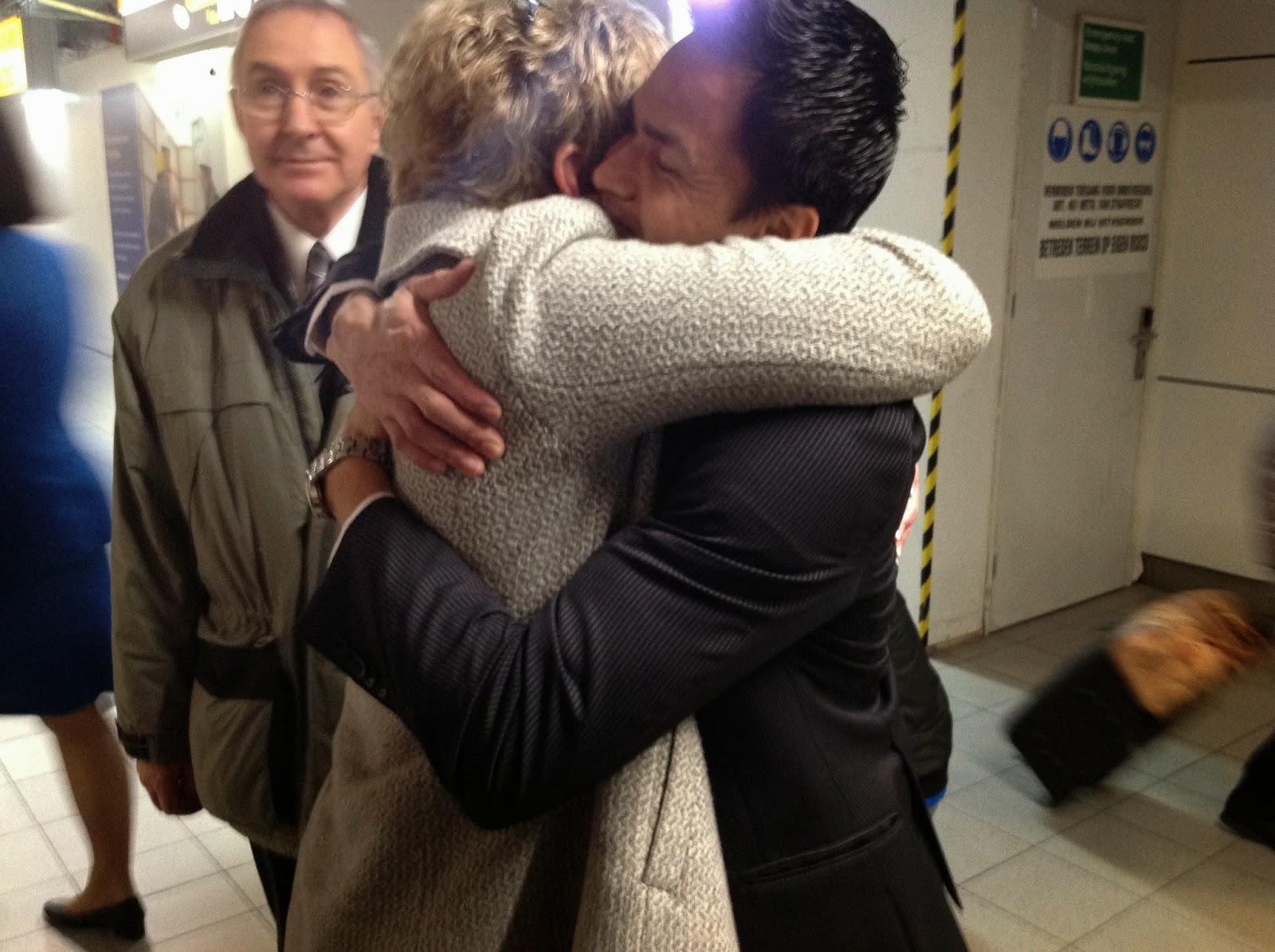 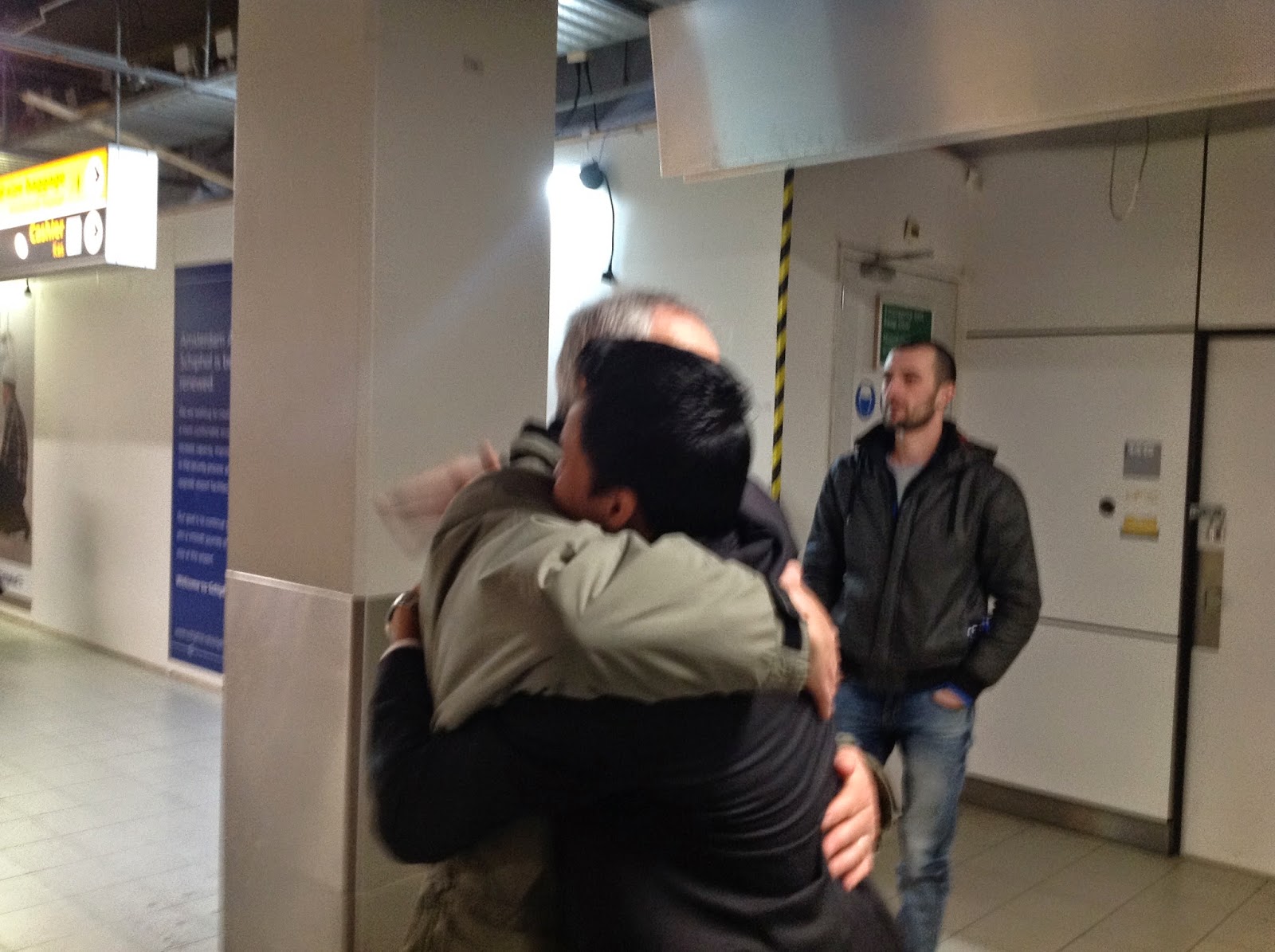 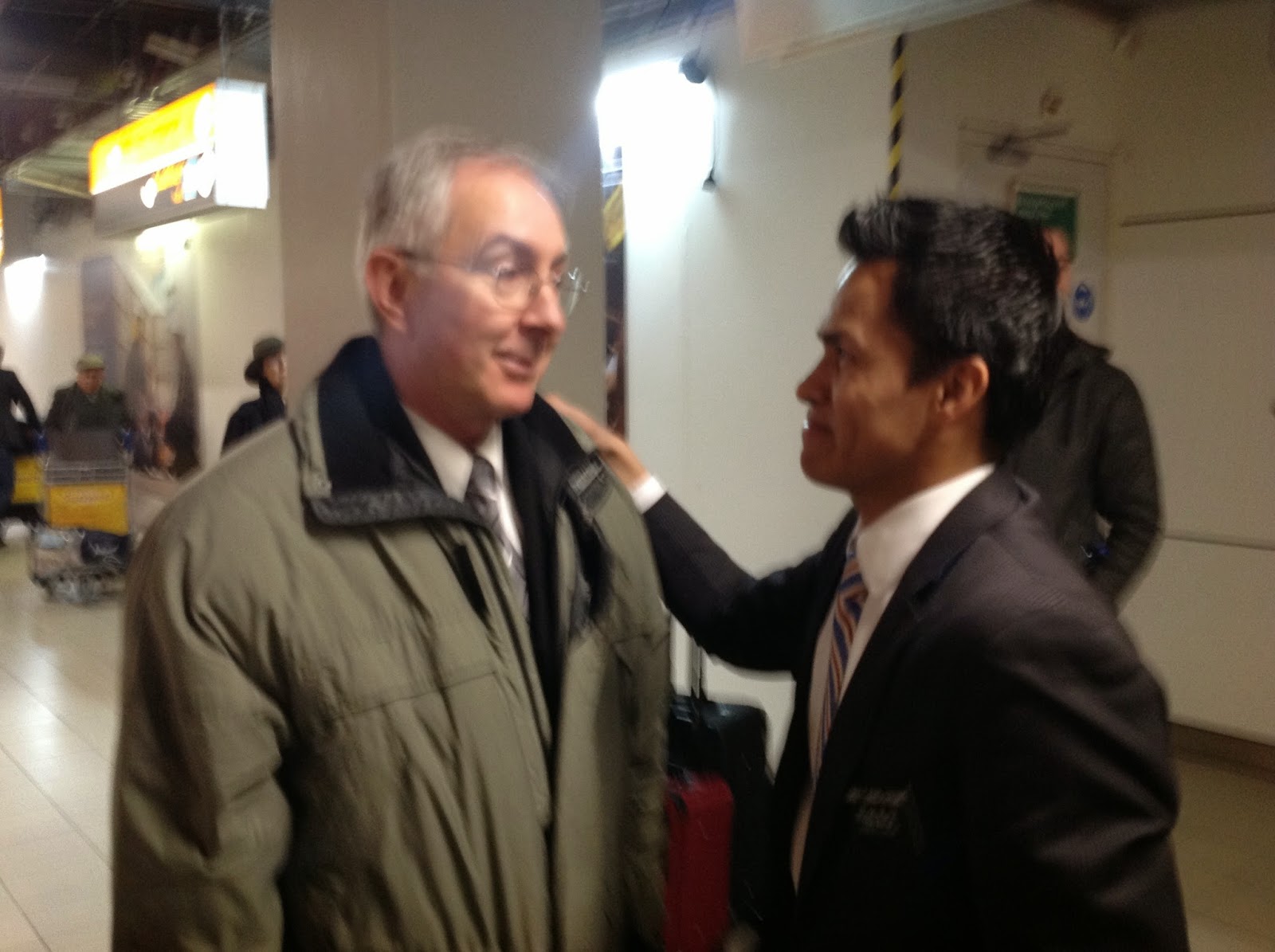 They all have a great love for President!

Then down to the final gate to bid Elder Cockbain goodbye. 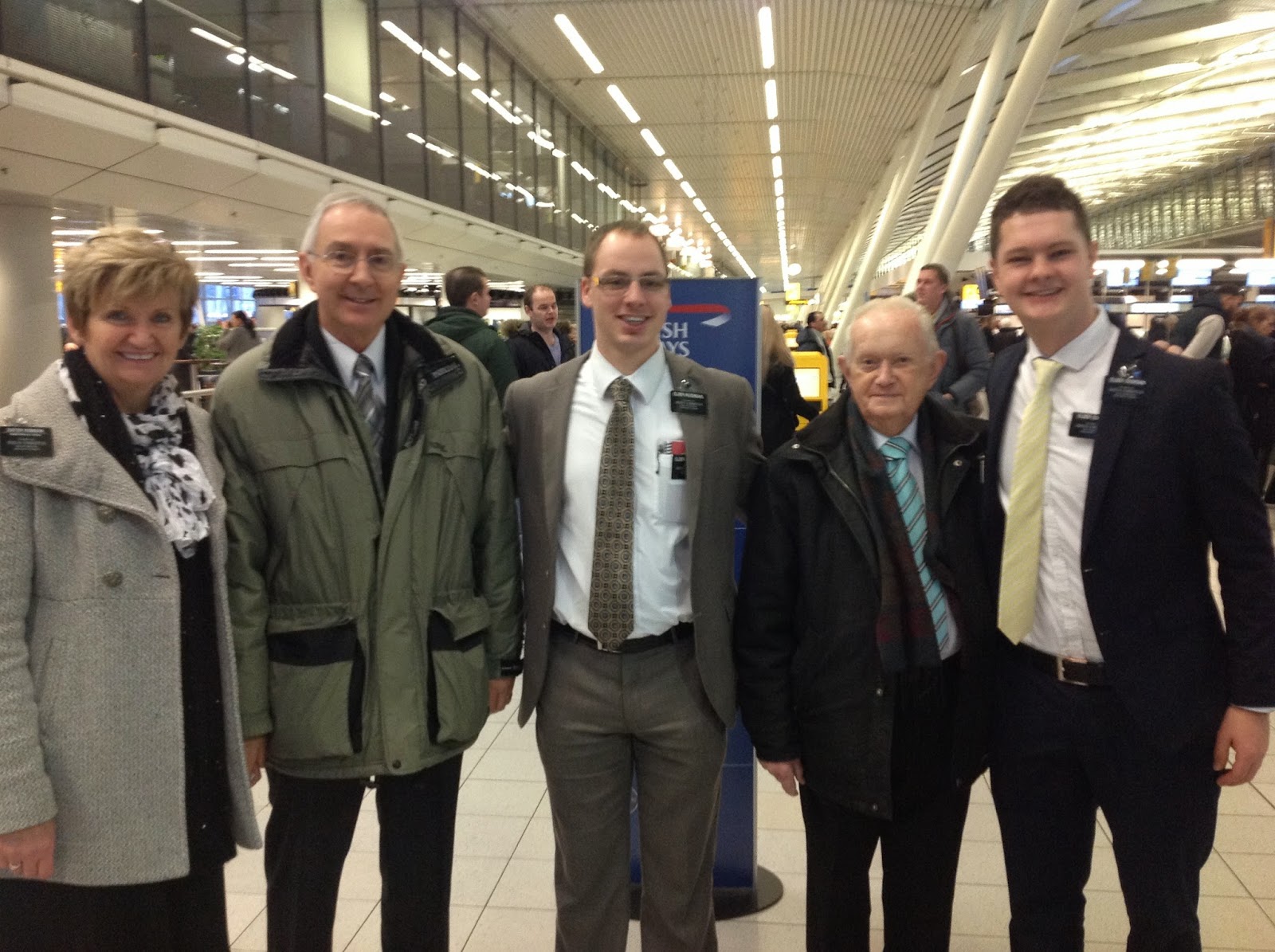 Back to the office to say goodbye to Elder Rozendaal 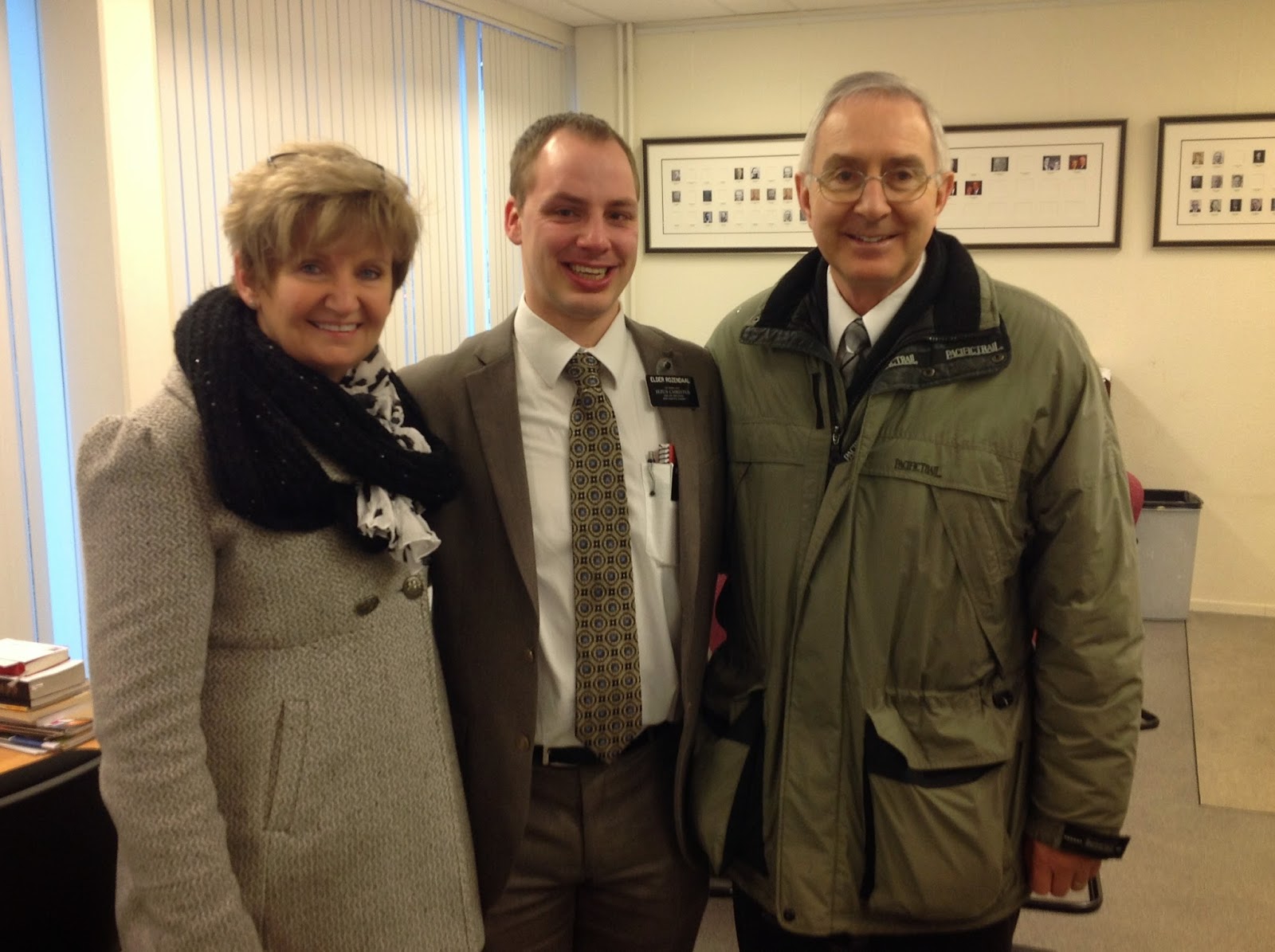 We love you Elder Rozendaal.  You are like a son!

Posted by Zuster Robinson at 8:08 PM