We were never so glad to see two 'lost' missionaries that had been 'found'! 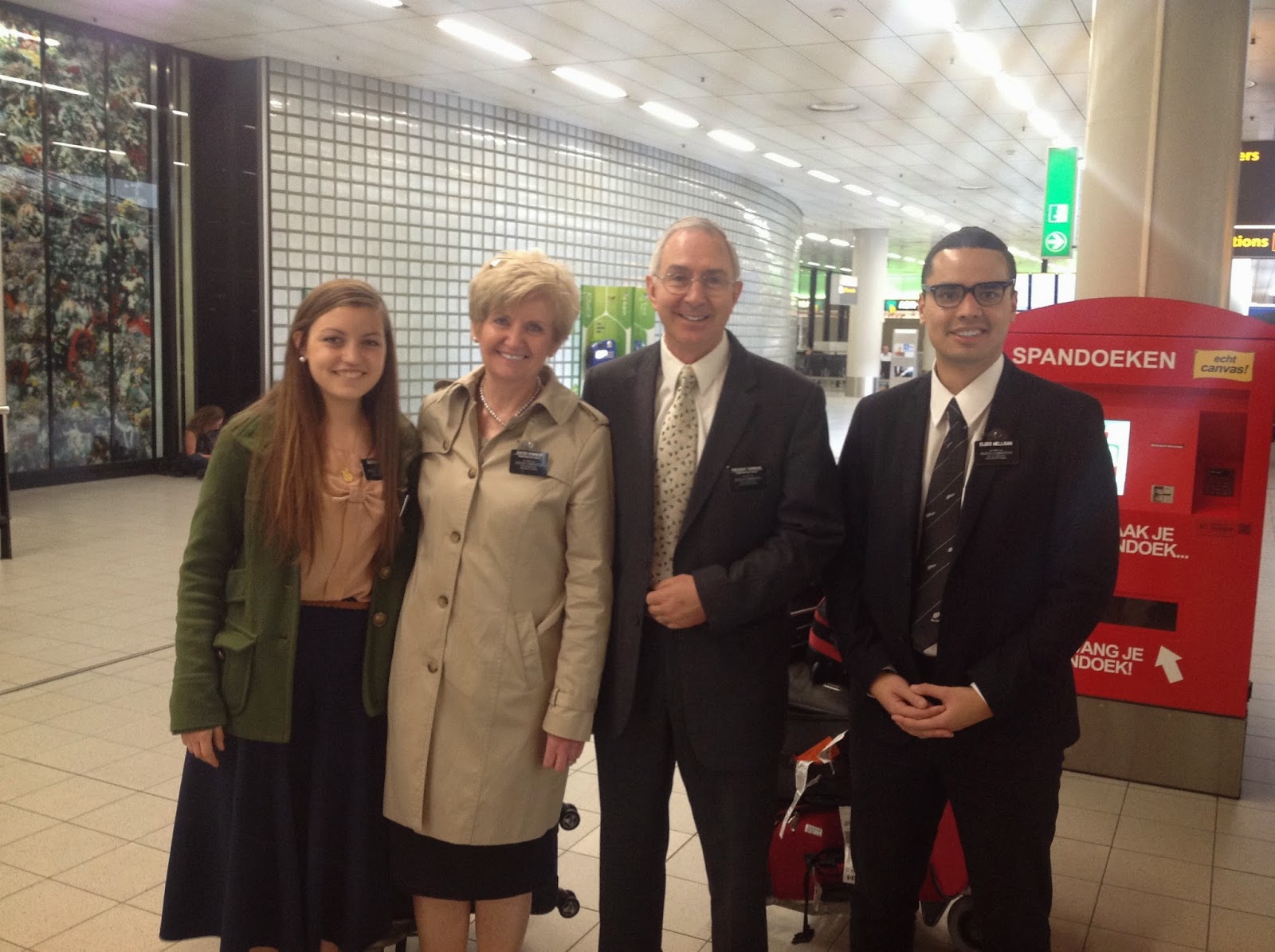 Because of the day delay and the schedule of transfers, their new companions and trainers came with us to the airport. 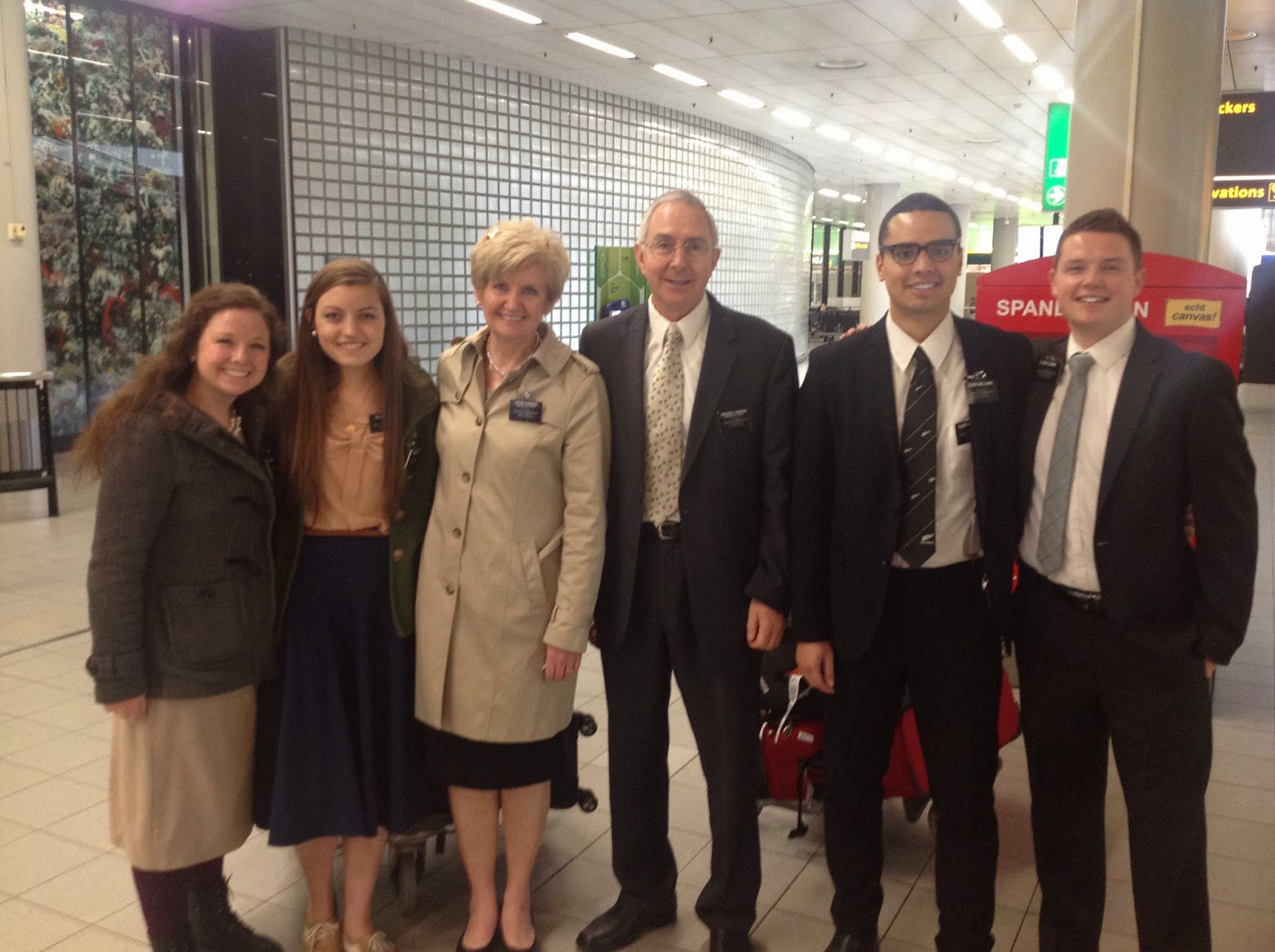 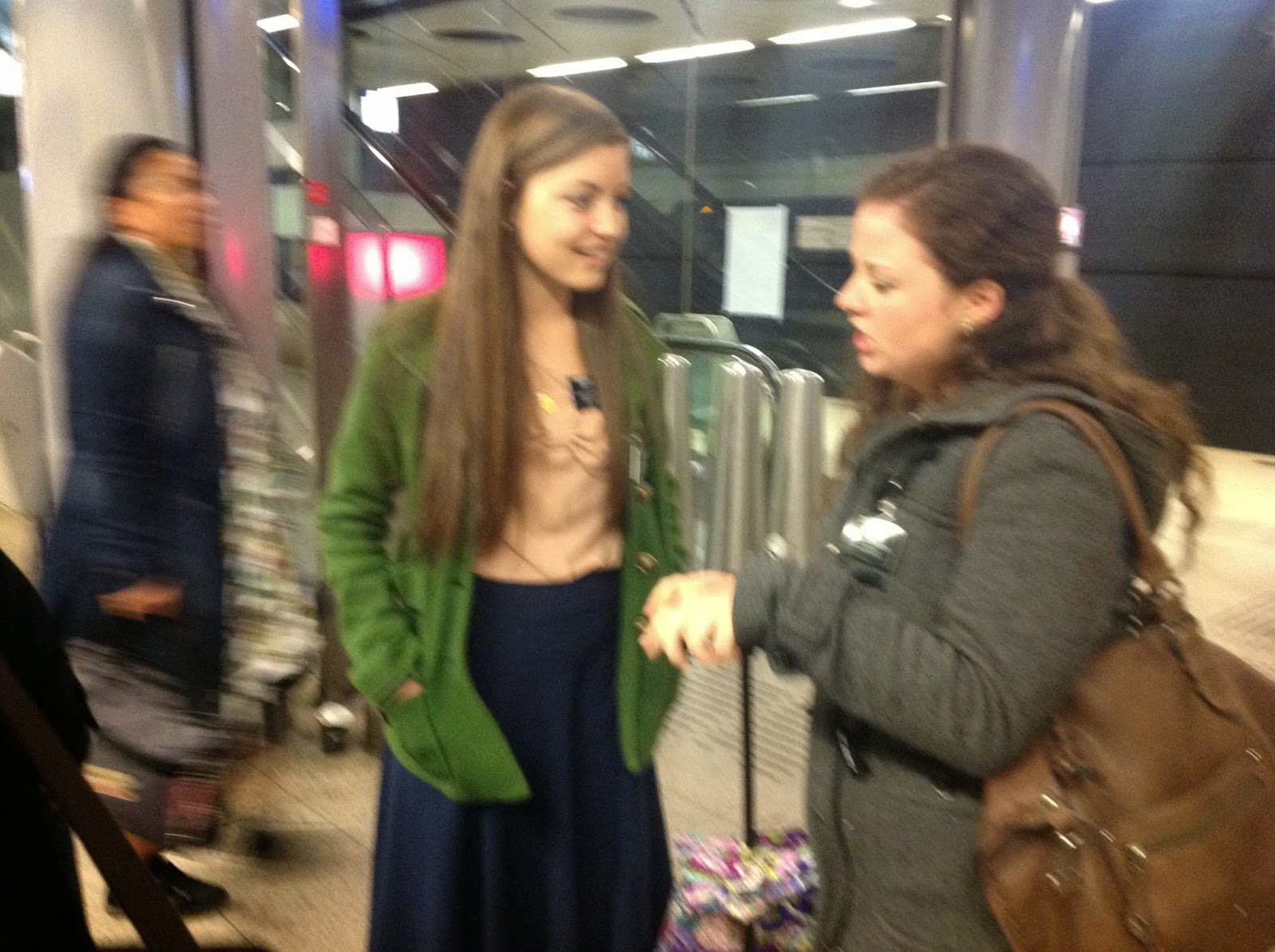 Waiting for the train from Schipol to Leiden Centraal. 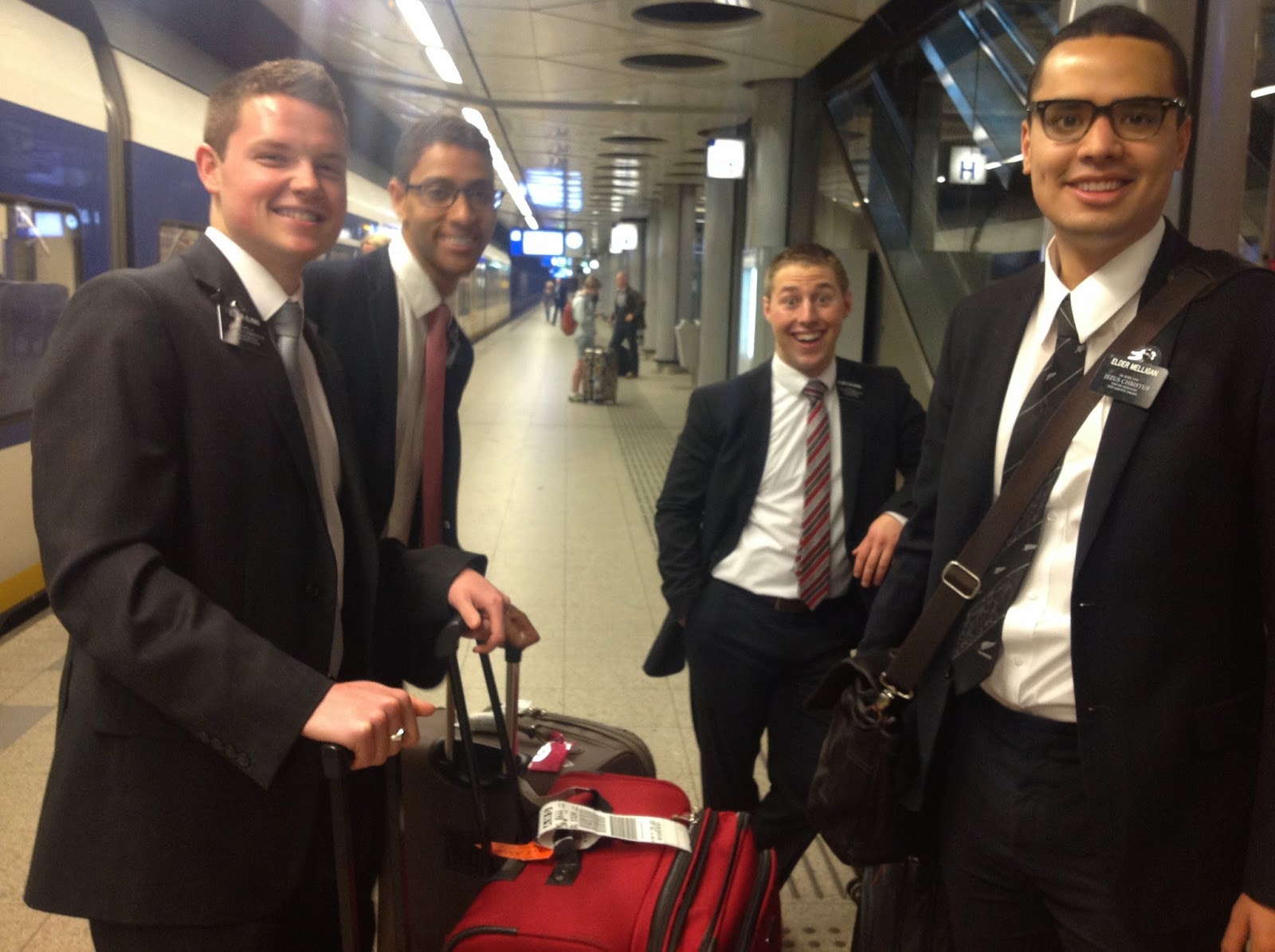 Back to the Mission Office to do all the paper work and then over to Oude Leiden for pannenkoeken. 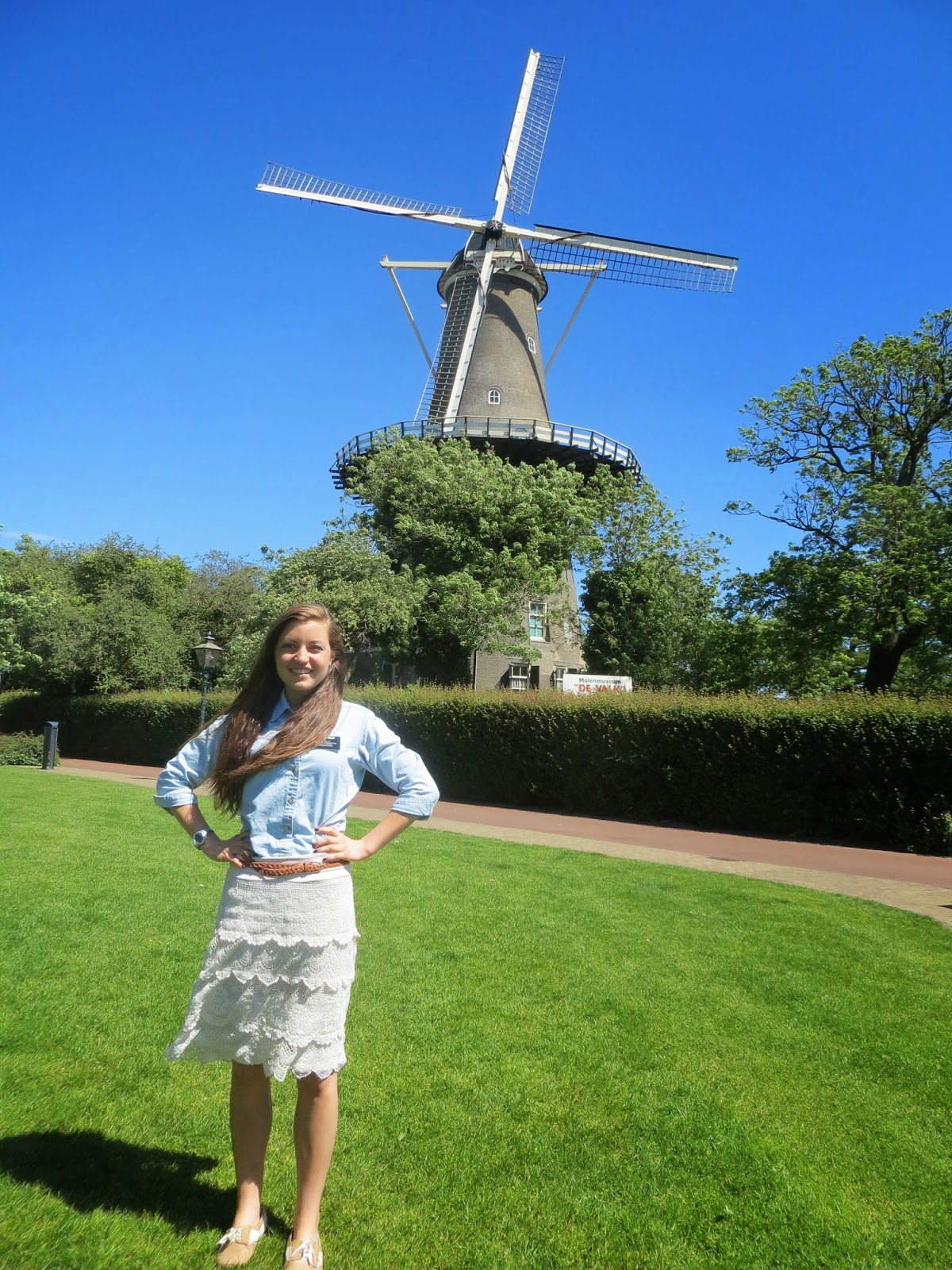 Welcome to the land of Windmills Sister Riley 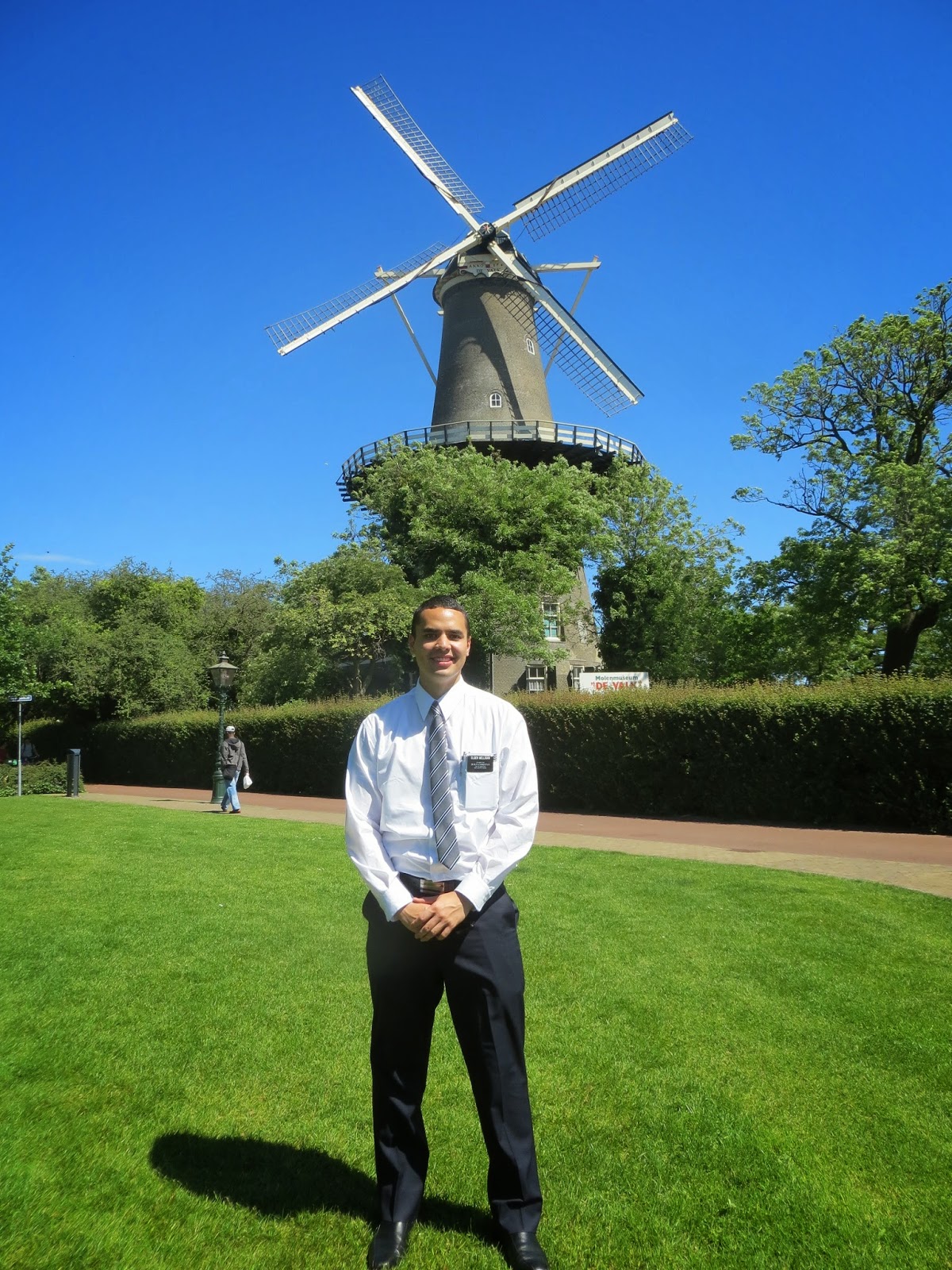 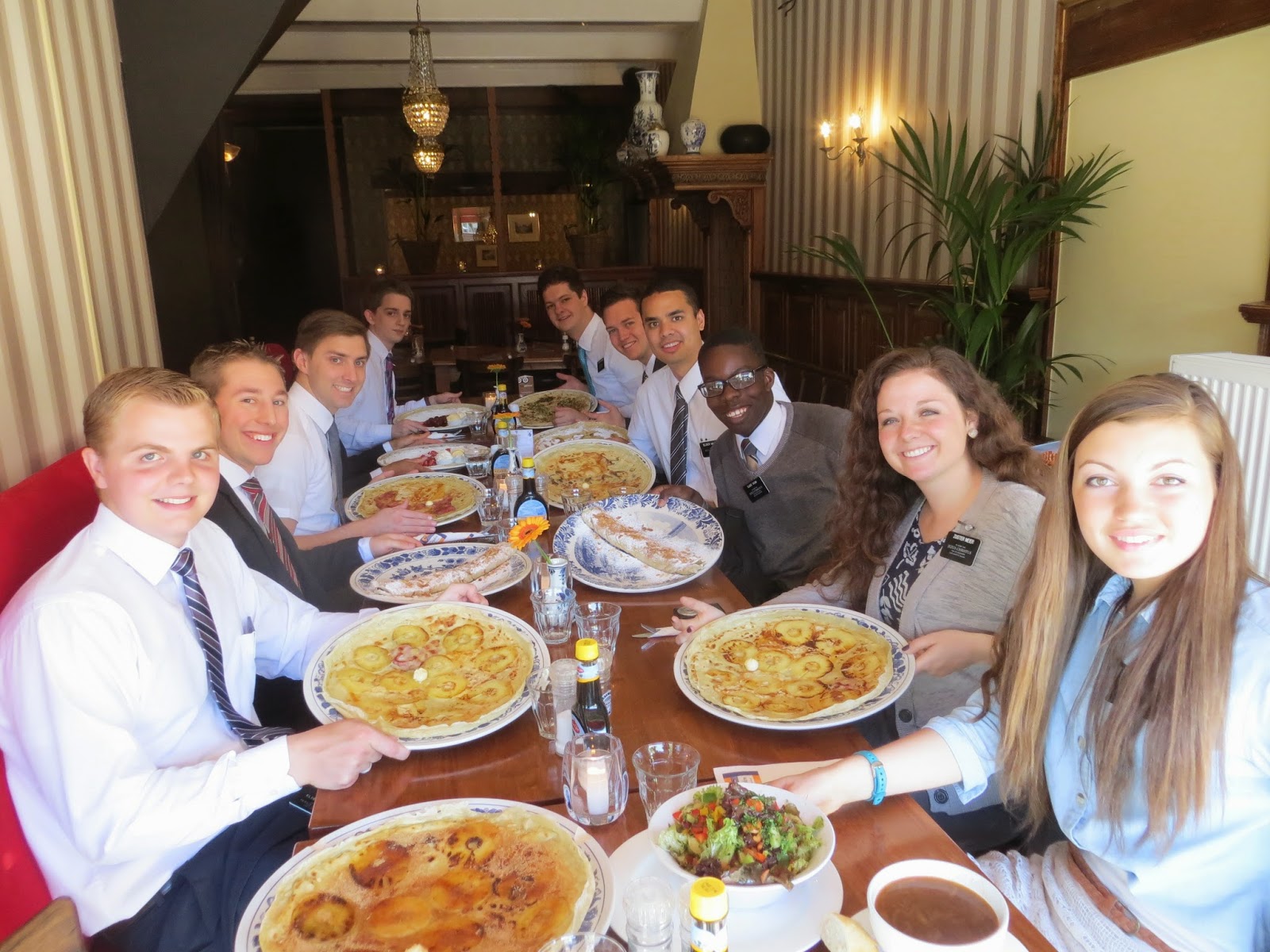 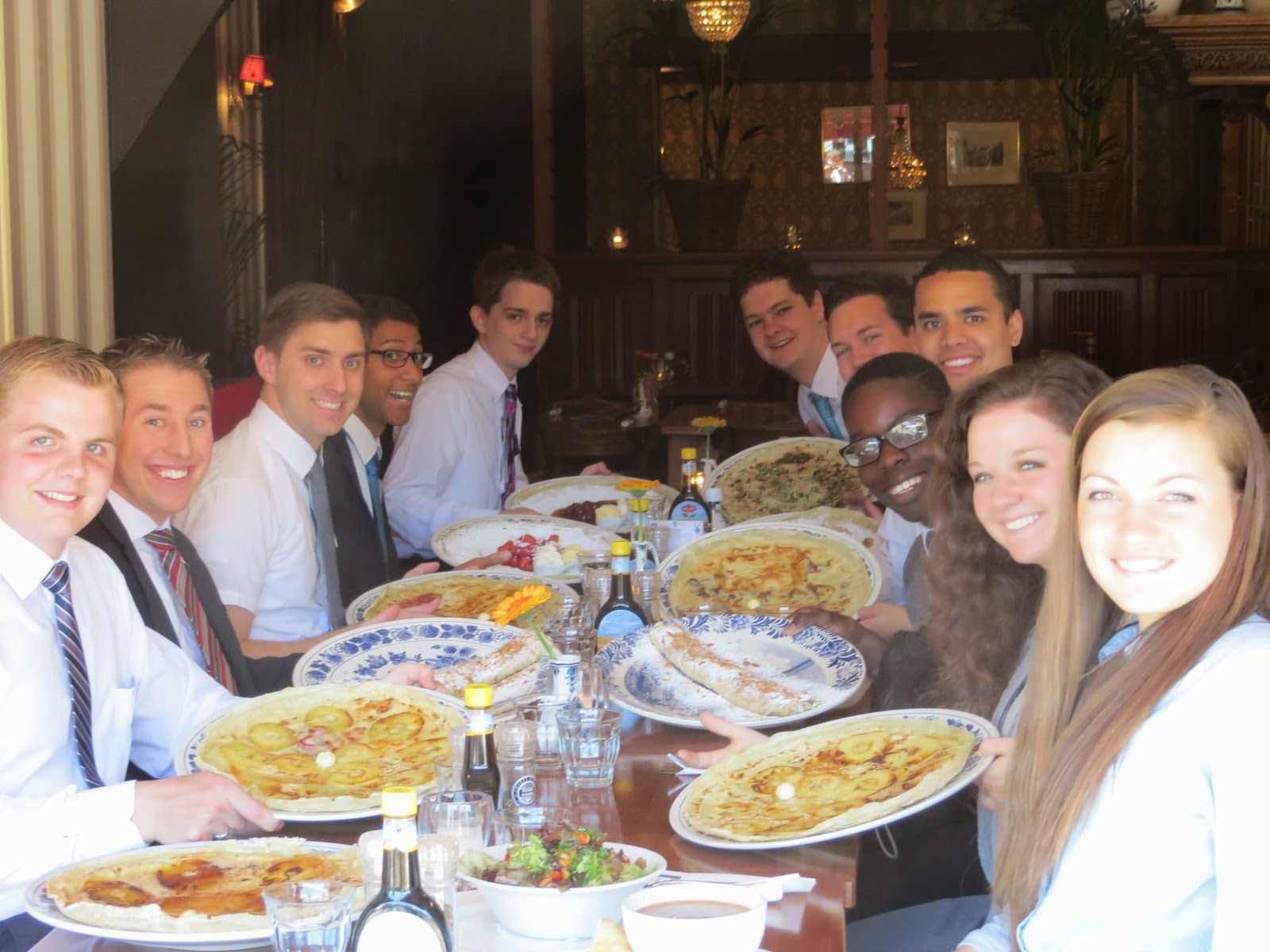 Great lunch for everyone! 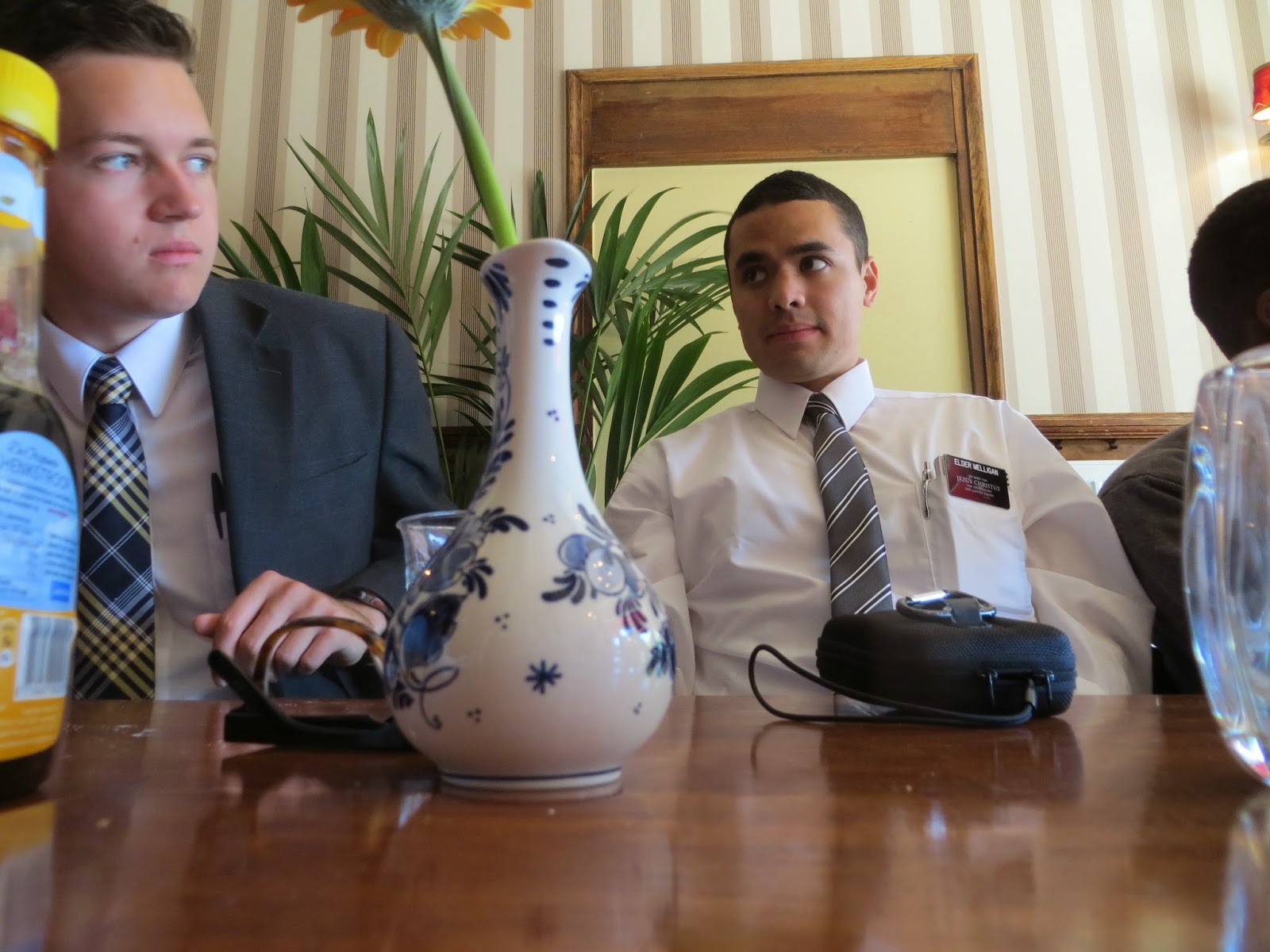 Welcome to the mission and the opportunity to serve the Lord in these two wonderful countries.
Posted by Zuster Robinson at 4:35 PM